This is totally unfair.

How would you feel if you showed up to a track day at Zolder Circuit in a Radical, only to drive into the pits and find a Formula 1 car getting ready to take to the track.

Granted, it being the old Arrows F1 car from 2001 would give you a sliver of hope, but if everything on the A22 holds together, there is no way anyone’s going to keep pace with it.


At the downfall of the Arrows F1 team, the A22 was one of many problems that plagued the team, with Jos Verstappen (yes, Max’s dad) only being able to place 6th at best during the 2001 season, and 18th overall with only one point.

For a little extra context, the only constructor which finished up the season behind Arrows was Minardi, which never even had a podium spot.

That’s the benchmark for the Arrows A22. Sorry, Jos. But that’s compared to other F1 cars. Even a bad F1 car is comically faster than a road car.

Watching the A22 fly past original-era Mini Coopers as if they’re standing still is hilarious, but seeing the former F1 disappointment leave a rather expensive, track-oriented Radical behind puts everything into perspective. 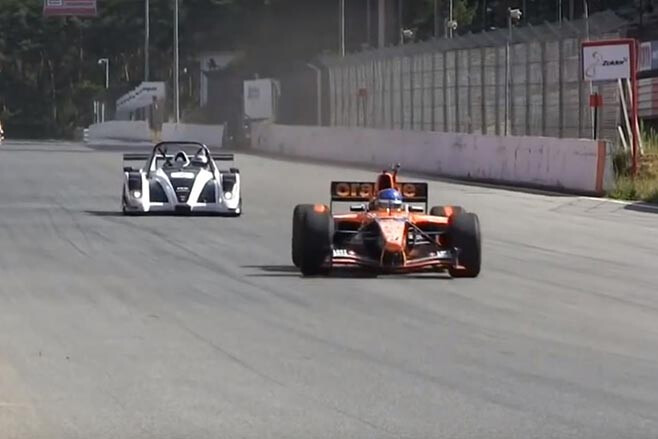 The thing is absolutely unbeatable amongst this company, and we can imagine the faces on each Radical owner becoming slowly less content with each pass.

Although it has to be said, it’d hard to be particularly unhappy when all you can hear is a V10 screaming past you at 15,000 RPM.