Audi has built its performance reputation on the power of the quattro sub-brand, exploiting a heritage of fast all-wheel drive cars that hark back to the iconic ur-quattro from 1980. Now that looks as if it could change.

Speaking at the Goodwood Festival of Speed, British publication Auto Express reports that Audi Sport CEO Stephan Winkelmann has all but confirmed high-performance Audi’s may soon send power to just the rear wheels “I can imagine we can also have cars with rear-wheel drive or two-wheel drive in the future,” he said. 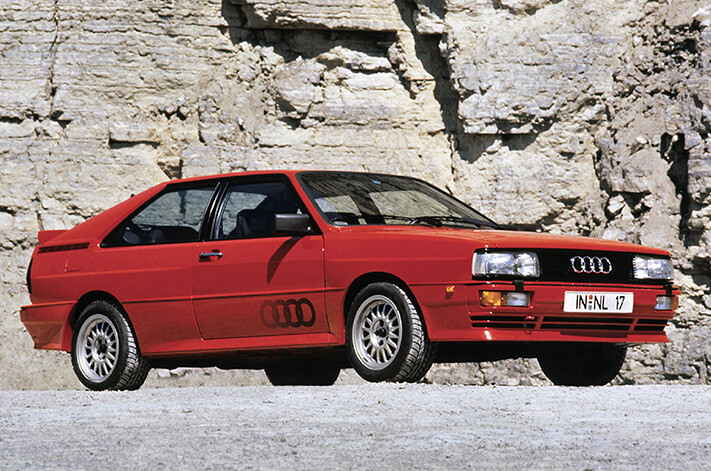 It’s a template that the former Lamborghini boss pursued with some success at Sant’Agata, developing a core line of all-wheel drive performance cars with the occasional purist rear-drive special thrown into the mix to broaden appeal.

Founded in 1983, Quattro GmbH rebranded itself Audi Sport last year, a move that sparked some to question whether all-wheel drive was the sole solution to future fast Audis. “When looking at the name, we decided Quattro could be misleading,” admitted Winkelmann. “Quattro is the four-wheel-drive system and is one of the things that made Audi great – but in our opinion was not the right name for the company.” Last year, Audi cancelled plans to develop its own MLB platform in a company-wide belt-tightening in the wake of the Dieselgate crisis. The alternative for large Audis looked ready-made. Fellow group member Porsche’s MSB platform that underpins the new Panamera and will also sit beneath the next Bentley Continental GT appears the obvious candidate for the next generation A6, A7 and next-but-one A8. And that certainly opens the door to the option of rear-drive hot Audis.

So perhaps Winkelmann was right in pushing to change quattro gmbH to Audi Sport after all. And why, for the first time in almost 80 years, we might get rear-wheel drive Audis. Here’s hoping they’re worth the wait.