The 2019 Chevrolet Camaro SS divided opinion upon its reveal with a new front end featuring the risky ‘flow tie’, a relocation and alteration of the Chevrolet badge.

Now, Chevrolet has revealed a show car for SEMA in the form of a Camaro SS highlighting its revised front end and a new colour – Shock Yellow. 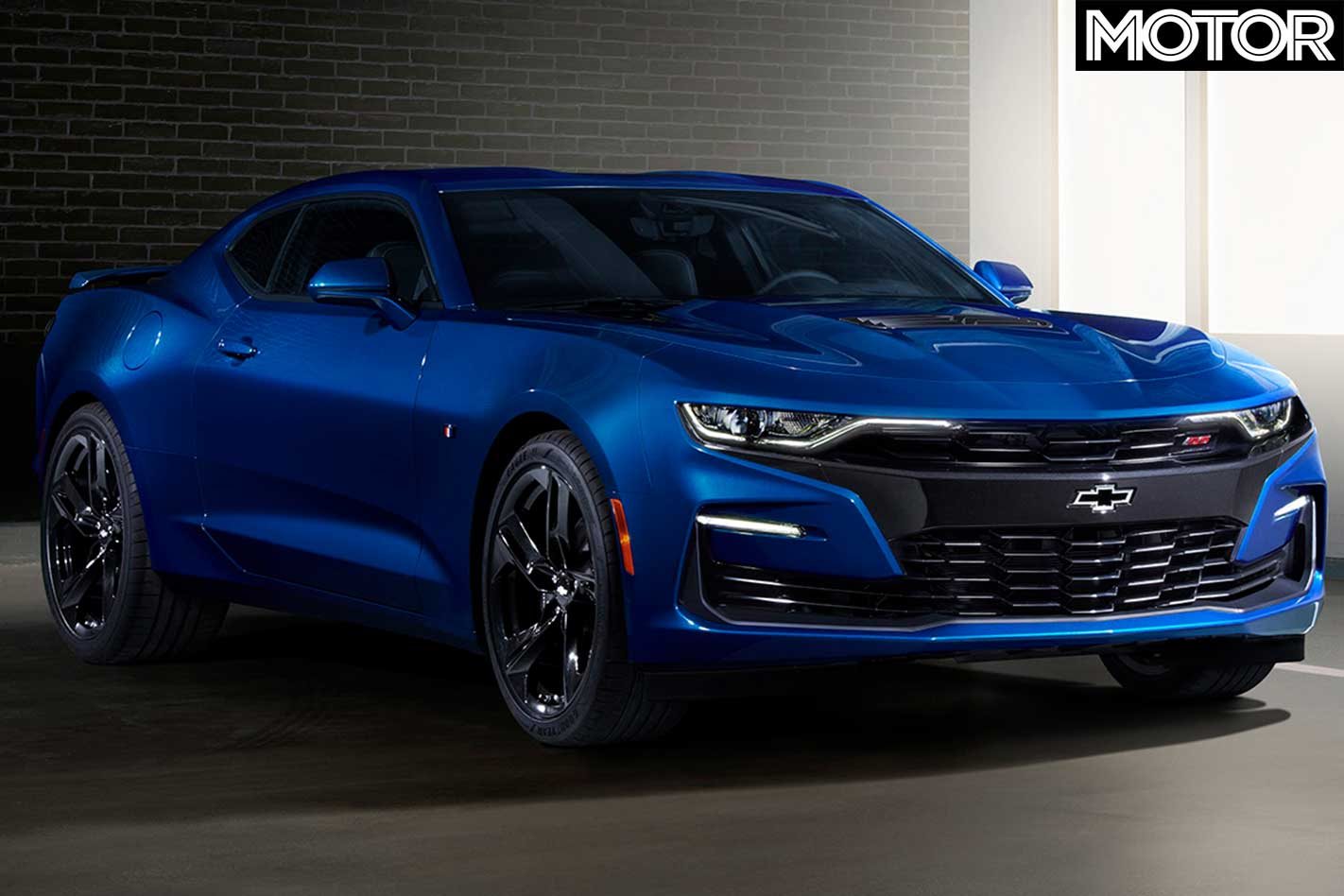 The new front end is what is more likely to draw fans back in, however, as it places the Chevrolet badge firmly back where it previously lived – between the headlights in the grille rather than on the middle of the front bar bodywork.

The front bar also now features the same painted colour as the rest of the body, rather than being a contrasting black trim element.

Chevrolet Marketing director Steve Majoros says the Camaro is customisable with a host of performance parts, though he doesn’t confirm whether the re-styled front end will become a reality for buyers. 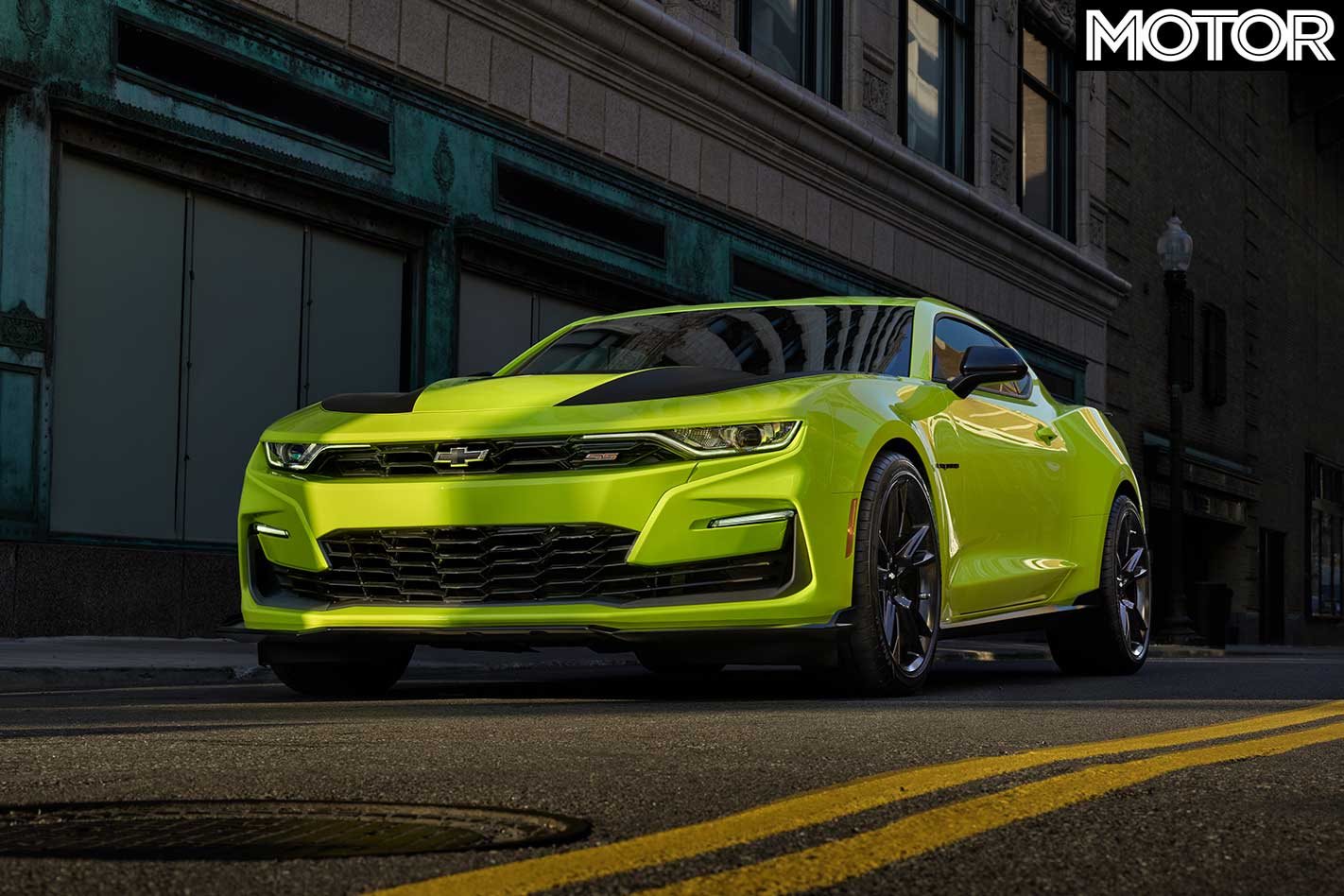 Given its similarity to the more traditional ‘Camaro look’ and the reaction to the ‘flow tie’, it’s possible this new badge and front bar arrangement might be made available.

“There’s a fresh look for the 2019 Camaro, which is restyled, reinvigorated and offers more choices and new technologies,” says Majoros.

“It’s the perfect canvas for personalization, and the new Shock color and available accessories demonstrate only some of the possibilities customers have to make the Camaro entirely theirs.” 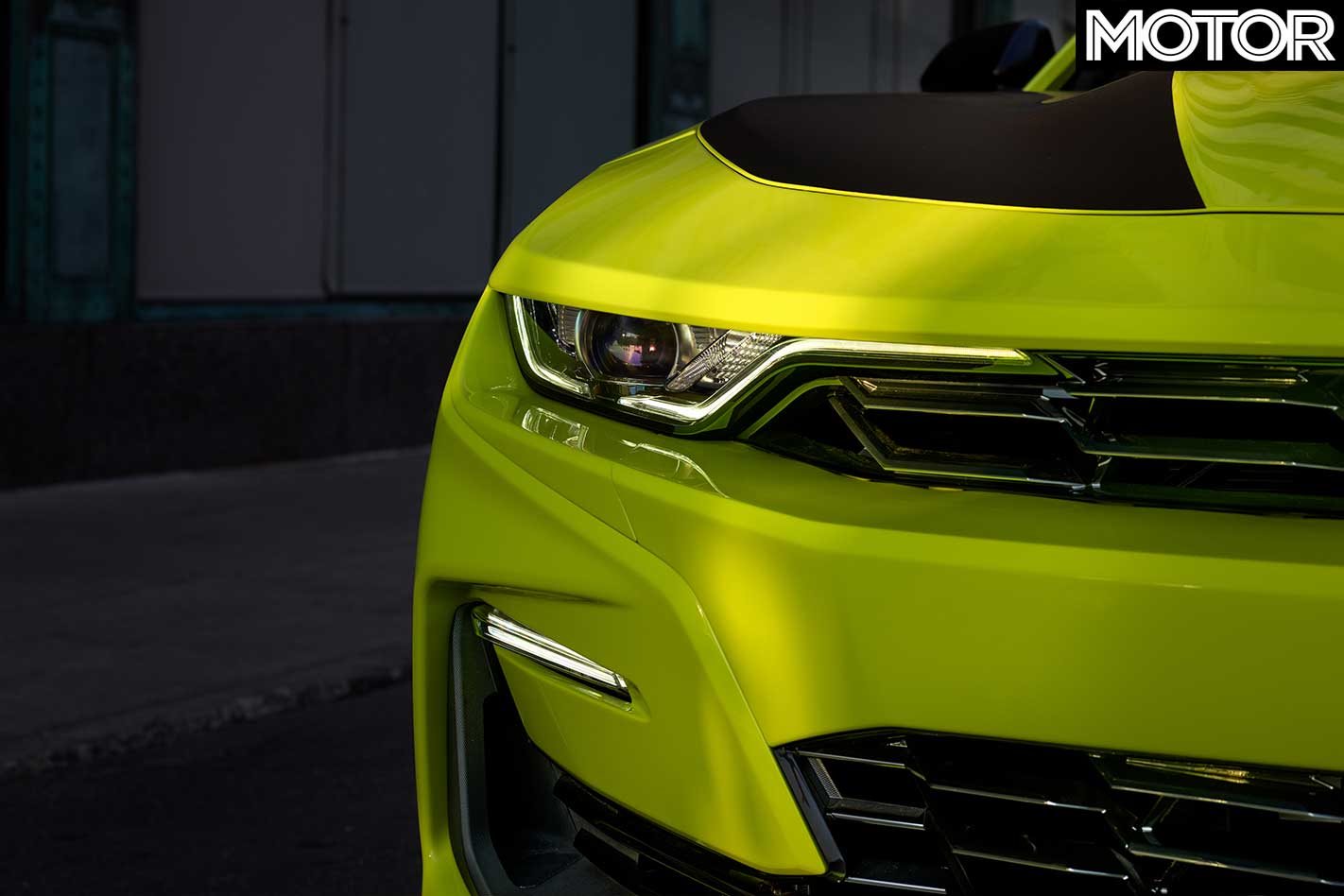 Options that Chevrolet has confirmed for the 2019 car include a black wing spoiler and black badges, cold-air induction, Recaro seats, Brembo brakes, and 1LE-dervied suspension upgrades.

Australian availability for these parts will likely be subject to HSV’s intentions, but only once the next generation Camaro arrives in Australia.