Ford Performance has revealed the latest Cobra Jet, but it’s not a V8 beast, and you can’t buy it.

Instead, this is a one-off, fully electric Ford Mustang Cobra Jet 1400 prototype, but it’s still a beast even without the V8.

Under the bonnet is an impressive display of electric tech making 1044kW (or 1400hp, thus the name) and 1491Nm for the Cobra to make instant use of, allowing it to tear up the drag strip in… well, Ford hasn’t actually said officially, but estimates it’ll run a quarter “in the low-8-second range at more than 170mph (274km/h). 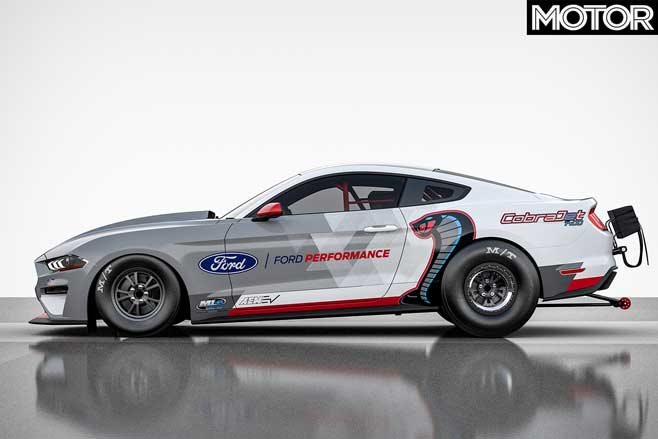 Ford didn’t undertake the task of building the Cobra Jet 1400 alone though, calling on a few suppliers and other companies for specific tasks: MLe Racecars to help with the build, design, and tuning; Watson Engineering for chassis support and the roll cage; AEM EV for software and motor calibration ; and inverter and motor supplier Cascadia.

Ford Performance motorsport director Mark Rushbrook says the project was an exercise in using a familiar platform to develop future tech and should be “the first of many coming” ventures.

"This project was a challenge for all of us at Ford Performance, but a challenge we loved jumping into,” says Rushbrook.

“We saw the Cobra Jet 1400 project as an opportunity to start developing electric powertrains in a race car package that we already had a lot of experience with, so we had performance benchmarks we wanted to match and beat right now.” 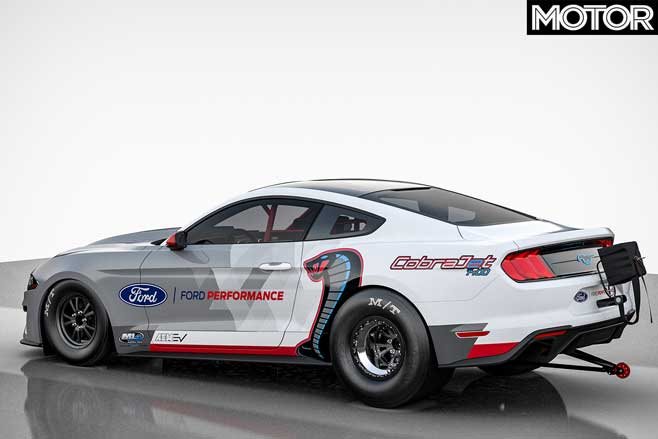 Dave Pericak, head of Ford’s ‘Icons’ like the Mustang and the GT, say motorsport is the best way to develop new innovations.

“Electric powertrains give us a completely new kind of performance and the all-electric Cobra Jet 1400 is one example of pushing new technology to the absolute limit.

“We’re excited to showcase what’s possible in an exciting year when we also have the all-electric Mustang Mach-E joining the Mustang family.”

Ford says the Cobra Jet 1400 will appear at drag events in the future, while the world awaits the arrival of the production Mustang Mach-E.