MERCEDES-BENZ has Tesla in its sights. The German brand has confirmed it will launch its first all-electric model in 2018, tipped to be a large sedan to rival the likes of the Tesla Model S.

Likely to sit between its C-Class and E-Class in size, Benz’s first all-electric car will be have a range of 400-500km, will seat five, and will ride on a version of the company’s MRA (Modular Rear Architecture) platform.

Mercedes board members Dr Thomas Weber and Ola Kallenius confirmed to Wheels at the Detroit motor show that the first electric Mercedes-Benz would arrive in 2018.

Respected journalist Georg Kacher had previously reported that Mercedes planned to launch four electric cars in the near future - two sedans and two SUVs. However, Mercedes refused to speculate on other possible models. 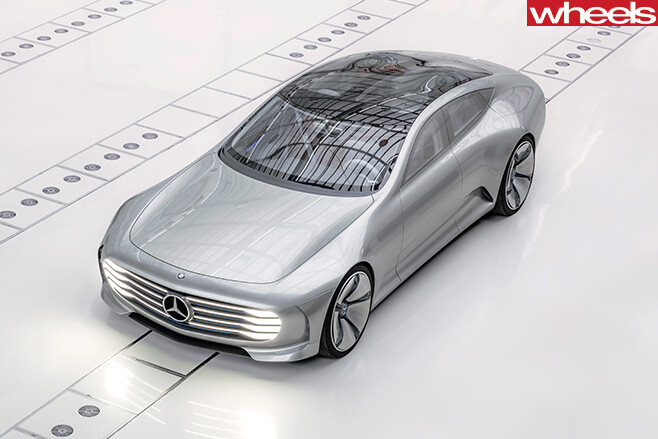 “We will start with one, but be prepared for more to come later,” said Weber. “We have decided that as well as our standard cars and the plug-in offensive, that we will have a full electric vehicle with between 400-500km of range available in a short period of time.”

“The case of Tesla shows there is an element of sexiness of the more higher segment of an electric car, so we made a decision to go into that as well,” he said. “In 2018 we will have a very exciting electric vehicle.” 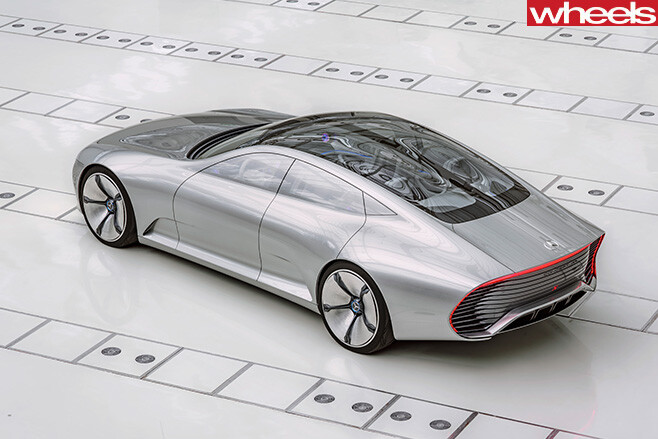 Kallenius fell short of labelling the future model as a Tesla fighter, but did say it would be a “360 degree Mercedes”, with class-leading performance, efficiency and styling.

The electric Benz is expected to take design inspiration from the company’s Concept IAA, revealed at the Frankfurt motor show last year - and pictured on this page.

As for speed, Kallenius would not be drawn on whether the electric Benz would match the brutal performance of the Tesla Model S. With Ludicrous mode activated, the Tesla can hit 100km/h from rest in under 3.0sec. 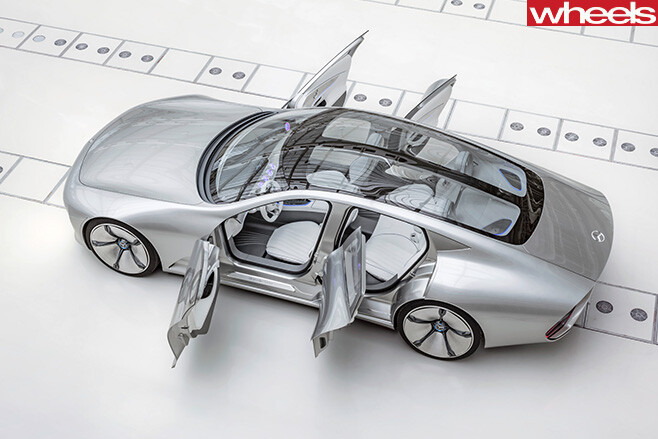 “It’s fair to say Tesla has shaken up the market a little bit and woken a few people up, so kudos to them for doing that,” said Kallenius. “We’re going to make sure we’re very competitive with our product portfolio.”

Kacher reports Benz is working on two electric drivetrains: one with a 300kW electric motor driving the rear axle, and a faster version with an extra motor propelling the front wheels.

But while Benz is pushing hard to bring an electric model to market, both Weber and Kallenius raised concerns about its volume and profitability. 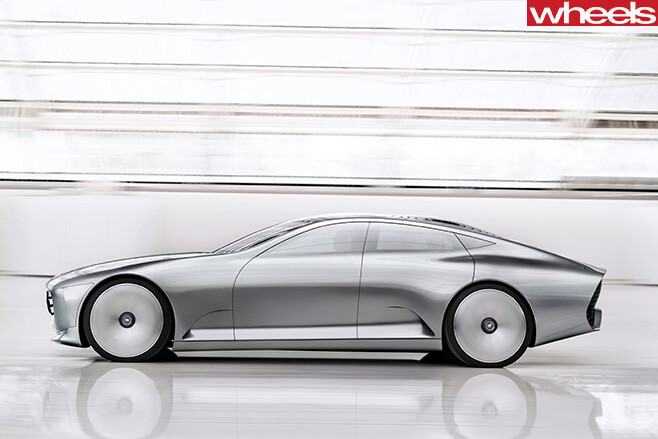 “Maybe in 2018 will be the time that the volume starts to get a little more interesting in that segment because up until now the volumes have been kind of low,” said Kallenius.

Weber added “On the EV side it seems to be hard to make money so far. The best example is Tesla. Overall their results from six years is not really favourable.”

Tesla built and delivered 50,580 cars in 2015, which is a drop in the ocean compared with the 1.87 million cars Mercedes sold over the same period.