THE Jaguar i-Pace – the British luxury marque’s first electric car – has been unveiled at the Los Angeles Motor Show ahead of its expected 2018 showroom debut.

The 4680mm long, fastback coupe-styled i-Pace sits on a 2990mm wheelbase that places it somewhere between the slightly shorter F-Pace SUV and the slightly longer XE sedan. Its fastback design combined with a compressed glasshouse mimics that of a growing class of SUV coupes, including the Porsche Macan, Mercedes-Benz GLC and the BMW X4. 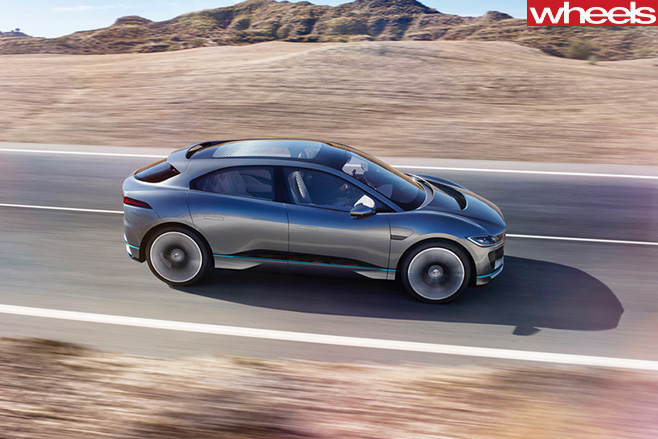 Similar to the Tesla Model X, the i-Pace uses dual electric motors – one integrated into each axle – to provide all-wheel traction. Each motor sends 150kW and 350Nm to the wheels, for a performance car-rivalling combined output of 300kW and 700Nm.

The i-Pace will use a 90kWh lithium ion battery pack sandwiched in the floor to give it a 120mm lower centre of gravity compared with the F-Pace. The battery pack is big enough to wring out a 500km range – enough to out-distance a Tesla Model X P90D. 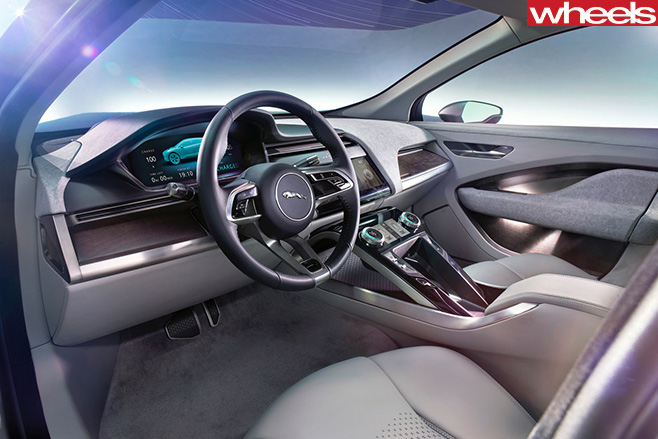 While the electric Jag will go further than a Model X, it is unlikely to out-pace it. The i-Pace will sprint from 0-100km/h in “around 4.0sec”, Jaguar says, with a top speed of 250km/h.

The sandwiched battery pack means that interior space is unlikely come at a premium. The cab-forward look of the passenger cell suggests plenty of room to carry five passengers in comfort, while the 535-litre boot is bigger than that of the Jaguar F-Pace, which Jaguar claims is a class leader for load-lugging ability. 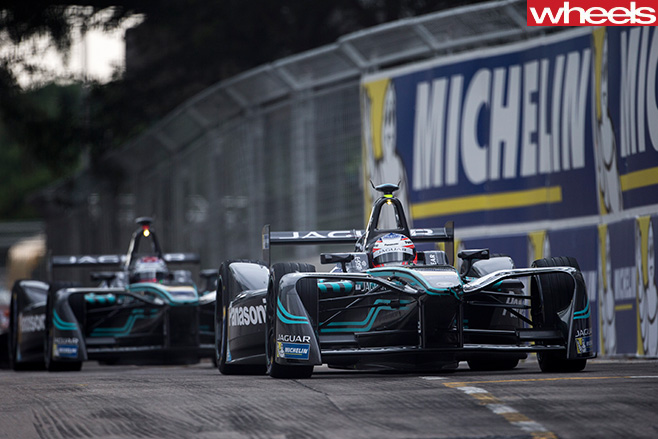 The i-Pace is expected to sit above the F-Pace in Jaguar’s showroom, potentially costing more than $100,000 by the time it arrives in production guise in Australia. It will also likely need to take on a new class of battery-fuelled competitors, including the Audi Q6 e-tron, also confirmed for production and due for release in 2018. The final shape of the Q6 e-tron is expected to closely follow the styling of the concept car shown at Frankfurt in 2015. 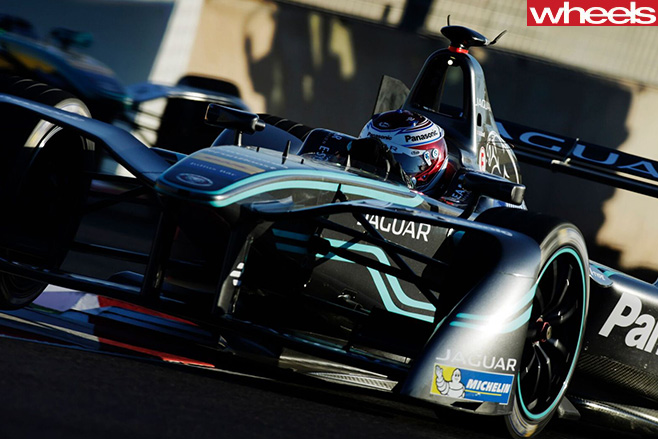 Jaguar has also trademarked the i-Type name, suggesting the SUV’s technology will one day filter down into the more conventional sedan, convertible and coupe bodyshapes.