THE Porsche Cayenne Turbo – the wildest version of Porsche’s large SUV yet – will feature an adaptive roof-mounted spoiler that will provide high-speed downforce and cut braking distances.

Due in Australia in mid-2018, the BMW X5 M and Land Rover SVR rival will also adopt Porsche’s 48-volt active suspension system and advanced torque vectoring to give 911-like handling in a soft-roader package. 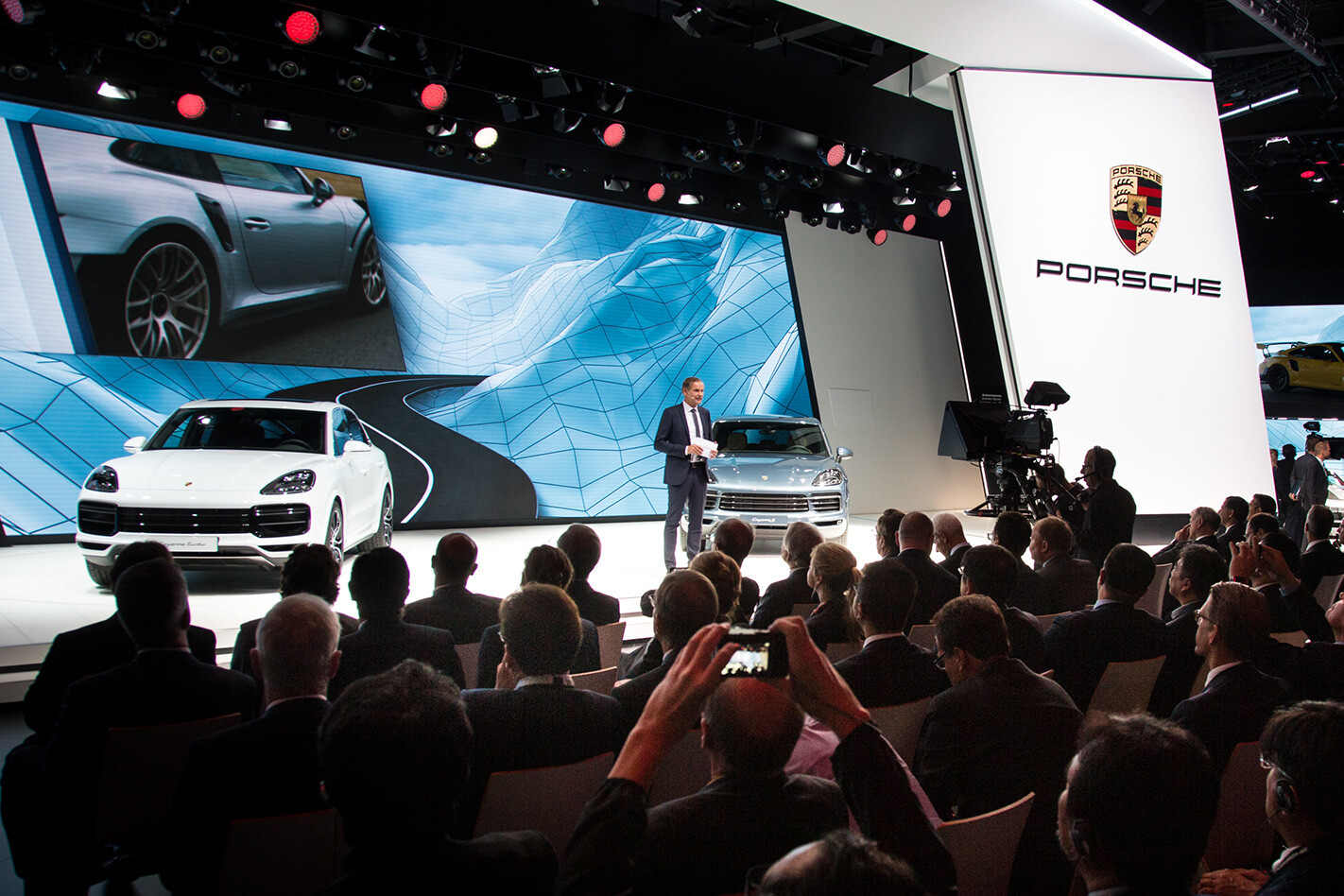 The highlight of the 2018 Porsche Cayenne Turbo is that active roof-mounted spoiler – a claimed world first for an SUV. “Depending on the position, [the spoiler] optimises efficiency, increases downforce on the rear axle, and, in the airbrake position, shortens the braking distance from higher speeds,” Porsche said. “At full braking from 250 km/h, the SUV comes to a stop up to two metres shorter as a result.”

Under the bonnet, the low-mounted 4.8-litre V8 with its turbochargers lying inside the vee ups performance by 22kW over its predecessor to a whole 404kW. Torque, meanwhile, jumps 20Nm to 770Nm. Combined with its eight-speed automatic gearbox and all-wheel-drive, the Cayenne Turbo will sprint from rest to 100km/h in 4.1 seconds, a 0.3sec advance on the Cayenne Turbo it replaces, which is similar as the previous-gen Turbo S and faster than almost half the 911 line-up. Add the Chrono pack, and that time drops to 3.9sec. 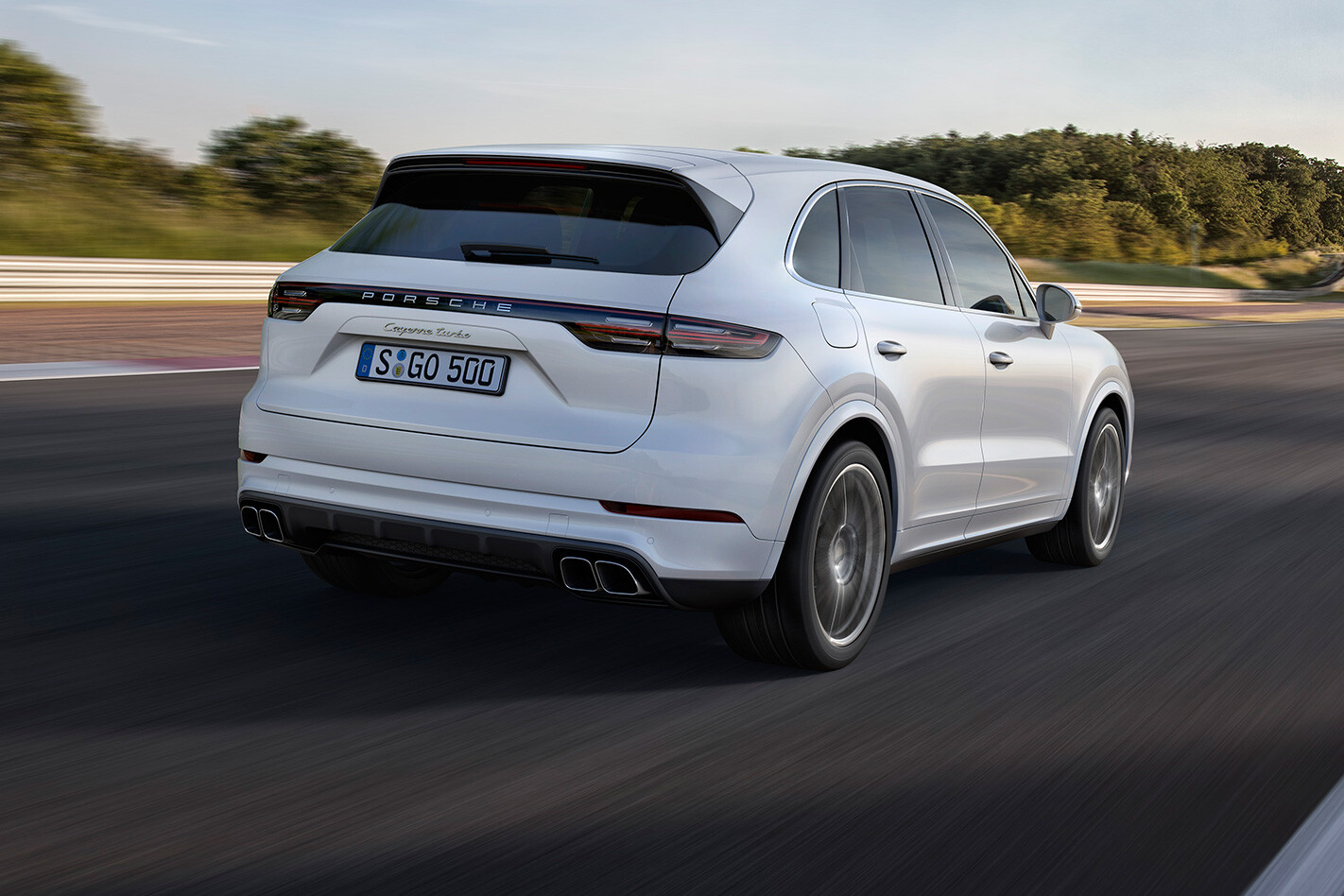 The Cayenne Turbo comes equipped with active all-wheel drive, a new version of the Porsche 4D Dynamic Chassis Control (electronic stabiliser system) that swaps out the old hydraulic system for a new 48-volt electrical one, three-chamber air suspension, and much more than just a token nod to off-road ability. The driver can select from four driving modes – Normal, Sport, Sport Plus, and a customisable setting – via a dial on the steering wheel that features the same Sport Response mode that instantly taps the SUV’s maximum potential.

The move to the Cayenne’s lighter chassis has introduced a front axle featuring a separated link design and a multilink rear axle. The electric rear-axle steering system, which Porsche says was “tried and tested both in the 911 and the Panamera”, will help with cornering agility around and stability when changing lanes at high speeds. The reduced turning circle also makes every day handling easier, it said. Mixed tyres – ranging from standard 19-inch to optional 21s – adopt a sports car attribute by staggering wheel sizes to also help improve dynamic ability while cornering. 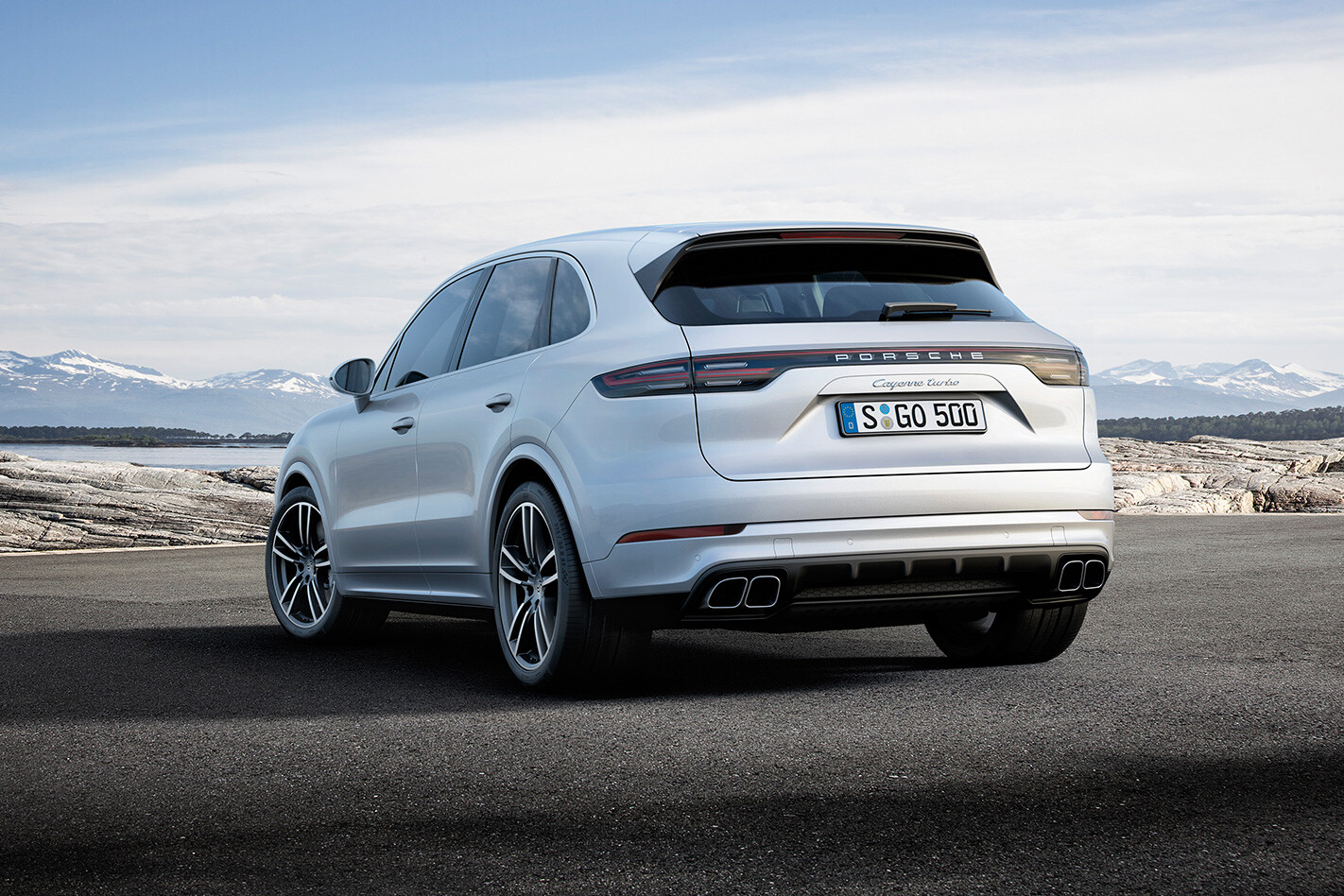 While the new Cayenne sits on the same 2895mm wheelbase as the model it replaces, the overall length has grown 63mm to 4918mm. This has had an impact on interior space, with the boot alone growing in volume to 770L; 100L over the old Cayenne.

The more potent Cayenne will use a tungsten-carbide coating for its cast-iron disc brakes – optional on the entry-level Cayenne and Cayenne S – as standard, with carbon ceramic brakes on the options list. Inside, the Cayenne Turbo gains the multimedia system developed for the Porsche Panamera and also rolled out in the 911, including a 12.3-inch touchscreen. An analogue tacho remains in front of the driver, but to either side are 7.0-inch screens that display all other relevant driving data, as well as additional information selected using the multi-function steering wheel. 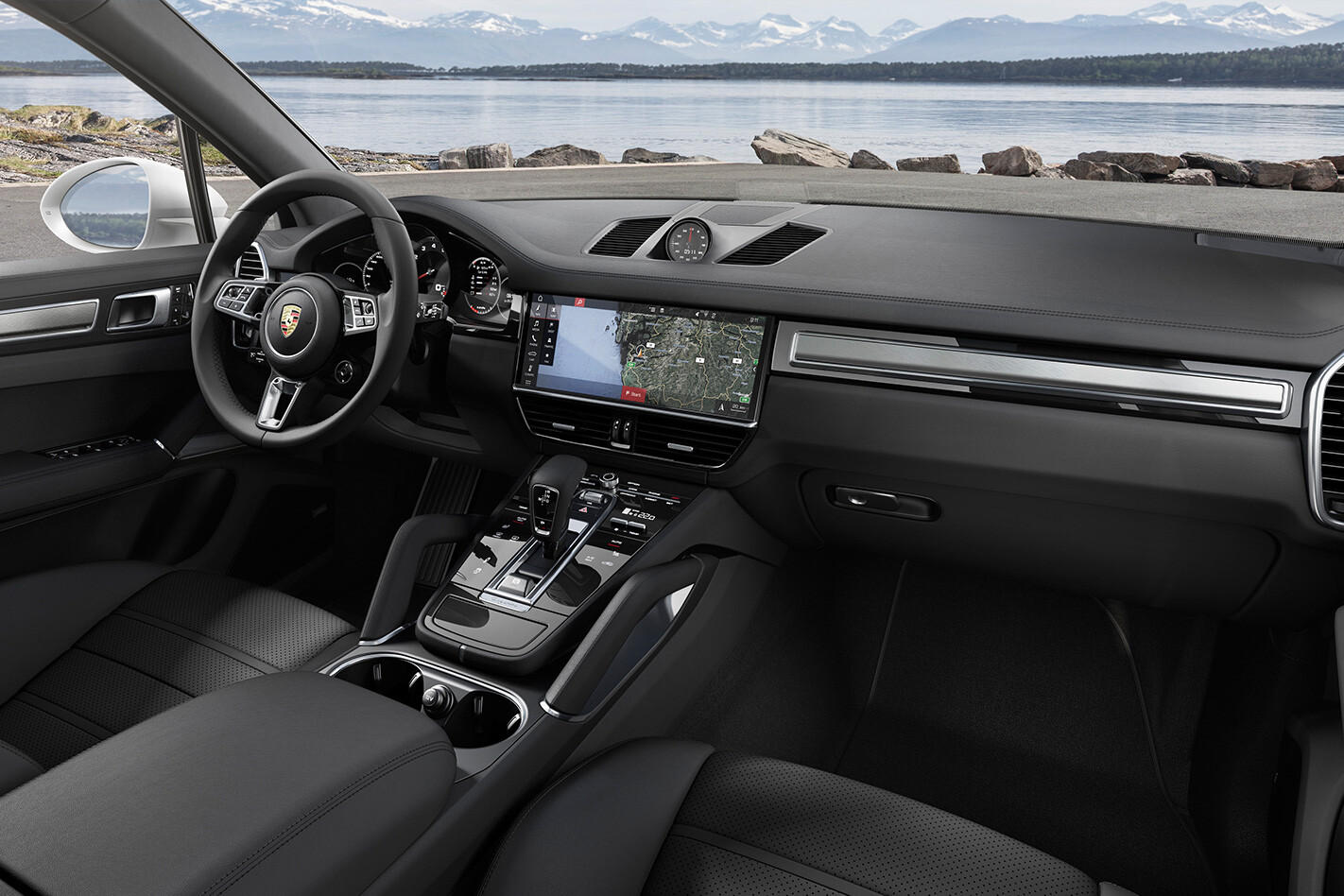 The Cayenne also adds a thermal imaging camera that will spot animals – and wayward pedestrians – in the dark.

Porsche says pricing for the entire Cayenne range will be released early next year. All three versions of the performance SUV will go on sale in mid-2018.