MERCEDES-BENZ has officially revealed its EQA concept after weeks of drip-fed teasers.

The compact concept is the second addition to the EQ sub-brand, which represents Mercedes-Benz’s ambition for an all-electric model range. 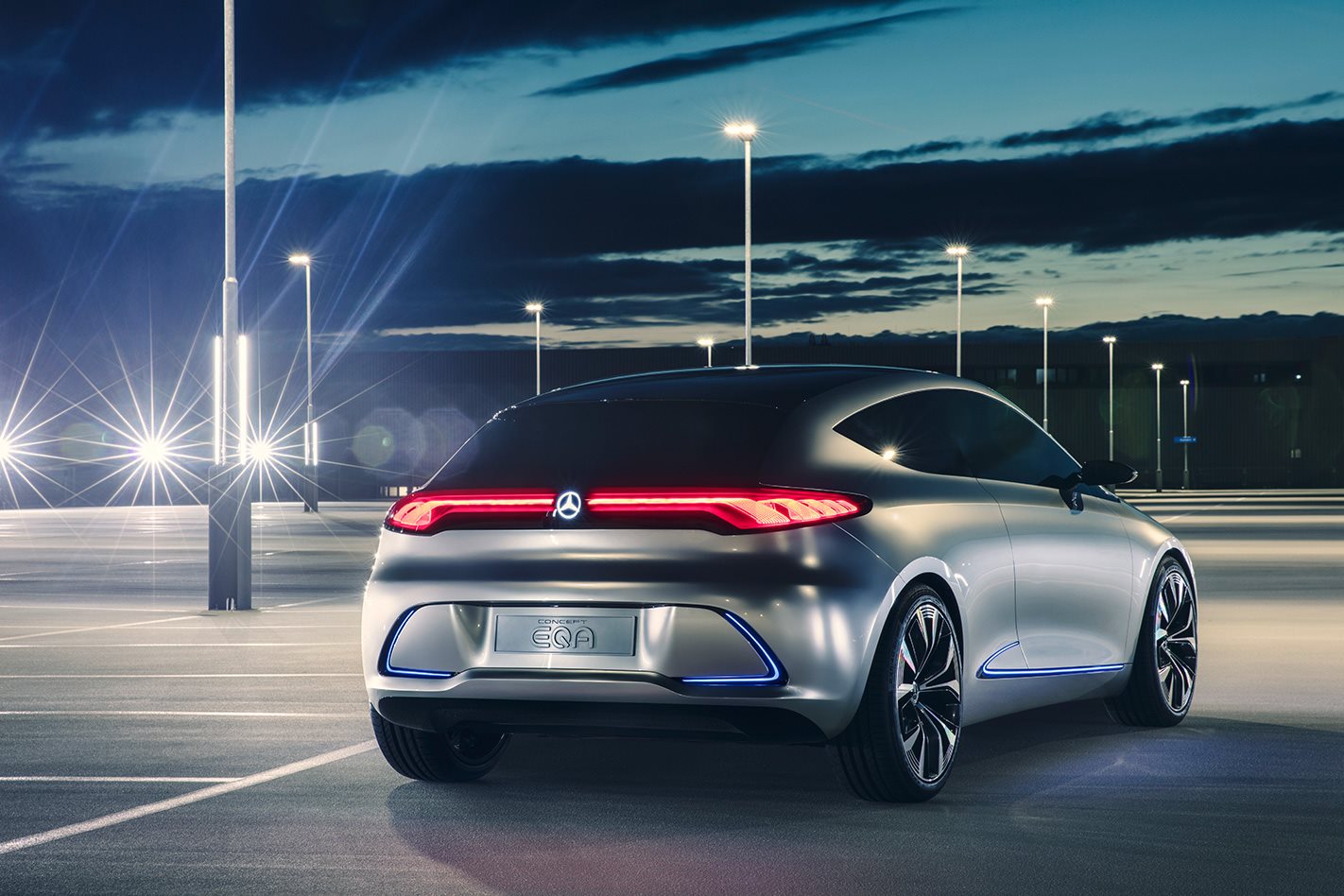 With a pair of electric motors (one on each axle) the EQA is being touted as an ‘electric athlete in the compact segment’.

Range is estimated to be around 400km, putting it on the same level as the Tesla Model 3, which has started production already. 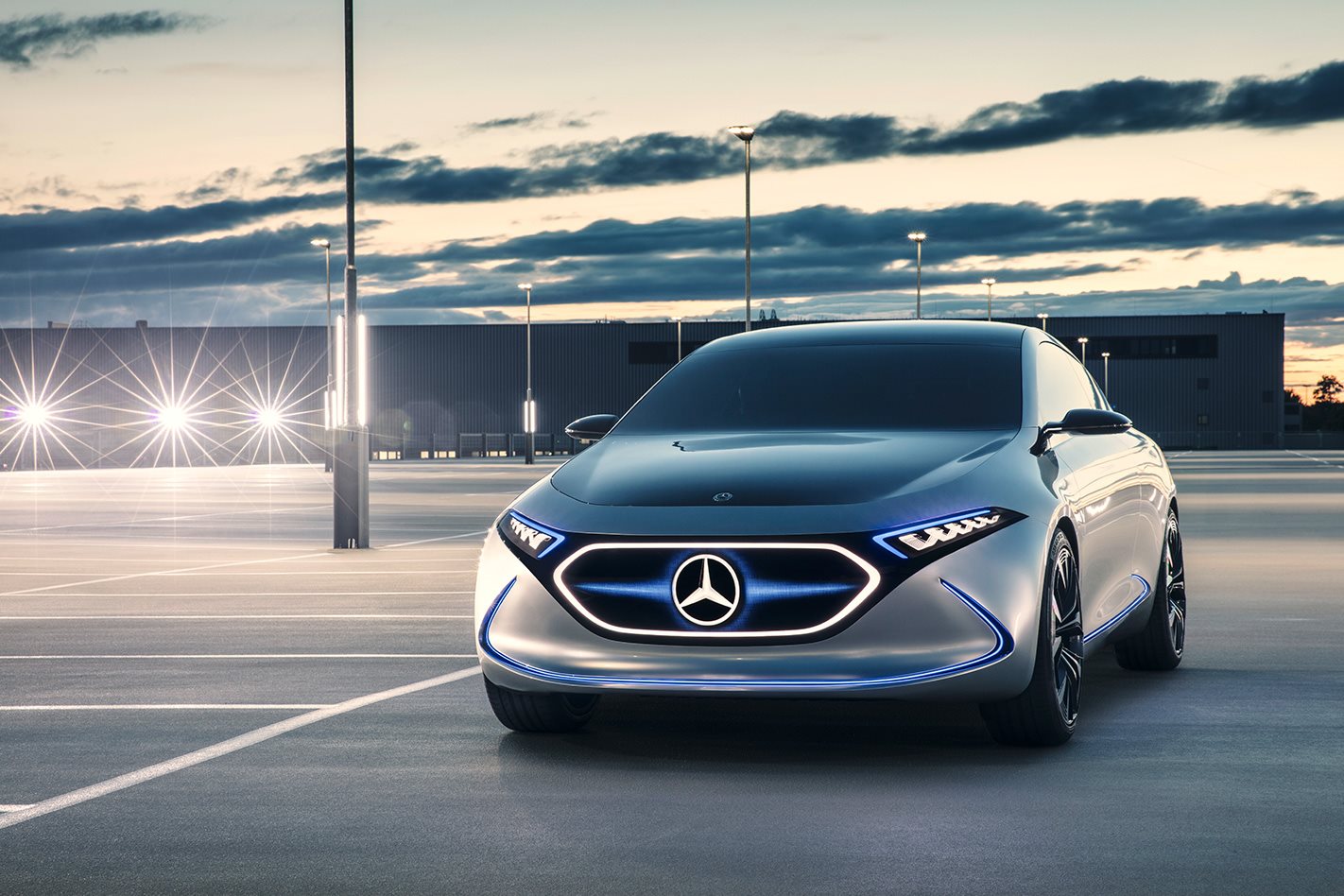 Mercedes-Benz claims the EQA will be able to be recharged with 100km of range in just 10 minutes from a rapid charging station.

Inductive charging and wall box units for homes would also be available should the EQA see production.

Two drive modes are available in the concept, Sport and Sport Plus, offering different levels of front to rear torque distribution for the permanent all-wheel drive system, and allowing for individual driving characteristics. 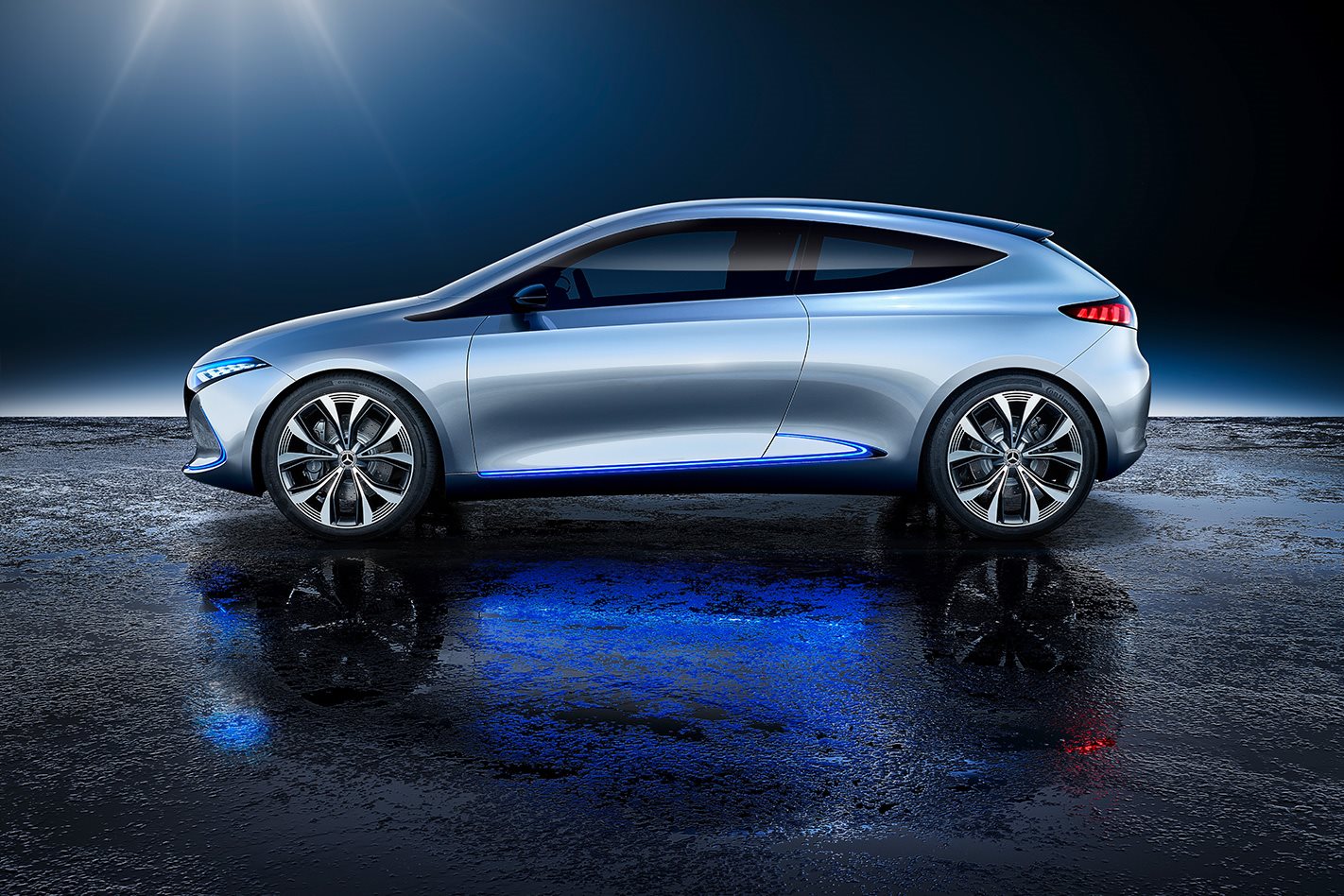 “The Mercedes-Benz Concept EQA proves that we are serious about introducing electric mobility throughout the portfolio." 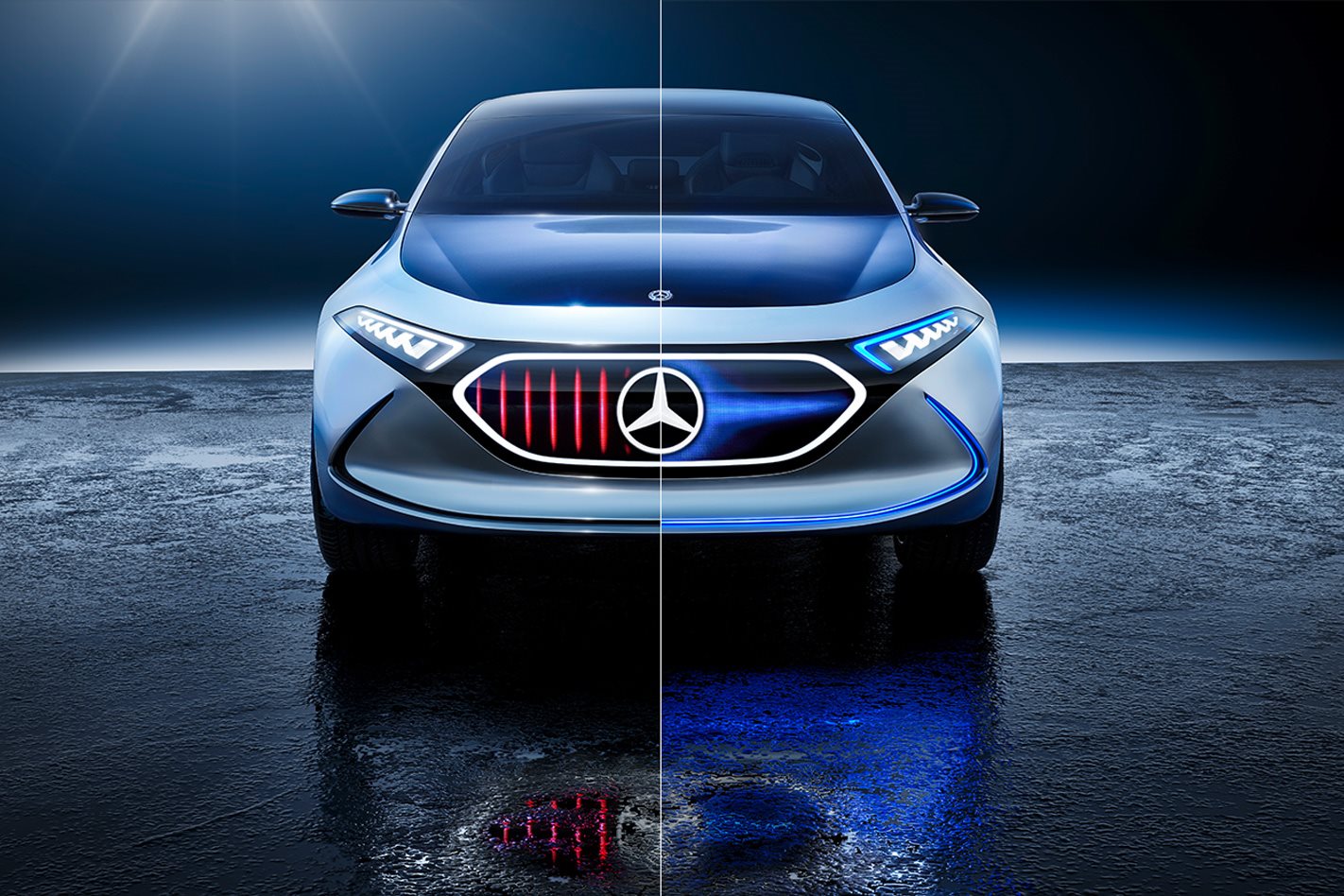 The EQA’s design follows from the Concept A Saloon which made its debut in Shanghai earlier this year, and gives us a solid look at what Mercedes-Benz’s design language could look like in the future.

It also joins the EQ concept to build on the brand’s electric family.

Riding on 20-inch wheels, Mercedes highlights the car’s short overhangs, and large glasshouse as a signature of future electric designs. 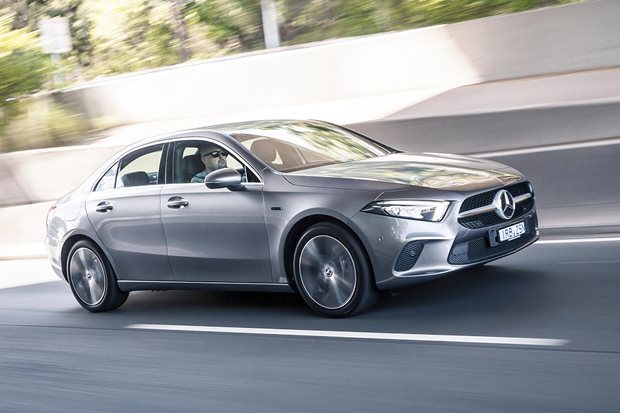