The drapes are slowly being pulled back from McLaren’s second-gen supercar… and we like what we see.

McLaren’s brand-new mid-level supercar has been unceremoniously leaked ahead of its first public showing at the Geneva Motor Show next week – and on the same day as an official teaser of the 720S’ trick new shape-shifting dashboard was released.

That means we now have a good idea of what to expect of the first second-generation ‘Super Series’ model from the British supercar specialist, both inside and out. While the full details are still top-secret, the wow factor is already incredibly high.

The “Folding Driver Display” alone is cool enough. A fairly standard electronic instrument panel (well, standard for upper-echelon sports cars like this) sits behind the steering wheel, displaying a digital speedo, rev counter ribbon (or a trad analogue tacho clock if you prefer), diagnostic displays and shift lights. Nothing unusual there. 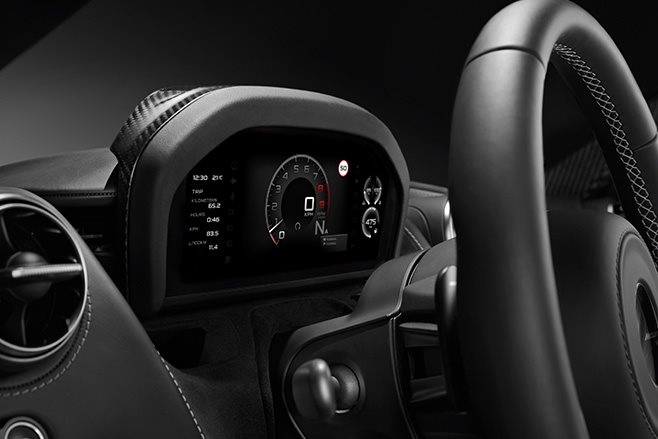 Except at the push of a button, it folds away, Transformer-like, to be replaced by a slim and simplified LCD strip that shows just the basics – gear position, speed, revs. Someone’s a fan of minimalism over at McLaren’s Woking HQ.

Someone’s also a fan of their set of French Curves. We’ve seen the 720S in camouflaged form before, but these leaked images courtesy of Bloomberg are our first solid peek at its bodywork, and there’s nary a straight line to be seen.

The styling language is ultra-organic and recalls the McLaren P1 hypercar strongly, from its mesh-filled rear bumper cutout, thin LED tail light bars to its semi-gullwing doors. Meanwhile the clamshell rear wing not only provides huge surface area for a vital aerodynamic element, but is also a visual nod to the 675LT.

Take a close look at the doors themselves, and you can see just how elaborate and intricate the aero-optimised bodywork of the 720S really is. 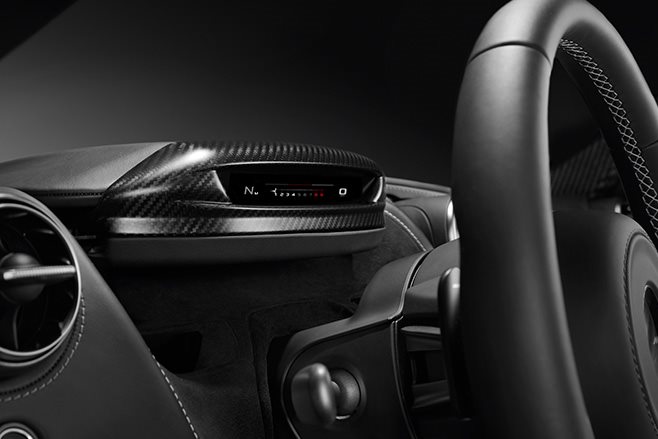 With the doors open, the 720S’ all-carbon tub is on full display. Evolved from the carbon-fibre architecture that debuted in the MP4-12C and that has served in everything from the 540C to the mighty P1 since, chassis rigidity and passenger comfort are said to be improved with the new architecture.

Mounted just behind the carbon cell will an enlarged version of McLaren’s existing 3.8-litre twin-turbo V8, now measuring 4.0 litres in displacement and churning out 720 metric horsepower – or 530kW in a more sensible metric. For your reference, the 675LT makes 496kW while a Ferarri 488 GTB cranks out 492kW.

Performance stats for the 720S are going to be mega, but we won’t know the true magnitude of its capabilities until March 7 when the doors swing open at Geneva. Check back then – unless the full slew of info happens to get leaked.

Can’t contain your hunger? Then enjoy the below video showing a 720S prototype being drifted with no mercy by McLaren’s chief test driver. 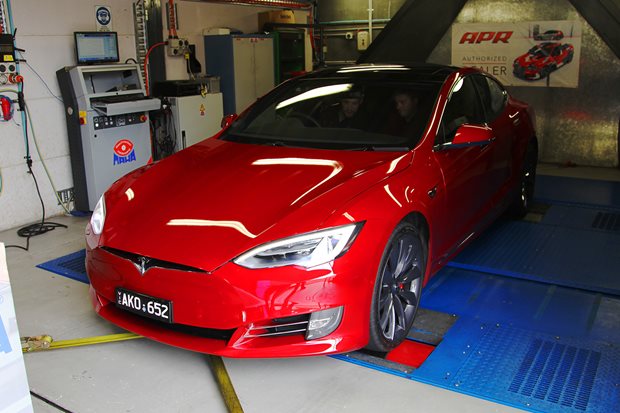 Putting the world’s quickest sedan on a dyno yielded some interesting results.