Kia has pulled the covers off a turbo version of its all-new Picanto hatchback – with what reads like the DNA of a driver’s car.

THE 2017 Kia Picanto due to be unveiled in Geneva next month could come with one model packed with enough of the buzzwords to make driving enthusiasts salivate – and could even one day carry a GT badge.

Kia overnight pulled the covers off its third generation of the light city-friendly hatchback revealing a car that fits in the same dimensions as the old one, but with modern looks.

But delve deeper through the press kit, and there are a few signs the Picanto has the potential to be more than just another boring shopping trolley.

The first is the choice of engines. We’ll probably get a new 62kW/122Nm 1.2-litre four-cylinder engine in the base model, but among the mix could be something that’s caught our eye: a 74kW/172Nm turbocharged three-cylinder powerplant mated exclusively to a five-speed manual gearbox. 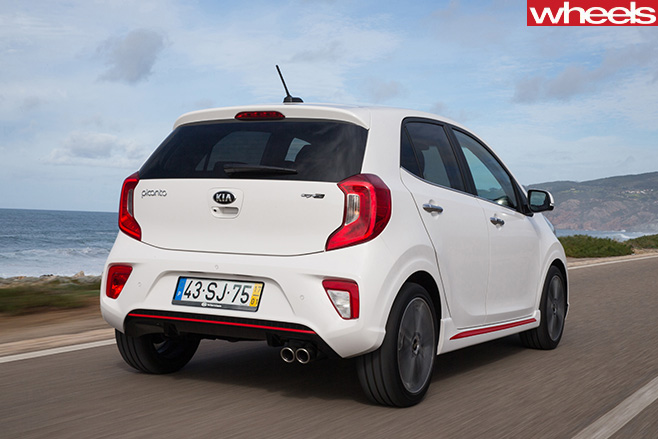 Kia Australia is believed to be keen to bring the manual Picanto to Australia – some customers at the price-driven edge of the Australian new car market would much prefer to have it over the four-speed automatic, not to mention it would allow Kia to shed about $1500 off the price of the entry-level model – adding weight to the idea the turbo triple is under serious consideration.

Then there’s the body. As part of the generational leap, the 2017 Picanto includes more ultra high-strength steel, meaning less metal, and therefore weight, is needed. Combined with more structural adhesive designed to reduce scuttle shake, the Picanto has improved torsional rigidity by a claimed 32 percent.

Underneath, the Picanto will keep its MacPherson strut front end and torsion beam rear. However, the wheelbase has stretched 15mm as the front wheels move further forward, and the roll bars are 2.0 percent stiffer at the front and sit lower while the rear one is 5 percent stiffer and built higher into the reshaped axle featuring redesigned trailing arms.

Not only that, but Kia says the new Picanto’s steering is quicker, and electronic torque vectoring – using the brakes to help rotate the Picanto in a corner – is potentially part of the package. 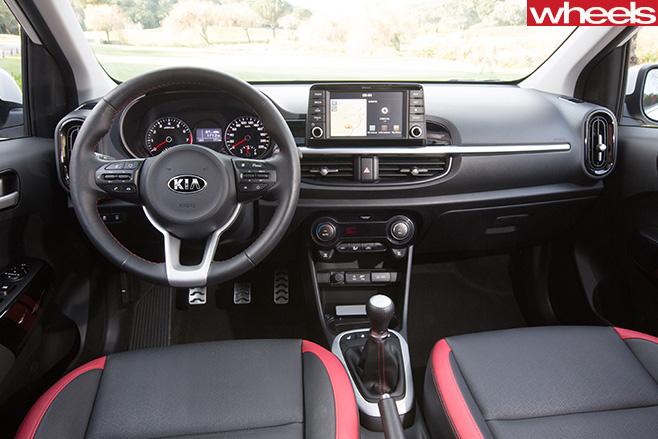 If it comes here, the most expensive Picanto-badged car in Kia’s line-up will likely wear the GT-Line badge that has already rolled out to other models in the Korean carmaker’s showroom, including the Sportage and Kia Sorento SUVs, and the Cerato. However, so far the GT-Line package is more about offering extra levels of luxury than additional dollops of performance.

Kia says the turbocharged three-cylinder engine will launch on the global market late this year.

The carmaker has indicated it is keen to add a performance sub-brand to its showroom, similar to how sister brand Hyundai is close to rolling out its first N-badged model, the 202kW Hyundai i30 N.

Like Hyundai, Kia says rolling out products under a planned GT badge, due in about 2019, would have to include significant performance upgrades.