THE Toyota RAV4 unveiled at the New York Motor Show overnight has revealed a transformation for the midsize SUV, due on sale in Australia in the first half of next year.

The biggest is the move to a hybrid drivetrain – a first for the version of the RAV4 sold in Australia – as part of the shift to the same Toyota New Generation Architecture (TNGA) platform that underpins the more dynamically competent Prius, Camry and C-HR, and the upcoming Corolla due on sale here in August. The default engine for the range will be a new 2.5-litre unit – an update of the four-cylinder engine that powers some versions of the current RAV4 and similar to the one powering the closely related Camry mid-size sedan. It will also be used in the hybrid version of the RAV4, which means the petrol-electric RAV should benefit from the Camry’s 160kW/423Nm powertrain. All conventionally-engined versions of the RAV4 will come with an eight-speed automatic transmission that will lock up on all but the first gear, while the hybrid will use an efficiency-maximising CVT.

The car maker has also announced that a 2.0-litre version of the RAV4 will join the range, and Toyota Australia has already confirmed buyers will have the option of equipping it with a six-speed manual instead of the eight-speed auto. While the 2.5-litre engine claims a 40 percent thermal efficiency, the 2.0-litre extracts slightly more energy per unit of fuel with an efficiency rating of 41 percent – surprisingly close to the theoretical limit of internal-combustion piston engines. 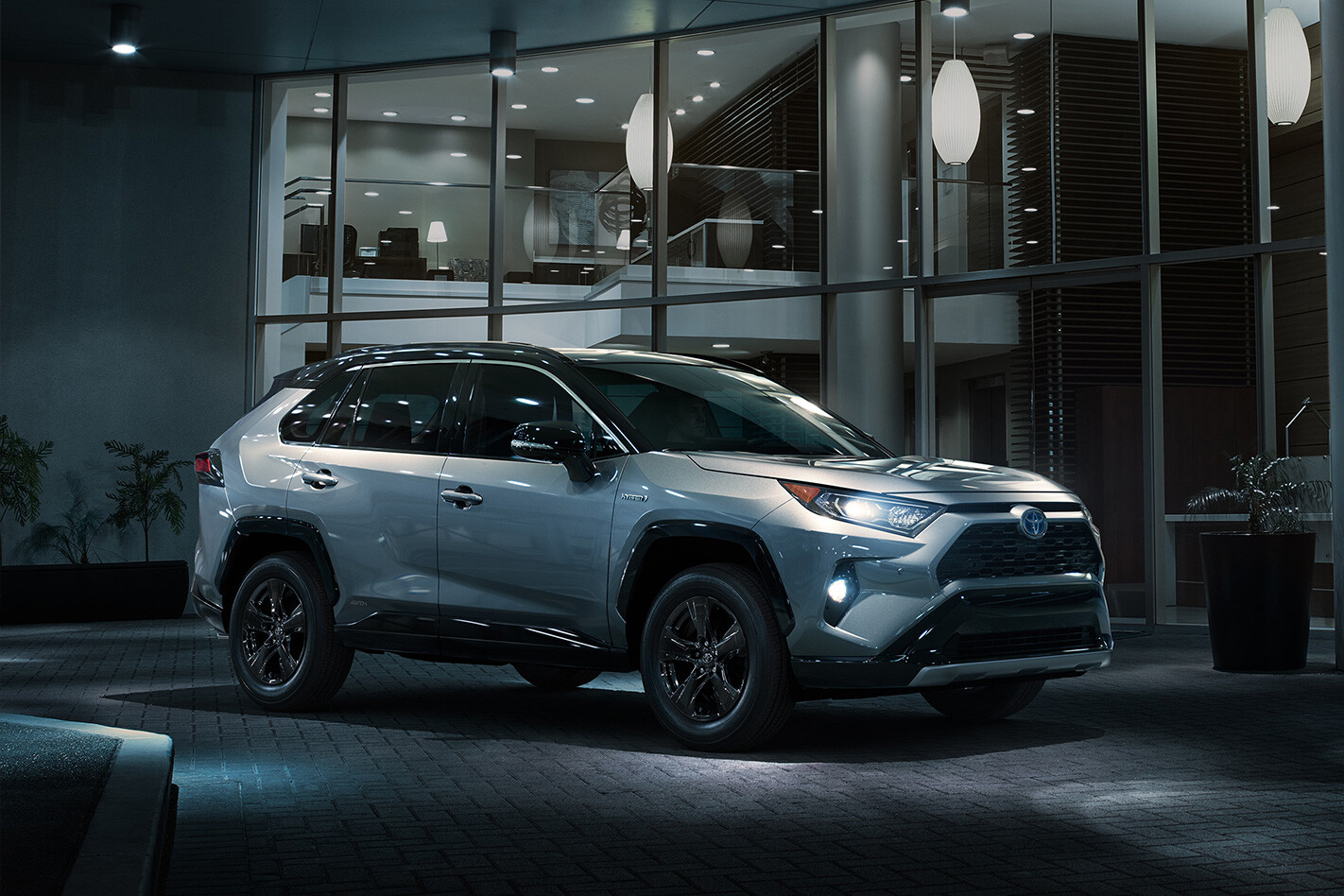 The new-gen RAV4 sits on a longer wheelbase with the move to TNGA, and a wider front and rear track compared with the current midsize SUV that it will replace. The press release doesn’t confirm that the new RAV4 keeps the MacPhersons up front, but it does adopt the same multilink/double A-frame rear suspension as the other vehicles built off the same platform.

A newly-developed AWD system can send up to half the RAV4’s drive to the rear wheels, and can disconnect the rears to coast along like a front-driver. But the more advanced system can also distribute torque from side to side down the rear, depending on the need. 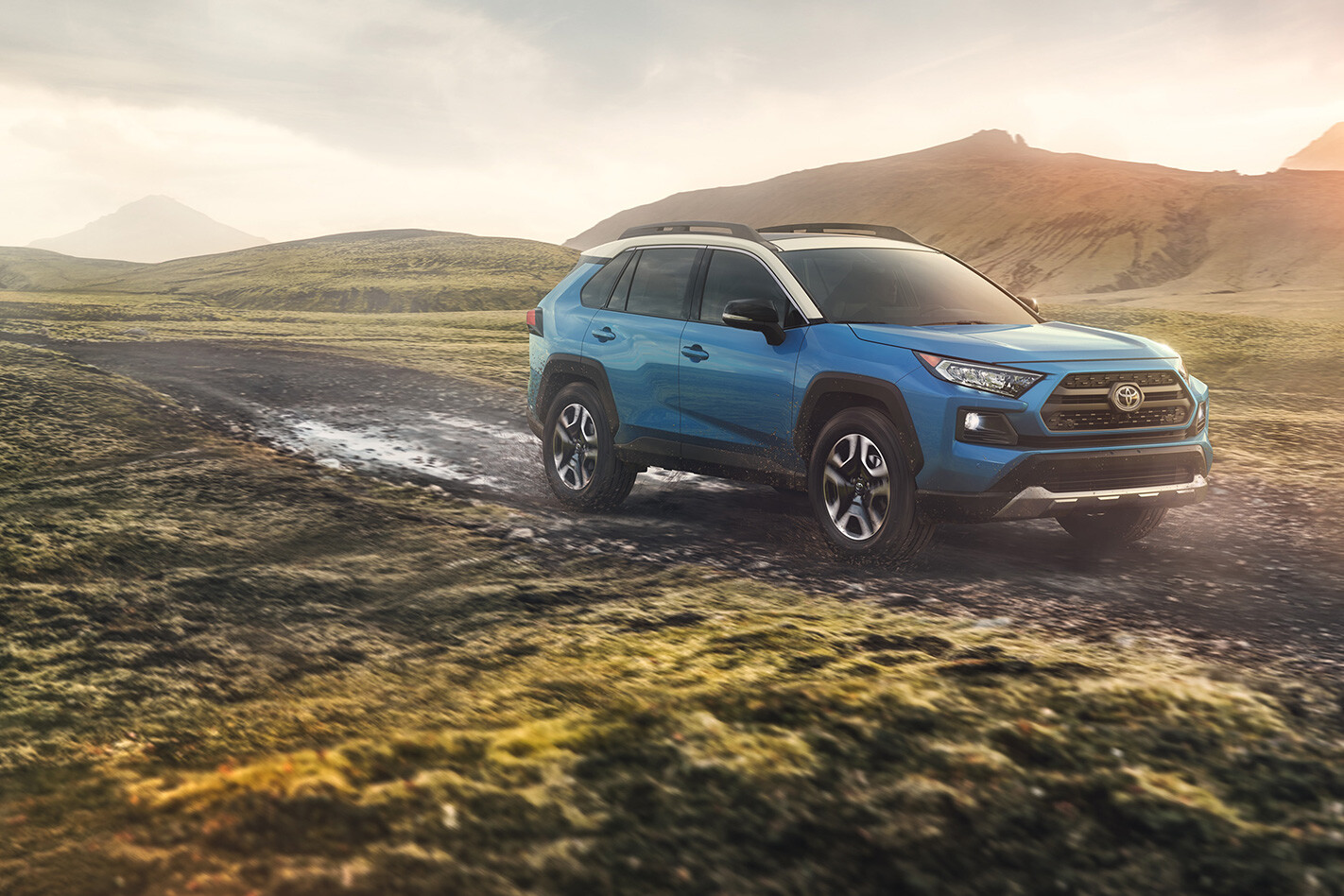 For the first time, Toyota will offer the RAV4 with a contrasting roof colour – as it already does on the smaller C-HR SUV and will offer on the upcoming Corolla hatchback. The US-spec Limited version of the RAV4 will come standard with a sunroof and eight-way electric-adjust driver’s seat, an 8.0-inch multimedia screen, and a reversing camera that shows up in the rear-vision mirror. If the rear seats are filled, the rear-view mirror can hook into the reversing camera’s video feed and display what’s behind the vehicle.

Another safety first is the RAV4’s ability to recognise both white and yellow line markings on the road, or if there are no line markings, the ability to follow the car in front. In the US, it can also recognise road signs, including stop signs, and display a warning to the driver. The US version also gains eight airbags and an electric parking brake. “The implementation of the TNGA platform allows RAV4 to adopt the charisma of a bolder and tougher SUV, but in a package that is lower and wider,” Toyota said in a statement. “The longer wheelbase and wider front and rear tracks provide a stable, confident driving platform. For off-road prowess, the shorter front and rear overhangs will aid in RAV4’s ability to overcome rugged terrain.”