TOYOTA reckons its eighth-generation Camry will remain Australia’s bestselling mid-sizer despite now being fully imported from Japan, as a result of a massive refocus on refinement, strength, safety, handling, ride and value that accompanies this complete redesign.

WHAT IS IT?
The mid-sizer sedan market may be contracting but Toyota is undeterred, pulling out all stops to make the new Camry the best-ever. Still holding on to its renowned reliability, affordability and durability virtues, this eighth iteration adopts an all-new architecture that is designed to lift driveability, efficiency, refinement and comfort up to European levels. 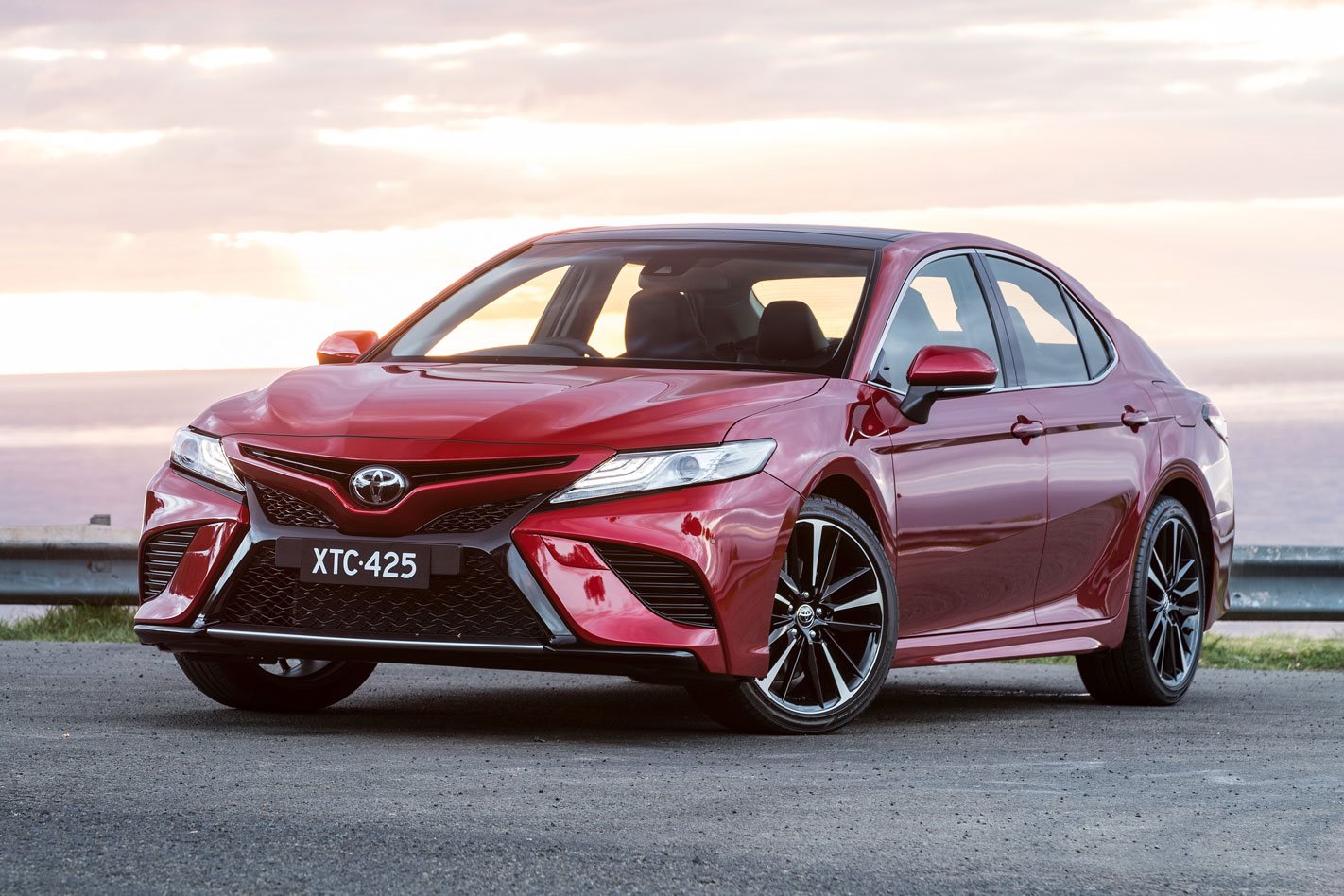 WHY WE'RE DRIVING IT
The Toyota Camry used to be a solid mid-sizer choice for a decade from the late 1980s, but lately it has trailed competitors in areas of design, cabin appeal, dynamic capability, comfort and refinement. But the Mk8 version is all new, adopting Toyota’s vaunted TNGA architecture that has impressed us in the C-HR small SUV. Will it catapult the Camry into coolness?

THE WHEELS VERDICT
While we’re sad to see the end of local Camry production, the all-new version from Japan looks, feels and drives like it’s from two generations ahead of the old timer, bringing improvements across the board. Whether the Toyota tops leading contenders like the Ford Mondeo, Mazda 6 and Volkswagen Passat remains to be seen, but the eighth generation is now a pleasant, enjoyable and attractive family car proposition that the previous iteration never was. And the Hybrid especially offers a terrific blend of performance, economy and value. Prices are up, but the 2018 Camry deserves a much closer second look. 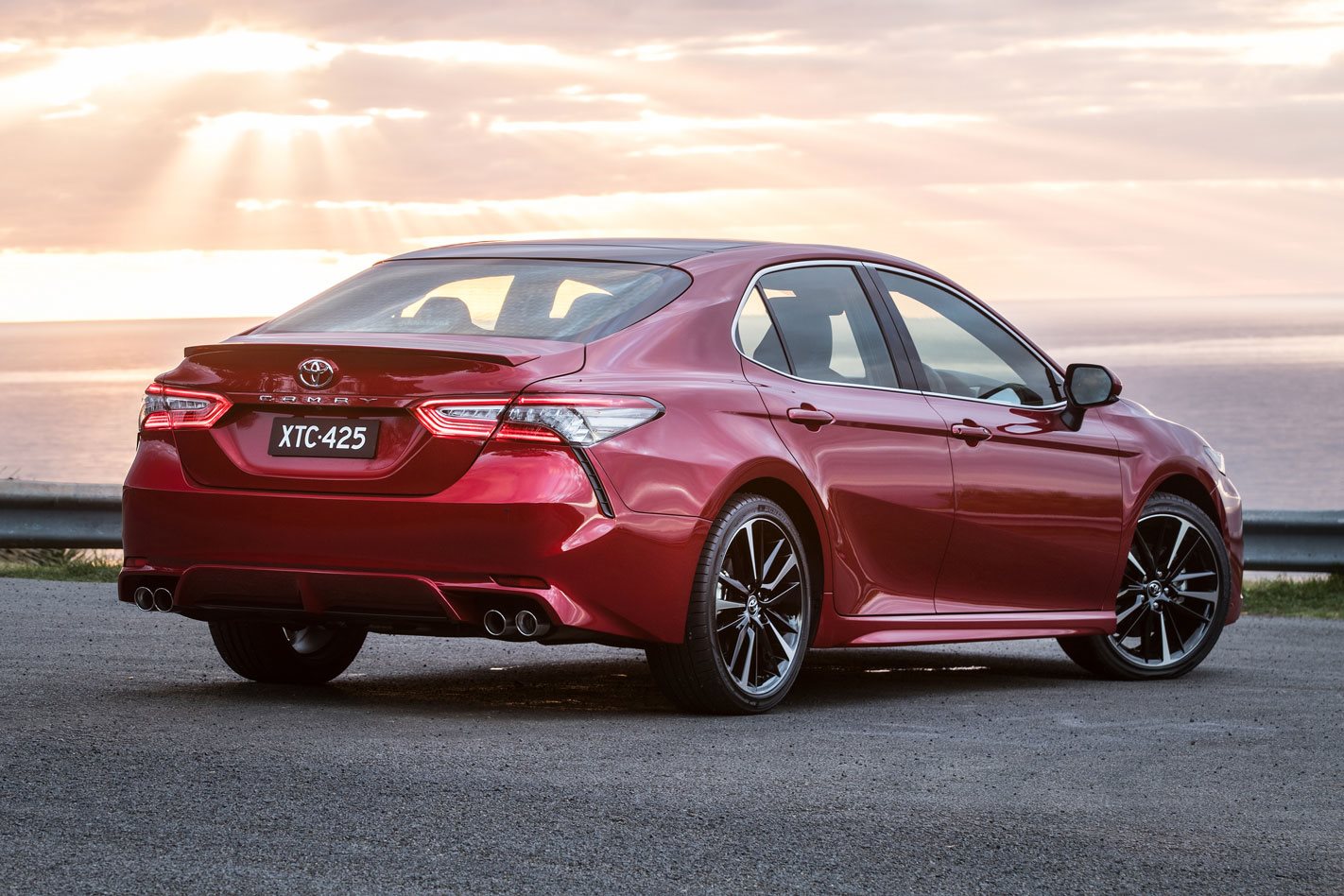 THE WHEELS REVIEW
AND JUST like that it’s over. No more Australian-made Camry, ending 91 years of continuous if circuitous manufacturing (like Ford) that started with Standard (later Triumph), switching to world-first outside-Japan Toyota production in ’63 and ceasing in October. Such a profound loss.

Frankly, however, the old Altona-assembled Camry was past it, trailing all in a 10-strong mid-sizer comparo (Wheels, September 2016) due to a drab cabin, rattly fittings, fidgety ride and endless droning. Not an Australian great, then. Yet approaching the mostly all-new and fully imported 70 series Camry (the eighth since 1983) is like seeing an ex years later; you hope things work out for the best but also feel a tinge of schadenfreude if anything’s slightly amiss (slightly – we’re not sociopaths!). 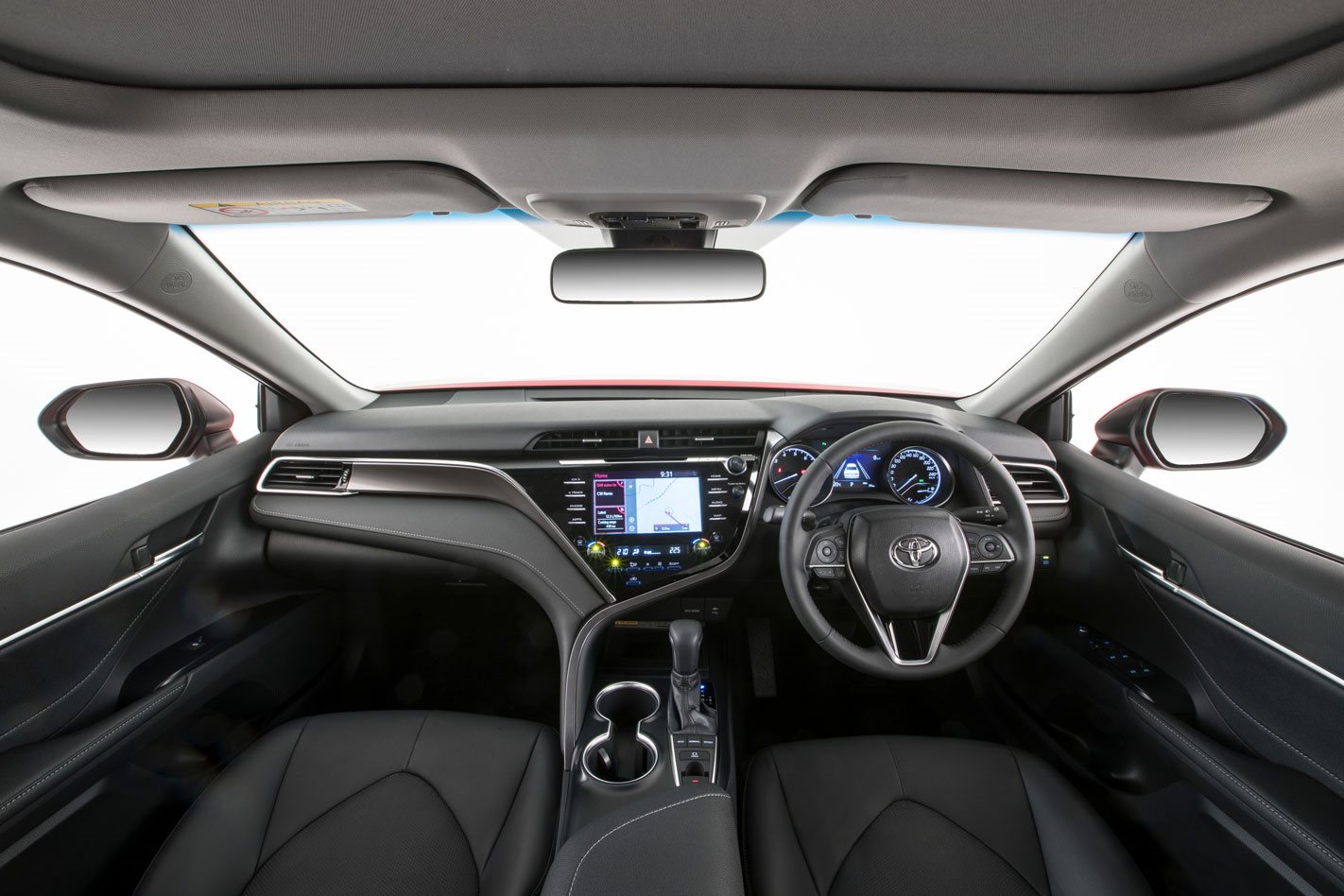 National pride aside, the change is promising. Now out of Japan again from $27,690, the completely redesigned and re-engineered range is up to $4K more expensive compared with the outgoing model's $26,990 driveaway promotional pricing, but leaps ahead in value. Now autonomous emergency braking, adaptive cruise control, lane-departure warning and LED headlights with auto high-beam are standard, the body is substantially stronger, noise levels have plummeted and more kit is included. 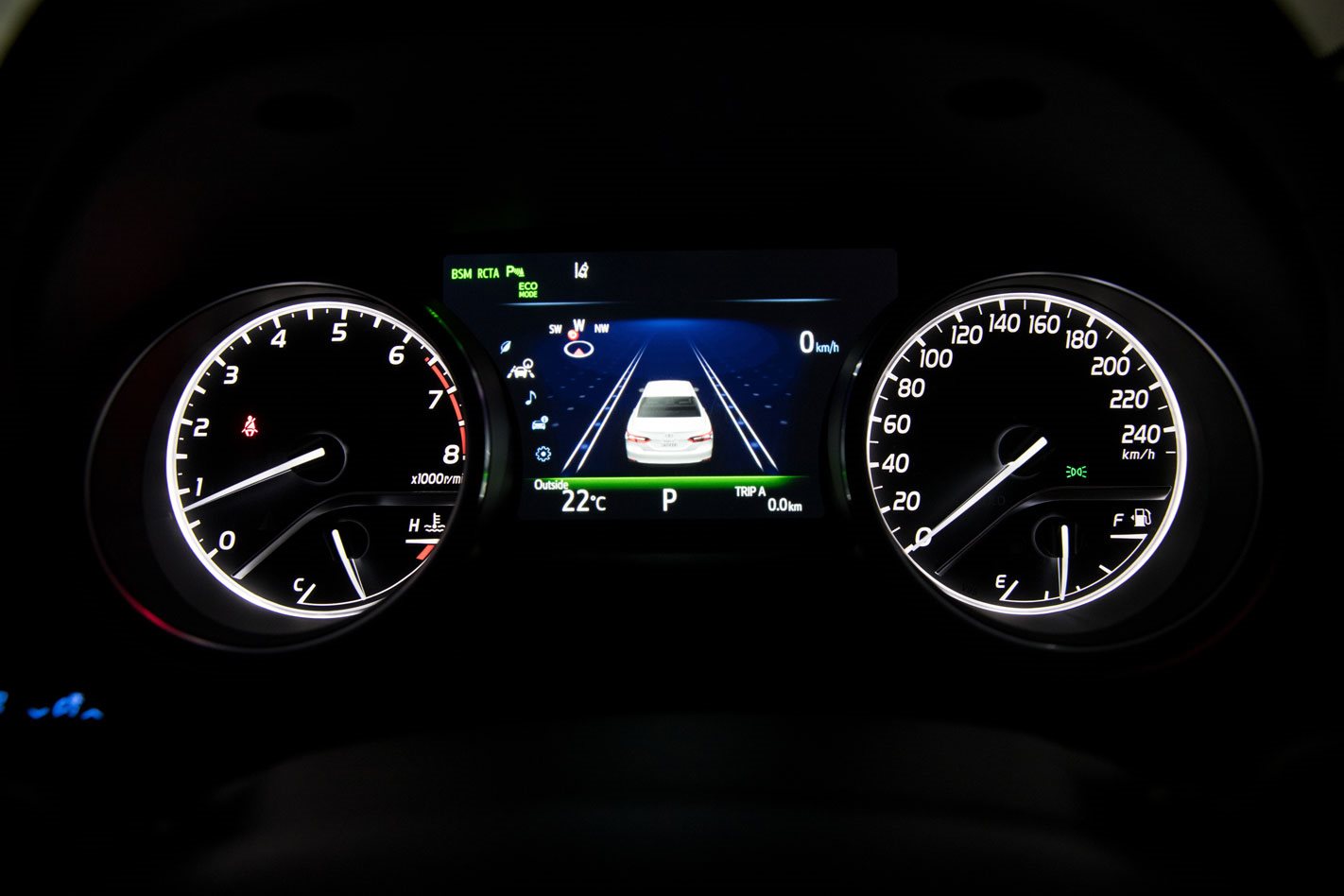 While initial sales will lean towards the fettled 2.5-litre four-cylinder atmo/six-speed torque converter auto (in two states: Ascent’s 133kW/231Nm tune or the better-breathing, dual-exhaust 135kW/233Nm item that earned our admiration for its willing and muted performance), it is the fresh hybrid powertrain that should eventually dominate.

Both four-pot Camrys revel in the altogether higher-quality chassis, boasting newfound steering linearity with no kickback, more balanced handling, stable cornering at speed and – best of all – a more supple ride, with the (now double-wishbone rear) suspension isolating occupants from the road surface – closer dynamically to a Mondeo, with refinement to embarrass the Mazda 6. The SX with its sportier tune is our pick for its mix of agility, tautness and comfort. Pity no manual is available; what an enthusiast’s curio that would be.

Less whelming is the powerhouse 224kW/362Nm 2GR-FKS V6 from $37,290, driven in flagship SL guise from $43,990. With an eight-speed torque converter auto, the Aurion ouster conforms to old six-cylinder Toyota norms by being creamy and cultivated, but the helm is oddly muted, the nose a tad heavier and the ride a little harder (and louder) than we’d like, detracting from the fours’ finesse. And although the sizeable outputs suggest otherwise, the anticipated performance wallop doesn’t eventuate. Overall, Camry V6 is no Holden VF Calais grand tourer delight.

Still, except for no full-size spare wheel (bar Ascent), the dwindling mid-sizer sedan fan base will find plenty to savour here. New Camry is significantly better than it has to be – perhaps leaping two generations over the old timer. Proof that Toyota’s grating near-enough cynicism is evaporating.

It may no longer built by us sadly, but at last us Aussies can enjoy a Camry with higher standards, and that too is a triumph. 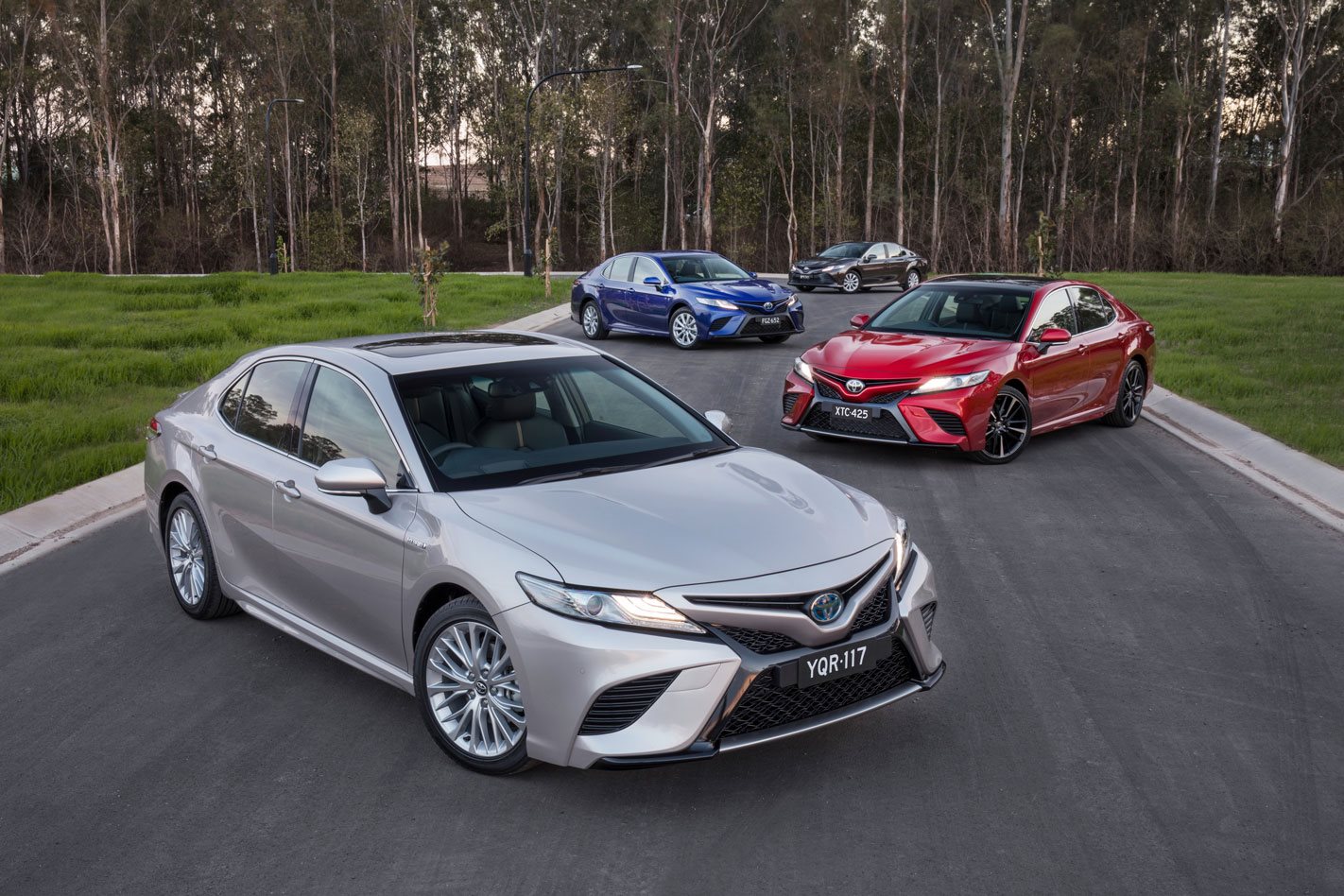 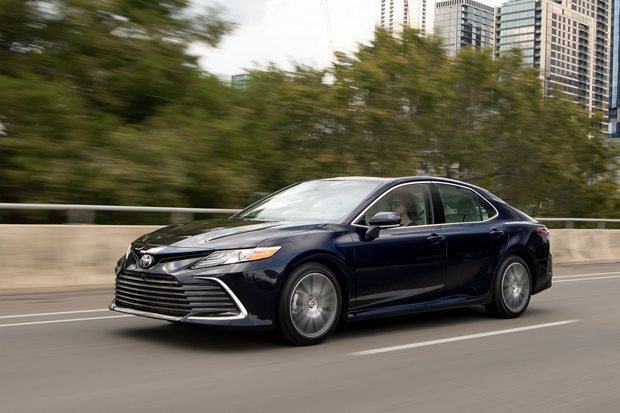 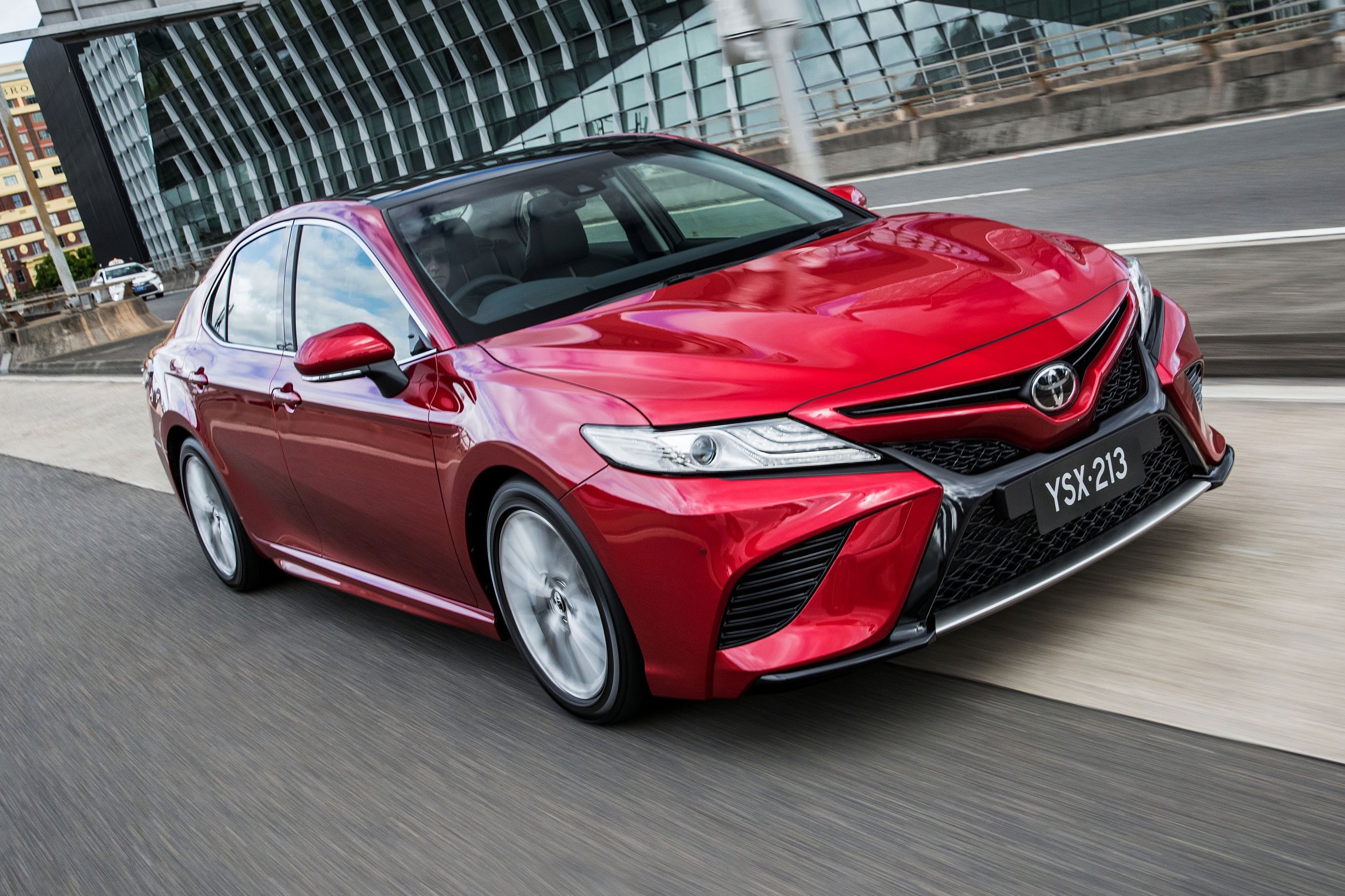 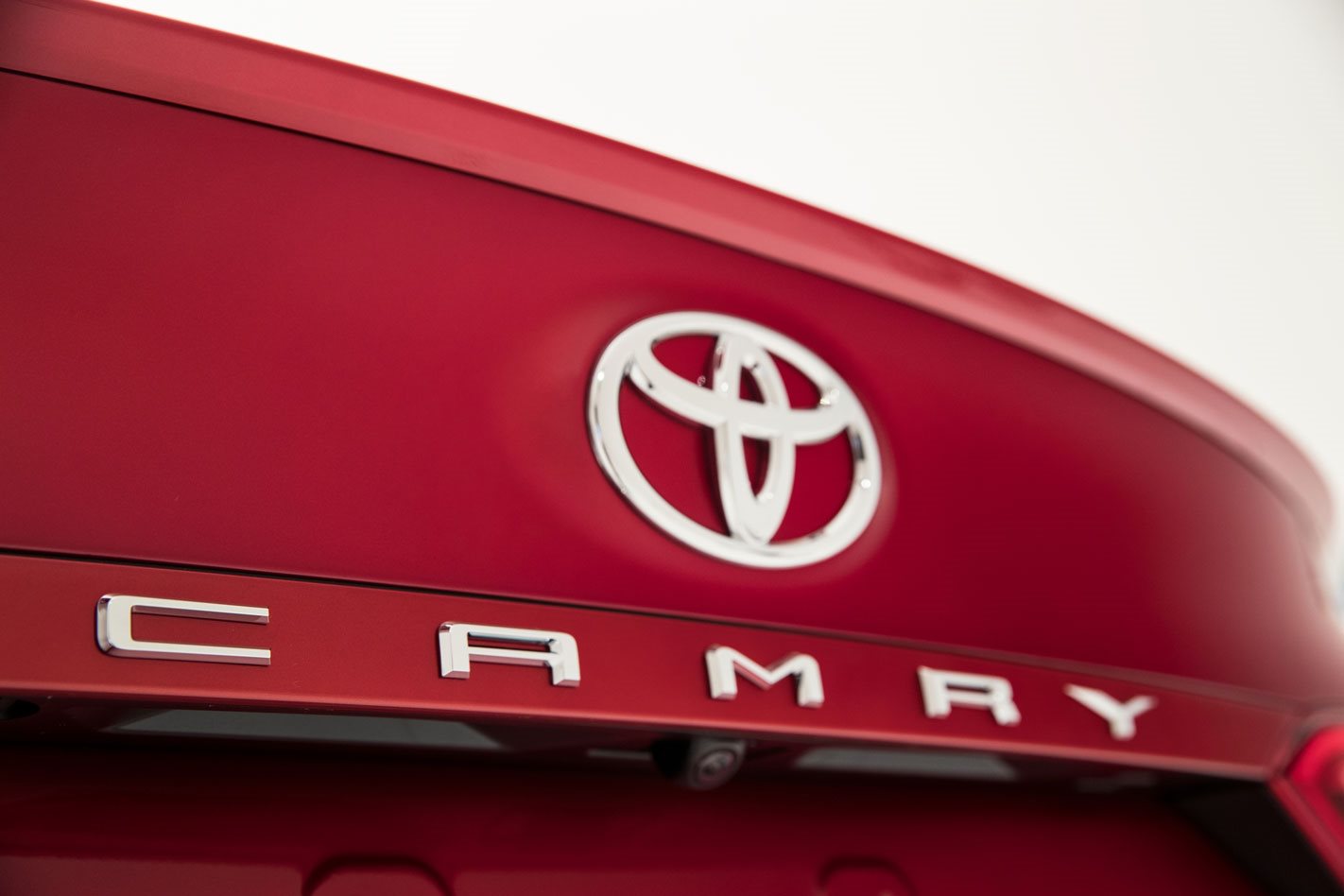 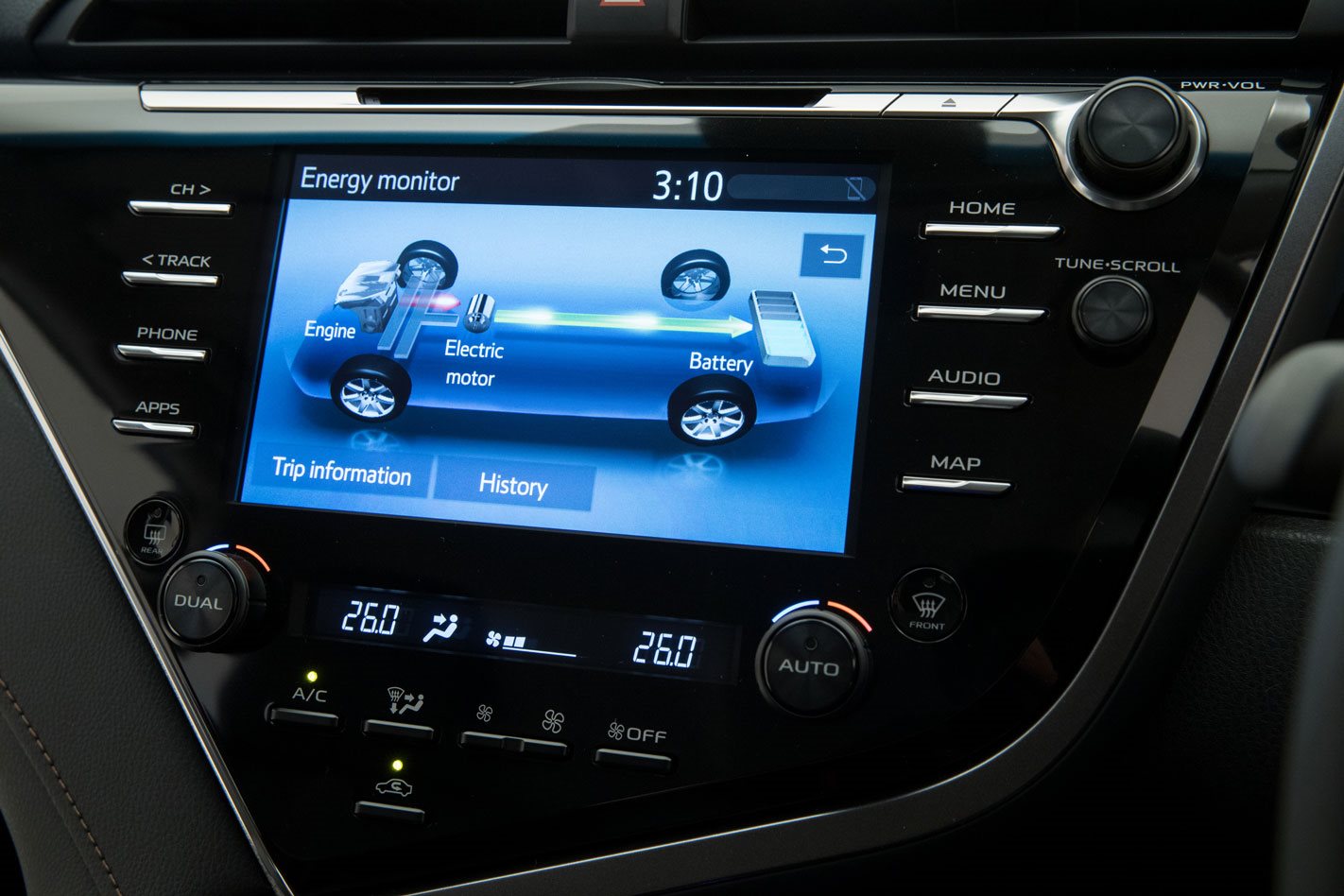 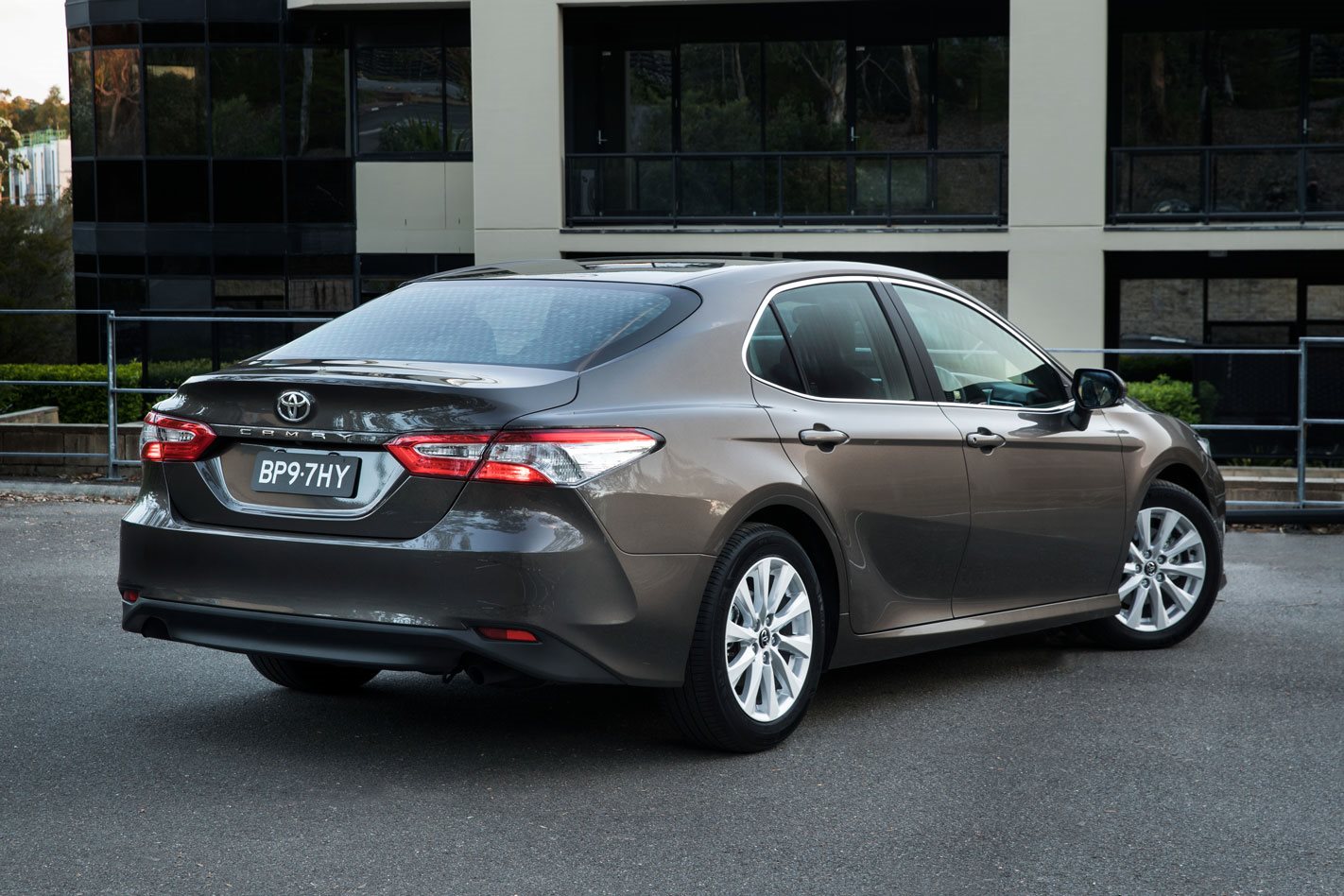 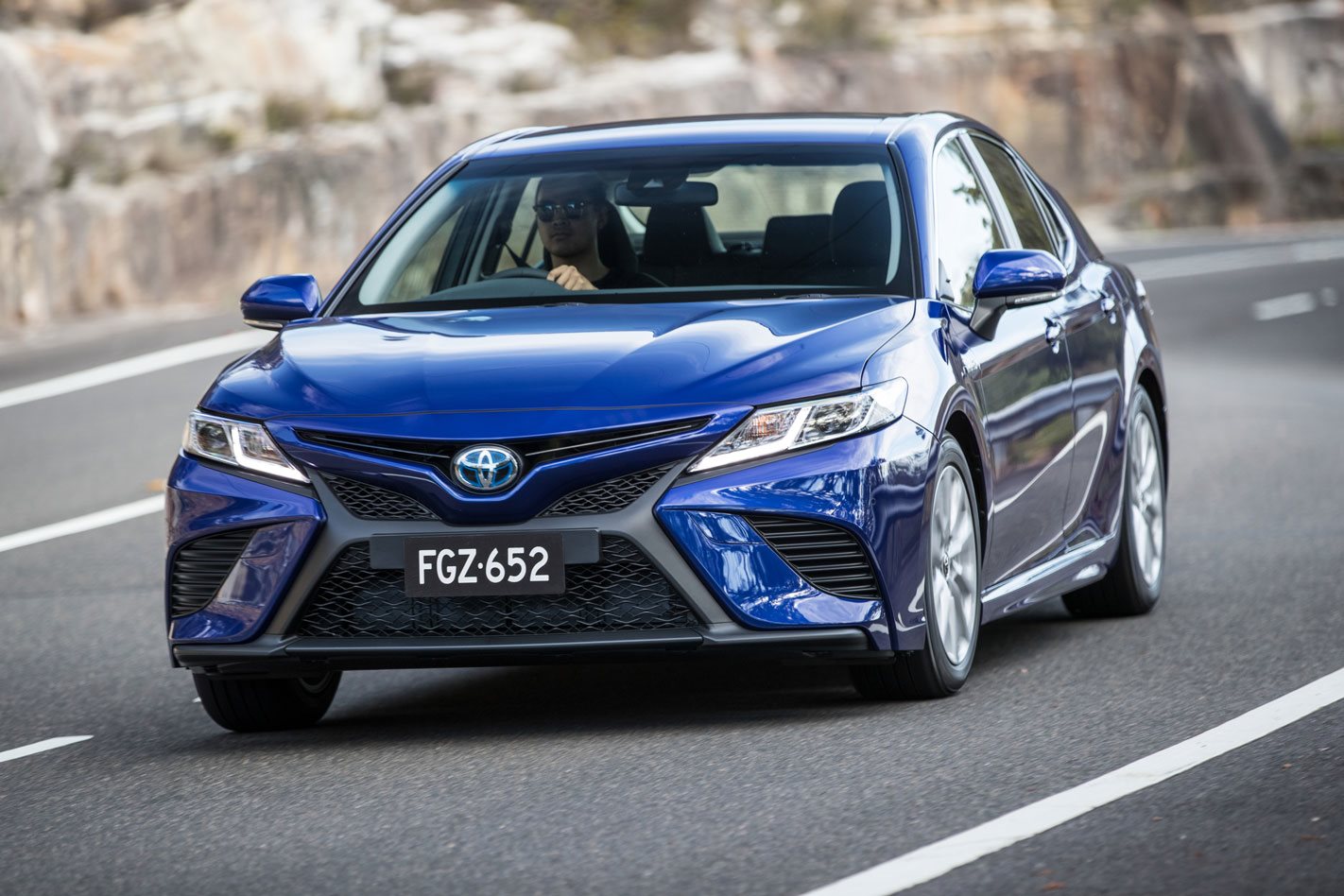 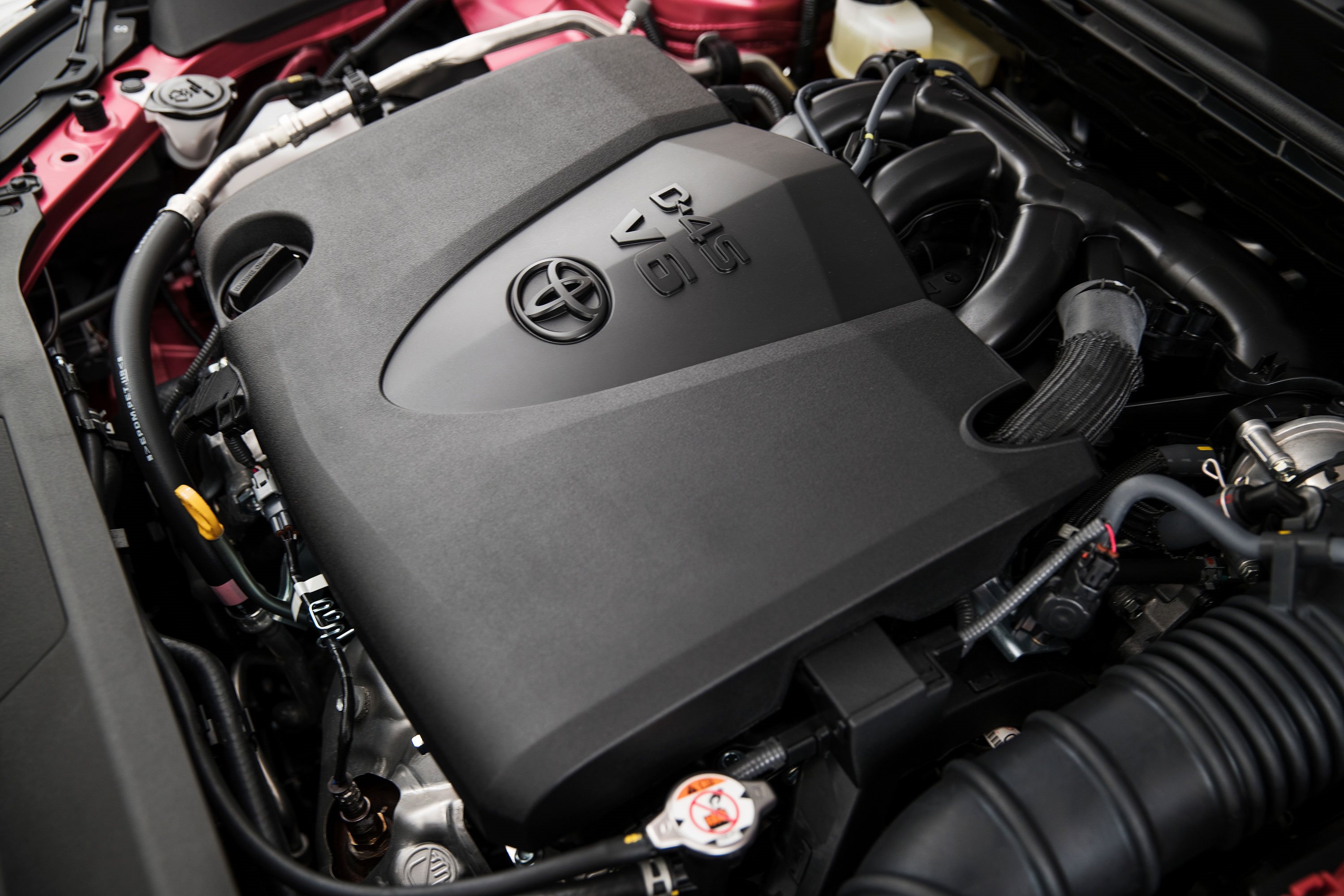 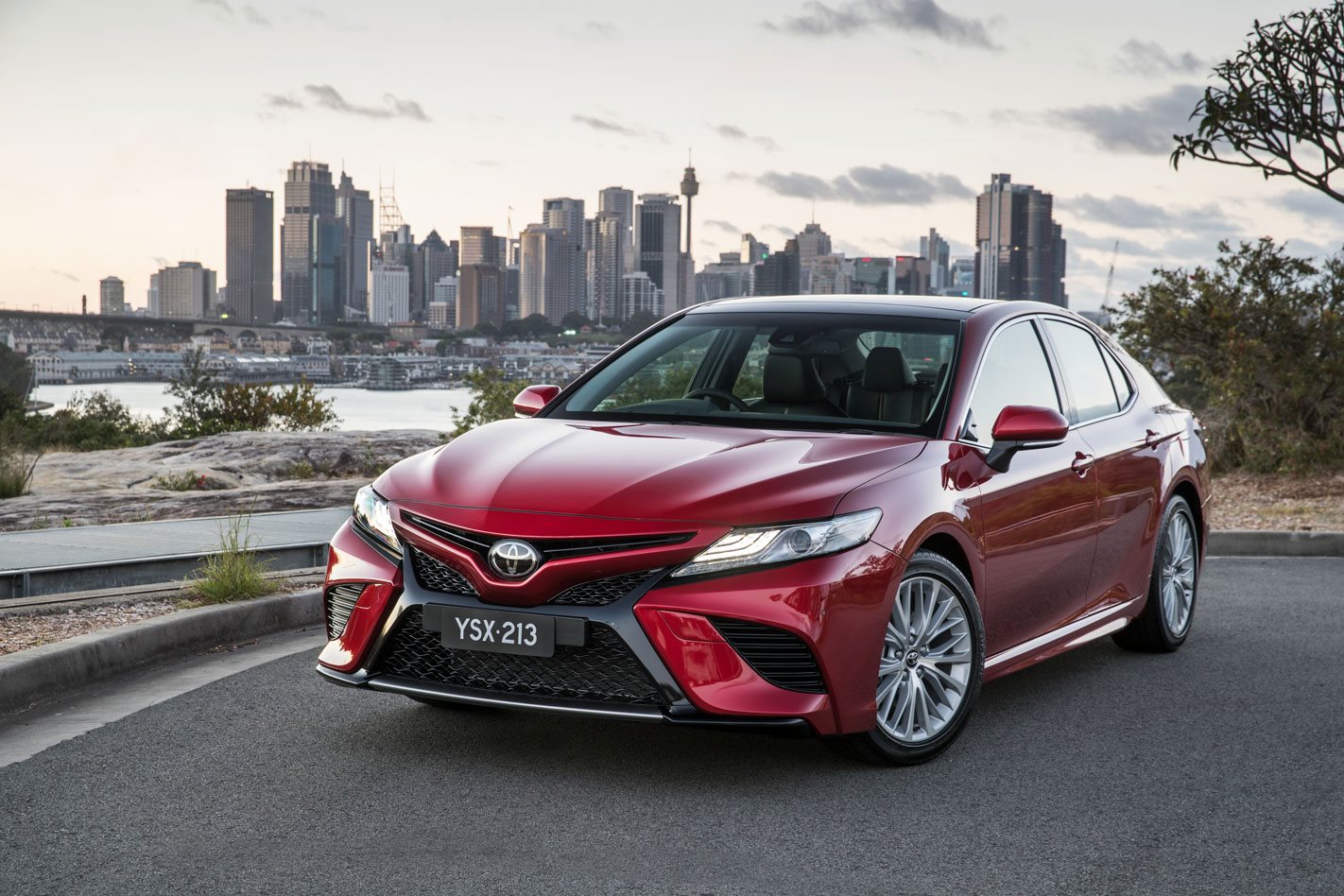 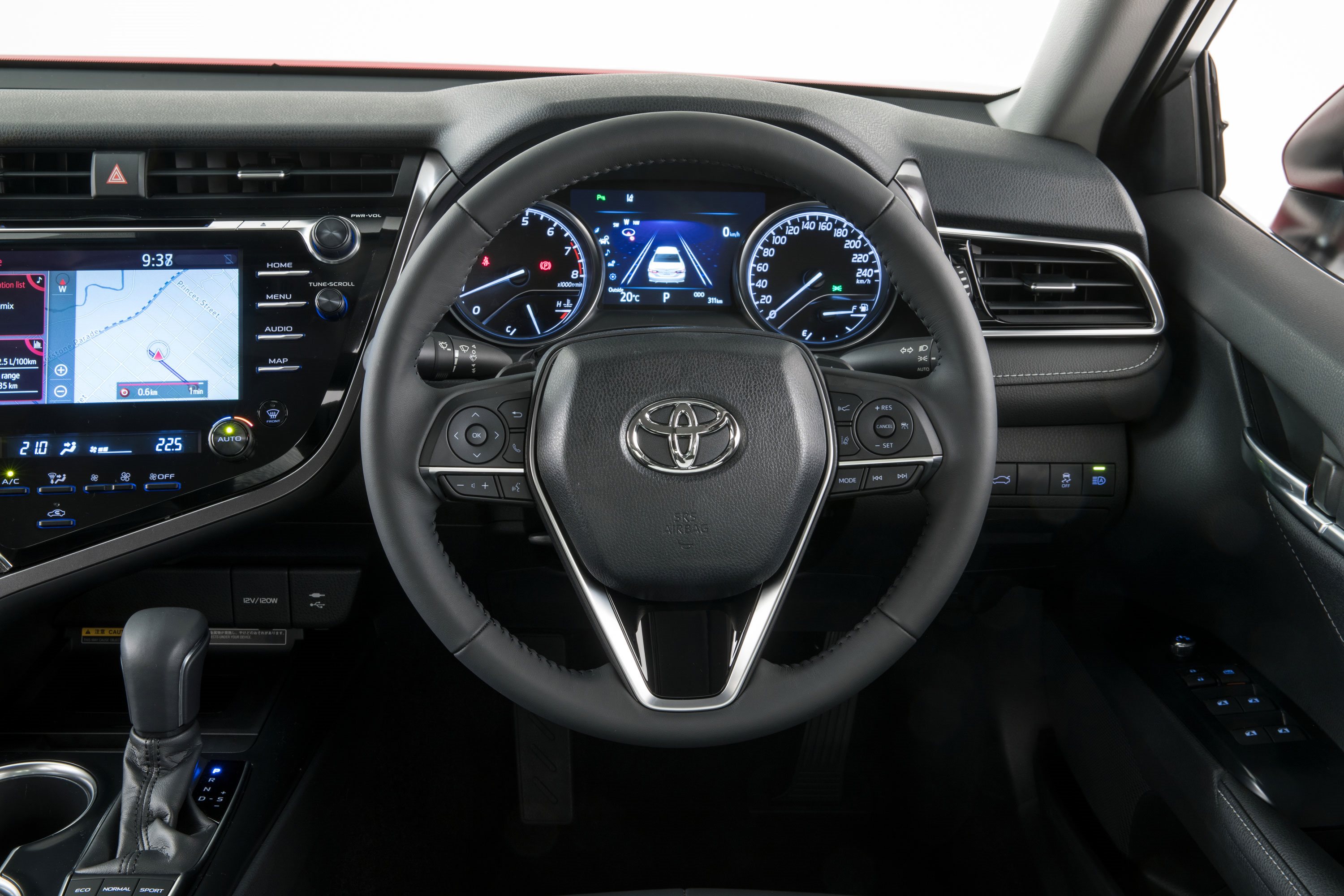