Wheels quickly shot down the Skoda Octavia’s bid for top honours in 2014’s Wheels Car of the Year. The Czech brand has obviously taken notes.

A SIGNIFICANT mid-life update to the Skoda Octavia brings significant safety advances as well as replacing a spartan, rarely bought entry-level model with a more richly equipped one that buyers should no longer ignore.

WHAT IS IT?
The overhaul for the base model Skoda Octavia is a big one. Gone are steel wheels and optional cruise control, replaced with smart-looking alloys and a smart radar system that keeps everything Czech in check from the car in front. Despite the changes, prices have moved only slightly, with the entry-level Ambition sedan starting from $23,990.

WHY WE'RE TESTING IT
The Skoda’s Korean car level of pricing never really stacked up in terms of value for money. 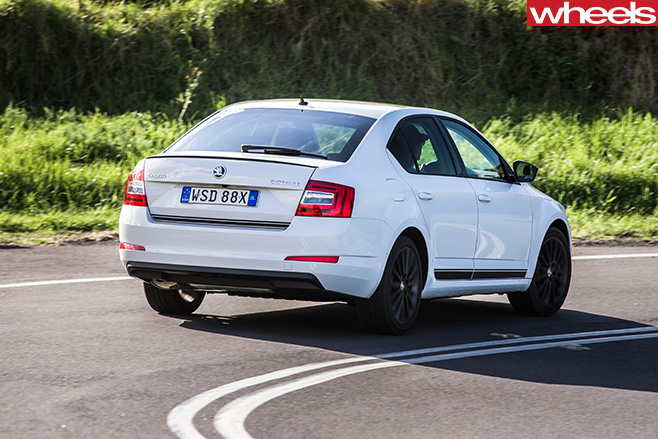 THE WHEELS VERDICT
The Skoda Octavia now represents strong value in a class that trades on it. The big safety tick afforded by including autonomous city braking with radar cruise control at this price point sets a new benchmark in the class.

THE WHEELS REVIEW
CZECH brand Skoda has had something of an undeservedly a rough time in Australia. Somewhat overlooked despite some innovative products, it sells a similar number of cars here each month as Hino does trucks. 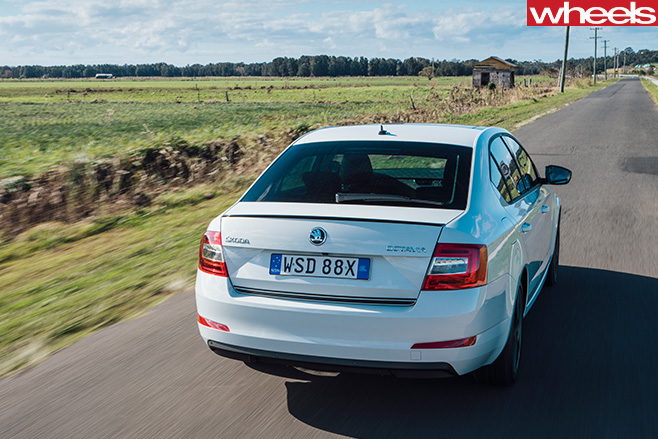 You could argue that part of the problem, at least as far as the Octavia mid-size hatch and wagon range goes, has been value for money. Even as a 2014 Wheels Car of the Year contender, the previous version of this car stank of cheapness, torpedoing its chances of making it to the final round even before our judges turned a wheel in anger. Hell, the entry-level Octavia this version of the mid-size hatchback and wagon replaces lacked cruise control, wore plastic covers over steel wheels and didn’t even have a centre armrest between the front seats.

But Skoda has had something of a wake-up call, largely thanks to the Holden Commodore-fighting Skoda Superb. People didn’t buy the cheap version of Skoda’s large hatchback and wagon, instead preferring to fully load a mid- or high-spec model with tech convenience and bling packs. 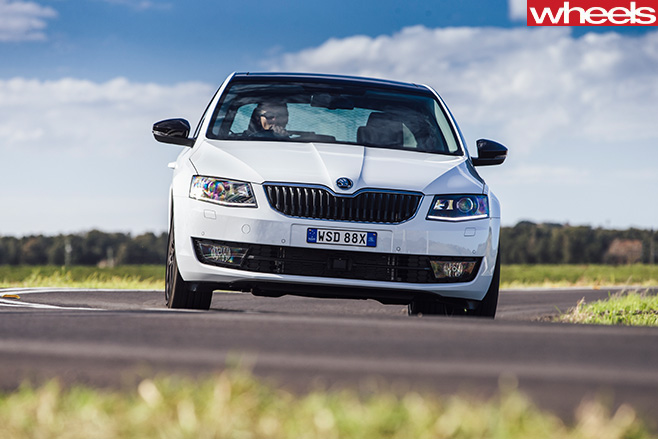 Recognising this, Skoda has hit the reset button with its mid-life refresh of the Octavia. The price of the base Ambition jumps by $500, but the standard level of kit lifts exponentially. Added as part of this upgrade are range-wide autonomous emergency braking and active cruise control – until now unseen at this price point in this class. You need to pay up to $7000 more to buy the cheapest Mazda 6 with this feature. Buyers also gain a reversing camera with sensors, a 6.5-inch multimedia screen on the dash, eight-speaker audio and better smartphone integration via Apple CarPlay and Android Auto. Oh, and that centre armrest.

The Skoda Octavia is built on the same MQB platform as the much-lauded Volkswagen Golf, and the one that will spawn future products including the Skoda Kodiaq seven-seat SUV and next-gen Audi Q2. Unlike its VW-badged sibling that uses a multilink rear suspension, the base Octavia sticks with a torsion beam. All other versions of the Octavia get the multilink. It’s the only glaring bit of price-driven cost-cutting that’s carried through to the Ambition. 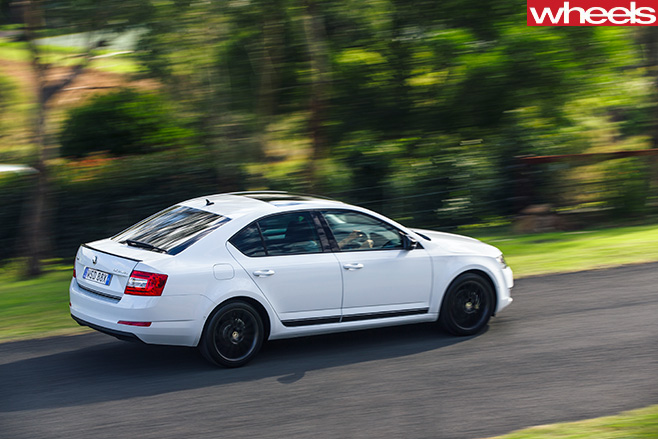 The 110kW/250Nm turbocharged four-cylinder engine under the bonnet of the Ambition carries over from the pre-facelift model. Strong, willing from low revs and happy to swing the needle across the face of the tacho when asked, under a sensible throttle it’s also frugal – we recorded less than 6.0L/100km for mainly highway running, but with plenty of city commuting kilometres thrown in.

Our test car was also paired with the seven-speed dual-clutch DSG transmission, a $2300 option that replaces the default six-speed manual gearbox.

Apart from the usual low-speed shunting from the DSG – more noticeable in stop-start traffic or while parking – the Octavia Ambition’s cabin ambience is pretty good. The facelift interior is largely unchanged with the same mix of hard and soft surfaces covering high-use areas, ride comfort on the 17-inch Bridgestone rubber is well sorted although the suspension gets a little busy at higher speeds and rides better with more bodies on board, and the electrically assisted steering has enough bite to feel engaging. The previous Octavia’s other main flaw – unacceptably high levels of road roar – appears to have been partly addressed: it seems quieter than we remember. 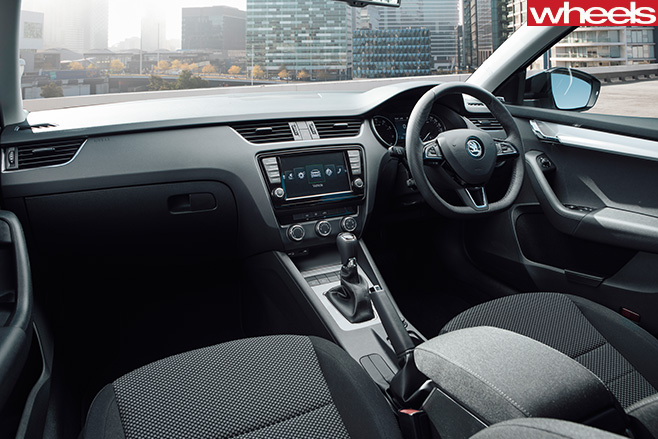 The active cruise control is a big daily-drive bonus. It will bring the Octavia to a complete stop, but unlike other systems that will hold the car and wait for a touch of the cruise control switch or a nudge on the throttle to resume the commute, the Ambition sounds an alarm and hands control back to the driver with a warning to put a foot on the brake, requiring a manual reset. You can live with it.

Skoda’s Octavia suddenly has something it has lacked for some time – a real sense of value for money. It also takes the safety game a fair way forward, showing even cars a class below it that oscillate around the same price point, there is no reason to not offer autonomous emergency braking.

All the Czech needs now is a little more polish. 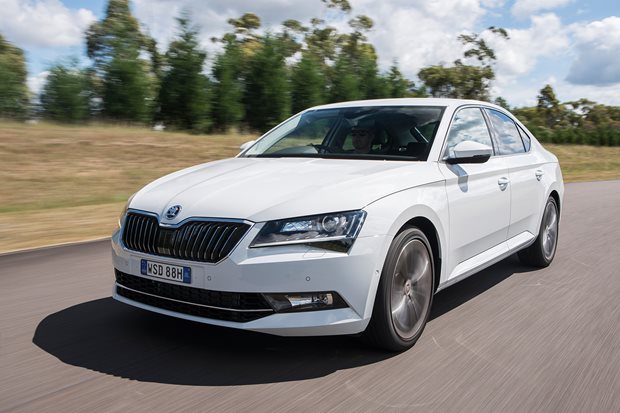