As a 14-year-old kid clutching the latest piece of Holden racing memorabilia, I would have killed for this; a chance to walk around and drive on Holden’s Lang Lang Proving Ground.

For me, it’s hallowed turf – and bitumen, dirt and water splashes.

I breathe in the air, stand on the banking and consider that this steep bitumen has seen the first Holden Dealer Team HT Monaros storm over it before Harry Firth, defecting from Ford, led Colin Bond and Tony Roberts to victory at Bathurst in 1969, with a young bloke named Peter Brock in the second HDT entry.

I can recall images of EH Holden sedans and wagons circling the bowl; of a ‘Strike Me Pink’ LJ Torana XU-1 sideways around here; and the VE range in ‘V-Car formation’. Then there’s the book, with VP Commodores on the cover, that a security guard gave me in 1996, when as a spotty teenager on a family holiday (to see the touring cars race at Phillip Island), we rocked up at the gate to see if there was anything on offer for Joe Public. There wasn’t – apart from that slightly out-of-date book.

It’s an eerie feeling being among the wallabies and roos as the sun goes down on Lang Lang. I've been a motoring journalist for 15 years, and I thought my time had passed on doing a proper Holden launch. A proper Holden means an Aussie-engineered and built one.

To me, Holden without an Aussie-built Commodore is like Ferrari without red paint or an airport without overpriced parking. So to be at the reveal of the final, Aussie-made and engineered Commodore, at Lang Lang, was one of the greatest experiences I could ever have. 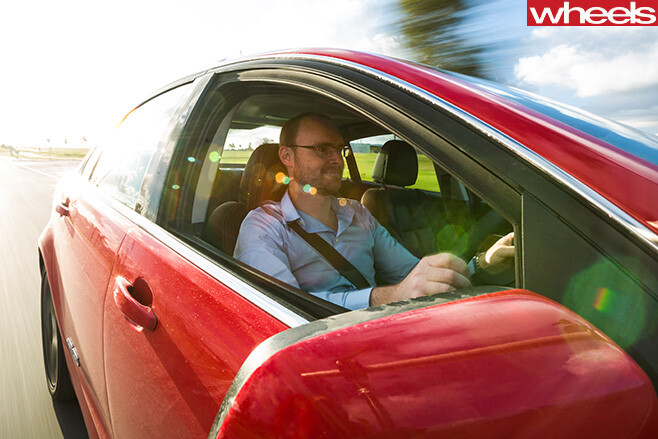 I won’t be quite as enthused to show up in coming years to drive an Opel or a Cadillac that’s been repurposed for our roads once the Commodore badge is glued onto an import. This was a day – and a car – to savour.

I am in absolute awe of the team at Holden that developed the VF Series II – the engineers, the designers – and the passion and genuine heavy hearts of the marketing people. And of course their countless predecessors over generations of not just Commodore, but Torana, Kingswood, Statesman, Monaro and such back to 1948.

That pride clearly washes over the company, too. Stand outside the Salmon St, Port Melbourne, headquarters and a large portion of the staff walking in wear their Holden shirts, caps or jackets with genuine pride.

Back at Lang Lang, I look at the cobblestoned ‘Belgian road’ that shook the first Radial Tuned Suspension for the HZ Kingswood to pieces, and the water splash that may well have helped Commodores win two Round Australia Trials.

Now, with the final VF Series II, it’s the end of an era. At least the proving ground won’t be sold off and made into houses once Holden’s factories are closed. The company is keeping it, giving local talent a platform on which to shine.

Lang Lang genuinely is ‘Australia’s Own.

“The XD Falcon was the last true all-Australian car and, make no mistake, there will never be another.” So said David Robertson in our July 1981 issue – the month and year I was born – in a piece called The End of Australia’s Own. With job cuts at Ford and Holden, the latter closing its Pagewood, NSW, plant after suffering the biggest loss in Australian corporate history the year before, Robertson wrote that Holden boss Chuck Chapman “accepted that his company ‘won’t be designing a vehicle from the ground up in the future’.” The article was spot on – just three decades ahead of its time.