Ford turns up the heat on its medium-size rivals with the generously equipped, impressively refined and dynamically excellent 2015 Mondeo.

Ford turns up the heat on its medium-size rivals with the generously equipped, impressively refined and dynamically excellent 2015 Mondeo.

WHAT IS IT?
The replacement for the circa-2007 third-generation Mondeo has been a long time coming. Unveiled at the Detroit motor show in 2012 and on sale in the US from 2013, it has taken Ford Australia two years to source adequate stock of the new European-spec Mondeo from its new home in Valencia, Spain. The delay was partly due to the 2013 closure of Ford’s production plant in Genk, Belgium, which had built Mondeo since its inception in 1992.

WHY WE’RE TESTING IT
With a full line-up of variants, body styles and engines finally at its disposal, Ford Australia expects the new Mondeo to succeed. Loaded with equipment and priced super-competitively, Ford hopes Mondeo has more than just dynamic excellence to steer buyers away from Camry and Mazda 6.

THE WHEELS VERDICT
At $37,290 for the mid-level Trend, sporting a lovely 177kW 2.0-litre turbo, a quiet, supple ride, and a great chassis, Mondeo feels a class above its rivals for driver appeal. And it backs this up with standard equipment that goes far beyond what they offer for the same money. The wagon is quite handsome, too, especially in Titanium guise, though the Titanium range-topper is a disappointment inside and arguably inferior to the model below it.

THE WHEELS REVIEW
SINCE the days of Jeremy Clarkson’s notorious ‘Mondeo Man’, the quintessential Pommy rep, the rise of premium sedans such as the BMW 3 Series and Mercedes-Benz C-Class has relegated many ‘bread-and-butter’ models to bit players in the fight for mid-size supremacy.

In Australia, the effect is even more dramatic. This year C-Class sales are almost double those of the Mazda 6, and even the ageing Audi A5 Sportback has outsold Holden’s beleaguered Malibu.

So the new-generation Ford Mondeo is set for a tough fight. With Ford refusing to chase fleet sales like Toyota, and with several key rivals having recently been refreshed or replaced by all-new models, Mondeo’s mission statement is based entirely on its astounding level of equipment.

Starting at $32,790, the only indicator that Ambiente is the base-level Mondeo is the modesty of its 16-inch alloy wheels, and its lack of a reversing camera. A 149kW turbo-petrol four tied to a six-speed auto, standard sat-nav, nine airbags (including rear seatbelt airbags), dual-zone climate control, an 8.0-inch colour touchscreen, digital radio, a superb leather steering wheel and beautifully trimmed cloth seats definitely don’t say ‘base model’. 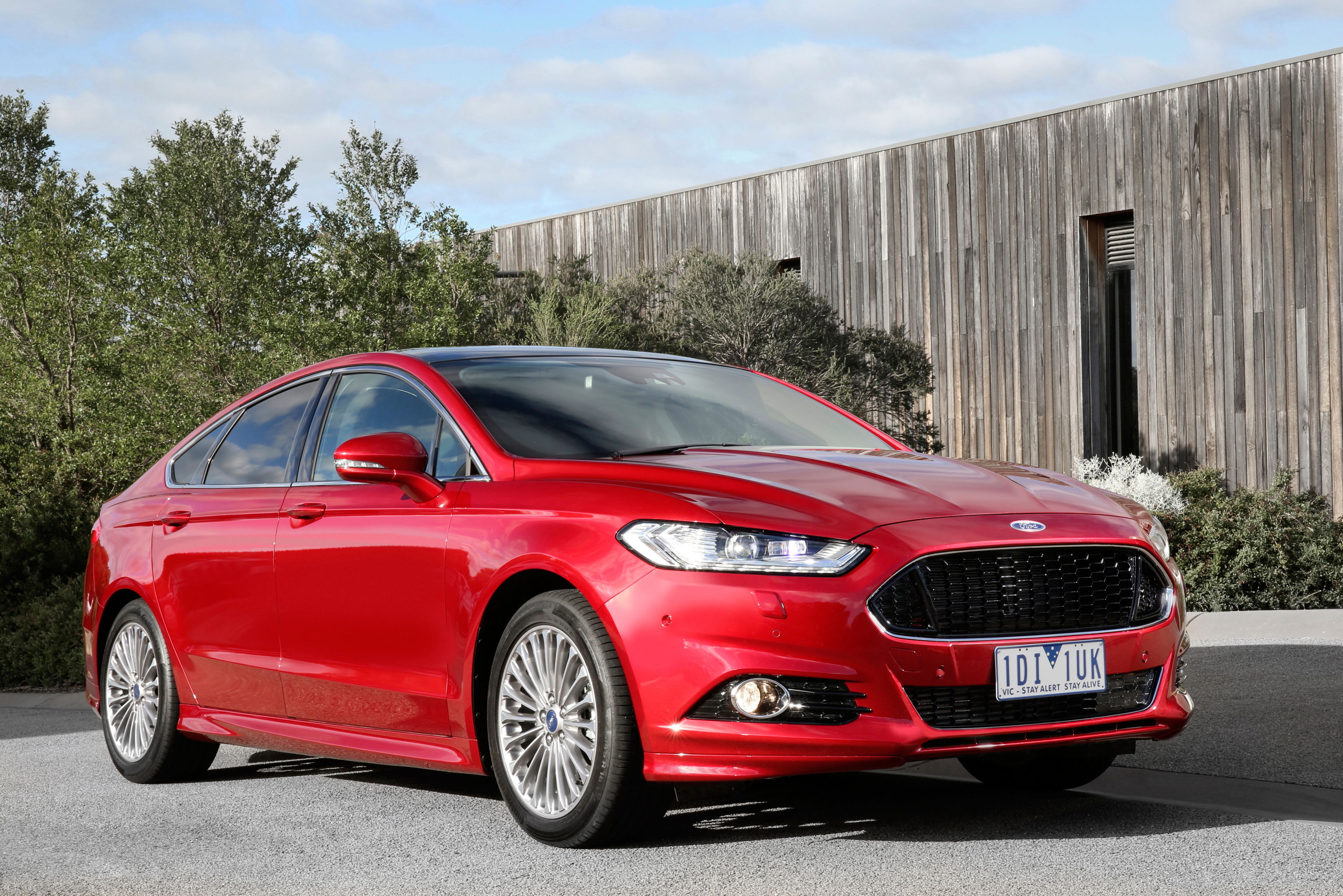 An uprated 177kW 2.0-litre turbo four combines with chubby 235/50R17 tyres and excellent heated leather/Alcantara seats with 10-way power adjustment for both the driver and front passenger to really make Mondeo Trend feel a class above.

Its driving position is brilliant, its seats are enveloping and plush, and its refinement reeks of expense.

Trick gear like adaptive cruise, auto high-beam, active city stop and pre-collision assist with pedestrian protection are simply the icing on the cake of the Trend’s value story.

The flagship $44,290 Titanium focuses more on exterior sizzle than anything else, seeing the mid-level Trend is so chockers with gear. Multi-spoke 18s with Continental rubber, trick LED headlights with striking running lights and very cool sequential indicators, and a dark-coloured mesh grille make the Titanium clearly the looker of the Mondeo crew.

Inside, however, the upgrade isn’t quite so effective. The posh Mondeo gets full leather, a glass roof (with opening sunroof in wagon), techy instruments and blind-spot/lane-keeping assist, among other bits of tinsel, but it doesn’t feel as special as the Trend below it. 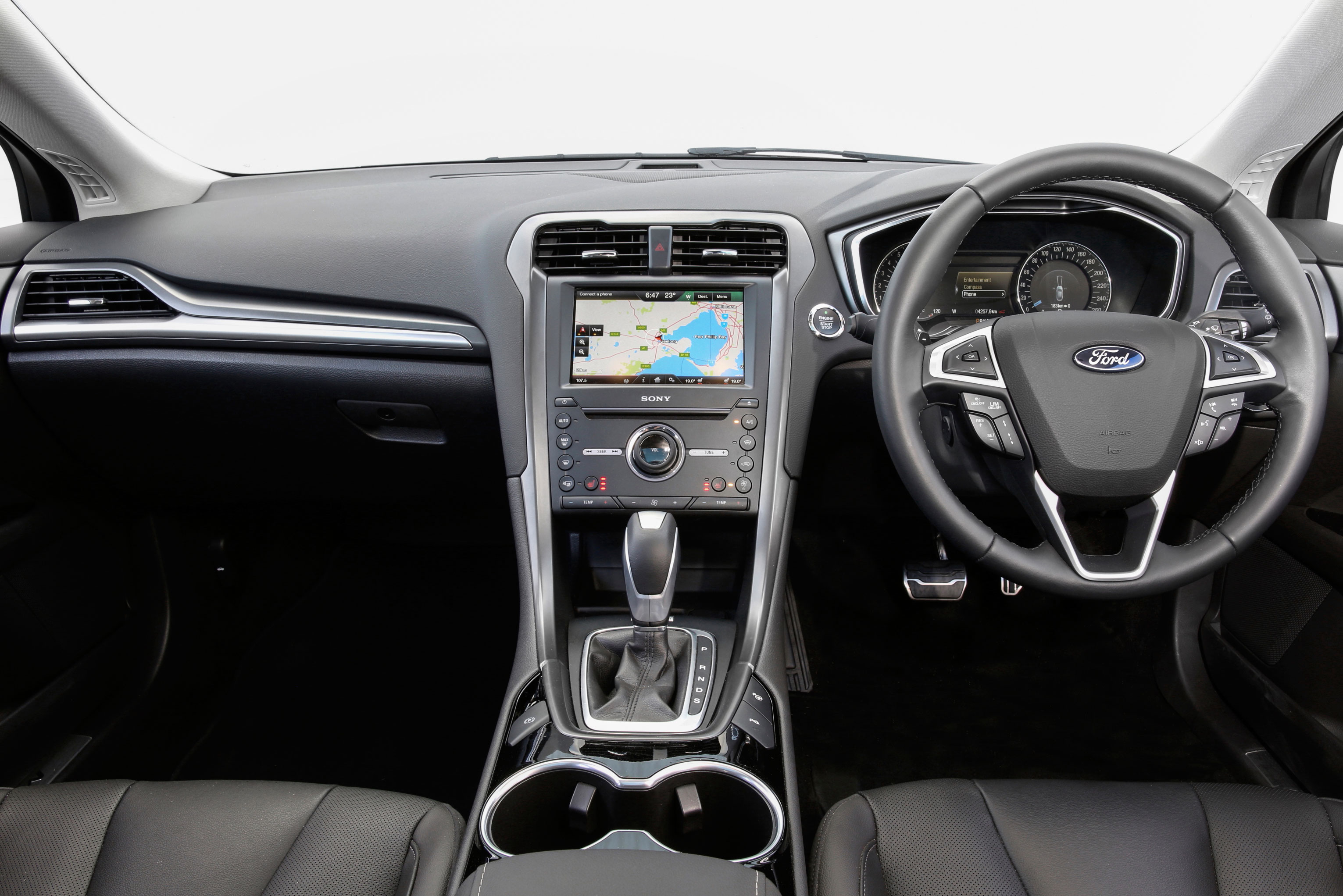 The leather doesn’t quite have the give of the Trend’s perforated Alcantara, so you don’t sink into its seats as nicely. And the change-for-change’s-sake centre stack climate control buttons look like they’re from a cheap Aldi stereo.

Apparently the designers were chasing differentiation, but making the lower half of the trim grey instead of an all-charcoal abyss would have been more effective, and probably cheaper.

Incidentally, Ford Australia has no plans to bring in the Mondeo Vignale, whose bespoke-trimmed two-tone interior with diamond-stitched leather and luxuriously bejewelled exterior were deemed too exxy for Aussies.

What makes a posh interior treatment like the Vignale’s seem worthwhile, though, is the all-round excellence of the Mondeo’s engineering. Within the first 100 metres, it feels a cut above.

The aforementioned driving position serves as a great foundation for the Mondeo’s dynamic excellence, as does its 40 percent-stiffer body. The new car’s dimensions might be similar to its predecessor’s, but it’s all-new from the ground up, with an ‘Integral Link’ multi-link rear suspension set-up designed to absorb bumps more readily, without affecting handling.

And boy does it handle. The cohesion of the Mondeo’s dynamic abilities is deeply impressive.

From the attitude of its body and suspension as you start to apply lock to the positivity of its front end and the corner-enhancing involvement of its excellent rear suspension, the Mondeo feels much smaller than its size and weight would suggest.

Fling it down a twisty road and you’ll revel in its poise and adjustability, guided by an electric steering system that feels hydraulic most of the time.

On narrow 215/60R16 Bridgestones, the Ambiente is the quietest and most cossetting of the group, though the Trend’s 235/50R17 Michelins are similarly hushed, yet noticeably grippier, which blends well with its uprated engine.

While the Ambiente’s 149kW 2.0-litre is strong and sweet, there’s something about the muted snarl of the 177kW version that makes it the pick, even though the petrol’s 8.2L/100km fuel claim is well down on the diesel’s excellent 5.1L/100km.

We drove several diesels, including an Ambiente wagon on 17s (hatches get 16s) and an 18in-wheeled Titanium hatch, which is a little noisier than its lesser siblings but scores in the grip department.

While the 132kW/400Nm 2.0-litre turbo-diesel lacks the sparkle of the petrols, it’s a solid engine with decent grunt off the line (8.6sec to 100km/h) and a six-speed dual-clutch ’box that is so slick and positive the car feels like a perfectly tuned regular auto. 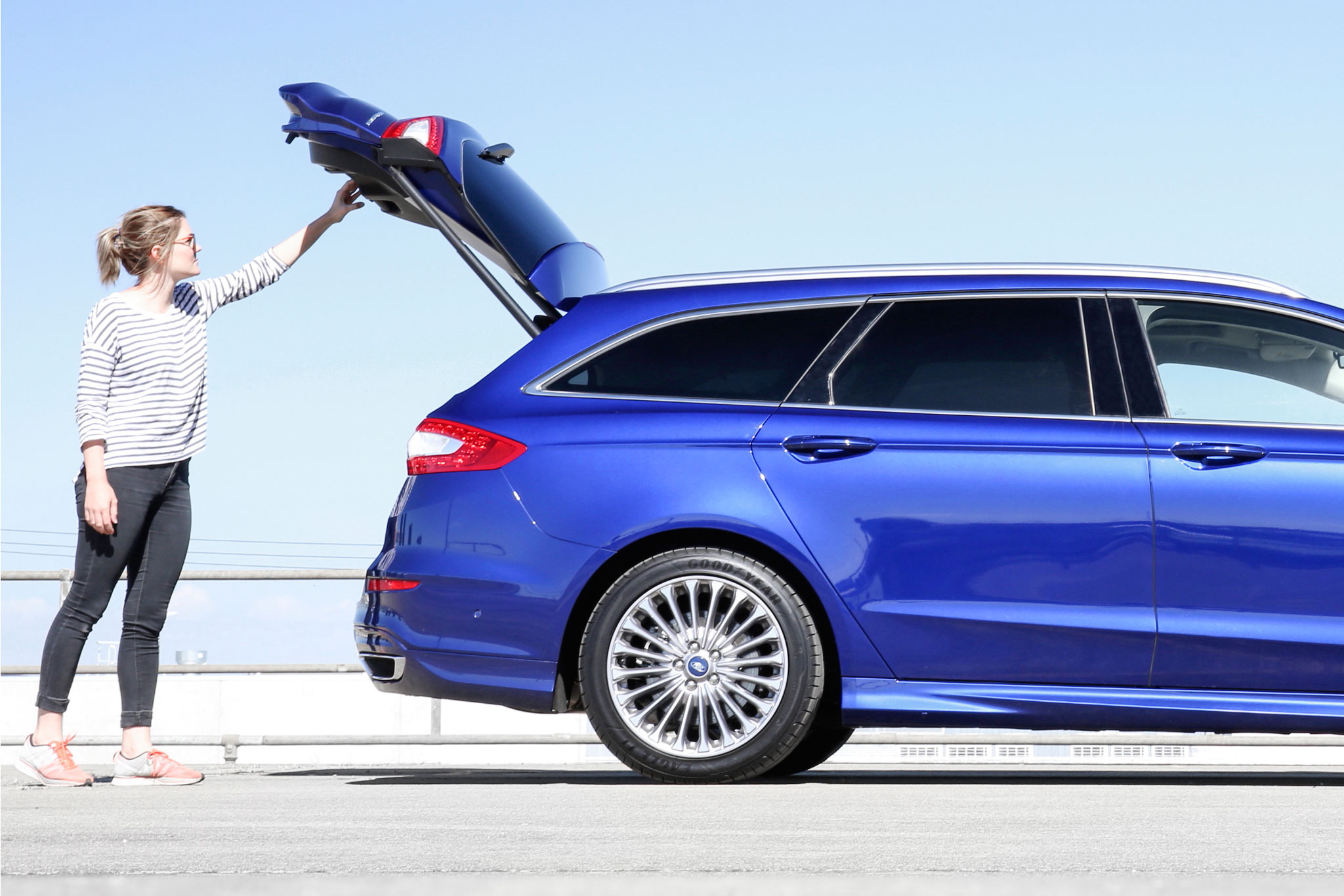 The 54kg-heavier wagon feels equally as dynamic as the hatch, and it gets self-levelling rear suspension to boot, as well as cargo dividers on rails like the Audi A6 Avant. Terrific ESC tune, too, which keeps the car on line in hard driving without spoiling the show.

While two years might be a long time to wait, we think the new Mondeo is well worth it. At the lower end, its excellent refinement, ample space, great seats and superb dynamics make a base Falcon seem virtually redundant, though in XR, Turbo and V8 guises, the home-grown Ford maintains a definite USP.

At Trend level, though, in either body style, the Mondeo deserves to make an impact. In so many ways, it’s all the car most people could ever need. 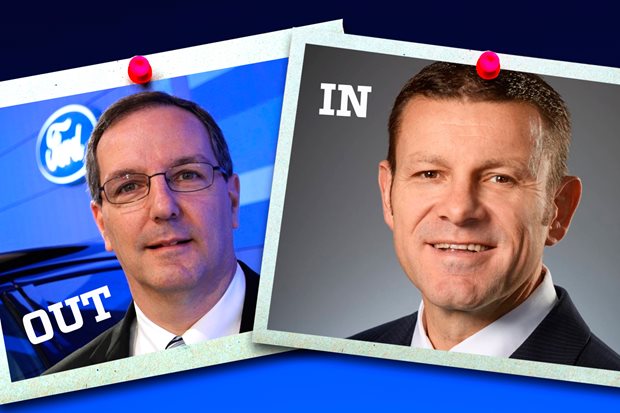 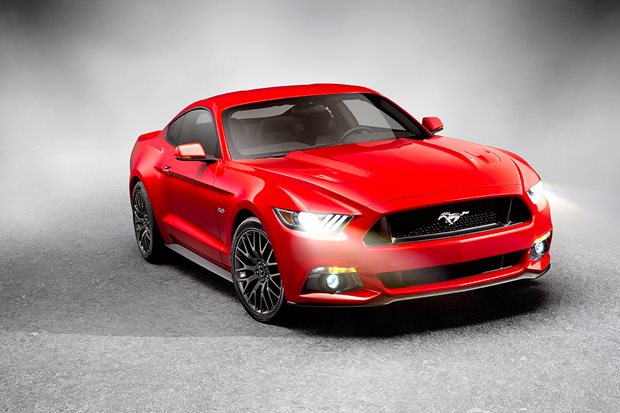 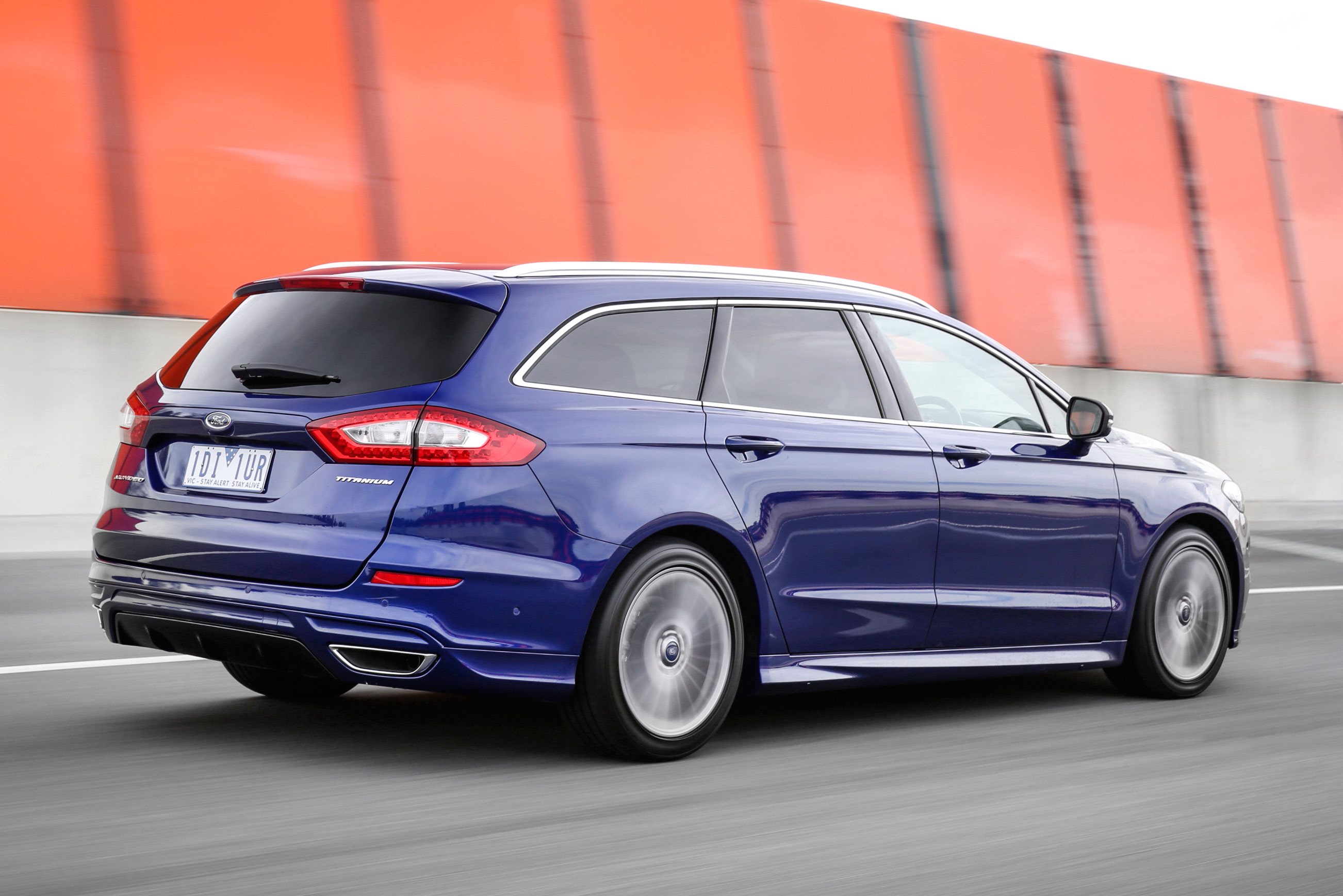 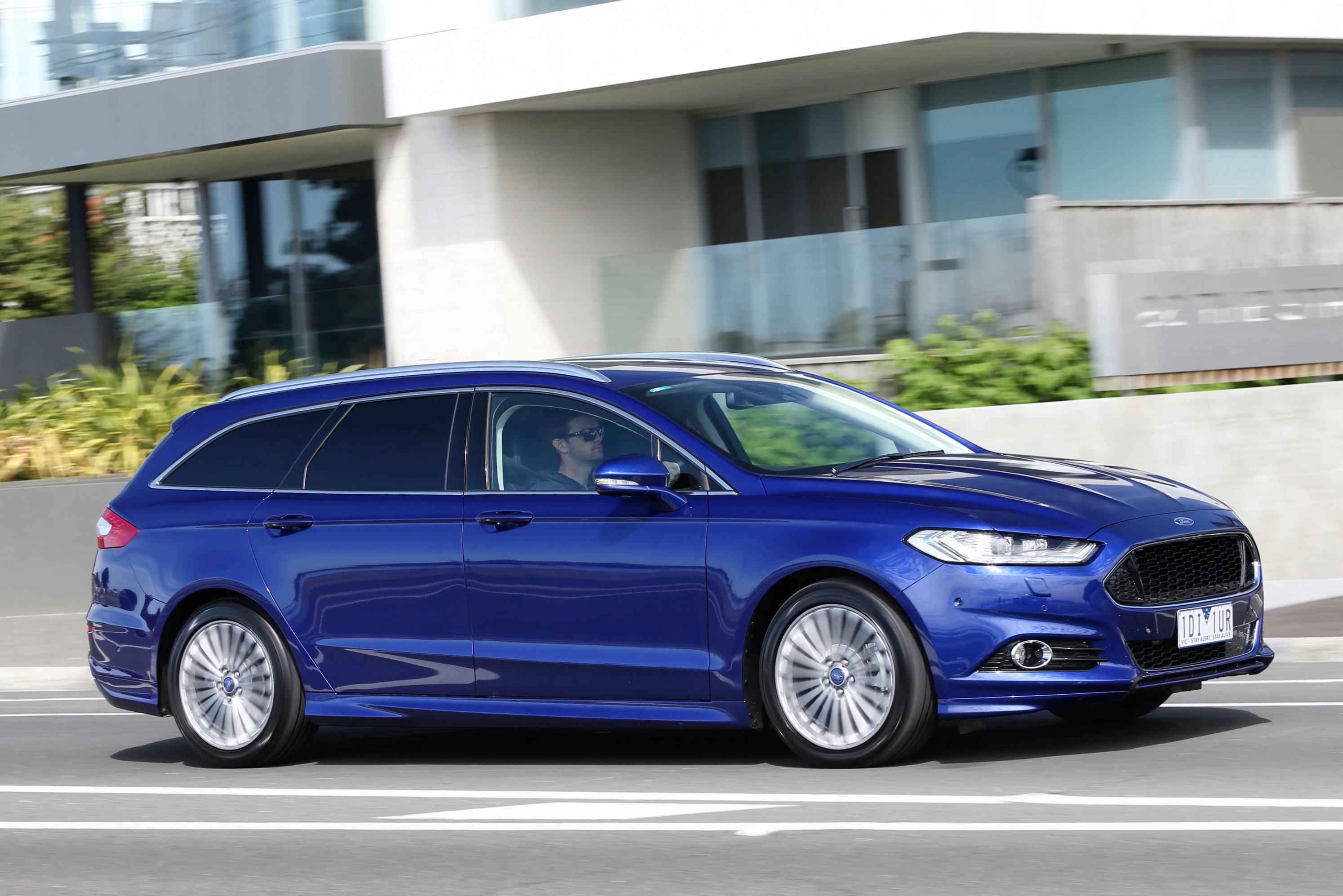 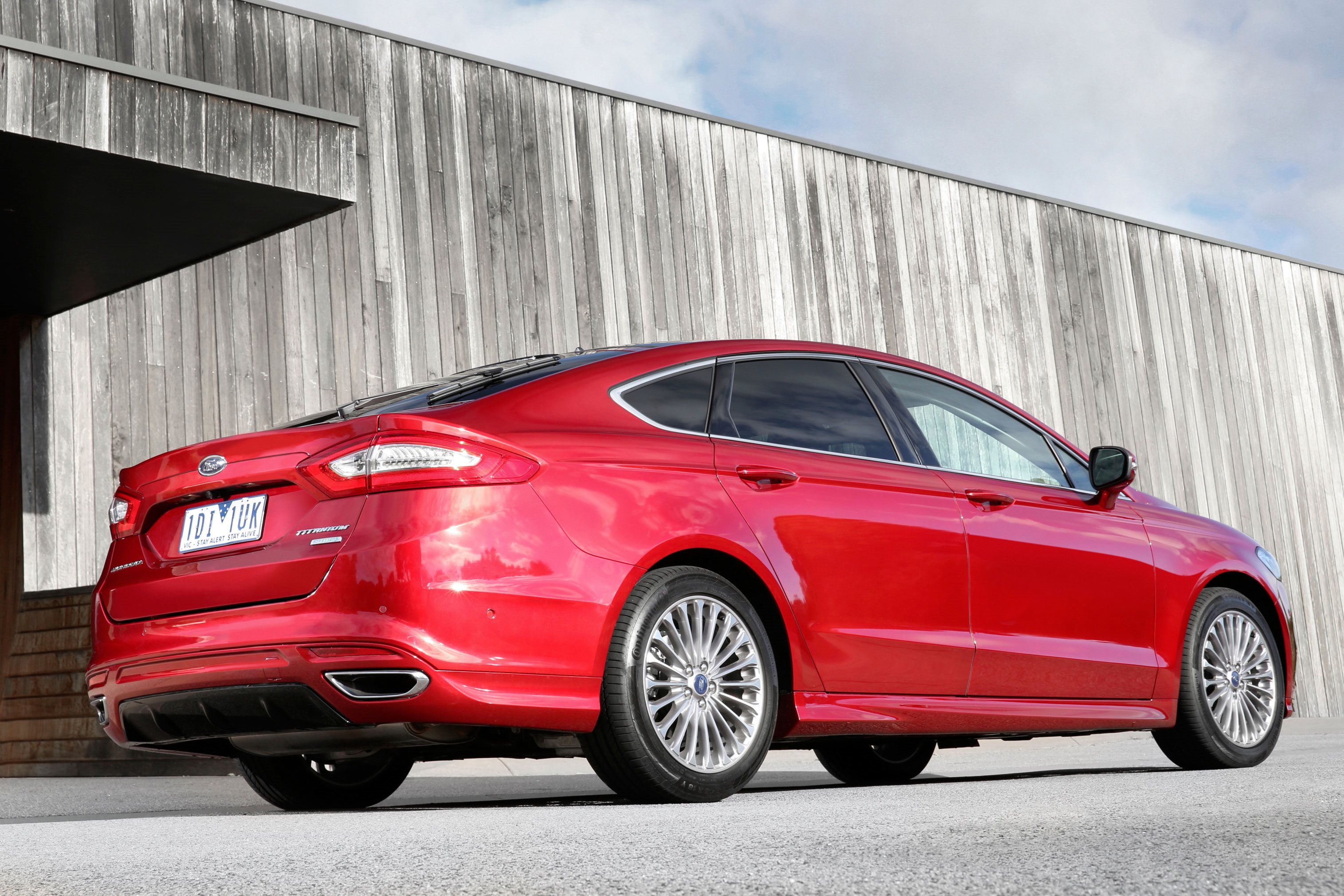 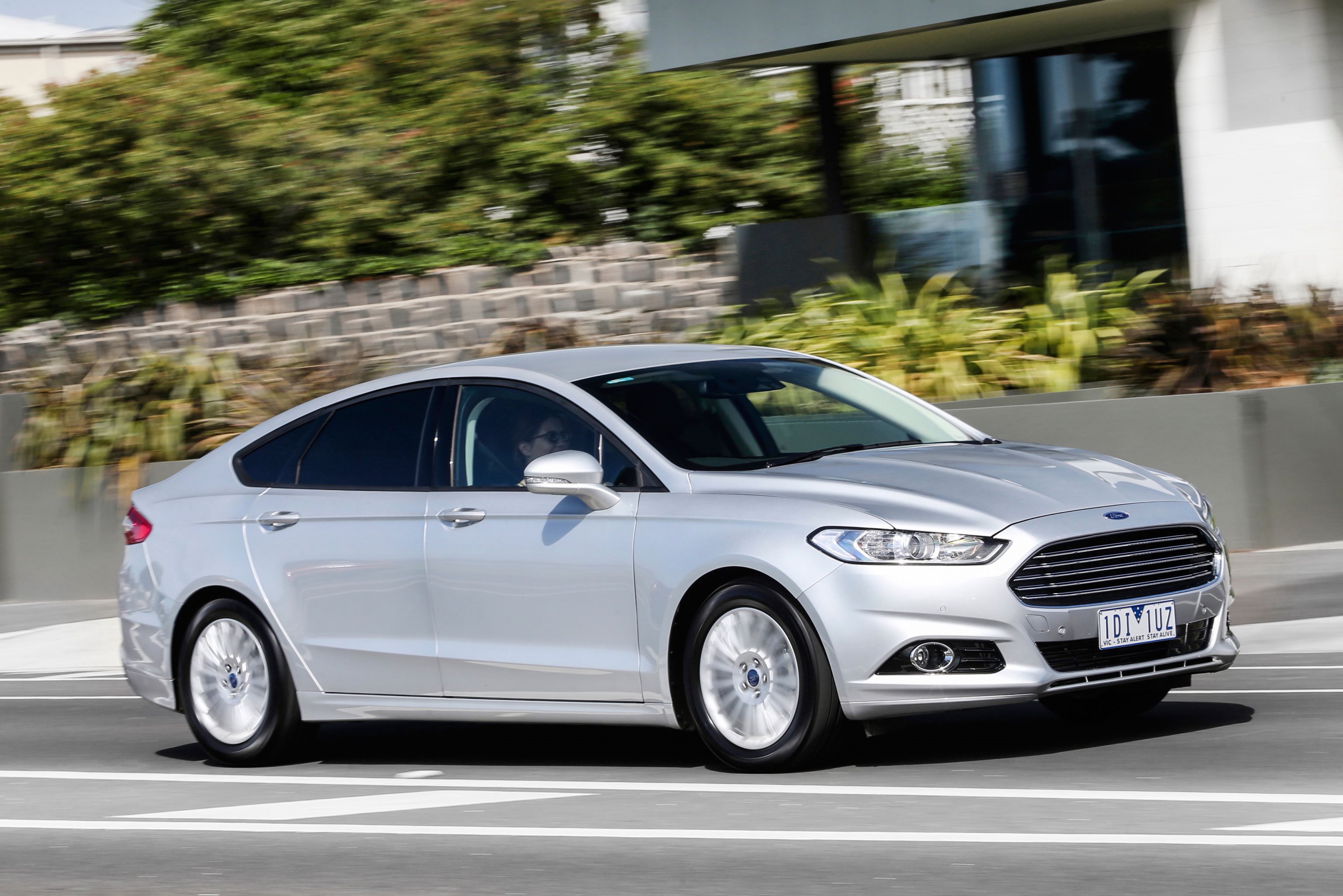 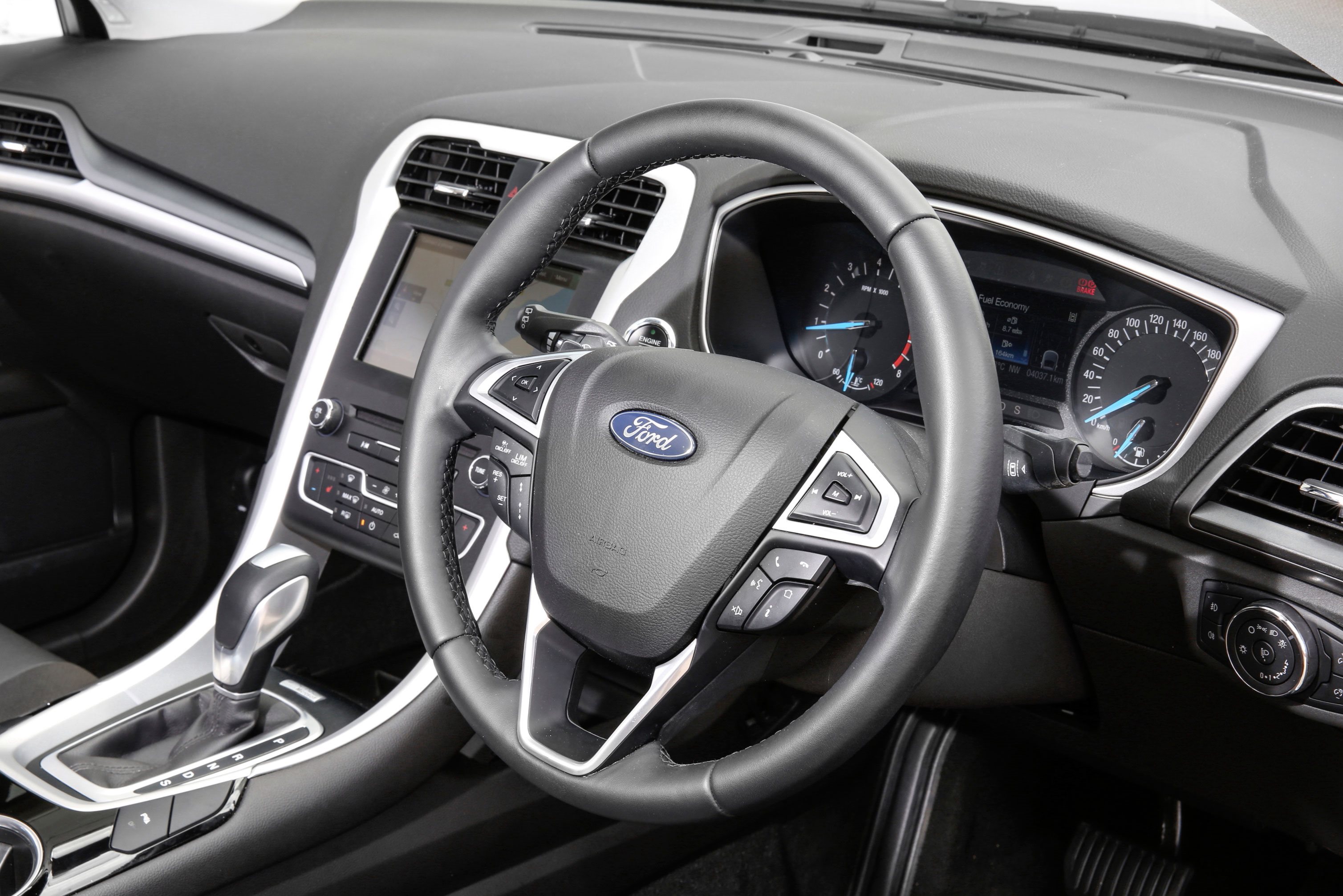 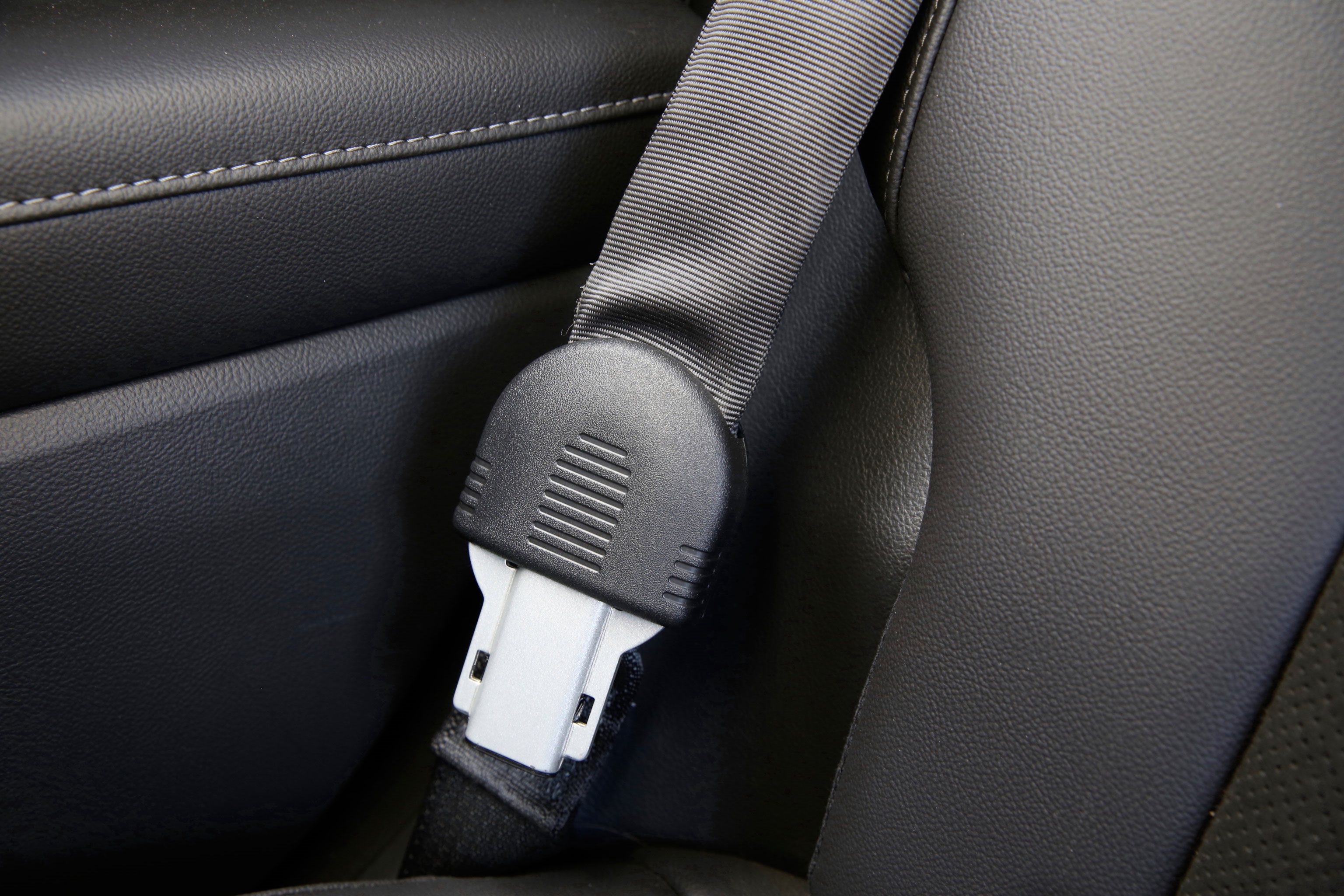 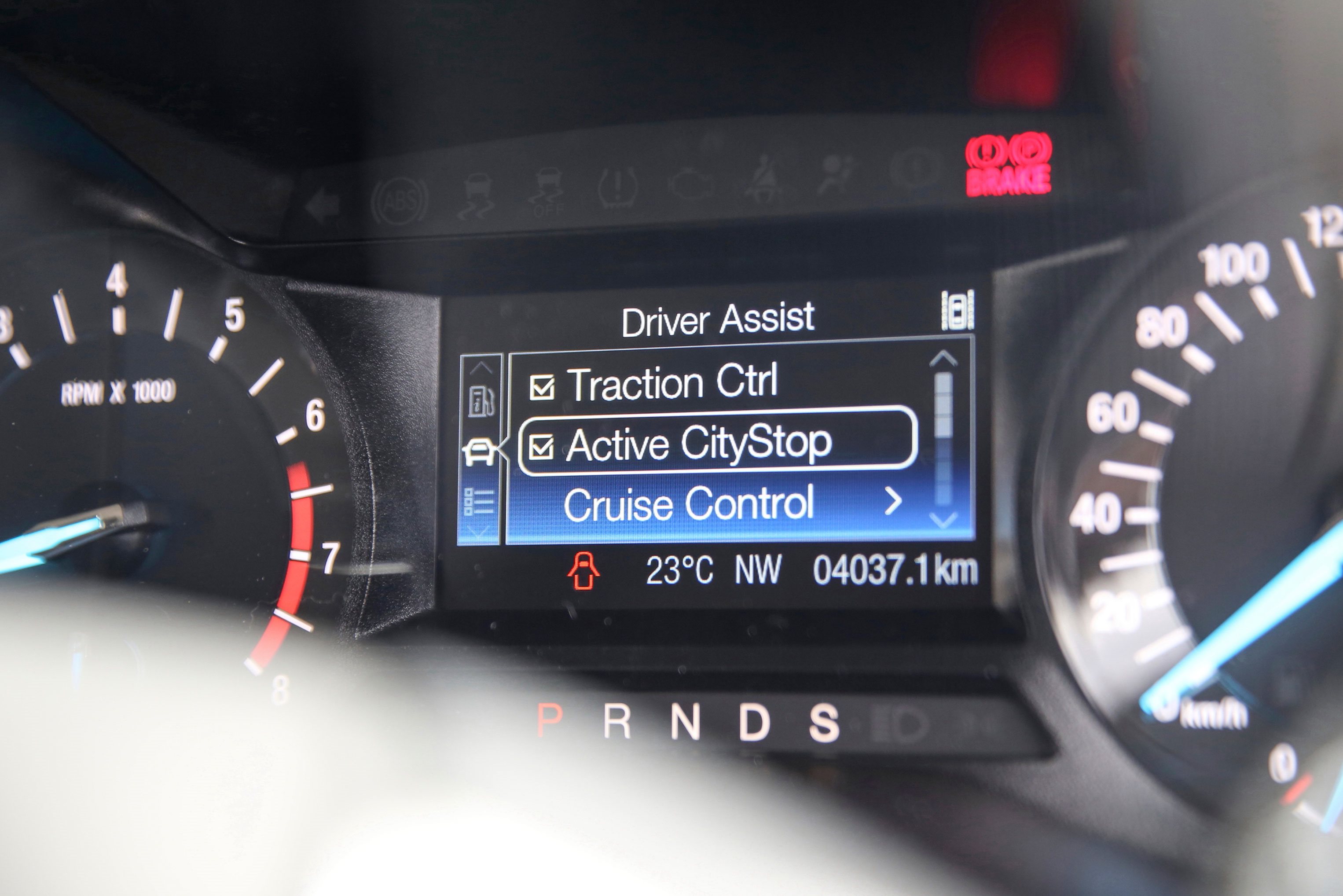