An updated version of Hyundai’s Sonata mid-size sedan that rivals the Toyota Camry, Mazda 6 and the incoming, imported Holden Commodore. This isn’t an all-new car, but rather a facelift that brings overhauled styling for a sportier look, important tech and safety upgrades and a revised two-tier model line-up that starts at $30,990 for the entry-level Active and tops out at $45,490 for the range-topping Premium model we’re driving here.

To see if the updated Sonata can deliver on the promise shown by its LF-series predecessor. While far from perfect, we praised the old Sonata’s fluid handling, impressive list of equipment and spacious interior, though criticised its busy ride and uninspiring dynamics. Can this new model bridge the gap? Sleeker to look at and now even better-equipped, the 2018 Sonata continues the nameplate’s march in the right direction but still lacks the dynamic polish and all-round appeal to challenge the best in its class. And no AEB availability is a disappointing omission. THE last time Wheels reviewed the Hyundai Sonata we delivered a rather blunt verdict: “As a work in progress, Sonata is on the right track”, we wrote, before handing it eighth place in our 10-car family sedan megatest back in 2016. Our review, which praised the Sonata’s space, equipment and fluid handling, finished hopefully, suggesting an imminent replacement could address its lack of dynamic verve and all-round appeal.

Well, fast-forward 12 months and the updated Sonata has arrived. Now boasting overhauled styling that ditches the old car’s restrained and slightly dour look for a sportier and sleeker appearance with a cascading front grille, the 2018 Sonata also brings important tech and safety upgrades and a rationalised, two-tier model line-up. The mid-spec Elite variant is no more, with the range now starting at $30,990 for the entry-level Active and, as before, tops out at $45,490 for the flagship Premium variant we’re testing here. Both cars use carryover engines: a 138kW/241Nm aspirated four-cylinder petrol in the Active, and a gutsier 180kW/353Nm turbo four in the Premium, which is now paired to a smooth and intuitive eight-speed automatic (replacing the old car’s six-speeder) for a 0.7L/100km improvement in fuel economy.

Inside a revised centre stack with piano-key buttons houses an 8.0-inch touchscreen with sat-nav and Apple CarPlay/Android Auto connectivity.

Premium versions gain the most bells and whistles, with new additions to an already extensive list of standard equipment including a flat-bottomed steering wheel, a wireless phone charging pad and an updated safety pack that brings blind spot detection, lane-departure warning and radar cruise control. Disappointingly, despite Hyundai Australia’s best efforts, AEB isn’t available on either Sonata variant as the potentially life-saving tech isn’t offered to our market.

As before, the Sonata’s cabin is spacious and comfortable with ample knee, shoulder and headroom in both rows, plus excellent vision and an airy, light-filled ambience helped by the Premium’s standard panoramic sunroof. Rear-seat passengers are well catered for too, with centre air vents, window blinds and  well-padded seat cushions. 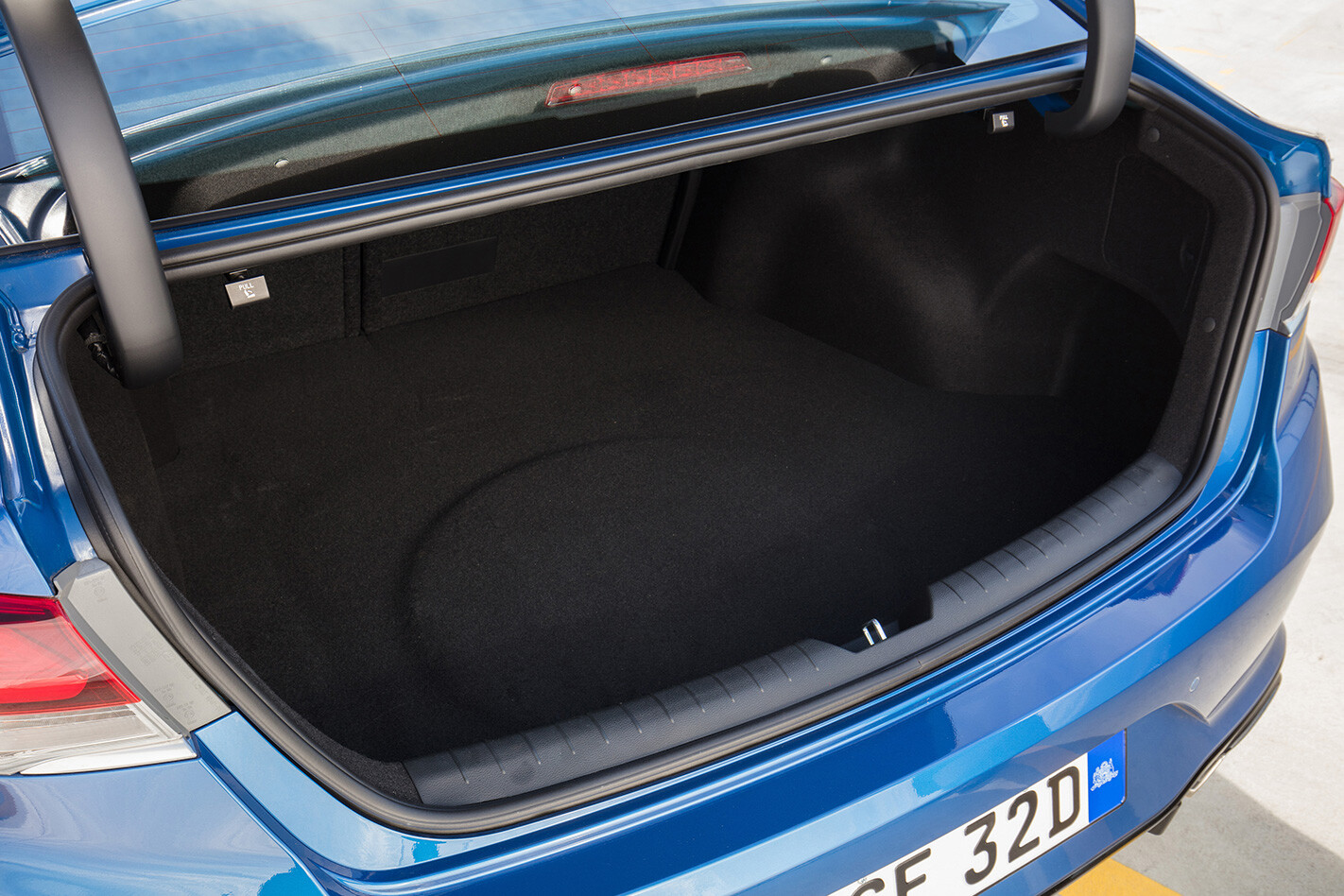 Dynamically, little has changed despite the inclusion of higher quality tyres – 17-inch Continental Contact 5 on the Active and 18-inch Michelin Pilot Sport 3 on the Premium. Both variants use the same locally tuned chassis and suspension settings as before to deliver handling that’s fluid, predictable and easy to place.

Yet there are flaws. Despite the better rubber, wheel spin and torque steer are apparent in the Premium with heavy throttle inputs and on poor surfaces the ride is consistently busy. They’re niggles that take the edge off what is a well-judged dynamic package and mean that despite its improvements, the 2018 Sonata falls largely into the same trap as before: much to like and little to offend, but also little to excite.