Grip, balance, communication, power delivery – these are the aspects we bank on to be able to drive a car quickly, but safely, within its limits.

Last week we tabled five cars to drive flat out and now we’ve gather a group that don’t quite align with one or more of the above aspects. Perhaps they are friendlier to drive below eight-tenths, or simply require race-driver levels of talent to keep them in line.

Either way, it’s best to approach these five with respect. 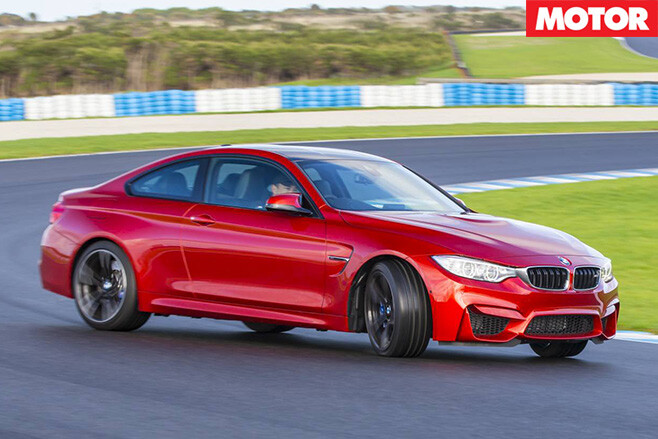 Beautifully balletic on smooth roads and at higher speed, the latest M3 sedan and M4 coupe can be a handful when tight, damp, bumpy roads present themselves. Steering feel is lacking, the suspension struggles to maintain composure in the rough stuff, and the 317kW/550Nm 3.0-litre twin-turbocharged six-cylinder can be brutally boosty. Tasks such as going to church and taking pigs to market – the original dual brief for the Australian utility – cannot be done much faster than in an XR6 Turbo ute. The immediacy of boosted torque combined with a light rear-end with live-axle suspension under it makes this Ford more about performance than chassis, to put it as gently as your right foot will need to be in corners. Is this the British version of a Corvette? Blurring the line between sportscar, muscle car and supercar, the rear-wheel drive 404kW/680Nm is hilarious to pedal hard. With an epic supercharged V8 mid-range it’s best to sit behind this long cannon and hold on. It handles well, but requires the utmost delicacy and respect at all times. Top of the class in 2009 it may have been, but the Nissan 370Z is showing its age. Like the current Ford Mustang and superseded BMW 1 Series M coupe, it is a relatively compact coupe, with a grunty engine feeding the back wheels. It’s the short wheelbase that can make its handling tetchy – especially with bumps thrown in – so care with throttle is required. Think hard before switching off the overly aggressive stability control. You wanted a true successor to the 205 GTi, a hot-hatchback not exactly renowned for fluent on-limit handling? Peugeot stiffened up the regular 208 GTi to such a degree at the front that when it grips up, its torsion-beam rear wants to swing around. As with the Ford Focus ST – a runner-up in this list – its tendency to oversteer means this one is best driven with stability control on, unless you’re an expert on a racetrack.