We love Mazda’s MX-5. But there’s no doubting it’s a little slow.

However, you won’t be able to convince stateside tuners Flyin’ Miata. It’s turned the new Miata (as the MX-5 is known over there) into a 321kW turn-key package.

The headline figure comes from GM’s LS3 V8, which our own Holden SS cops in VF II guise. FM has quite the reputation for cramming big engines in Miatas, and the ND is its latest creation to benefit from its lunacy. 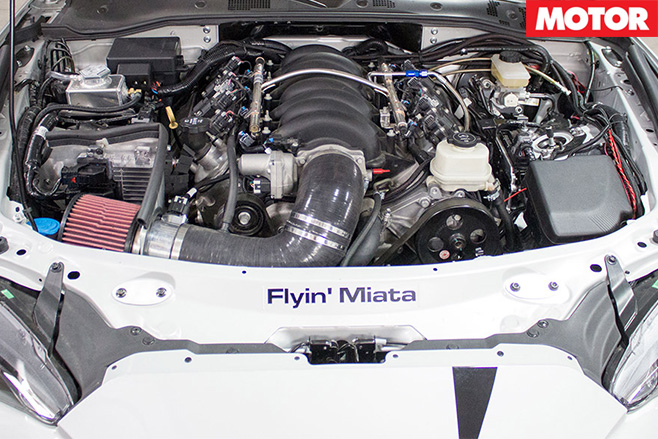 The Colorado based firm says it can buy a new Miata or you can provide it with one. Either way it’ll end up as a ‘completely re-engineered automobile’ as it junks the stock driveline, suspension, and brakes with ‘new’ factory or aftermarket parts.

Hanging off the 6.2-litre pushrod is a T56 ‘Magnum’ six-speed. It’ll spin an aluminium shaft that meets a Camaro LSD rear-end. Heavy-duty half shafts are the last link the driveline’s chain.

There’s also a GM-built wiring harness and management system. So you’ll lose electric steering (for hydraulic power) and traction control, while an aftermarket cruise-control costs $1000. The upside of this is clearly hilarious power-to-weight. 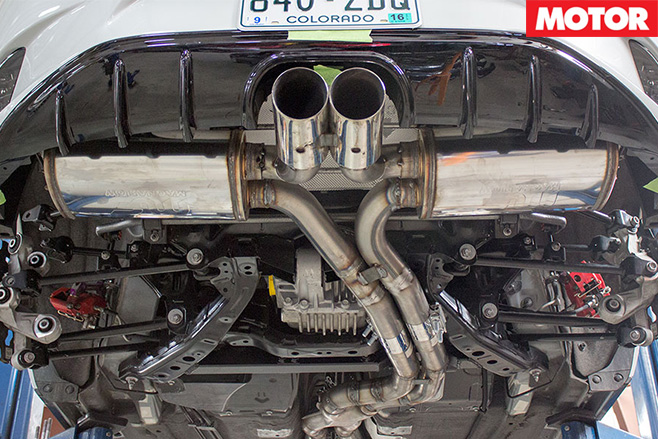 In its least powerful guise, the new LS3 has only 1175kg to push, gifting it a power-to-weight ratio of 273kW per tonne. Grave oglers can opt for the ‘525’ option, which drops in a hotter cam and bumps power to 391kW/664Nm for a ratio comparable to a Ferrari 488 GTB’s.

You can also have your madness built with different flavours, as FM will happily do the same to Fiat’s incoming 124 Spider or Retractable Hardtop Miata.

But the result should be priceless.