Ford Australia has given its Broadmeadows and Geelong local operations one final salute with an emotionally charged time-lapse video dubbed 24 Hours of Manufacturing.

Released after the final-ever Australian-made Fords rolled off the line late last week, the video has the sort of high production values to make it a fitting farewell to both the loved Ford Falcon and Territory, and the sizeable manufacturing workforce.

Aptly backed by Forever In Time by Canadian producer Tim McMorris, the video starts at dawn with steel-forming fire blazing at the casting plant in Geelong, and after two minutes, 30 seconds it ends at the assembly plant in Broadmeadows as vehicles undergo final checks.

Workers first check and sort the freshly baked components on a conveyor belt. A flag is draped from the roof, a Ford badge only with ‘PRIDE’ printed inside it. 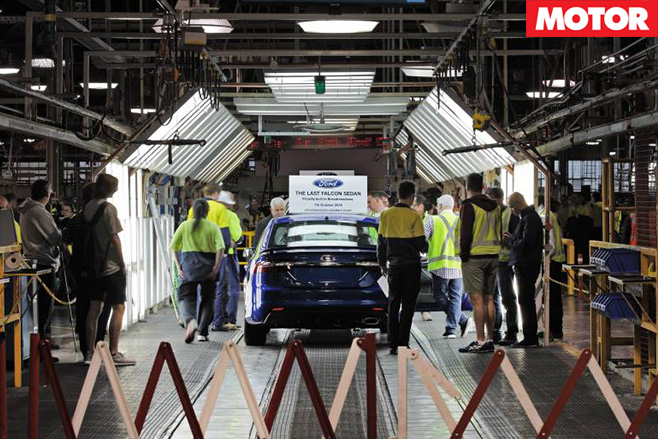 Stamped side panels are lifted by robots onto loaders then stacked inside a truck ready for the 80km-plus journey to the north of Melbourne. Engines are bolted together largely by hand before likewise being transported. 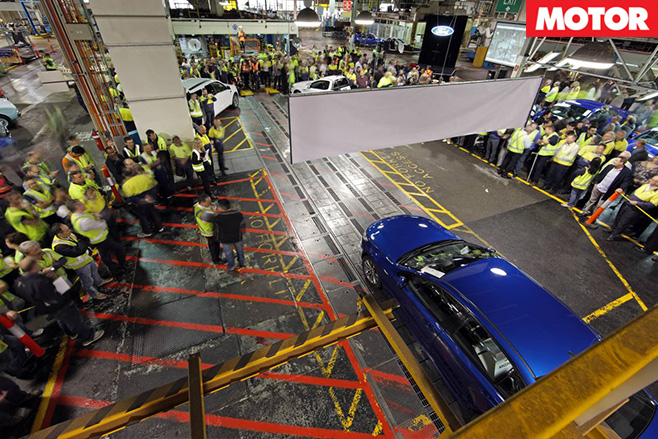 At Broadmeadows robots hurriedly zap the naked panels together before the newly shaped Falcon and Territory join the production line through paint shop, suspension installation, engine and trim fit-out, before finally falling under the bright lights of a final check station.

“Thank you to all the many dedicated employees who have supported Ford over the last 91 years and continue to support Ford in the future,” Ford Australia wrote on its Facebook page where the video was released. 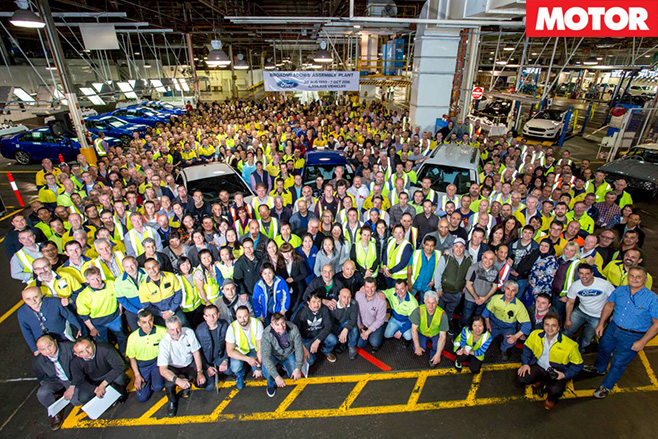 On its YouTube page, meanwhile, Ford Australia also released a five-minute slideshow summarising its manufacturing achievements across almost a century.