The Ute has long been part of Ford’s three-tier Broadmeadows-built range, but the Falcon sedan and Territory SUV will continue until October 7 this year. A white FG X XR6 was the final Falcon Ute produced and will be retained by Ford Australia. 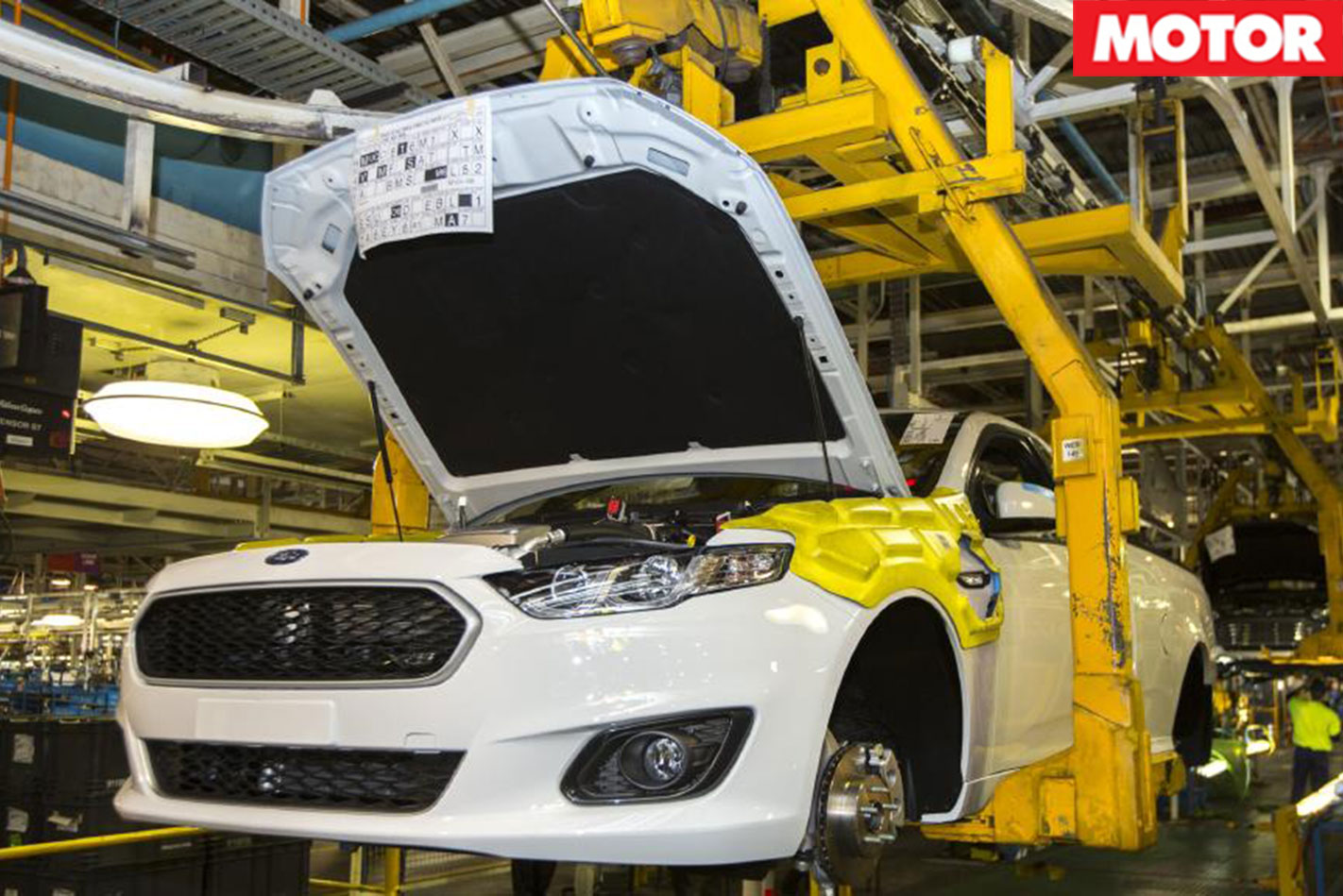 However, this year it was the $38,710 XR6 Turbo ute, complete with live-axle leaf spring rear suspension and 270kW/533Nm 4.0-litre turbocharged six-cylinder, that was Ford’s fastest load hauler.

It wasn’t always that way, so let’s press rewind and farewell Ford’s own concept – a Gippsland farmer’s wife in 1933 wrote to Ford with the request for a car to go to church in on Sunday and take the pigs to market on Monday and so Ford’s 1934 Coupe Utility was born – with five of the Falcon ute’s finest moments.

1. Genesis, with V8s hot on its heels 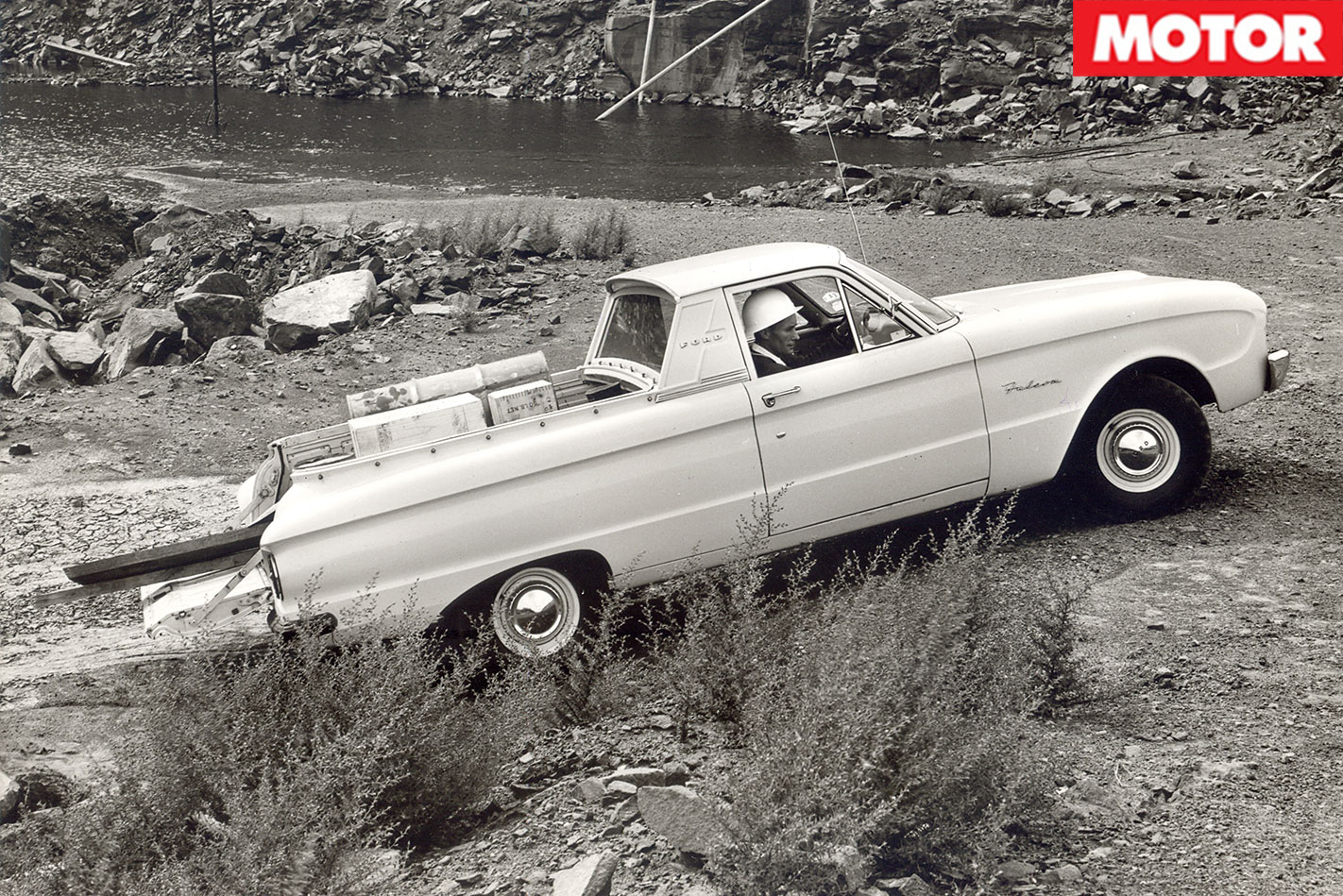 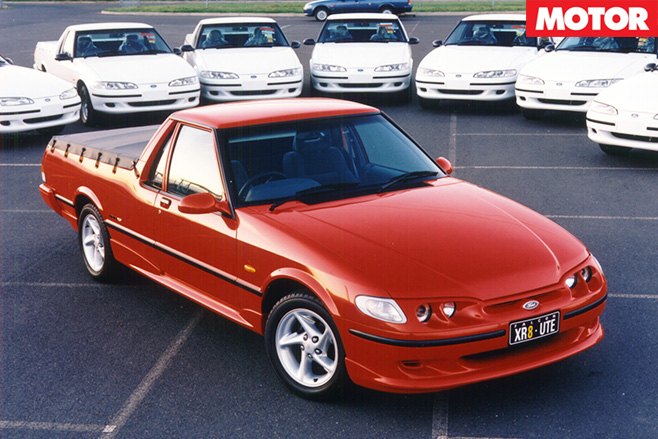 Ford Australia would soon infamously pull the V8 engine entirely from its stocks, leaving the 1982 XD topping out at $11,048 with the just-under-five-litre engine.

While the Blue Oval re-fired with V8 power in 1991 under the bonnet of the Falcon sedan, it would take until 1997 for the Falcon Ute to again be motivated by eight cylinders. Astonishingly, the XH II was still based on the XD of 15 years prior, sharing its chassis/body/interior architecture. 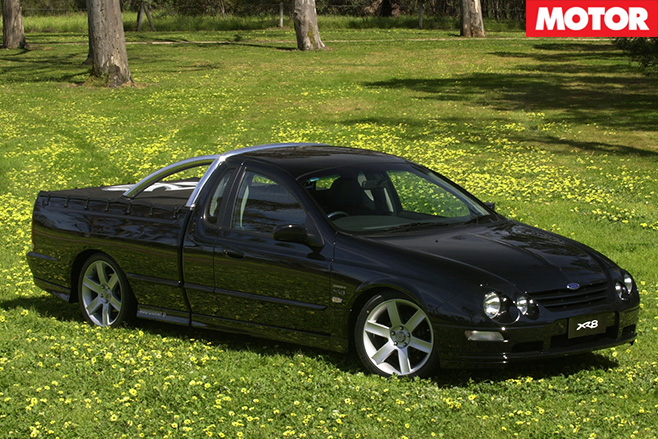 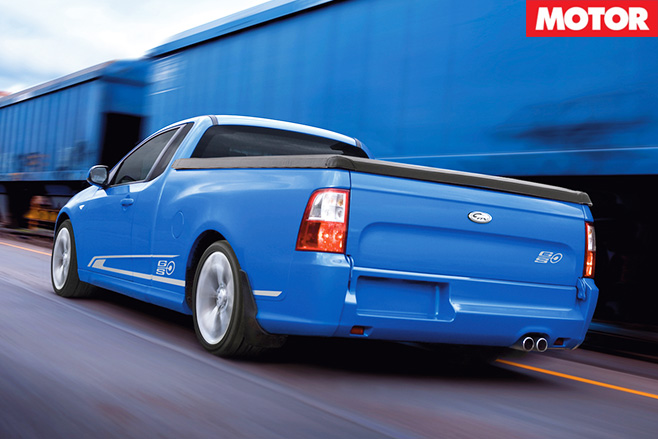 Ford Performance Vehicles (FPV) debuted in 2003 and by the 2008 FG you could get 310kW/565Nm of Barra grunt or a 315kW/551Nm V8 – the latter remaining the most powerful production regular model grade of Falcon Ute ever. 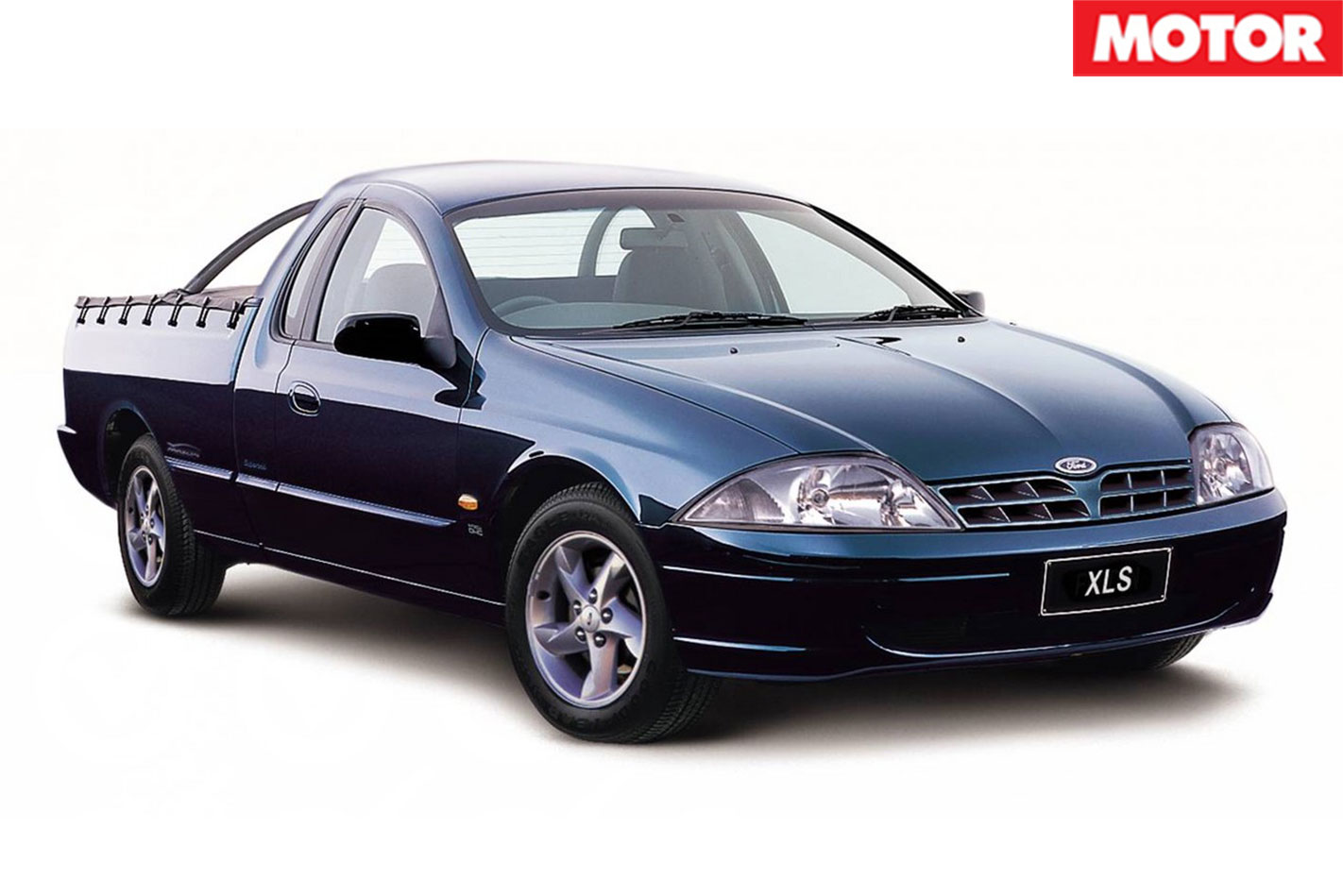 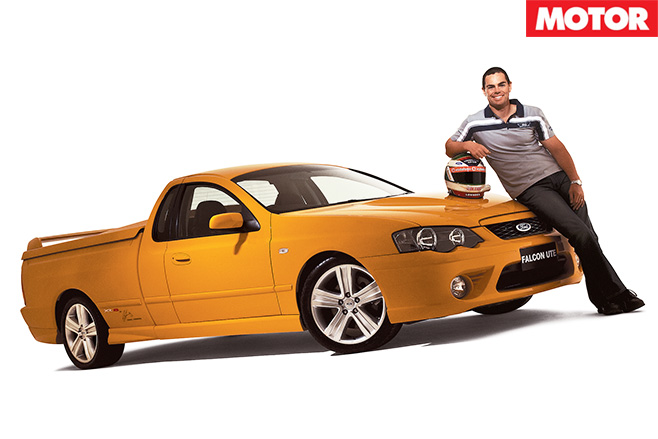 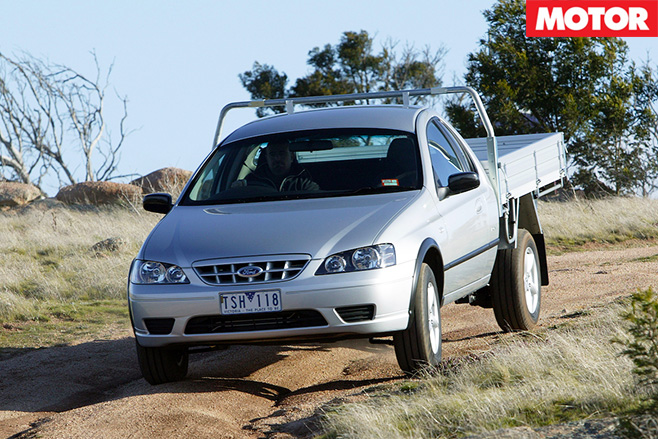 The Falcon Ute was touted as a proper ‘one tonne’ load lugger, and at various stages was available in cab-chassis, van and, until the BA, three-across column shift configuration.

It forced Holden’s hand to make Commodore Ute a ‘one tonner’ for the VY, which also borrowed the Adventra’s all-wheel-drive system to (briefly) steal a sales lead in 2005 and 2006.