A new petrol-electric Mustang is at the centre the Blue Oval’s electric strategy, which includes 13 new hybrid or all-electric variants within the next five years. And guess what? It might be heading our way

The Ford Mustang will soon come with batteries included, with the Blue Oval announcing it will produce a hybrid version of its iconic pony car - and that it could come Down Under early in the next decade.

It will be primarily powered by an unspecified EcoBoost turbo engine - potentially a development of the 233kW/432Nm 2.3-litre donk in the current-gen Mustang Ecoboost – which should match its 306kW/520Nm V8 big-brother once augmented by an electric assistance motor.

The hybrid powertrain will feature in the all-new 2019 Ford Mustang and is expected to make its US debut in 2020 before going on sale in other markets.

Australia is likely to be one of those markets, with a Ford Australia spokesman telling Wheels a hybrid Mustang would be an opportunity to build on the Mustang’s success here and “to showcase the company’s technical expertise”.

While the thought of a hybrid Mustang won’t please the purists, who are still coming to terms with a four-cylinder version of the iconic muscle car, it will be the latest in a growing number of petrol-electric sports cars such as the BMW i8 and Honda NSX. 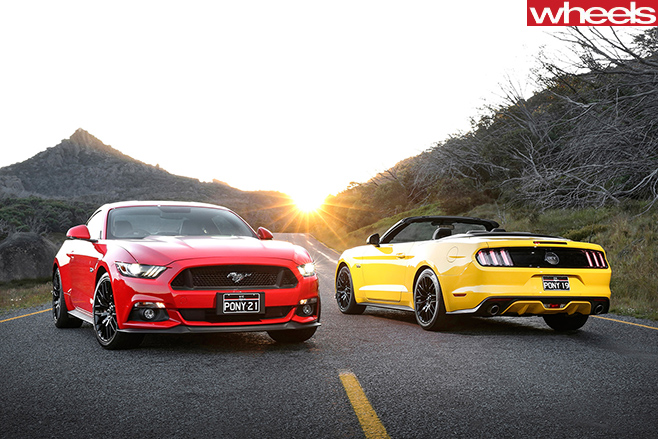 The hybrid Mustang will be one of 13 new Ford electrified models due in the next five years, including a hybrid version of the F-150 pickup, a plug-in hybrid Transit van, an all-electric SUV and new hybrid police pursuit vehicle likely to be based on the new Lincoln Continental.

Fields says the expanded EV line up is in line with the company’s belief that “electrified vehicles will exceed gasoline-powered within the next 15 years”.

Ford Australia has similar expectations to its parent company, despite the relatively slow uptake of electric vehicles here and a lack of green car incentives for manufacturers and buyers.

“While Australia may not have the infrastructure for widespread plug-in vehicle use right now, the industry is changing, and infrastructure will continue to grow,” a Ford spokesman said to Wheels.

"That will naturally envelop Australia – and we know that Australians are often early adopters of new technologies.”