Ford Mustang lands in Australia, but sold out until 2017

The first customer orders of the Ford Mustang have rolled off the ship straight from the good ‘ol US of A – and it looks like there will be no stopping these boats.

Ford Australia has called it quits on taking any further orders for the Mustang for 2016, with the supply-dictated order bank of 4000 cars all sold and 80 per cent of buyers placing paid deposits.

Even before the first production right-hand drive Mustang for our market rolled off the ship at Melbourne’s Appleton Dock this week, orders had already amounted to two-thirds of total Ford Falcon sales last year. 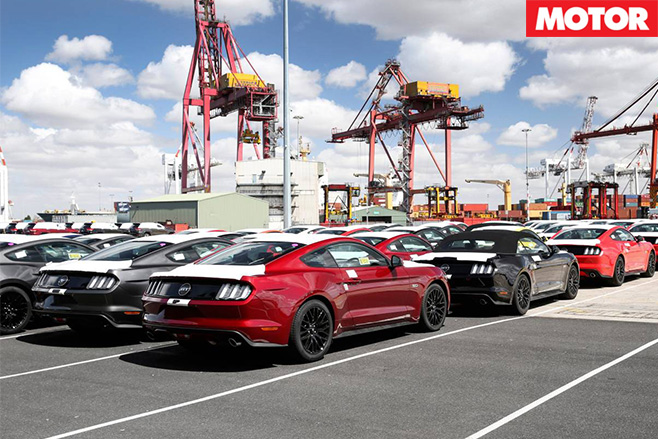 The coupe bodystyle has secured 86 per cent of the order bank compared with the convertible (auto-only for a $9K premium). 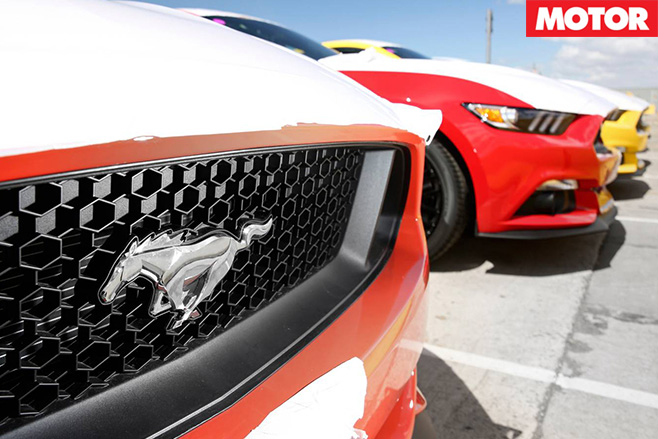 Mid this year, Ford Australia announced that if a buyer were to place a Mustang order their car would not arrive until the middle of 2016. The orders and therefore delays haven’t stopped, with 2017 now the earliest arrival date for fresh Pony car buyers.

The Ford Mustang was pegged for a December launch to the local media, however that has been pushed back until January.