At the Geneva Motor Show it’s taken the drivetrain hardware from its championship-winning Formula E car and stuffed it into its passenger supermini EV.

Known as the Zoe e-Sport, it’s based upon the Fiesta-sized Zoe sold in Europe, but can slingshot to 100km/h from standstill in 3.2 seconds. Some 10.3 seconds faster than the road car. 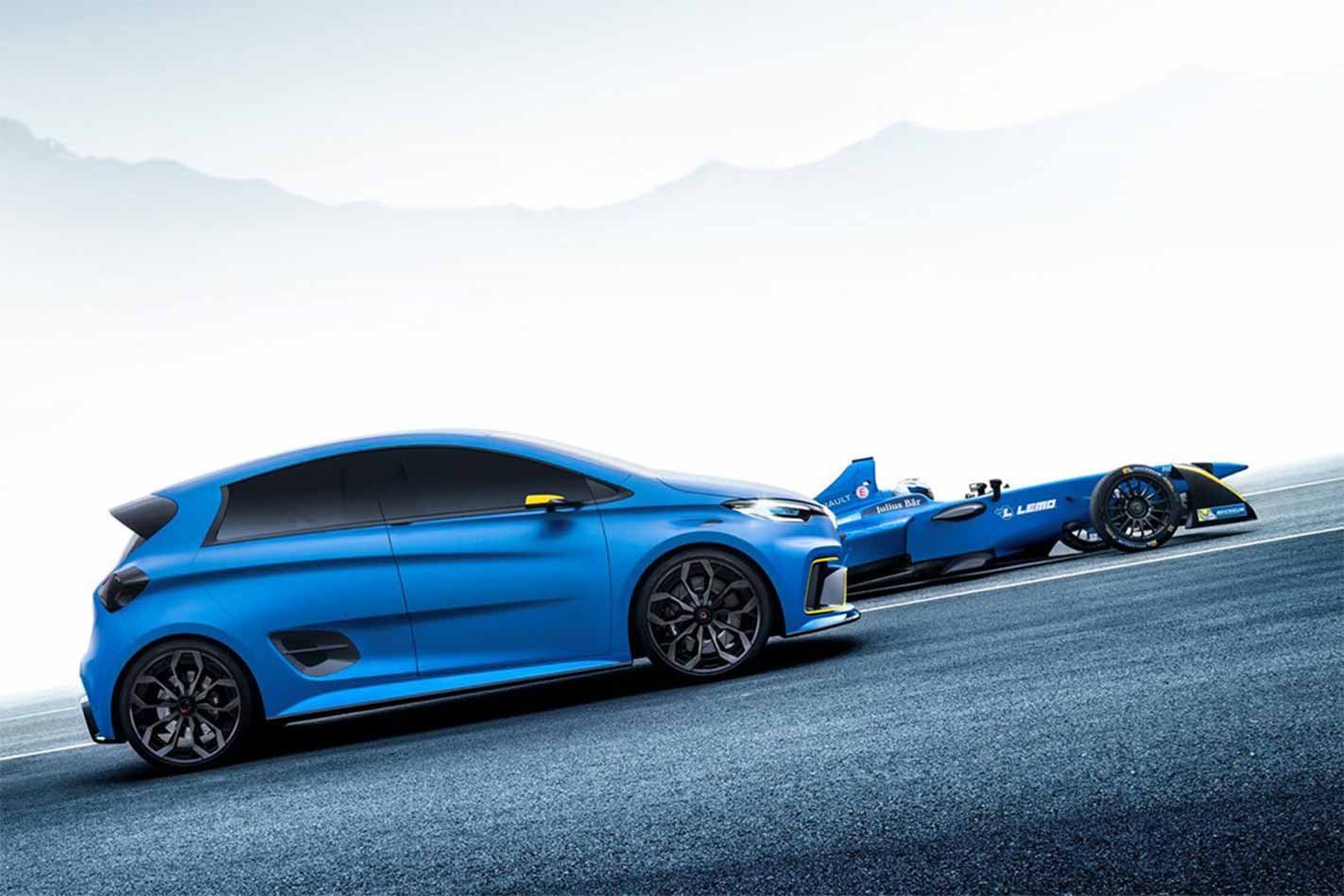 The concept car steals two Formula E-spec motors for 338kW and 640Nm worth of electric whack. Making it even more powerful than the open-wheeler from which its gizzards come.

With each motor spinning an axle of its own, they draw on a 40kWh battery pack that penalises the car 450kg, while a steel tube-frame has helped stiffen the body structure.

But thanks to a full Kevlar carbon-fibre body the e-Sport actually manages to weigh in 60kg lighter than its road counterpart. 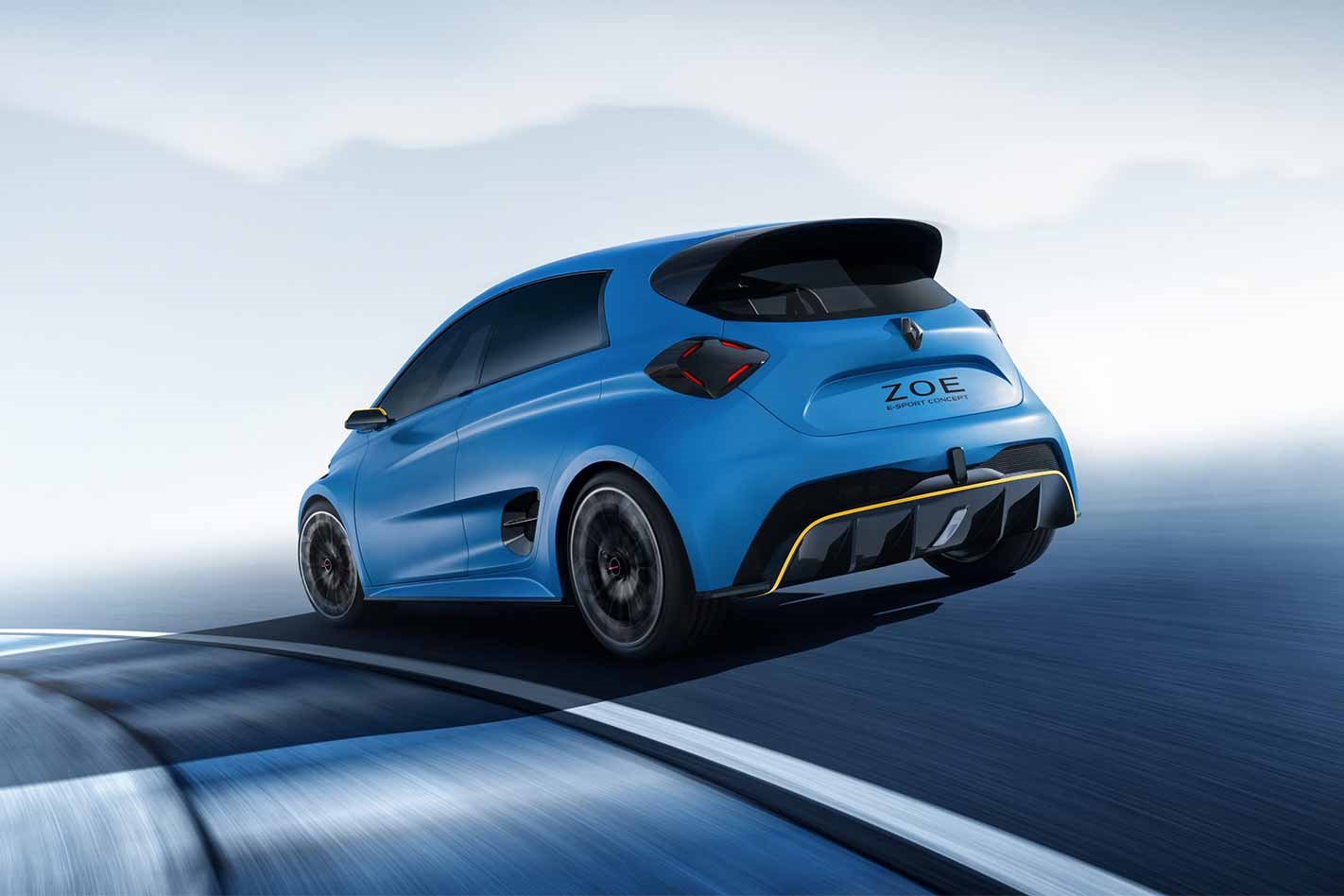 With a flat-underside and considerable silent stonk, the e-Sport can also run on to 209km/h, where its rear ‘diffuser’ and spoiler’s downforce should come into play.

But Renault’s given cutting-edge tools to make sure it handles. Double wishbones feature all round along with four-way adjustable Ohlins dampers.

Meanwhile Recaro buckets and harnesses strap you down behind a rectangular steering wheel and digital dash. 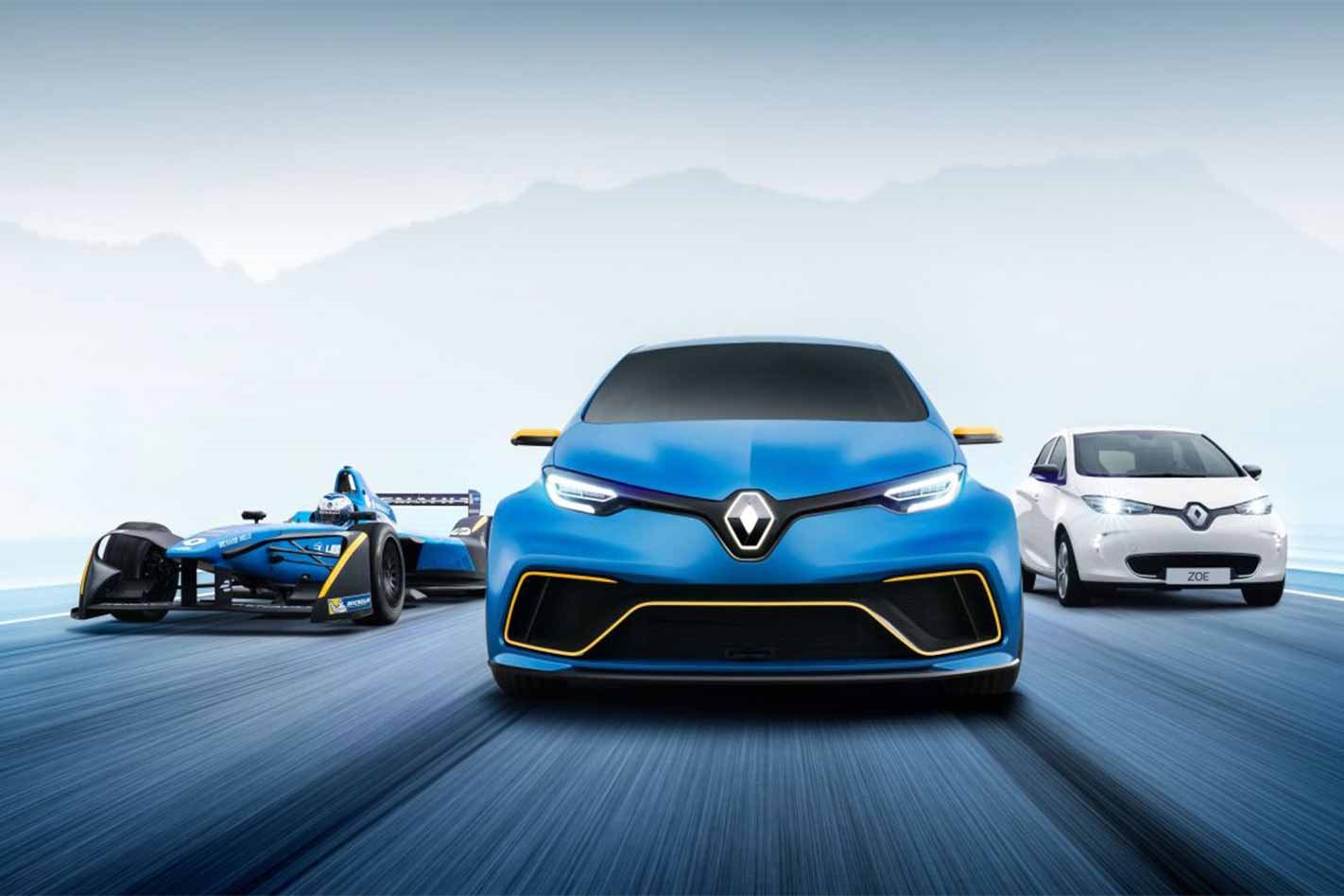 Aluminium switches and alcantara characterise the car’s racey interior, while its blue hue is taken from the firm’s open wheeler.

The interior features an adjustable drive mode dial which offers four options, each varying its power and thereby the car’s range. It can also adjust the torque bias and brake bias between each axle.

Unfortunately just like the Renault Twizy F1 concept, this shockingly cool Zoe should remain just that. 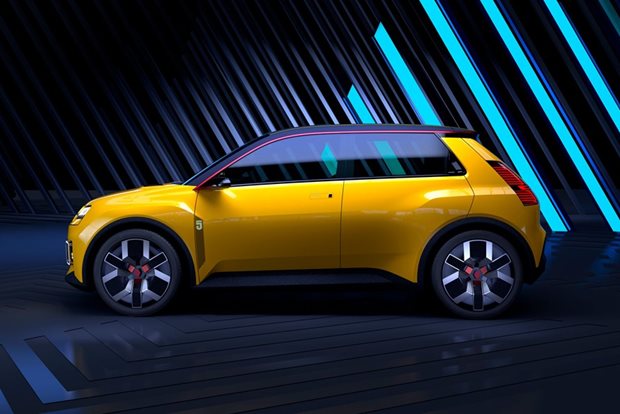 Powered by electricity and nostalgia, the Renault 5 electric hatch is due 2023