If Ken Block was more of a kei car guy, this might have starred in Gymkhana Ten

This is Alex Saint, and he’s got a pretty unique Honda N600.

This N600 is already different for being a ute in the first place – that’s not how it was originally designed.

It’s also packing a little more power than it did when it rolled out of the factory back in 1971 – Alex has swapped a GSX-R 100 motorcycle engine into it. The whole thing weighs just less than 500kg, and the engine makes around 142kW. 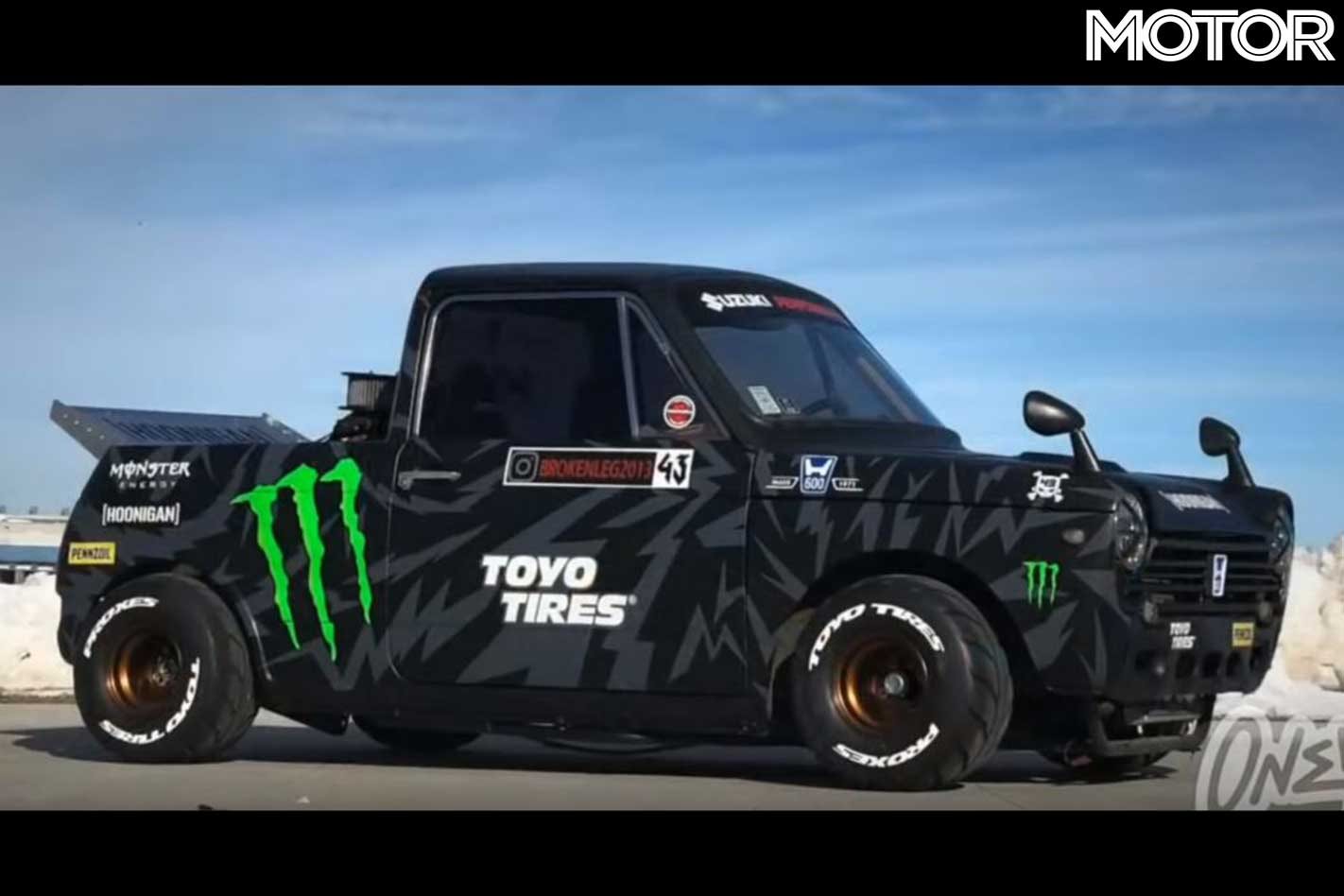 In case you hadn’t noticed, it’s also sporting a familiar look. Ken Block’s Hoonitruck, a Ford F150, served as the inspiration for the N600’s new style.

Previously Alex has it looking like a patina rat rod, but Gymkhana Ten rolled around and Alex was sold.

Oh, and he’s taken it to the strip. Yes, it drags. Alex says he’s run the quarter mile gauntlet in 12.4 seconds at 167km/h. That’s only two tenths slower than the best run we extracted from a HSV GTS-R W1.