Of course, MOTOR’s not much bothered about that, but we are interested in what it means for the Civic Type R, a car which in its current generation skipped our market.

When talking about the tenth-gen Civic Collins confirmed the Type R is part of its Australian timeline. “The all new sedan will arrive mid this year and then Hatch will follow, and then Type R. 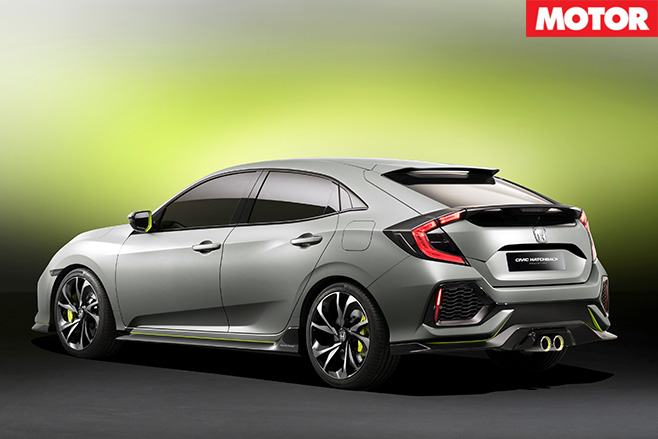 “We aren’t able to confirm exact timing for the Hatch or Type R as yet, but these variants will play an important role in the success of this model.”

Besides an increase in dimensions, not much else is known about Honda’s next hot Civic, such as whether its hot bits will sneak in to coupe and sedan body styles.

Do expect the current model’s turbo 2.0-litre four, with 228kW, to carry over into the hatch variant. It’ll also bring along Nurburgring proven mechanicals, as a mule has been spotted lapping the ‘Ring.

But as for the wait, expect the next Civic Type R to arrive here no earlier than 2017.