Honda has confirmed the new Civic Type R will land locally in 2017 with a sub-$50,000 sticker and manual transmission, but with the Focus RS and not the Golf GTI in its sights.

“It’s got to be in the forties [thousand dollars],” Honda Australia managing director Stephen Collins exclusively revealed to MOTOR following a media event in Sydney this week.

“It will certainly be on-sale next year and it will be competitively priced [and] we really think this will deliver on all the sporty attributes that Type R is famous for … performance wise it will be outstanding,” he added at the event.

Despite the sub-$50K expected ask, however, performance of the new model – which is due for imminent global release – would be comparable to the $50,990 Ford Focus RS, according to Honda Australia customer and communications general manager Scott McGregor. 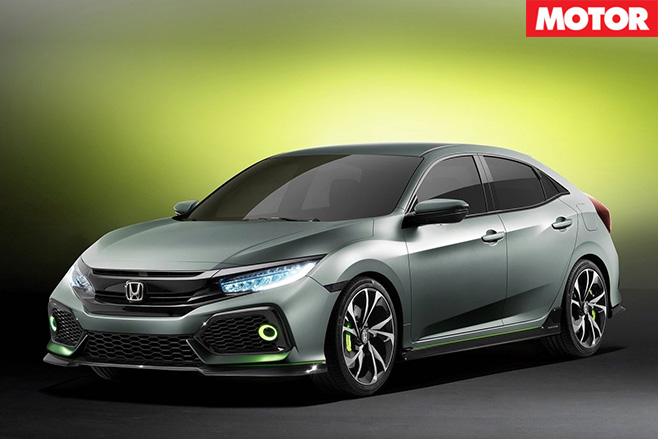 “I think the performance will be superior to [Golf] GTI,” he started.

“I would imagine it’s more playing with Focus RS and that kind of area. With the current car when you look at lap times and such, that’s the area it plays in.”

Honda Australia passed on Europe’s current Civic Type R, citing a short wait to the new model as a reason for the decision. McGregor admitted “the current discussion” was that the next Civic Type R will debut at next month’s Paris motor show, but it was unconfirmed. 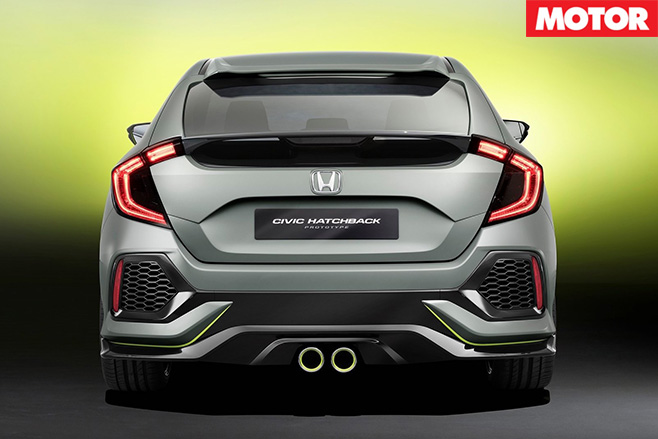 What won’t change is manual availability, which will still be the only transmission offered.

“Our enthusiast base is crying out for a manual performance car so in that particular [hot hatch] segment that’s the configuration that’s going to work best for us,” said McGregor.

“I don’t think it [lack of an automatic] is necessarily going to affect the volumes we’re going to do [and] if we went the other way and only brought an auto in, I don’t think that would be acceptable to the marketplace either.”

Front-drive with LSD is also all but confirmed to remain, although Honda will be looking to improve the 7min 50.63sec Nurburgring lap time of the next Civic Type R, which briefly set a world record for a front-drive car lapping the famous German track. It beat the 7:54.36 time of the former record holder, the Renault Sport Megane Trophy-R, but was then eclipsed by the 7:49.21 time of the Volkswagen Golf GTI Clubsport S. 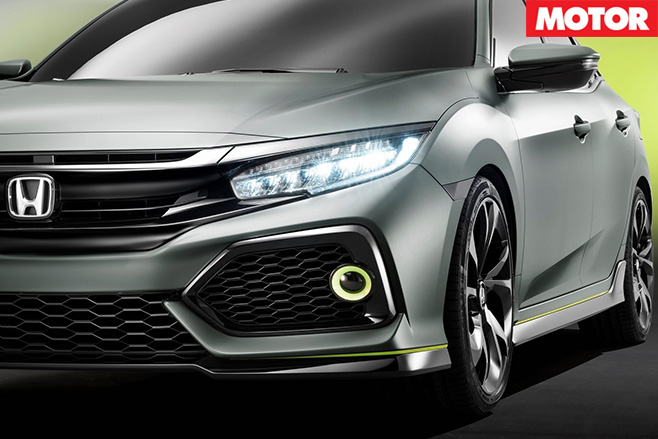 While McGregor said that judging supply versus demand for the new Civic Type R is “impossible to say at this stage” he admits the brand is preparing for high demand when a pre-registration website goes live before the Civic Type R officially launches in the second half of 2017.

“We’ve had customers on social media and through dealerships for the last couple of years … we’ve had enquiries [and] I very much expect when we put the pre-registration site up that’s going to go bananas as well,” he added.

So far the new Honda Civic Type R has only been previewed by the Civic Hatchback Concept (pictured) shown at March’s Geneva motor show.