Volkswagen now holds the title of fastest front-drive production car around the Nurburgring following the release of the Golf GTI Clubsport S. 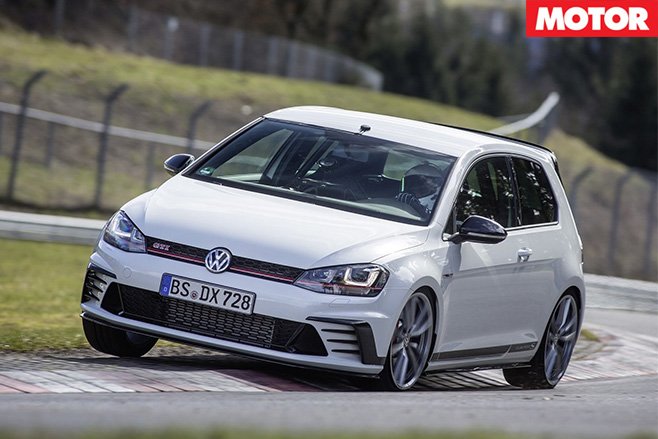 Clubsport S is the most powerful Golf GTI ever with 228kW (eclipsing the 221kW all-wheel drive Golf R and matching its 380Nm) from an uprated 2.0-litre turbo four-cylinder. It slims down to 1285kg thanks primarily to the removal of the back seat and a manual instead of DSG, achieving 0-100km/h in 5.8sec.

The coolest feature of all, however, is a special ‘Nurburgring’ mode hidden within the standard adaptive suspension settings. 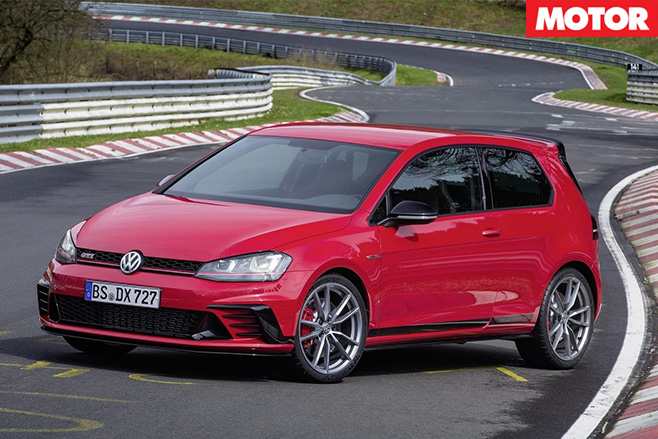 Beyond the usual modes, switching the Individual setting to Sport for sound, engine and steering, and Comfort for suspension, unlocks “an entirely different group of settings hidden behind this option, instead of the normal Race and Comfort settings.”

The Nurburgring function is not merely a hard suspension setting, explains Volkswagen: “If a car is fine-tuned for driving on a normal racetrack, where the suspension is very stiff, this isn't helpful on the Nordschleife. The car needs to be fairly soft vertically, but at the same time stiff when it comes to lateral damping.”

“This is exactly what the Volkswagen engineers managed to take into account when fine tuning the spring/damper package for the DCC (Dynamic Chassis Control) system,” the company adds. 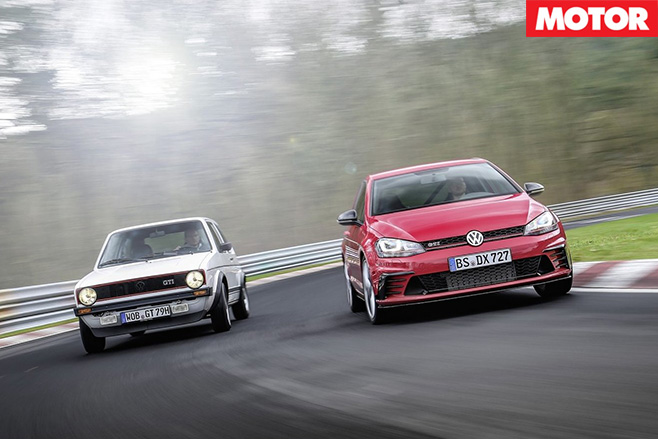 The front-drive chassis also gets increased negative camber and redesigned hub carriers, “To neutralise the understeer and at the same time boost grip levels.”

Timed for release at the annual Volkswagen Festival held at Wörthersee, Austria, only 400 Golf GTI Clubsport S models will produced, with 100 reserved for the German market. Only a variation of the regular model is yet confirmed to arrive locally, in five-door automatic form in Australia named Golf GTI 40 Years.