Most powerful GTI ever planned for May introduction

Volkswagen is continuing to celebrate the 40th anniversary of the Golf GTI with a Clubsport S special edition packing an R-beating 228kW of power.

Even through its dieselgate woes it seems the beleaguered German brand still knows how to party because the most powerful Golf GTI ever built will eclipse the 221kW Golf R and power-match the recently facelifted Audi S3.

Unlike those more expensive hot-hatchbacks, however, the 228kW party underneath the bonnet of the Golf GTI Clubsport S will dance only through the front wheels. 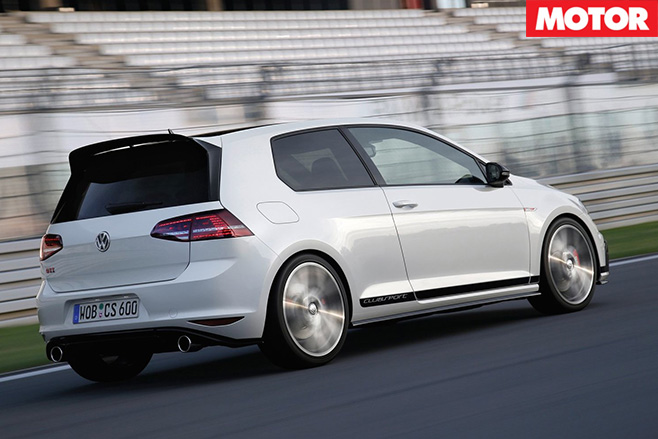 The special edition hot-hatch will be officially revealed on May 4 at the 35th Wörthersee Meet, an annual Volkswagen festival in Germany. The Clubsport S follows the regular Clubsport (pictured) that boasts 213kW/380Nm and will arrive in Australia mid-year as a five-door DSG-only model called the Golf GTI 40 Years, priced from $48,990 plus on-road costs.

It is unclear if the Clubsport S will take a torque hike to 400Nm, which would also match the latest S3 and eclipse the Golf R and regular Clubsport by 20Nm.

“Volkswagen is bringing all seven generations of the Golf GTI and the new Golf GTI Clubsport along to the [Wörthersee] festival,” the brand announced in a statement. 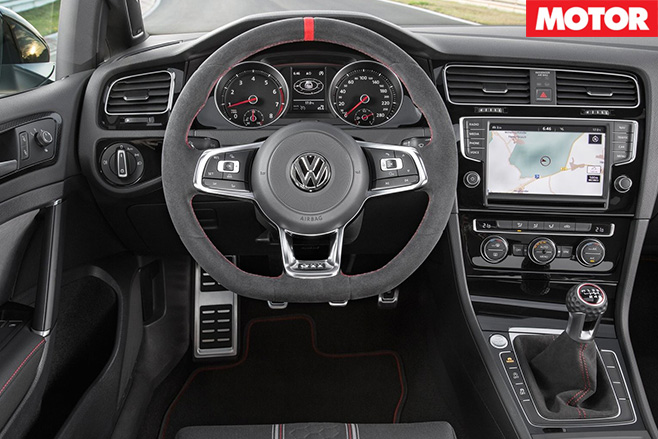 “That is far from all, however: during the course of this legendary GTI meet, Volkswagen will also be unveiling – as a world premiere – an even hotter variant of the ‘Clubsport’. The most powerful full-production Golf to date will launch as a special limited edition this autumn.

“Engineers and racing drivers have created with this GTI one of the fastest front-wheel drive cars of our time.

“Two facts for now: 228 kW and a driving profile set up for the Nürburgring.”