The Korean carmaker’s eco model will be coming here in hybrid, plug-in hybrid and all-electric variants

Hyundai’s eco-star Ioniq is the world’s only car with hybrid, plug-in hybrid and pure electric variants and all three are heading our way early next year.

Unlike the grotesquely over-styled fourth-generation Toyota Prius, Hyundai’s five-door front-drive hatchback is attractive. The Ioniq is obviously aerodynamic, but its clean, sleek shape is more pleasing to the eye.

Hyundai’s drivetrain engineers also aimed to create a hybrid system with more driver appeal than Prius. Both plain and plug-in versions have a six-speed double-clutch transmission to avoid what the Korean carmaker calls the “rubbery feel” that’s inevitable with a CVT like that in the Prius and other petrol-electric Toyotas.

Hyundai’s hybrid layout is more like that chosen by Porsche, BMW and Mercedes-Benz for their petrol-electric models.

A hybrid-specific version of Hyundai’s 1.6-litre Kappa is used in both Ioniq hybrids, but the plug-in version has a more powerful electric motor, and a larger lithium-ion polymer battery for an electric-only driving range of around 50km. 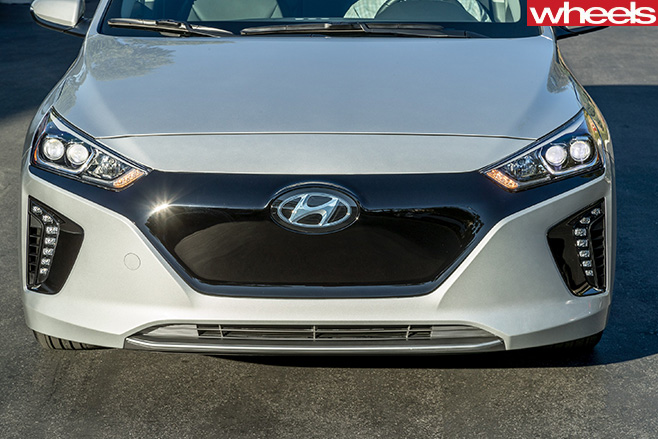 The Ioniq electric has an 88kW electric motor driving through a single-speed reduction gear.

It uses the same battery cell technology as the plug-in, but its 28kWh pack stores more than three times as much energy.

Hyundai’s engineers claim the car is the most energy efficient electric on the market.

Maximum range is around 280km. One very neat feature of the Ioniq electric is that it has steering column shift paddles that allow the driver to toggle through four levels of regenerative braking effect while on the move.

In the USA the Hyundai Ioniq electric is priced below the Leaf, Nissan’s strong-selling electric car. There’s no reason to think Hyundai can’t do the same in Australia. Priced around $35,000, the Ioniq electric would be the most affordable battery-powered model ever offered here. 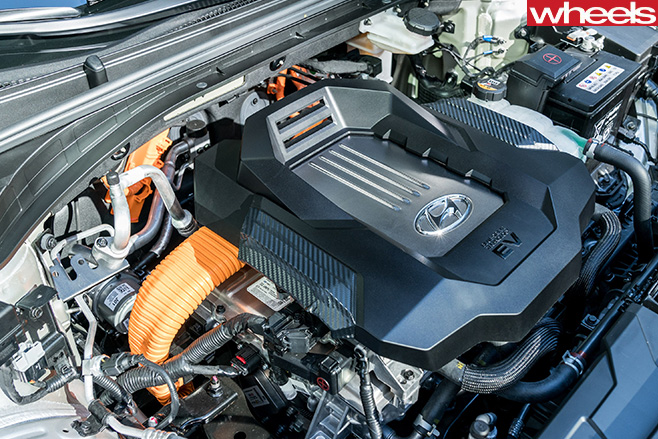 “We think there are buyers for all three products,” says Scott Grant. Hyundai Australia’s chief operating officer believes hybrid tech is now mainstream, plug-in hybrid is for those who want to take a tentative step towards full electric, while the Ioniq electric is for early adopters.

“There’s three different segments, the way we see it.”

Grant believes Ioniq is an image-builder for Hyundai.

“The product, in all three executions, says something about our company globally, our technology, and our capability to be a part of the future of our industry. There’s a global necessity to play. And, in Australia, it’s good to be able to bring those technologies to people in different forms.”

Launching all three at once would make a major statement, Grant believes. While right-hand drive versions of the hybrid, plug-in hybrid and electric will finally become available very late in 2017, a launch just weeks ahead of Christmas doesn’t make commercial sense, he adds. 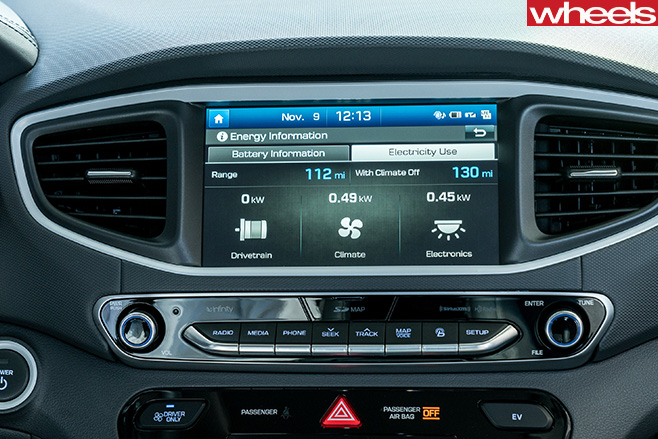 The experienced executive is clearly frustrated by the absence of support for car makers bringing new energy-efficient and alternative-energy models to Australia.

“We need more government support and more government vision and leadership around the adoption of these kinds of technologies, because they are still emerging and relatively expensive, and you need infrastructure,” Grant says.

Tax breaks are just one of the measures Grant believes governments could use to encourage car buyers to make the switch.

What’s needed, he argues, are measures that will be persuasive from the point of view of car buyers. “Some incentive directly for the consumer to adopt these new and emerging technologies that are good for the country, good for the environment,” is the way Grant puts it.

“We can battle on our own, or the government can sort of show some leadership on it,” he continues. But Grant is doubts this will happen any time soon. “I haven’t seen any signs that it’s emerging.”

Grant’s criticism of the government echoes that of BMW Australia’s CEO Marc Werner who earlier this month called on Prime Minister Malcolm Turnbull “to finally action robust policy to support the introduction of low emission vehicles to the Australian market.