Hyundai and Kia to launch small SUV assault in 2017

Korean automakers Hyundai and Kia will throw their hats into the increasingly competitive – and highly lucrative – small SUV segment next year, with both due to launch their own baby crossovers before the end of 2017.

If you don’t count Kia’s genre-straddling Kia Soul hatchback, it will be the Korean company’s first tilt at the segment. The fourth generation Kia Rio hatch is expected to make its debut some time next year, and the rumour mill says a pint-sized SUV will spin off the Rio’s platform to take the brand into new territory.

Kia’s head of Western European operations John Kim was quoted by UK mag Auto Express over the weekend saying a Rio-based small SUV will launch into showrooms sometime next year as a companion to the Sportage compact SUV and Sorento medium SUV. 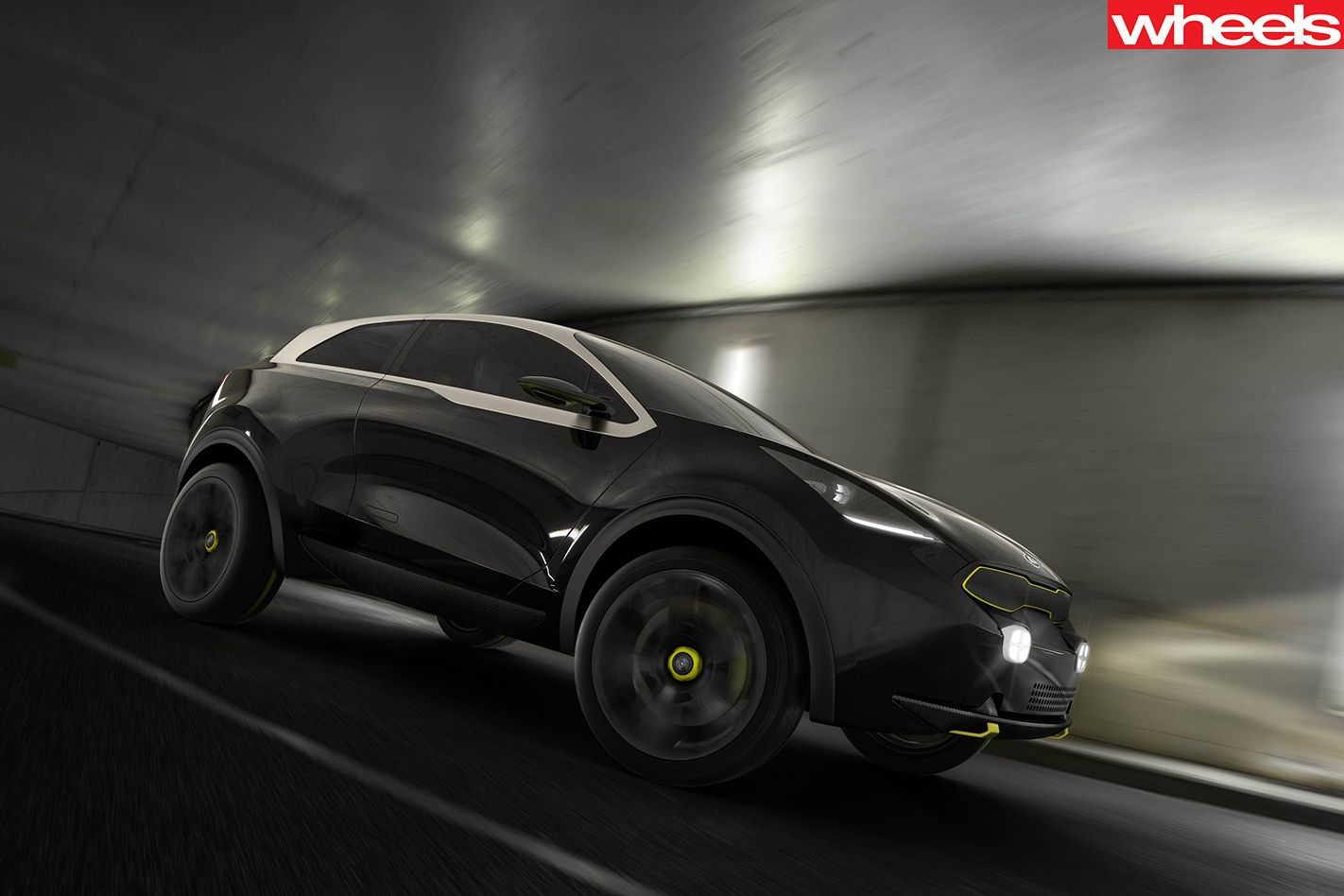 Expected to be offered purely in front-wheel drive configuration, Kia’s small SUV could borrow some of its design cues from the sleek 2013 Niro Concept (pictured). It’s also expected to be significantly smaller than the ungainly-looking Kia Niro that launched in the USA, Europe and Korea earlier this year.

According to Auto Express, a plug-in hybrid powertrain may also make the cut.

While there’s no official confirmation of Kia’s plans for an entry-level crossover, there’s substantial enthusiasm for such a model to join the local range 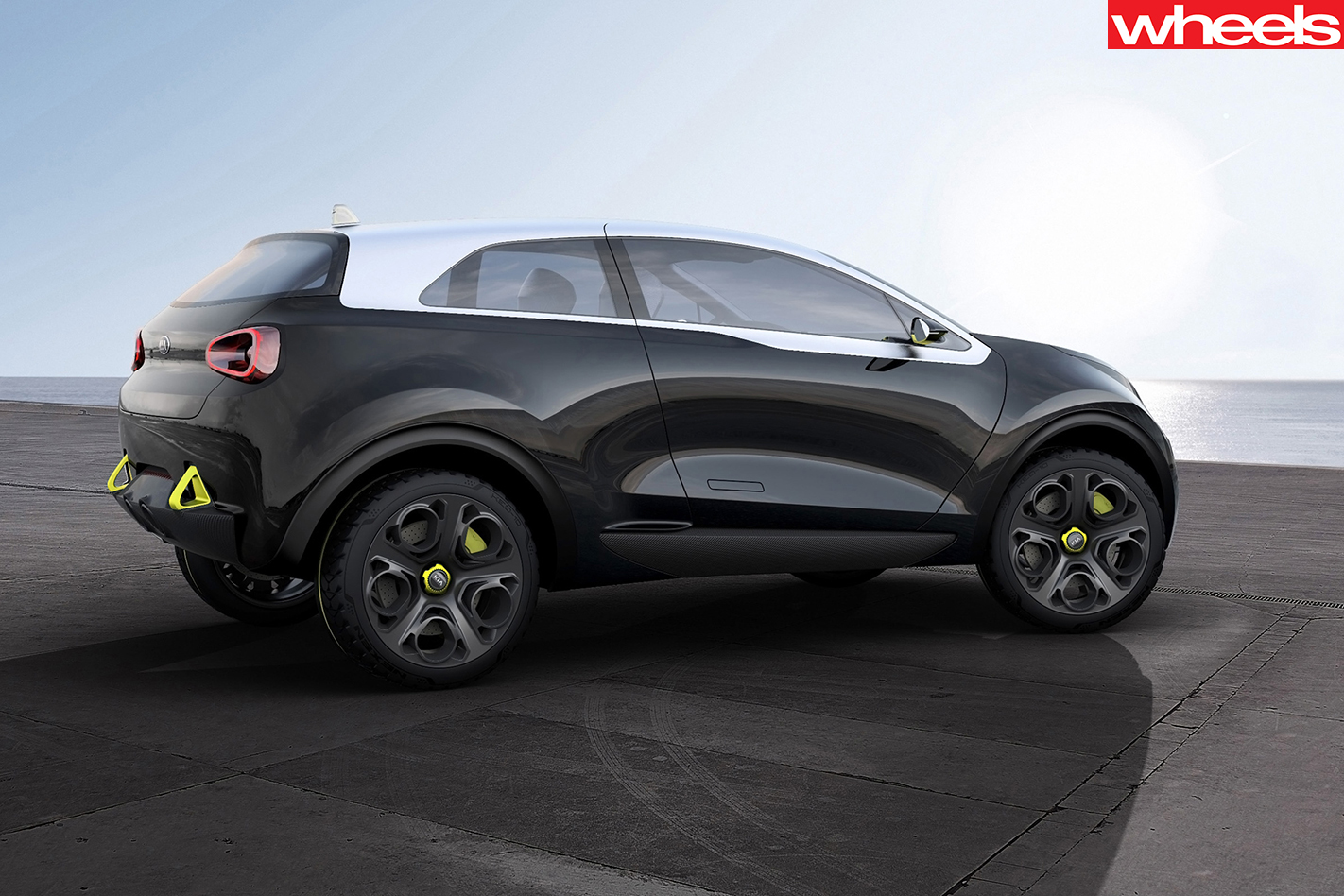 “If such a car were to eventuate, we’d certainly have our hand up for it,” said Kia Australia’s head of PR Kevin Hepworth.

However, a plug-in variant would be less welcome:

“It’s got to have a business case,” said Hepworth, “and the trouble with hybrid is cost.”

“Because you’ve got to have both an internal combustion engine and a battery pack it becomes very expensive.”

Compatriot Hyundai is no stranger to small SUVs, having achieved consistently high sales with the ix35; it only abandoned that segment in the middle of 2015 when it replaced the ix35 with the slightly larger Tucson.

Hyundai hasn’t officially announced its intent to re-enter that space either, however Wheels understands an all-new Hyundai small SUV will go on sale in Australia in 2017, most likely in the latter half of the year. 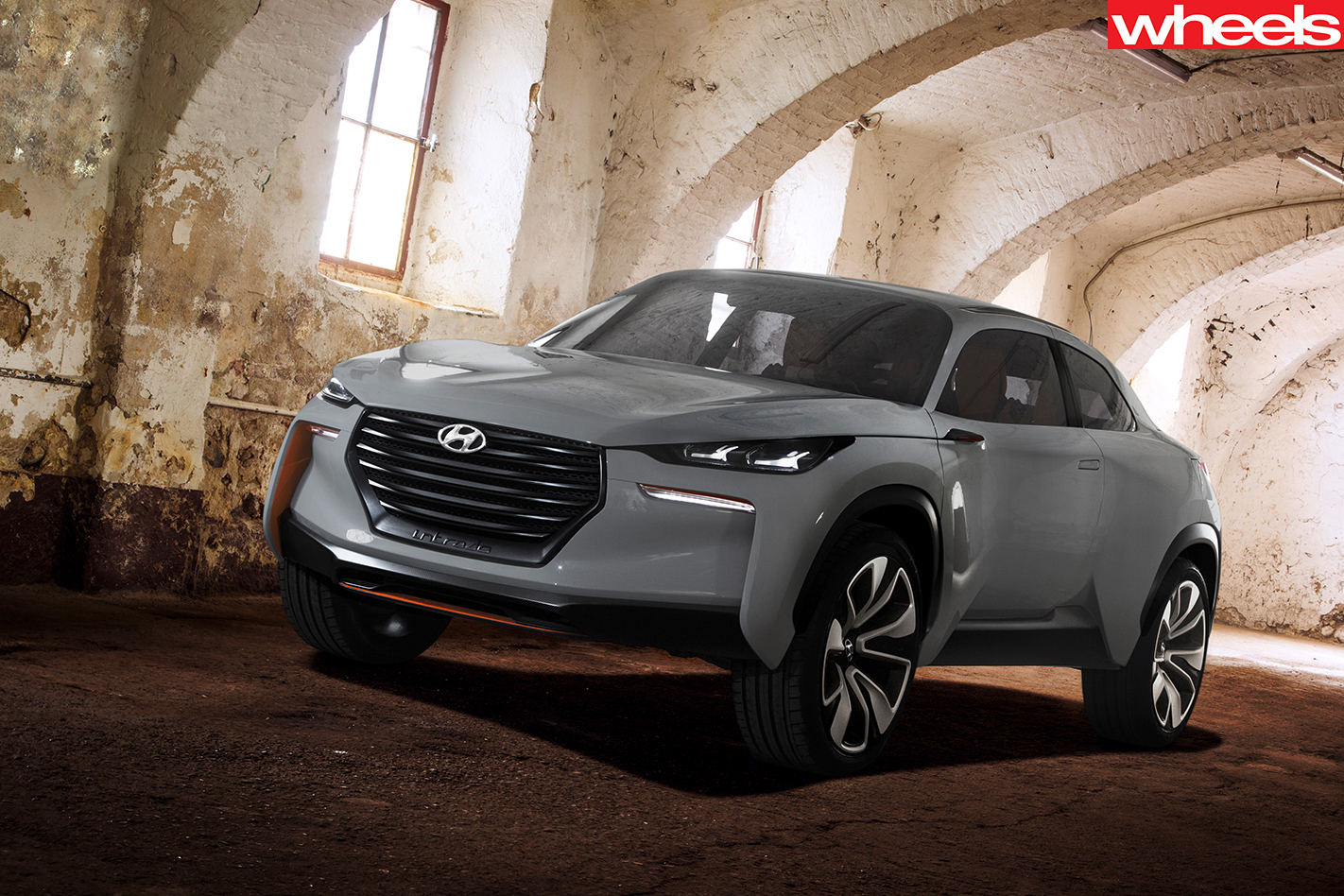 Expected to make its first public appearance at next year’s Geneva auto show in March, Hyundai’s as-yet-unnamed baby SUV will share its underpinnings with the i20 city hatch, as well as some of its downsized turbo petrol engines.

It won’t, however, be a rehash of the ix25 or Creta softroaders that are currently sold in China and India – those cars will stay in those markets. The car destined for Australia will, as we understand it, have a distinctly European flavour. 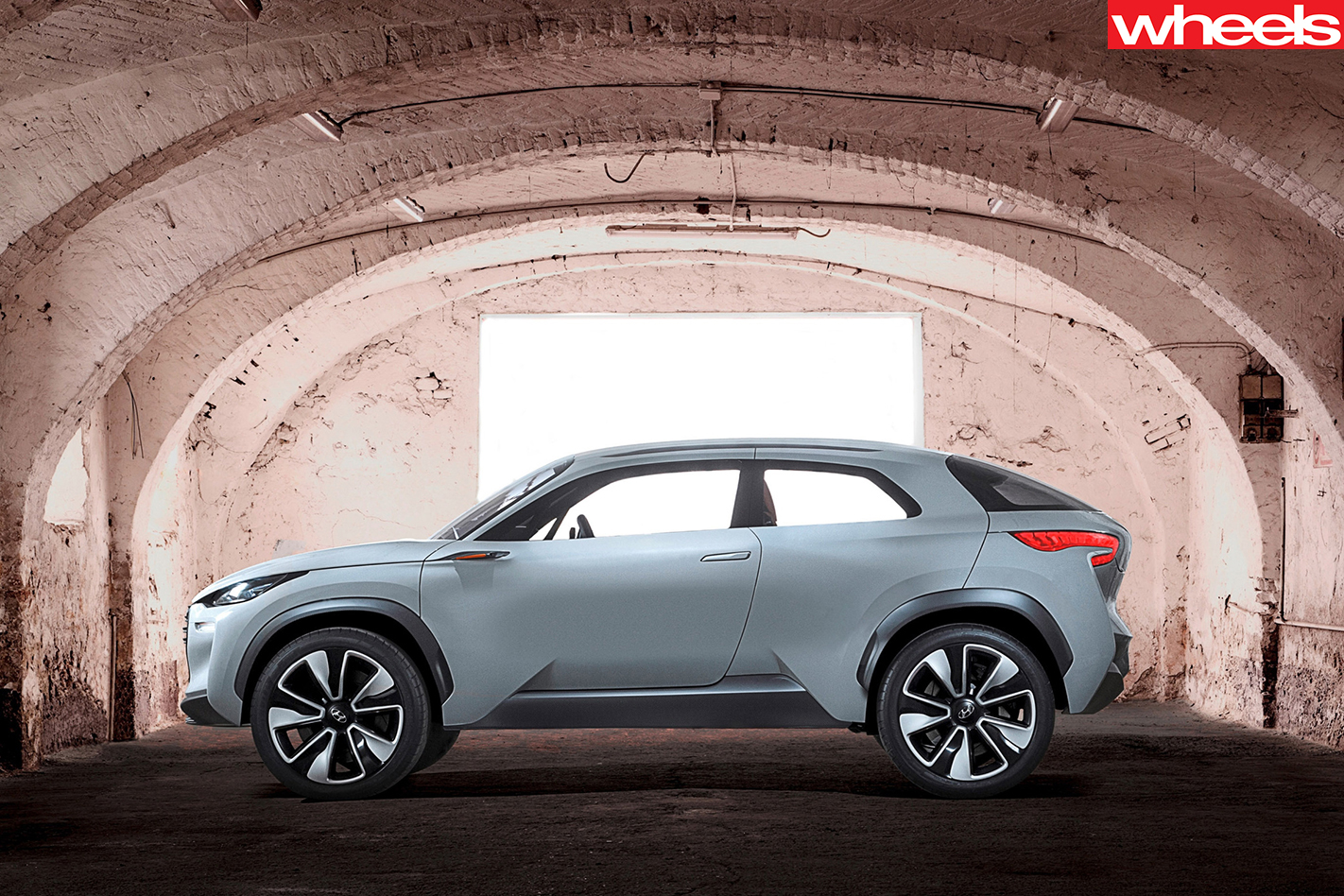 Styling for Hyundai’s entry-level softroader is expected to draw on the edgy Intrado concept (pictured) revealed in early 2014, albeit without some of its wilder design cues and with more pragmatic proportions.

Both cars will be pitted against strong rivals like the Honda HR-V, Mazda CX-3 and Mitsubishi ASX, and allow both Kia and Hyundai to tap into ever-growing demand for small SUVs as buyers continue to jump out of small hatchbacks and sedans and gravitate towards higher-riding crossovers. 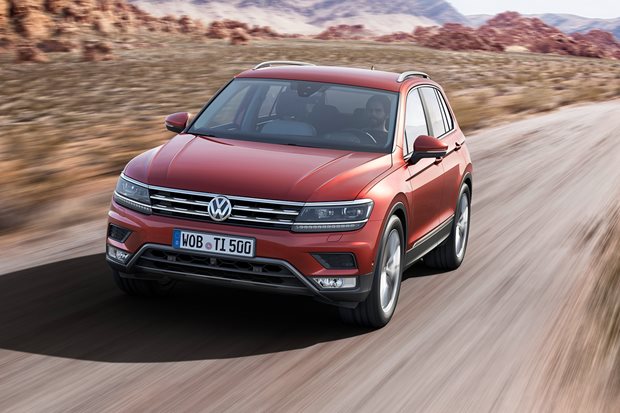 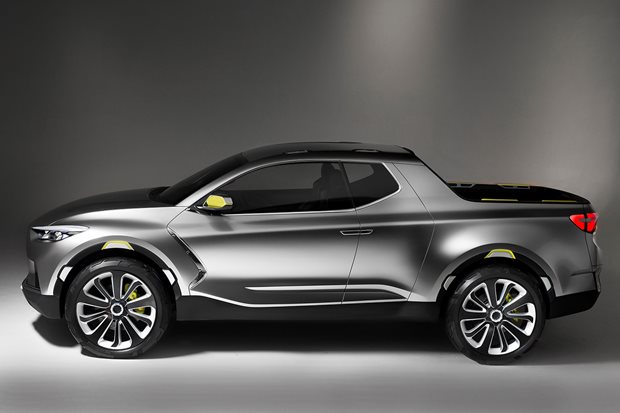 Hyundai Australia says Santa Cruz concept is not the ute we need, and despite the obstacles standing in the way of making it a reality, wants a bona fide contender 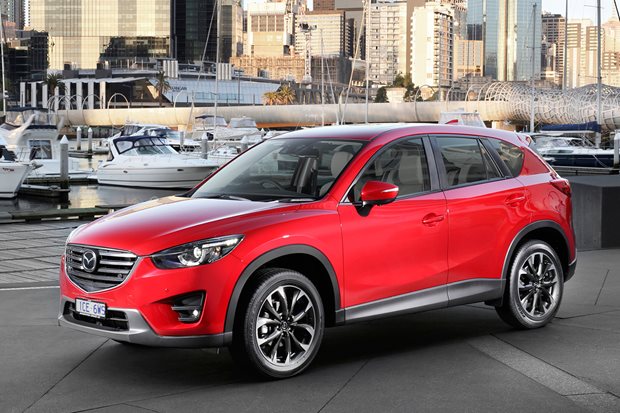