It’s a terrifying and depressing idea, but it’s quite possible that the rest of the world now looks at Australia the way the rest of Australia looks at Queensland.

When given the chance to vote in favour of a party that might possibly do something about global warming, we prefer to elect a hard-hearted harridan who’s had her brain fried in chip oil and believes “racism” is a religion followed by Olympic sprinters.

Visit any other developed country on Earth at the moment and you’ll notice that large changes are under way in how humans transport themselves by road. In California, Teslas are almost as common as hugely fat people, and you can see both in the same place at your local Carl’s Jnr “restaurant”, where electric-vehicle changing stations are common in the car park. And it’s not just sexy, expensive Teslas attached to them, either, it’s Ford Focus EVs; and Hyundais; and Mini Es and PHEVs (Plug-In Hybrid Electric Vehicles) of all kinds.

In Japan, hybrids sell like cigarettes; in Italy, every taxi you catch is a hybrid, and the only cars that Lexus even bothers to sell in that country are its hybrids. Petrol and even dirty old diesel are starting to look like the way of the past. 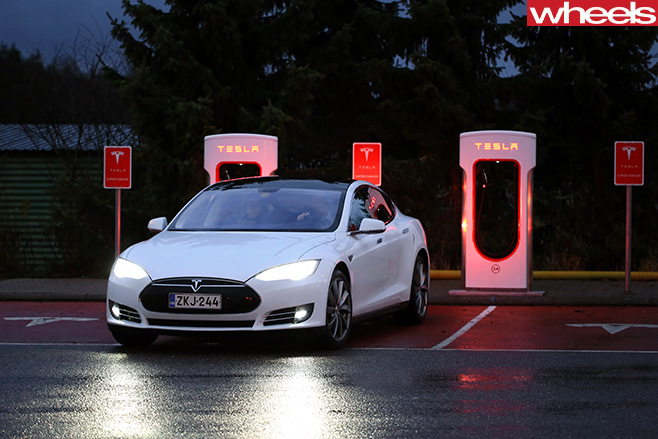 The total number of PHEVs sold worldwide passed 1.5 million in May. In global terms, that’s not a lot, but what’s remarkable about the figures is it took 12 years for the number to reach 1.28 million. The tally reached 1m in September 2015 and has accelerated rapidly from there. China, the US and Europe are leading the way, of course, while in Australia a Hyundai executive admitted to us not long ago that he couldn’t see the point in importing EVs or hybrids, because the locals simply aren’t interested.

The good news, for people who like their sky the current blue colour – rather than the dirty-nappy grey you can already find in China – is that while petrol will still be the number-one motive force in 2030, hybrids will be finding a foothold, increasing their market share from a currently parlous 3.8 per cent to 24.2 per cent, and overtaking diesel in the process.

Associate professor Robert Perrons, the study’s lead researcher, says battery-powered technology will also see significant growth: “Coming in third place will be battery power, which increases from 0.3 per cent of the market in 2016 to 15.9 per cent in 2030”.

That will still put us where we seem to feel safe and happy, well behind the rest of the world. VW recently announced it would introduce 30 new EVs and PHEVs by 2025, because it believes battery-powered cars will make up one quarter of all passenger cars sold globally by then. Yes, one quarter. 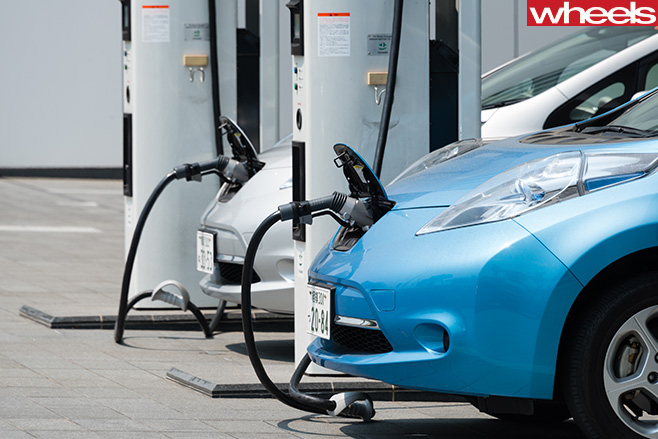 Sure, Tesla - the global champion of making EVs cool and desirable - does sell cars in Australia, and a few people have bought Nissan Leafs, but the big problem here is a kind of chicken-and-egg dilemma.

The people who can make the difference, of course, are our state and federal governments, who could change the playing field overnight by following world’s best practice and offering decent tax incentives/cash-back programs for buying electric vehicles. As opposed to the zero encouragement they currently provide.

They could also legislate planning rules that make charging points a compulsory feature of all new residential dwellings, and apartment building car parks in particular, as some European countries have been doing for years.

Of course, it’s not just the governments’ fault that we’re trailing the world, except when it comes to our emissions per capita (we really kick butt in that category, coming in at either No.1 or No.11 – depending who you believe – but always in front of the US).

Truly, as the latest election showed, we get the government we deserve. But we don’t just vote with our pencils every few years. When it comes to the kinds of cars we buy, and the kind of transport future we want, we very much vote with our wallets.

Now that hybrids are no longer entirely boring and ugly - hello original Toyota Prius - and Tesla has made EVs exciting to drive and attractive to look at, we’re really running out of excuses.