FLIP a coin. If it comes up heads, there's a good chance you’re dead. That’s the simple reasoning behind Australia’s first-ever compulsory recall, which will force car makers to hunt down deadly Takata airbags fitted to 2.7 million cars, and replace them all by 2020.

Federal assistant minister to the Treasurer, Michael Sukkar, today said the compulsory recall would chase down around a million faulty airbags that are yet to be replaced. Of note, too, is that there are more recalls to come as Takata airbags reach the age where they too start showing symptoms that they are at risk of failing.

“The compulsory recall will force manufacturers, importers, dealers and other suppliers to ensure that all dangerous Takata airbags are located and replaced as soon as possible,” Sukkar said. “Importantly for consumers, vehicle manufacturers will be required to cover the full cost of replacing these airbags.”

“Unfortunately there’s been one death, and one case of serious injury in Australia as a result of the deployment of these airbags, and the government just doesn’t want to see any more.” 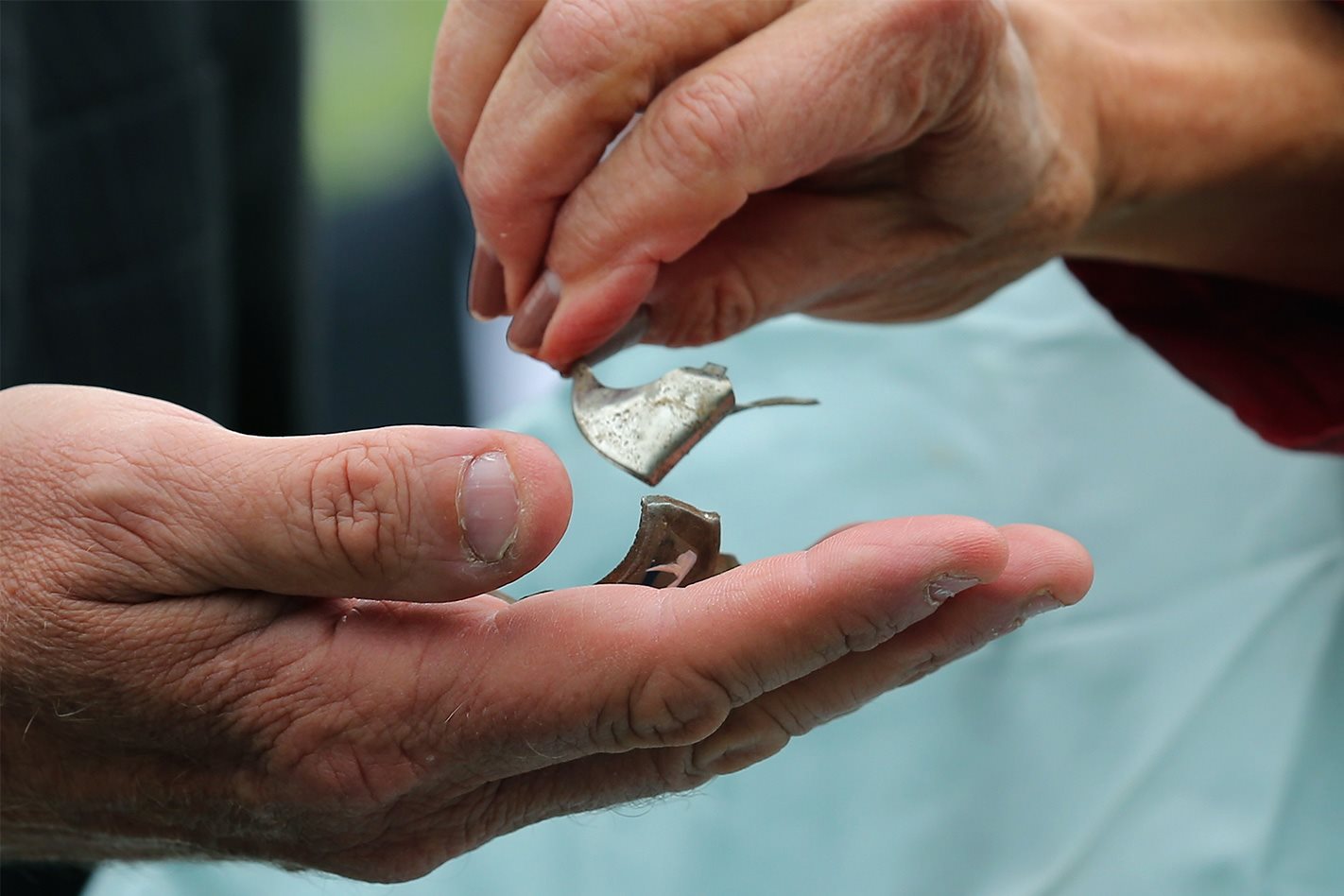 The Australian Government’s action follows similar moves to speed up the airbag replacement process in US and several other European countries.

Australian Competition and Consumer Commission chairman Rod Sims said the compulsory recall campaign would initially focus on the more dangerous Alpha airbags, which are linked to Australia’s only known Takata-related fatality. He said about 27,000 of these Alpha airbags were still to be replaced, and warned owners not to drive the cars that contained them.

The compulsory recall notice requires all manufacturers to replace faulty airbags with new ones within the next 20 months – by December 31, 2020. The government is leaving it up to the manufacturers to schedule when they replace the defective units.

Sukkar said the Alpha airbags presented a “serious and immediate risk” to owners. Airbags more than six years old will also be a priority, as will vehicles in areas of high heat and humidity that accelerate the degradation of the chemicals used to inflate the airbag, the key cause of the problems, and those that are located in front of the driver.

Sims said the advice the ACCC gave to the government suggesting the compulsory recall came from an investigation in August last year looking at how the  voluntary program was progressing.

“We looked at basically all the expert reports that had been compiled around the world, we hired the world’s foremost airbag safety expert to work with us on this … so we’ve got right on top of all the technical details,” he said.

Sims said part of the decision to issue the compulsory recall was based on an investigation into what the manufacturers were doing about the recall. 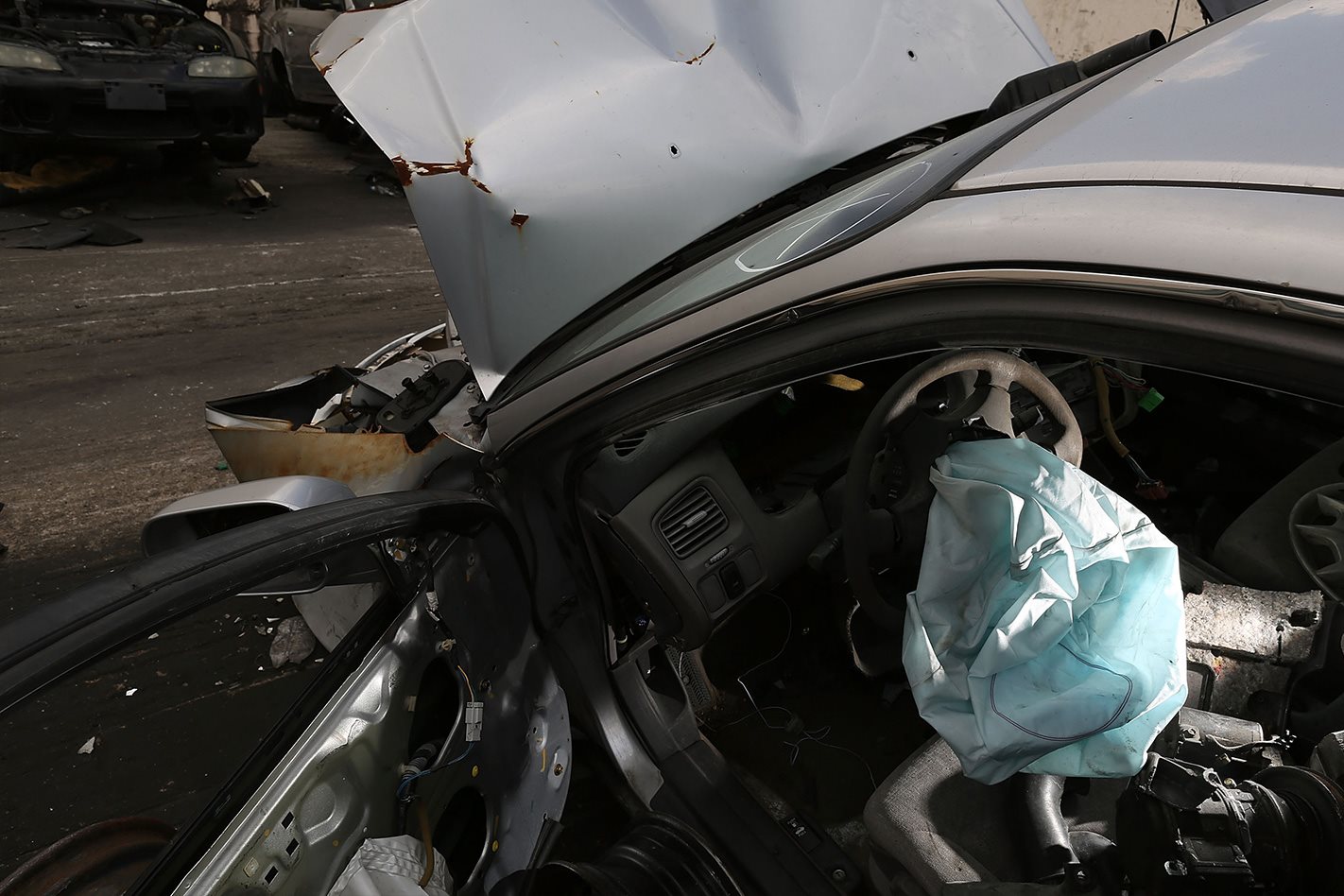 “We also talked with manufacturers to understand the effects of the recalls, and that what we’re putting in place is both workable and is immediate as it possibly can be,” Sims said.

“We also consulted with some manufacturers of other airbags so we could get some sense of when other airbags would be available, so the replacement could work in a very practical way.”

The expansion in the number of cars affected by the recall comes as the ACCC adds 860,000 from manufacturers who were not scooped up in the recall process, and 450,000 airbags that will need to be recalled in the future because they have been replaced with an identical, but newer, Takata airbag as part of the recall process that will eventually suffer the same fate.

The compulsory recall notice gives all the affected manufacturers to the end of June to provide a schedule of airbag replacements, shown on their websites. Owners will be able to enter their vehicle's VIN and check to see if it has one of the faulty airbags, and see when they can expect to have them replaced.

The most urgent category is for the more dangerous Alpha airbags, which Sims said were "made badly". "They were the original airbags that people were aware of in 2009," he said. "It's critical they get replaced. Most have been; we're not sure how many are left in cars actually being driven around."

"They're cars that were made in about 2001 to 2004. They're a minority, but it's critical the airbags are taken out, and if anybody has got an Alpha airbag, they stop driving the car immediately, because there's a one in two chance of this deployment with those badly made airbags."

The second category relates to what Sims described as airbags that were "not badly made, they just have a design fault", and account for most of the recalls. "That design fault will materialise over time," he said. "The soonest it will materialise, we're advised by all the experts, is six years, but it can be anywhere between six and 25 years depending on the geographic location of the vehicle."

One of the problems the manufacturers will face is working out how many of the affected cars  – some up to 15 years old –  are still on our roads, and what ones are either sitting in scrapyards or have already been recycled.

To see the full list of vehicles affected by the ongoing Takata recall, please visit the ACCC’s dedicated page here. 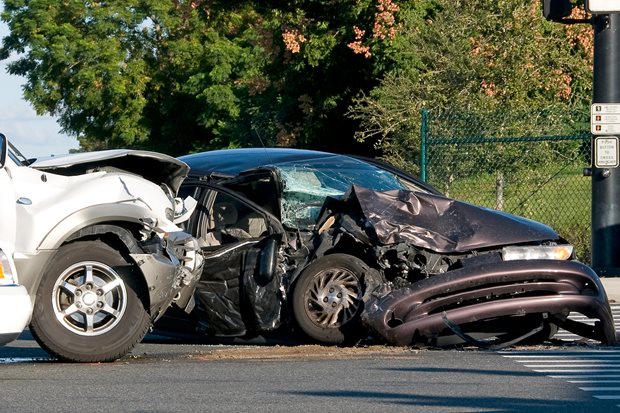 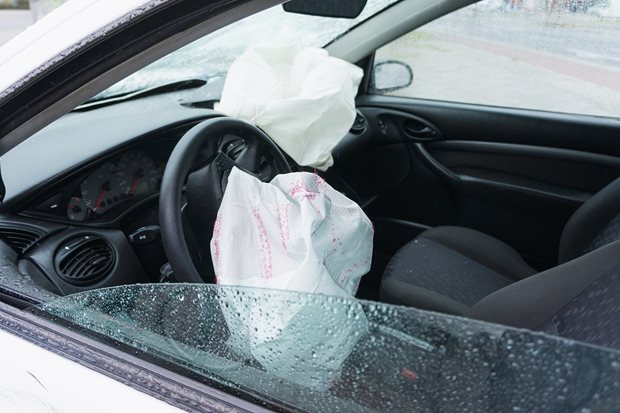 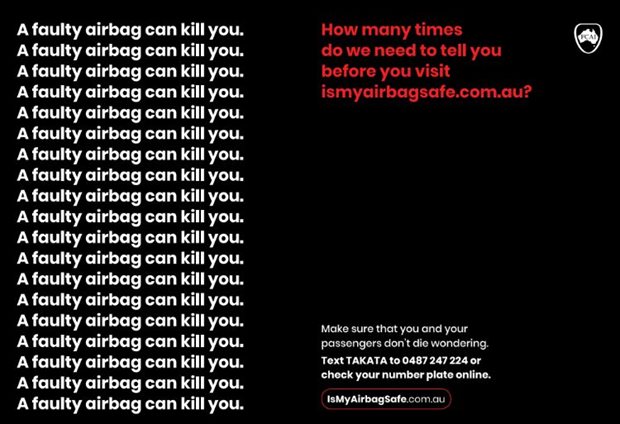 Despite good progress, more de-registrations are being mooted to capture outstanding Takata airbag cars under recall next year