HYUNDAI has rushed to squash another round of rumours that it is in the running to take over the troubled Fiat Chrysler Automobiles group.

Reports flooded the internet late last week suggesting talks of a takeover - first believed to have taken place in 2017 - had reignited, although Hyundai was quick to talk down speculation that it was making a bid for the London-based Italian and US car-making giant.

Instead, the Korean car-making giant is believed to be sitting tight, waiting for FCA’s share price to fall before launching an aggressive takeover bid sometime before FCA’s next shareholders’ meeting, scheduled for May next year.

The renewed push for Hyundai’s takeover ambitions is believed to have links to Elliott Management, an activist shareholder group that took a large stake in the Korean car maker earlier this year. Elliott’s $US1 billion investment allowed principal Paul Singer to call on the Hyundai board to improve returns, restructure and bounce back from a dismal earnings record. He also made the call for fresh blood to be introduced to Hyundai’s boardroom.

Fiat Chrysler Automobiles is currently struggling with how it will deal with a proposed tariff increase for vehicles made outside the US, which account for about half the brand’s sales in North America. US President Donald Trump has threatened to hit car makers with a 25 percent import tariff in a bid to protect US jobs – a move that has many car makers worried that it will only add to the cost of the products they make, cut jobs, and reduce sales.

Hyundai’s plan to wait out any takeover bid appears to follow in the footsteps of the strategy that the Nissan Renault Alliance used in its takeover of Japanese car-making rival Mitsubishi. Alliance chief executive Carlos Ghosn swooped on Mitsubishi after the brand’s shares plummeted in the wake of a Japanese-market fuel efficiency scandal, taking a controlling stake at a fraction of the cost it would have weeks earlier. The company that exposed the scandal? Nissan.

Read next: Hyundai maps out the future of N

FCA chief executive Sergio Marchionne is looking to sell off the group ahead of his departure, which is slated for some time in 2019. He is rumoured to have held top-level talks with US car-making giant General Motors and Chinese group Geely, which already owns brands including Volvo and Lotus. In both these instances, talks have stalled at an early stage.

Early last month, FCA laid out its five-year plan for the future of the company which includes, among other things, ambitions to enter the one-tonne ute market with a competitor to the Ford Ranger and Toyota Hilux – two of the best-selling vehicles in Australia.

The car maker will focus its efforts on four brands: Alfa Romeo, Jeep, Maserati and Ram. It will also phase out diesel engines in Europe by 2021, while the smaller 500 range will lead the car maker’s push for electrification.

It will also work with Waymo, Google’s autonomous car division, to roll out highly autonomous vehicles by 2021. 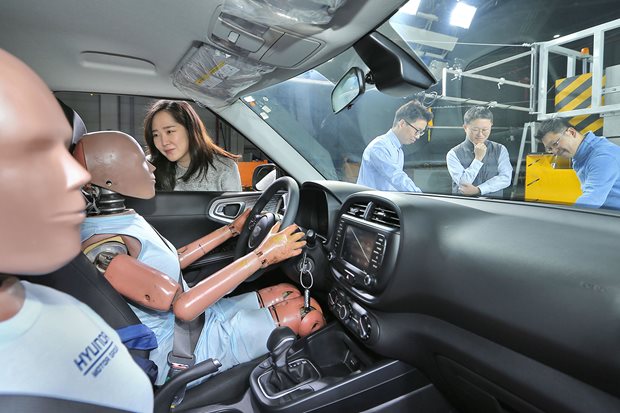