FCA’s new five-year plan is due to be announced this week. We hold them to account on their last one

As ever, the bottom line speaks volumes. Back in 2014 Fiat Chrysler Automobiles made a profit of €420m. Its forecast profit for 2018 is more than twenty times that figure at €8.7bn, up from €7.1bn in 2017. Compare that to Ford, which expects its 2018 profits to be flat or somewhere just south of its 2017 figure of €7.6bn. Look behind those headline numbers however, and it’s clear that CEO Sergio Marchionne’s final five-year plan, due to be announced this weekend, will have some work to do.

The reason that profit has increased so markedly is that FCA made huge investments in infrastructure that were designed to catapult it forward. However sales have not grown in line with the forecast. In fact, they’ve slightly declined over this period. That’s not a problem exclusive to FCA, but the company has worked assiduously to reduce its industrial debt. Watch Marchionne carefully when he walks to the rostrum on June 1st. If, as he hopes, he’s left the company debt-free for his successor to inherit next year, the typically casually-dressed Marchionne has promised to ditch his trademark black jumper and wear a tie. 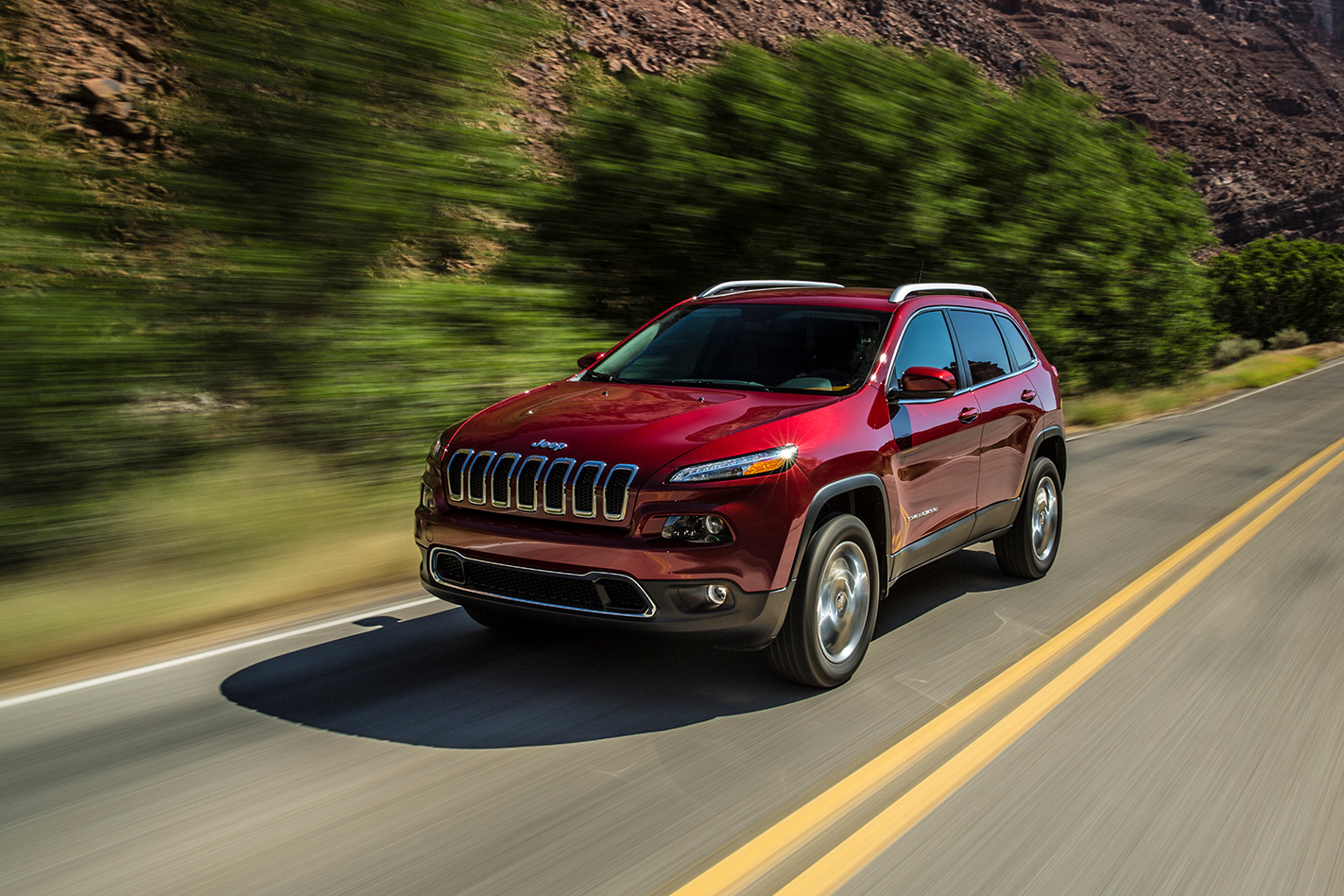 The Italian-Canadian has made it clear in his 2015 “Confessions of a Capital Junkie’ manifesto that the massive costs of future vehicle development requires an increasing focus on partnerships and mergers. In other words, the car industry has no option but to consolidate, and it’s no great secret that he has attempted to woo General Motors. A debt-free FCA could well be an asset that’s too tempting to resist for the automotive giants.

Anyway, let’s break out the scorecards and see how each of FCA’s constituent brands scored against the 2014 plan. 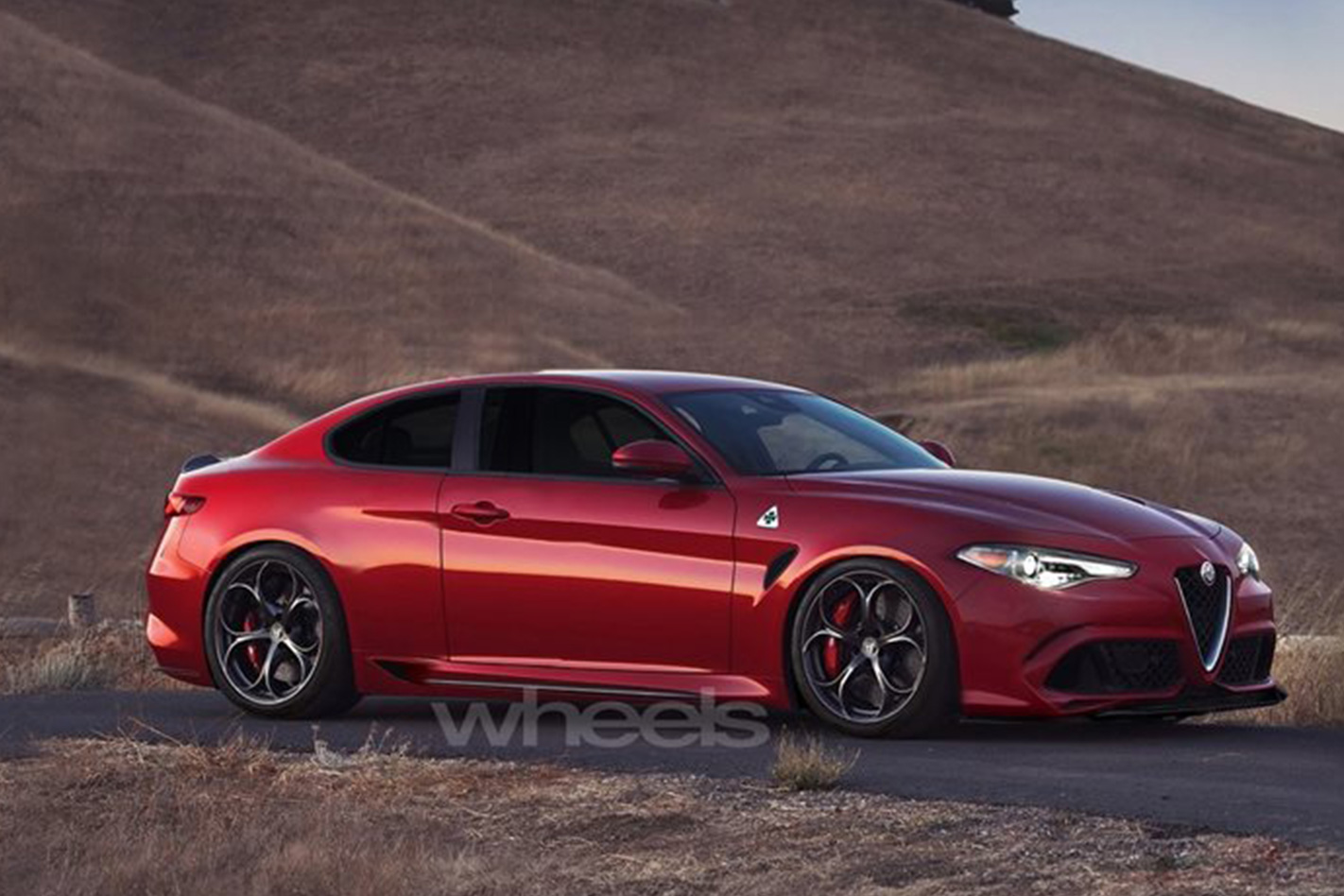 Judged purely on reputational repair, Alfa Romeo is a huge winner. Its Giorgio-platform Giulia sedan and Stelvio SUV have been critically lauded and have set the marque straight after years in a front-drive netherworld that diminished rather than built the brand. That does nothing to hide the fact that sales have been disappointing. Alfa is expected to expand its portfolio with a seven-seat SUV, a show-stopping coupe version of the Giulia and investment into mild hybrid tech that will roll out across its range. The 2014 plan called for global sales of 400,000 units by 2018. Alfa Romeo built 150,722 cars last year, with Marchionne stating in October that the brand's U.S. sales were slower than expected and Alfa was "behind the curve" in China. Still, better days look set to come.

The portfolio’s biggest seller targeted sales growth from 1.5m units in 2013 to 1.9m in 2018 but stalled at 1.5m in both 2016 and 2017. The brand has largely missed the boat on small SUVs and Italy’s one-time industrial giant is now outsold by Maserati in the Asia-Pacific region. There are glimpses of hope though. Sales of small cars, represented by the popular Fiat 500, Panda, Uno and Mobi totalled 528,000 units in 2017, a climb of nearly 7 percent. Fiat accounted for 33 percent of FCA’s sales in 2017, but needs to try harder in export markets. When, as a group, you manage to shift more cars in Canada than China, it’s clear that the global marketing strategy is off-beam. 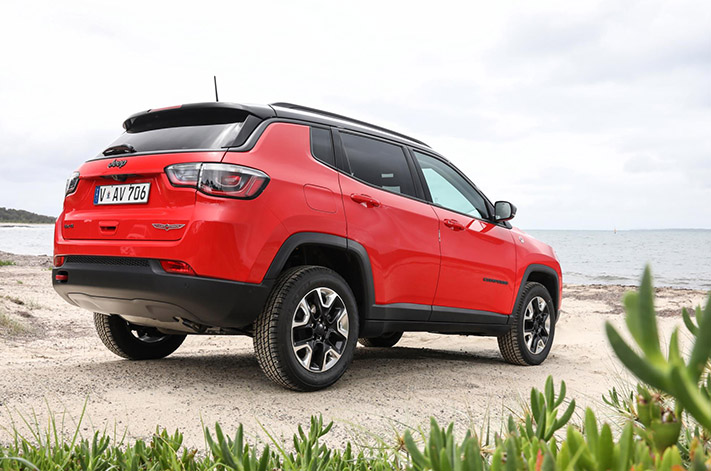 With five of FCA’s six best-selling models, Jeep is one of the few marques not starved of new product supply. Dodge’s Ram Pickup may reign supreme, but it’s followed by Jeep’s Grand Cherokee, Cherokee, Renegade, Compass and Wrangler, with the Compass picking up a huge 123 percent sales boost in 2017. Back in 2014, Jeep was plotting a 20 per cent boost in sales between 2013 and 2018, lifting production from 789,000 units to 1.9m cars by 2018. Okay, so it didn’t quite make that number, but 1.4m units shifted in 2017 wasn’t a bad performance in a softening market. A focus on reducing fleet sales took the edge off Jeep’s ultimate volumes, but the range is set to be augmented by three-row Grand Wagoneer originally due in 2018, but now slated for 2020. Also due is the long-awaited Wrangler ute due in late 2019 with plug-in hybrid models coming on stream from 2020.

Ugh. With sales of 207,000 in 2017, Chrysler is a shadow of its former self and is shifting a quarter of Marchionne’s 2014 forecast. Chrysler’s range shrank to just two models (Pacifica minivan and 300) following the end of Chrysler 200 sales in the US. Here in Australia, the aged 300 still flies the flag for V8 muscle sedans but it’s a minority player, the brand as a whole shifting just 258 cars in Australia in 2017, or just over a third of what Maserati sold in the same period. Globally, Chrysler recorded its worst year since 2009 when the Chrysler Group was bankrupted. Somewhat inexplicably for a US manufacturer, Chrysler has no SUVs on its books, although a three-row crossover is expected in 2020.

Propped up by sales of the Ram pickup, Dodge is otherwise in a mess, sales dropping by 11 percent from 2016 to 2017. There is hope though, with the Maserati Ghibli’s platform available from which to spawn a new generation of Charger and Challengers. The Journey crossover is also expected to morph onto Alfa’s Giorgio platform, while talk of a new generation Viper has helped reinvigorate interest in the marque. 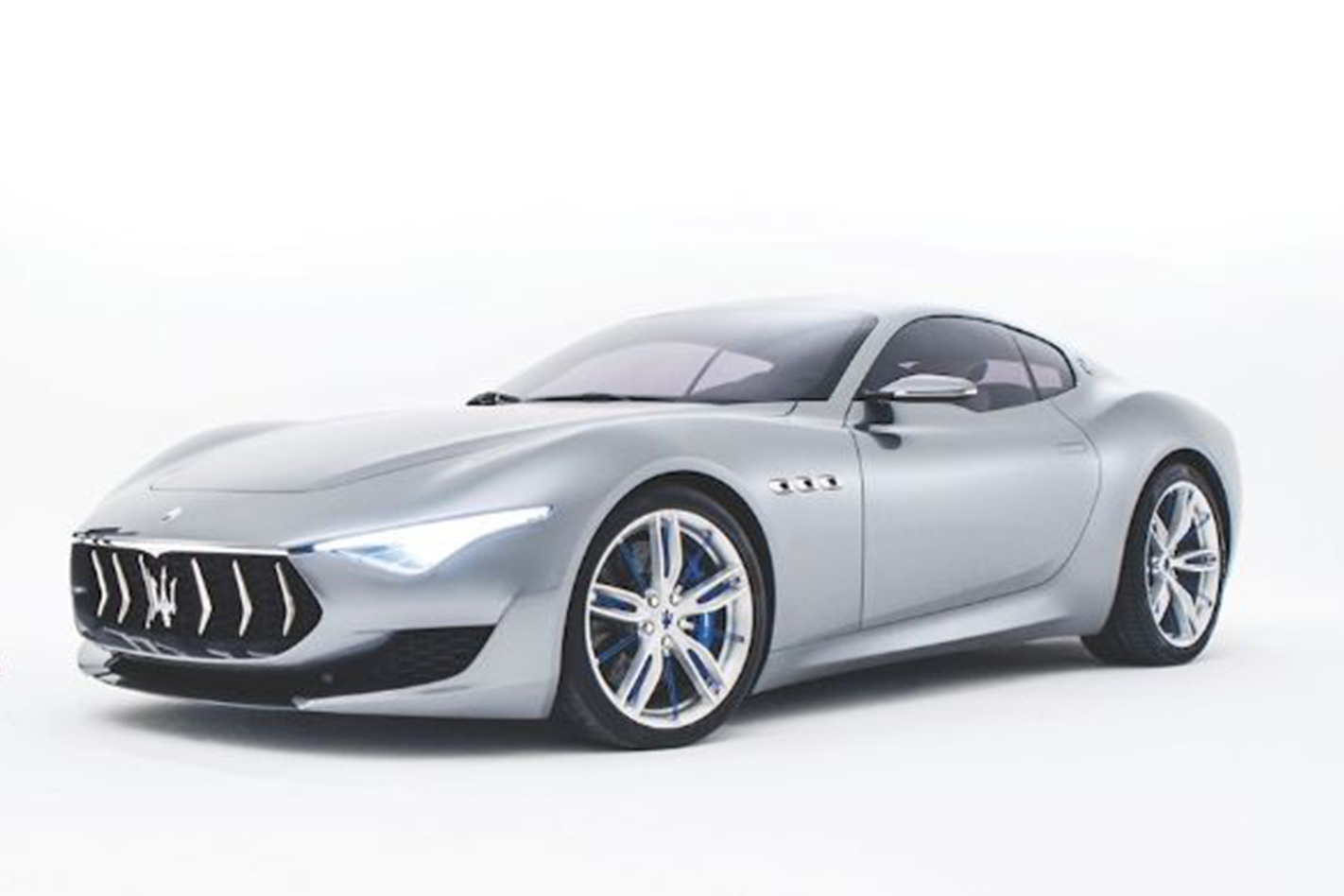 Marchionne promised much in 2014, but not all the plans came to fruition. The Alfieri coupe, the mooted replacement for the GranTurismo coupe remained a motor show fantasy. Still, it’s hard to argue with how Maserati spent its money, unashamedly targeting volume with the Ghibli sedan and the Levante SUV. Another SUV and hybrid tech is on the cards for the marque, but it’s still felt to have underperformed.

Marchionne has been on record identifying the botched launch of the Levante, with brand chief Reid Bigland paying with his job. His replacement, Tim Kuniskis, created a big buzz at Dodge with the marketing planning for Challenger Hellcat and Demon and exactly that enthusiast zeal is required to reignite the magic at Maserati. Global sales stood at a paltry 15,400 in 2014, with 75,000 units targeted by 2018. Achieving 45,000 wasn’t part of Marchionne’s masterplan and the brand will need to do better. 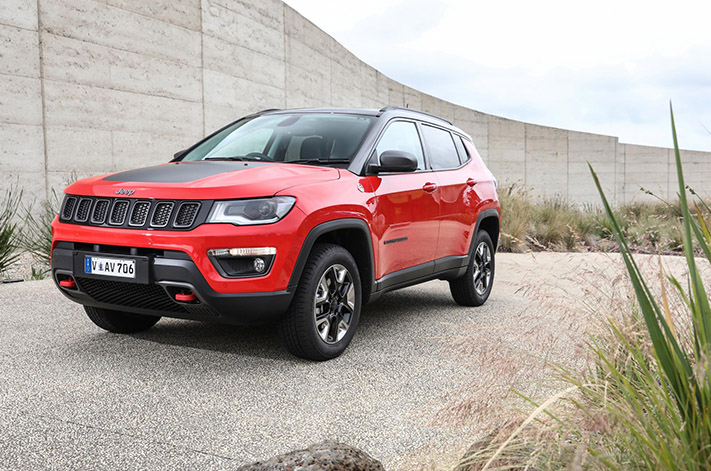 A cautious and measured success story, with volumes helping eradicate debt. Marchionne has every right to feel as if he’s responsibly handing the reins over to his successor come next year. The huge investment in the Giorgio platform is being amortised across a number of brands and looks set to stand the group in good stead for the better part of a decade. Overseeing portfolio development at Dodge and Chrysler seems to represent the biggest challenge, as the group’s focus shifts towards Jeep and managed growth in Alfa Romeo and Maserati, especially in Asian markets. 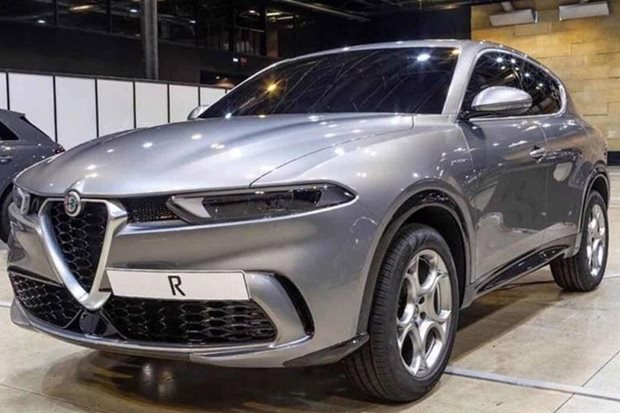 What do we think of the new Alfa Romeo Tonale? 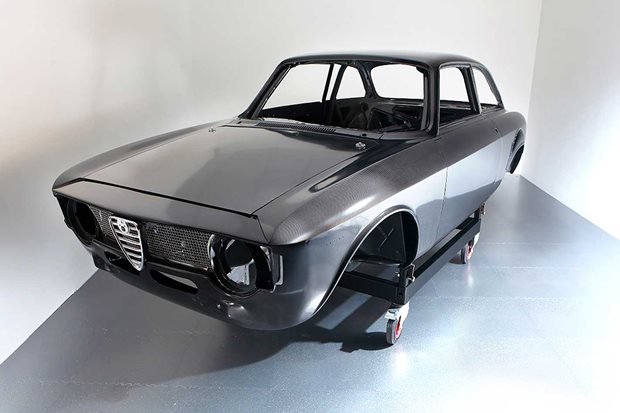