VOLKSWAGEN is standing firm on its decision to refrain from compensating Australian owners affected by Dieselgate, saying it has broken no law here.

The decision to offer no payout locally had not changed, Volkswagen Australia managing director Michael Bartsch said yesterday, after an overseas report said that Volkswagen was ready to offer US customers up to $6400 each.

German newspaper Die Welt reported overnight that Volkswagen Group – the owner of brands including Volkswagen, Audi and Skoda – was close to agreement with US authorities to pay each affected owner $US5000 as part of a settlement deal.

The group is yet to confirm the report. However, Bartsch said Volkswagen Australia’s stance “remains unchanged” since an announcement six months ago that it would not consider cash payments for customers here.

“You have to remember that the US situation is completely and utterly different to the situation here,” Bartsch said.

“We’re governed by different standards here, where we have a mix of Euro 4 and Euro 5 [emissions standards], and to the best of our understanding, we haven’t contravened any standards in Australia with any program that exists.” Volkswagen has been weighing up paying compensation to its US customers because it has broken laws there limiting how much pollution diesel vehicles may emit from their exhausts.

However, Australia’s emissions laws have fallen well behind those of the US and Europe. The Federal Government has been slow to insist that struggling local carmakers upgrade engine plants to comply with more strict environmental targets.

Volkswagen has already issued a recall for 8694 Volkswagen Amarok trade utes, powered by the EA189 diesel engine at the heart of the scandal, as the first of a number of remedies designed to remove software designed to recognise that the engine was being emissions tested and switch to a low-emissions mode.

However, Bartsch said that even without the modifications made in the recall, the Amarok complied with strict Euro 5 emissions targets that had been in place in Europe for the past two years – and are not due to enter Australia’s regulatory framework until November this year.

Bartsch said that between 17 and 18 percent of Amarok owners – about 1600 – had brought their utes in to have the fix applied since the recall was issued in February, and to have a sticker fixed to the door pillar to indicate the work had been done. 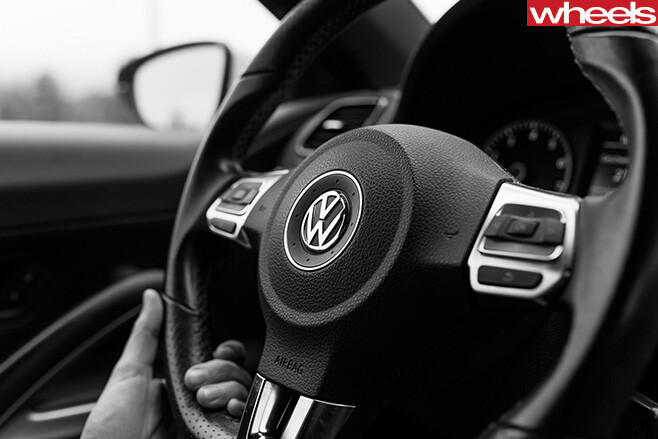 “It’s not like a safety recall where a seatbelt or something comes away. People don’t rush in to have it done,” he said. “They’re mostly doing it as part of their regular service program, so as a car comes in to have work done, we apply the fix.

“We expect to have 85 percent of the cars [Amaroks on Australian roads] done within a year, which is what we see with other non-safety related recalls.”

Bartsch said work to fix the remaining 91,000 Volkswagen, Audi and Skoda models using 1.6- and 2.0-litre EA189 diesel engines would start to roll out in late June as it finalised its recall program with both the Australian Competition and consumer Commission and the Department of Industry and Regional Development.

That fix for the 1.6-litre engine is expected to include a hardware modification as well as a software update.

Bartsch said the timing of recalls to fix the remaining vehicles were out of the Australian operation’s control.

“We’re governed by schedules and timetables that come out of Wolfsburg – those drive the local agenda,” he said.