VOLKSWAGEN was sharing its knowledge of emissions cheats among staff as early as 2006, the latest revelations in the growing Dieselgate scandal reveal.

The New York Times reported overnight that two unnamed former VW workers had confirmed the existence of a PowerPoint presentation prepared by one of the carmaker’s top technology executives a decade ago that detailed how it could beat US emissions tests.

The report adds further weight to claims the brand had proactively sought ways to circumvent tough US regulations that tested for emissions in vehicles.

The emissions-cheating software, which can recognise if the car is being tested via a standardised test and switch to a low-pollution mode, has since rolled out into about 11 million cars worldwide. It relates to Audi, Skoda and VW-badged cars.

Volkswagen gave a sense this week just how much the Dieselgate scandal is hurting it. Despite wrestling the world’s largest carmaker title from Toyota for the first three months of this year, late last week VW posted a much-delayed $3.8 billion loss for the third quarter of the 2015-16 financial year after setting aside $9.7 billion to help it clean up the scandal. 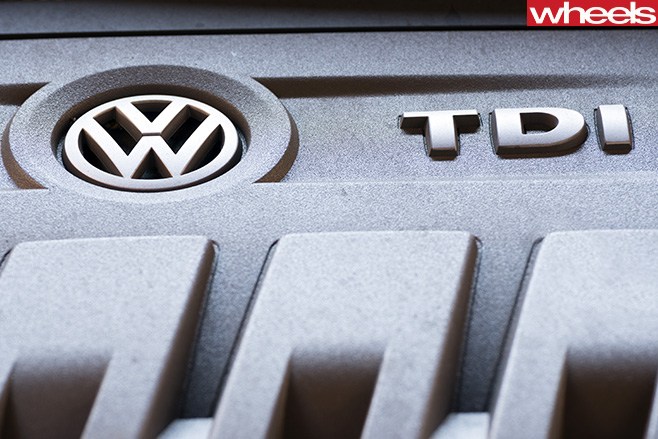 "The financial burden is enormous but manageable... but we will emerge stronger and leaner than ever before," VW Group chief financial officer Frank Witter said in a statement announcing the result.

“No penalties or fines compensation to customers have been included [in the results],” he said.

It was also revealed this week that VW would shelve the most powerful Volkswagen Golf yet, the 300kW R400, as a cost-cutting measure. However, the company is believed to be carrying the R400’s powertrain development across to VW’s sister luxury brand, Audi, where it has already been earmarked for future performance models.

The carmaker still faces multiple class actions from disgruntled owners in the US, where it has agreed to pay individual owners almost $6600 each to sway them from taking legal action.

Despite claiming the title as the world’s biggest car company in Q1, VW’s global sales fell almost four percent for the third quarter as production dipped even further.

In Australia, Volkswagen has started a recall campaign to fix emissions-cheating software in about 8000 Amarok trade utes. Work to start fixing another 90,000 Audi, Skoda and VW-badged vehicles is expected to start in about late June or early July.