HYUNDAI has snared another month at top of Australia’s bestseller list, as strong September sales sustained the new car market’s record-breaking pace for the year to date.

After gaining the top sales spot in June with a similar move, the Korean carmaker reintroduced sharp driveaway pricing for its i30 small hatchback, helping it to move 4490 units for the month and outstrip both the second-placed Mazda 3 small car (3558) and the third-placed Toyota Corolla (3530), the 2014 title holder.

Once again, it was the SUV segment providing all the heat in the market in September, VFACTS data released this week shows.

Sales of the high-riding hatches and wagons have climbed from one in five vehicles sold in August to one in four last month. However, showing up the fractured nature of the segment, only two SUVs – the Mazda CX-5 and Toyota RAV4 – showed up in the list of top 10 passenger cars. 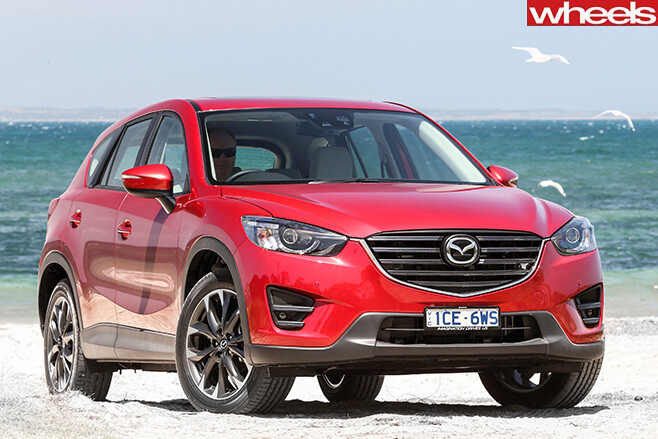 Toyota led the market with 16,594 sales, growing the size of its share by 0.4 percent compared with August to claim a 16.4 percent foothold.

Toyota’s market dominance came mainly on the strength of the locally made Camry mid-sizer (2522) that out-sold the Holden Commodore (2348), and clearing its showrooms of the old version of the Prado off-roader (1667) to make way for a smaller engined, more fuel-efficient one. The Altona-made Aurion large car, built alongside the Camry, continues with its slow sales pace of slightly more than one car a day (276).

However, as much as it gained with some models, supply issues related to rear-drive base models meant Toyota lost out with the Hilux (2004), causing it to slump to third spot in the trade ute segment behind Mitsubishi’s Triton (2020) and the facelifted Ford Ranger (2471) - the Ranger topping the ute category for the second month in succession. 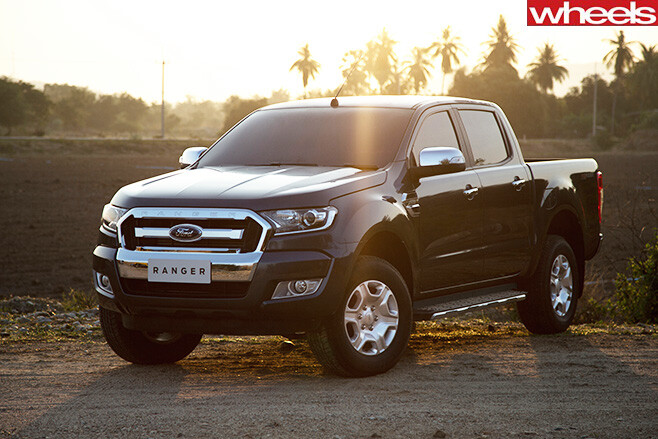 Mazda picked up ground with its 3, as well as the CX-5 soft-roader (2321) as buyers rush to the sweet spot in the segment.

Mitsubishi had a very good month, with its ASX small SUV (1042), Challenger large SUV (556) and Pajero full-size off-roader (543) which, along with Triton, all performed strongly for the brand.

Ford, meanwhile, continues to lose ground, with its share of the market falling 0.2 percent to 5.7 percent month on month. Falcon sedan sales (562) improved ahead of the start of the 12-month countdown until the carmaker’s October 2016 factory closure, while the Territory SUV (612) lost some traction. The Ranger accounted for one in three sales for the brand.

Over at Holden, SUVs including the Captiva 5 (668) and 7 (1051) helped bolster numbers, while the locally made, Commodore-based Caprice large saloon (239) spiked ahead of a refreshed model due later this month. The locally made Cruze hatch and sedan tread water at 1516 sales. 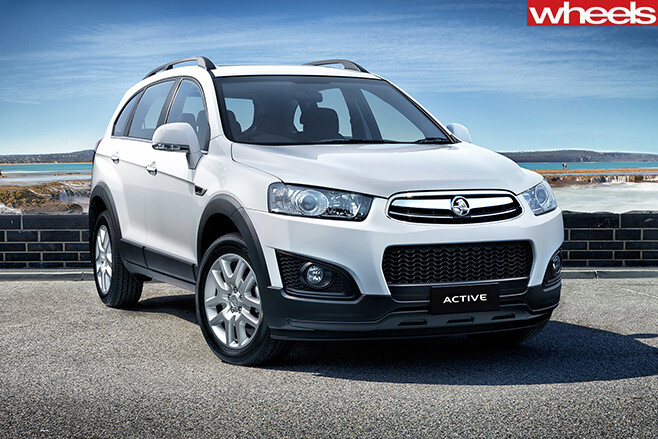 Volkswagen is yet to see if the growing Dieselgate emissions scandal will hurt sales in Australia, with sales suspended of several models, but not its strong-selling Golf (1931). The brand slipped only slightly in terms of September’s market share, falling to 5.1 percent.

All the luxury players gained ground apart from Lexus, which fell slightly to 676 sales compared with August’s 708.

Mercedes-Benz pushed 3381 new cars out its showroom doors, up from 2956 last month on the back of strong A-Class and E-Class sales, BMW jumped from 2202 in August to 2408 as its small 1 Series and 2 Series range, and the X3 small SUV rolled out the door, and Audi grew marginally from 1901 to 2048 sales on the back of its all-new Q7 large SUV.