The resurrection of Chrysler 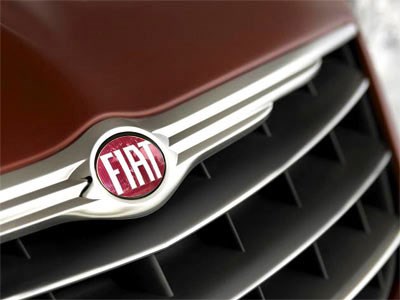 Forty two days. That's how long it took to bring bankrupt Chrysler back from the brink ...

Despite protesting debtors and a sometimes shaky handshake between the American and Italian manufacturer, Chrysler is now officially back on track and in the hands of Fiat - and it only took a month and a half.

The Supreme Court yesterday overturned the last hurdle in the sale of Chrysler to its saviour, Fiat. At the start of the week, a group of debtors from Indiana had protested the loss of $42 million in retirement funds - a tiny sum in comparison to Chrysler's near seven-billion dollar debt - and halted the sale in the Supreme Court.

Not surprisingly, the protest was quashed within 24 hours, and Fiat have taken the reins, the remaining assets, and a tasty $6.6 billion from the US government to get the ball rolling. As far as ownership of the new Chrysler Group is concerned, VEBA (Chrysler's union) will own 55 percent of the company, Fiat gets 20 percent (capped at 35 percent), and the U.S. and Canadian governments divvy up the rest.

New CEO Sergio Marchionne addressed the workers in an open statement released this morning, recognising their recent hardships and the hard road ahead. [Read Robert Nardelli's sign-off speech below]

"Today marks a new beginning for Chrysler and the North American automotive industry, as Chrysler Group LLC, a new company formed in alliance with Fiat Group, has completed its acquisition of substantially all of Chrysler LLC's assets and will begin operations immediately," he said.

"Although we have many challenges yet to overcome, there is no doubt in my mind that we will get the job done. Chrysler will be back-strong and competitive and a rewarding place to work.

"Chrysler is now a more focused and nimble company that will benefit greatly from its new global strategic alliance with Fiat.

"For those reasons, today is a day for optimism. Chrysler, Jeep and Dodge vehicles will once again roll out of our plants, into our dealers' showrooms, and soon thereafter onto America's roads and highways.

"But we must also not forget what we have learned. The past few years have offered several painful lessons on what it will take to survive in the modern-day automotive industry. The alliance is a bold first step to implement those lessons we've learned, but it is only a first step. Now we must prove we can make it work."

Marchionne also confirmed that Fiat platforms and powertrains for small and medium cars would be worked into Chrysler's manufacturing plants, and that a plan to develop new eco-friendly technology and Chrysler's electric-vehicle program was already in play.

The fast-tracked bankruptcy is a major success for the Obama admin, and paves the way for a similarly speedy restructure and resurrection of the New GM.

However, this doesn't mean the Obama administration are clapping their hands, then washing them clean. A new position has also been announced to oversee the salary and compensation packages of companies receiving government assistance. The New York Times has named Washington DC attorney Kenneth R. Feinberg as this 'Compensation Czar', who will have the final say in the salary packs of 175 execs across the seven companies currently receiving handouts. Twenty-five of them are from GM and Chrysler.

I am pleased to report that we have closed the alliance agreement between Chrysler Group LLC and Fiat S.p.A. and have emerged from bankruptcy in record time. Chrysler Group now is a leaner, healthier and more robust company ready to compete in the challenging economy as an important player in the global automotive industry. As I announced on April 30, the completion of this alliance agreement is an appropriate time for me to step aside and return to Cerberus Capital Management. But in leaving, I want to share some parting thoughts with you and express my everlasting appreciation for the work you have done, the sacrifices you have made and the support you have shown me during my time as Chairman and CEO of Chrysler LLC.

This is my farewell message to you.

When I joined Chrysler 20 months ago, I was immediately impressed by the deep intellect of Chrysler people, by your dedication and loyalty to the company and by your passion for innovation, design and great products. All of my experiences since then have reinforced those initial impressions.

What I have learned along the way is that Chrysler people also have the resolute heart of a scrappy underdog. This is a company that has been knocked down many times, but never knocked out. The global economic downturn and the credit crisis have severely tested Chrysler's ability to survive. But our employees, retirees, the UAW, CAW, dealers, suppliers, lenders, our owners Cerberus and Daimler, and other stakeholders have rallied together and made the sacrifices necessary to restructure and reposition Chrysler and give it a new lease on life and the opportunity for long-term success. No one should ever doubt the tenacity of the Chrysler spirit and its rich legacy.

During the darkest hour of the American Revolution, Thomas Paine wrote of the "sunshine patriot" who disappears when the going gets tough. I have found there are no sunshine patriots at Chrysler-just men and women who stand tall and persevere, who never lose hope or faith despite adversity and the negativism from this great industry's detractors. You are men and women who believe in the company, in each other and in a better future.

During my 38 years in business, I've never faced a tougher challenge. Even with our early and aggressive restructuring efforts, we could not offset the negative impact of the financial crisis and the severe economic recession. However, because of those efforts, we gained credibility and the support of the U.S. Treasury, which provided funds to assist us through this transitional period. The global automotive industry is fiercely competitive, and international economic forces have left even the largest automakers awash in red ink. At Chrysler, we have had to take significant restructuring actions to adjust to the new market realities. From August of 2007 through May 2008, we saw the impact of the declining SAAR on our current market share result in the loss of 610,000 units of production, or about $14 billion in revenue.

At the same time, we continued to invest in the restructuring of the company, including $7 billion in 2008 alone. We took important steps to improve quality, which resulted in the lowest warranty cost in the company's history and the lowest recall rate in the industry in 2008. These efforts will pay off even more in the years to come. We strengthened our commitment to a customer-focused culture. We maintained our commitment to a strong product pipeline, with 24 new vehicles planned during a period of 48 months. For 2009, 73 percent of our product lineup offers greater fuel economy than last year's models and, going forward, our robust electric-vehicle strategy will help meet national concerns about energy security and climate change.

The newly signed alliance with Fiat is a direct result of our strategy to pursue partnerships to drive growth. Chrysler and Fiat will be an excellent fit in terms of product, geographical strengths and culture. Using Fiat's distribution system, Chrysler will be able to substantially increase the global reach for the Chrysler, Dodge and iconic Jeep® brands in markets outside of North America. Fiat will bring vitally important small platforms and advanced powertrain technology, broadening our portfolio of offerings and providing customers with exciting fuel-efficient products that they will want to buy. This alliance also will significantly enhance our ability to compete and comply with the new CAFE standards.

I want to express my deep gratitude to my staff at Chrysler as well as to our owners at Cerberus and Daimler, who provided steady and unstinting support throughout our efforts to revitalize the company and enable it to survive. I'd also like to thank President Obama's administration, the U.S. Treasury Department, the President's Automotive Task Force, the Canadian government and the province of Ontario, as well as our partners at the UAW and the CAW, for their continuing support in helping us complete this alliance. Their efforts will help to protect the livelihoods of many thousands of people in the Chrysler work force and the many others who depend upon those workers.

With the appointment of a new board of directors and the selection of Bob Kidder as Chairman and Sergio Marchionne as CEO, I am confident that Chrysler will continue to build on its proud 85-year heritage and remain an integral part of American life for many years to come. The road ahead will always have hurdles, but I strongly believe that Chrysler will meet every challenge and will build a bright future as part of a vibrant new company.

It has been my privilege to share in the rich Chrysler legacy and to serve as your Chairman and CEO. I've never been involved with a more talented, passionate and committed group of men and women. The dedication you have shown to your company and to each another has been truly remarkable.

I also want to express my deep appreciation to the entire Detroit-area community for welcoming and accepting me during my time with Chrysler. In my many years in business, I have worked in 14 different cities. Detroit and the auto industry have done so much to shape our country's history, and I feel tremendously proud to have been a part of this dynamic community and a company so committed to its revitalization.

I thank you from my heart, and I hope that the coming years bring good fortune and prosperity to each of you, your families and to everyone associated with the great Chrysler team. 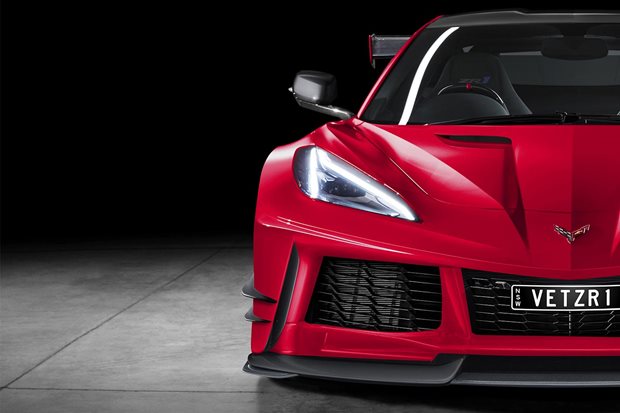