US Mail: The casualties of crisis 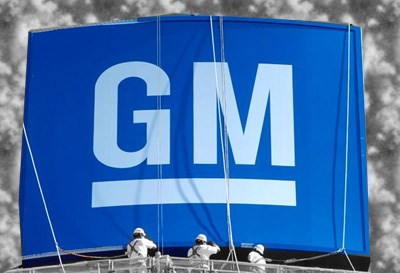 
What is it? The amount of dollars General Motors lost every day last year. The automaker reported an annual loss of $30.9 billion for 2008, $9.6 coming in the last quarter. Here's a little more depressing math: at the end of the year GM had $14 billion in cash. Subtract the $4 billion it had received from the U.S. government and you have GM working with less than the reported $11-14 billion it needs for ongoing operations.

So here's the government's problem. Cut GM off and it could be bankrupt very quickly, affecting millions of jobs directly or indirectly. There could be automotive chaos, as suppliers who deal companies other than GM would likely fail.

On the other hand, if the government steps up to support GM there's no estimate how long that support will have to continue, nor its cost.

It's this fear of an automotive black hole that has many concerned. As it is, GM is already asking for another $16.6 billion in government aid, with Chrysler requesting an added $5 billion. Ford continues to claim it is okay though 2009, though it did burn through a surprising amount of cash during December and question marks remain...

Addressing a joint session of our Senate and House of Representatives, U.S. President Barack Obama spoke about the automakers. He chastised Detroit, saying, "As for our auto industry, everyone recognizes that years of bad decision-making and a global recession have pushed our automakers to the brink. We should not, and will not, protect them from their own bad practices."

Obama then added, "But we are committed to the goal of a re-tooled, reimagined auto industry that can compete and win. Millions of jobs depend on it. Scores of communities depend on it. And I believe the nation that invented the automobile cannot walk away from it."

Yes, he got that last bit of history wrong and you could almost hear automotive historians--and Mercedes public relations men--groaning throughout the U.S.

Obama's speech was just the latest in the daily line of news concerning automakers and the economy.

President Obama with GM Chairman CEO Rick Wagoner in 2008
As examples: the often outrageous salaries paid to auto executives has been cut, in part because Congress won't stand for millions of dollars going to executives whose firms are failing. GM Chairman CEO Rick Wagoner made $2.2 million in 2008 and will get $1 in 2009. Other GM top executives are taking a 20-30 percent cut, while Ford's Alan Mullay is down 30 percent. Year-end bonuses go out the window, and unions have chipped in with financial cutbacks.

GM killed its high performance division, and basically said it will do away with Saturn after the 2012 year, unless someone cares to pony up for it, which is unlikely. Saab fans are in trouble.

By the way, if there is one continuing question that swims throughout all this drama it is this: GM lost $30.9 billion in 2008 and tens of billions in the half-decade before that and yet the same men remain in charge. Why?

Actually one exec is about to depart and he's the one many of us wish would stay. Bob Lutz, 76, GM's vice chairman and product chief, will be backing into a smaller role as of April 1 and out the door at the end of December.

A veteran of the U.S. Marine Corps, BMW, Ford, Chrysler and GM, Lutz has always been known as the ultimate "car guy" in a business that has needed such men. Outspoken and charismatic, Lutz has been an inspiring leader in a company too often too fond of its accountants.

We've had to work through so much bad news lately, I had to finish on an upbeat this month.

Racing season has begun again and it started with an excellent Rolex 24 Hours of Daytona. After a day's racing, the winning margin was just .167 seconds, the closest finish in the event's history.

Then we had our premier stock car event of the year, the Daytona 500, and all the associated racing that took place at the Florida speedway over the course of eight days.

It was great to have racing back, and much was made during the broadcasts of the effects of the financial situation on the sport. While many of the cars were plastered with all manner of sponsors as always, there was no hiding the cars with minimal advertising. Announcers made no secret of the number of teams running limited schedules during the season. It is a tough reality, but it is being faced with honesty.

And then, seeming to defy reality, word came that the long-rumored USF1 project was nearing readiness. Its principles are Peter Windsor and Ken Anderson, who has experience in F1, Indycar and NASCAR. Most F1 fans know Windsor as a one-time manager of the Williams F1 team, but he is quite well known and respected in the U.S. as a television commentator for F1.

So in the midst of the cost cutting going on throughout the auto business, how can anyone form an F1 team with all its mega-costs? Windsor claims USF1 can be the prototype for the new generation of lean, mean Grand Prix teams being promoted these days by F1 organizers.

Maybe so, but running a team throughout the world, with an emphasis on Europe, while your headquarters are in Charlotte, North Carolina, has to be expensive.

As Americans we'd love to see it happen, and have little doubt there is plenty of technological assistance available in the States. Eight years ago I was in the NASCAR shops of Richard Childress, shortly before his main driver, Dale Earnhardt, was killed at Daytona. I was there with Phil Hill and while the shops in general were impressive, we were taken aback by the research and development department. It was peopled by highly intelligent, well-motivated young men with engineering degrees from major universities. They told us with pride how much of the equipment in their department was the same you'd find in an F1 shop... and they were very up-to-date on the latest in F1 thinking, even though they could never use it on stock cars.

And right now there are a lot of NASCAR men, even from the top ranks, looking for employment.

As for USF1 drivers, Danica Patrick and Marco Andretti have already expressed skepticism in the project, but I was delighted to see another driver who showed interest: Kyle Busch.

He is the current bad boy of NASCAR, not all that loveable, but Busch is an excellent driver. Arguably the best in NASCAR.

A stock car driver in F1 you wonder? It's my conviction that had he decided to race F1 instead of NASCAR, Jeff Gordon could have been a World Driving Champion. We'll never know, but... 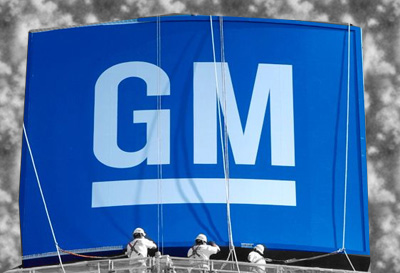 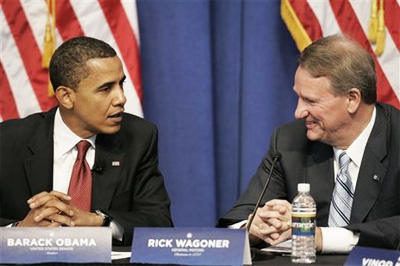 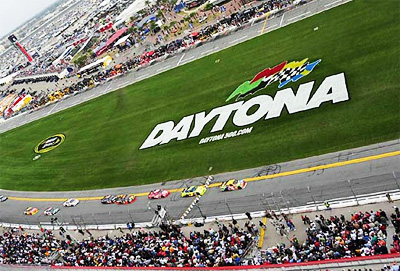