AUSTRALIA’S first suspected death relating to the Takata airbag recall has prompted the consumer watchdog to urge owners to speed up their replacement – and for carmakers to do the right thing.

The call comes after a 58-year-old man died in a car crash in Cabramatta last week after a small piece of metal became lodged in his neck after the airbags fired. Police say they strongly believe the driver’s injury was related to the airbag.

Police confirmed the Honda CR-V in which the driver died was part of the worldwide airbag recall for both the driver’s and front passenger airbags. The death has been reported to the NSW Coroners Court to determine if an inquest is necessary, police said.

The Takata faulty airbag recall involves around 2.3 million vehicles in Australia, with about two thirds of them believed to still have the potentially lethal devices fitted.

The airbags are in 60 makes of cars sold in Australia, including Honda, Toyota, Mitsubishi, Subaru, Jeep, Nissan, Chrysler, and Dodge. It has even scooped up luxury brands BMW, Lexus and Ferrari.

The recalls are believed to have affected 31 million cars worldwide since the problem was first discovered in 2008, with more likely to be added. In the US, the faulty airbags have been linked to at least 11 deaths and more than 180 injuries.

“Do not ignore or delay responding to a letter from your car’s manufacturer or retailer asking you to have your car’s airbag replaced,” Australian Competition and Consumer Commission chairman Rod Sims said. 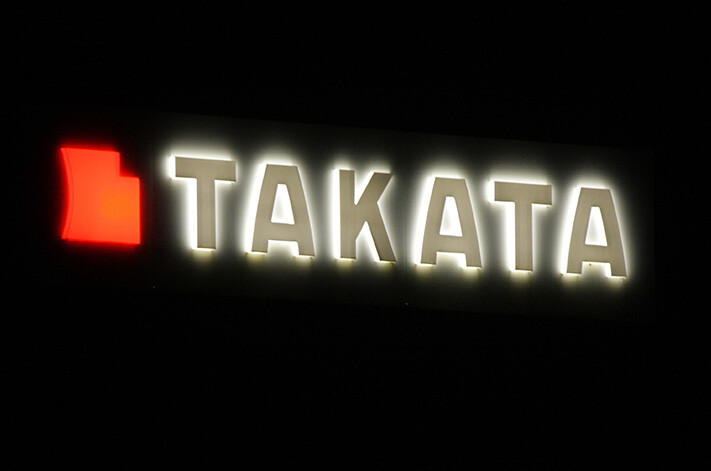 “The airbags degrade over time and can become lethal by misdeploying and firing metal shards at the car’s occupants,” he said.

According to the ACCC, the carmakers now have sufficient stock of replacement airbags to fix the 1.5 million vehicles that continue to drive around with the dangerous ones.

However, it has warned that some of the replacement airbags will need to be replaced again in about six years’ time to ensure they also did not suffer the same failures.

“Car manufacturers and retailers must let consumers know when they are having their car’s airbag replaced, what type of airbag it is being replaced with, and if it is likely to be the subject of another recall down the track,” Sims said.

The problem with the airbags rests with the ammonium nitrate propellant used for the airbags, made by Japanese manufacturer Takata. The chemical absorbs moisture from the air over time, which makes it unstable.

That means instead of filling the airbag with gas, the ammonium nitrate explodes inside its canister, shooting sharp pieces of metal shrapnel into the cabin, potentially tearing the airbag and harming occupants.

“We’re seeking information from the Department of Infrastructure and Regional Development as to exactly what information it is requiring car manufacturers and retailers to give consumers about their car’s airbag, including the likelihood of the airbag being replaced again,” Sims said.

“We would have very serious concerns if manufacturers were found to be misleading consumers about their car's safety in breach of their obligations under consumer law.”

The alleged fatality linked to the Takata recall follows on a similar incident in Darwin in April where a woman was seriously injured after the steering wheel airbag in her Toyota RAV4 filled the car’s cabin with shrapnel.