Jaguar has lifted the covers off its all new XE, intended to take on the BMW 3-Series and Mercedes-Benz C-Class

Jaguar has lifted the covers off its all new XE at a star-studded gala at Earls Court, London. Intended to take on the BMW 3-Series and Mercedes-Benz C-Class, it’s Jaguar’s first foray into the mid-size sedan segment since the ill-fated X-Type.

While a range of petrol and diesels will be available, the Earls Court reveal featured our first look at the model of most interest to MOTOR readers, the range-topping (for now) XE S. Powered by a supercharged 3.0-litre V6 producing 250kW/450Nm, Jaguar claims 0-100km/h takes 5.1sec, while top speed is limited to 250km/h.

The first model to be built off Jaguar’s new modular vehicle architecture, the XE is claimed to be the lightest and stiffest sedan the British firm has ever produced thanks to the extensive use of high-strength aluminium, though starting from 1474kg, it’s heavier than all its rivals.

A claimed Cd of just 0.26 (for the base model, at least) makes it extremely slippery through the air, aiding performance and efficiency.

With a reputation of dynamic excellence to uphold, Jaguar has gone to great lengths to ensure the XE handles properly. The front suspension is a double wishbone arrangement rather than the traditional MacPherson strut, while its ‘Integral Link’ multi-link rear suspension is claimed of offer improvements in longitudinal and lateral stiffness. The XE is the first Jaguar to be fitted with electronically-assisted power steering.

Its downsized-XF styling is handsome and well-proportioned, at least on the optional 20-inch wheels of the S. The interior design is recognisably Jaguar, including retaining the trademark rotary gear selector that rises out of the centre console on start-up.

The good news for performance fans is that the S is unlikely to remain the performance flagship for long. Expect an XE R, likely to be powered by Jag’s 5.0-litre supercharged V8, before too long to take on the M3 and C63 AMG, with the potential for an ‘SVR’ version which will be more extreme again.

Expect the XE to land in Australian showrooms in the third quarter of 2015. 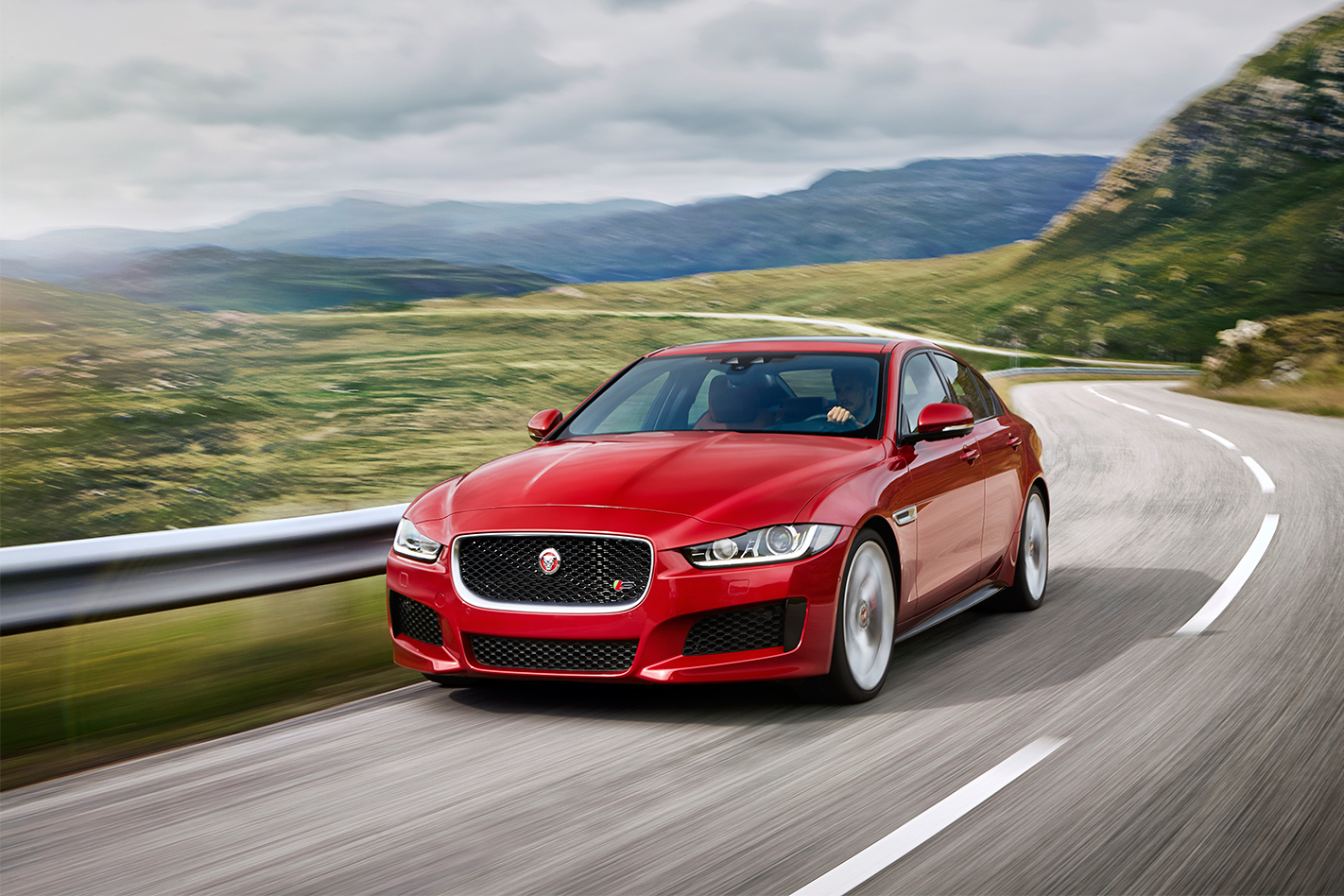 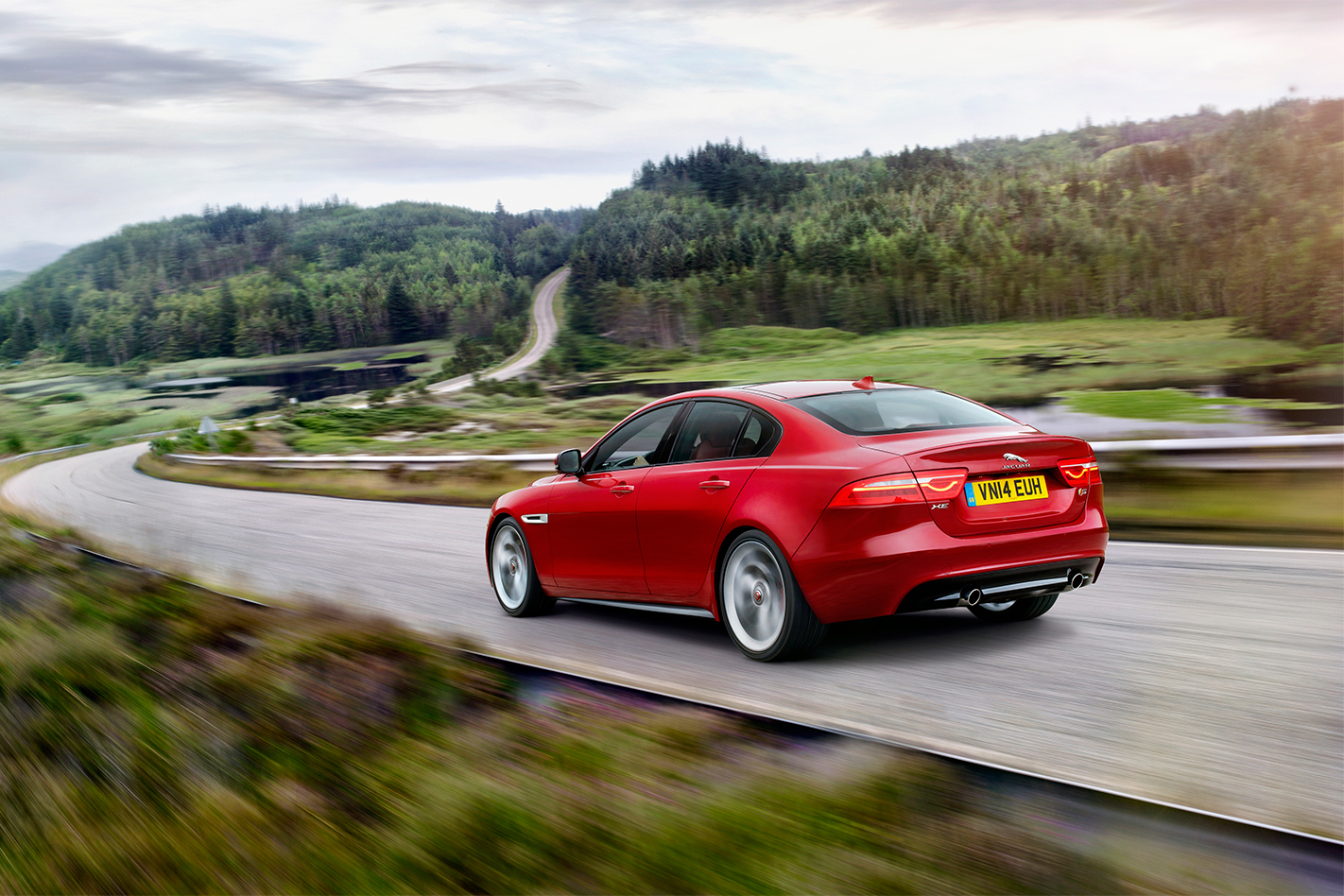 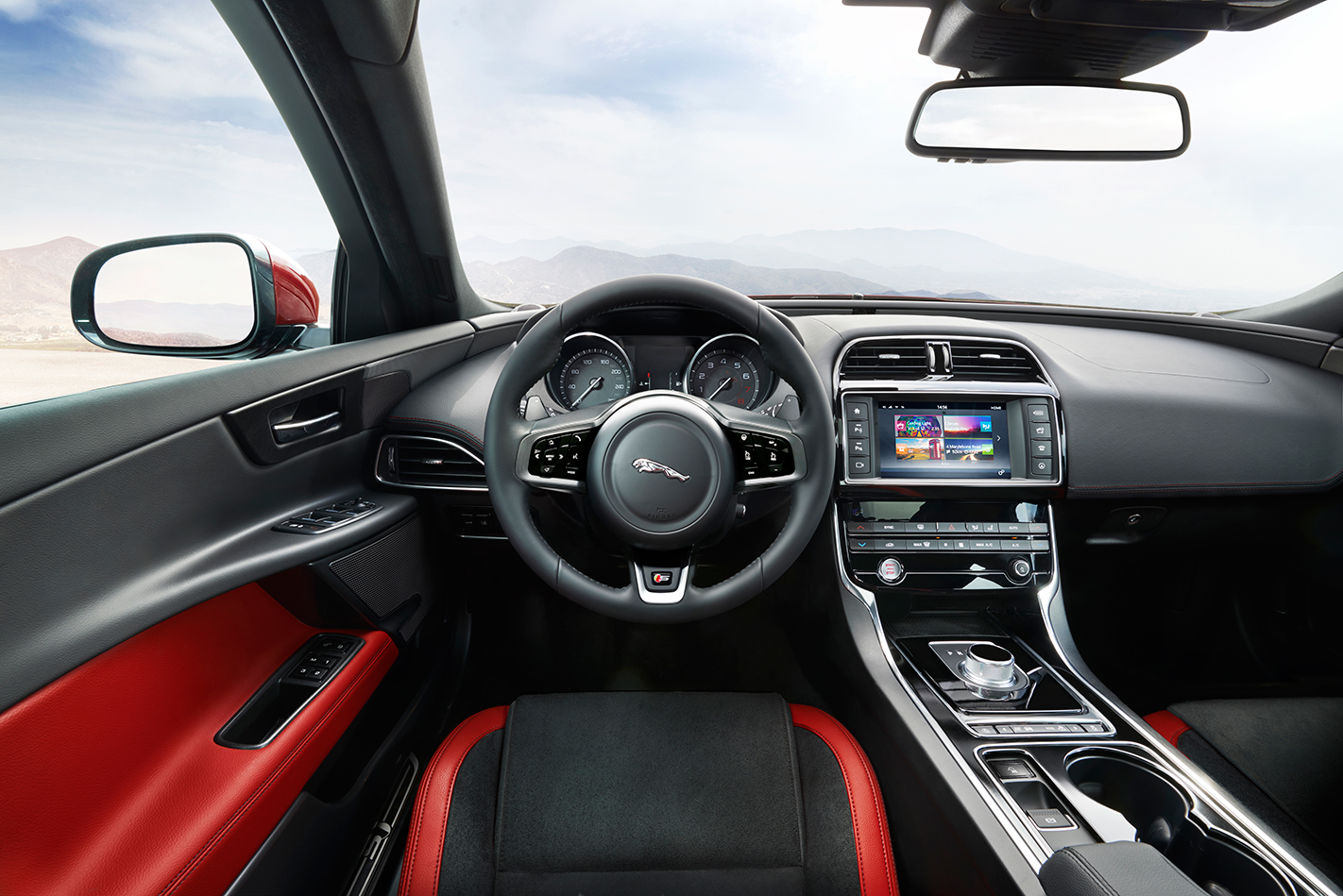 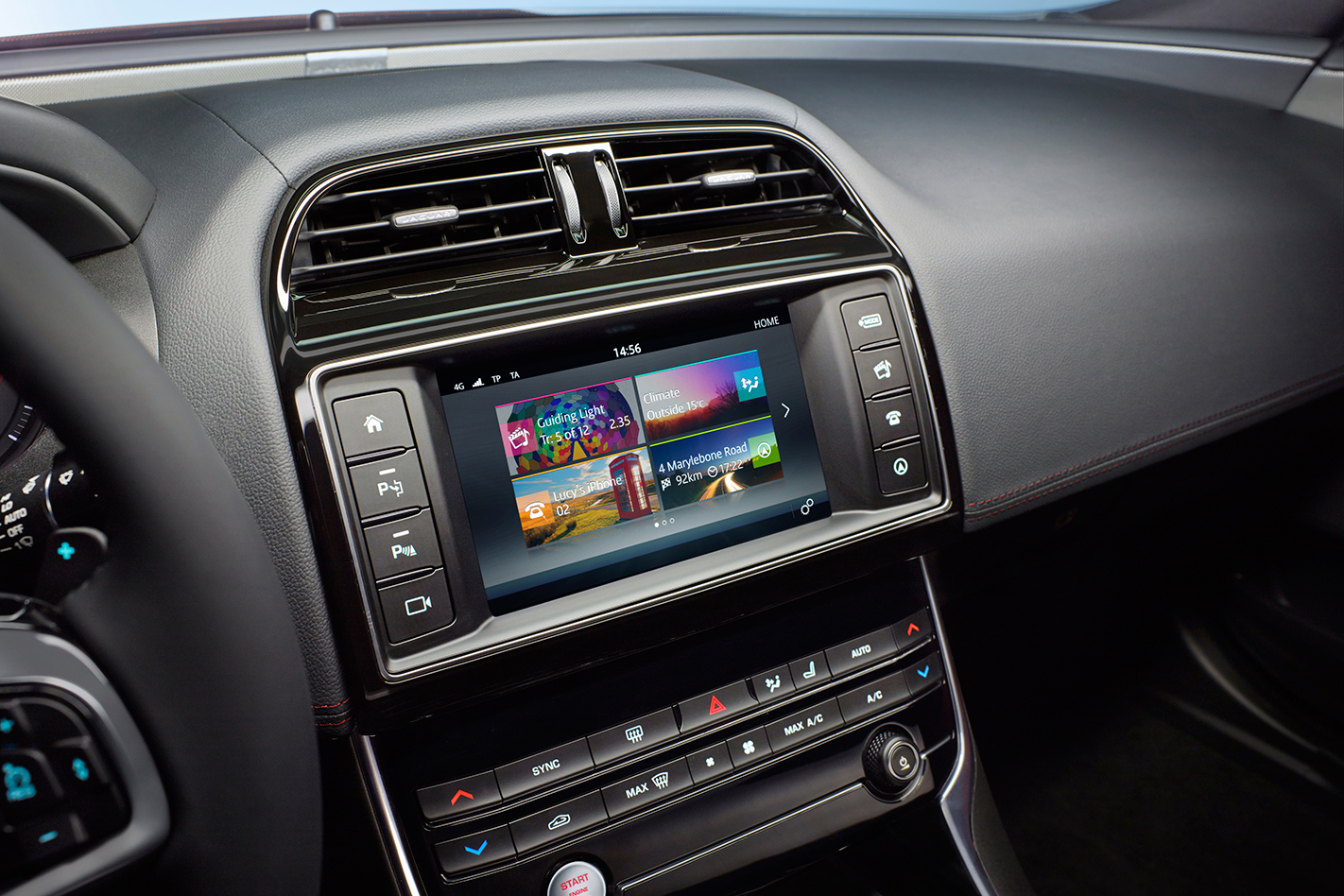