The 2018 Saleen 1 has broken cover at the LA Motor Show, marking Saleen’s return to creating its own cars.

Moving away from the high-powered exclusivity of its previous model, the Saleen S7, the Saleen 1 (or S1) will be a lightweight sports car, and will cost only $100,000 USD.

With a mid-mounted 2.5-litre turbo four built and tuned in-house, the S1 will produce 336kW and around 475Nm of torque. 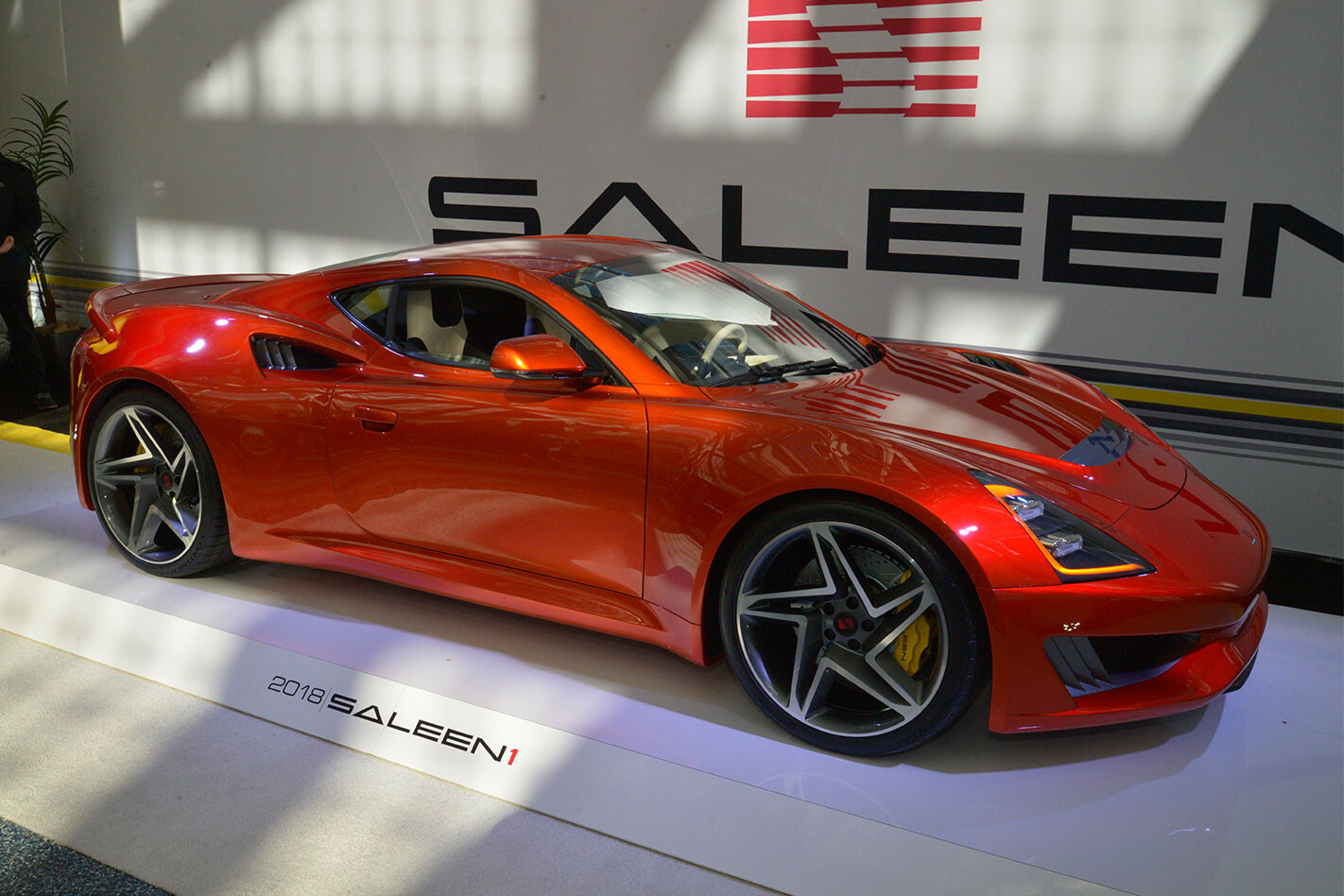 This will propel its approximately 1225kg body to 97km/h in about 3.5 seconds, says Saleen founder Steve Saleen.

Low weight is also helped by the Saleen’s all-aluminium tub chassis and its 100 per cent carbon fibre body.

“Its power to weight ratio is one of the best in the world, putting it up there with almost any supercar,” he said at the S1’s reveal.

Its quick sprint will allow a quarter-mile run in the low 11 second range, and a top speed of around 290km/h.

Wide Continentals will help it stick to the ground and put down power, with Steve Saleen revealing it pulls 1.2Gs on a skid-pad.

It should also pull up quickly thanks to what Saleen describes as massive brakes.

The Saleen 1 will be built in a new plant in California for the North American market, with deliveries excepted to commence in late northern-summer (Q3) of 2018.

Americans can already place a $1000 expression of interest style deposit on a Saleen 1, though the rest of the world will have to wait a little while for a chance to see what the S1 has to offer.