Maurizio Reggiani is Lamborghini’s defender of the howling V12

Why CO2 is marvellous, why the Urus can't speak Italian and why there's life in the V12 yet, according to Lambo's tech chief

“Sparkling every time,” he decides, notwithstanding the fact that the stuff tastes like TV static.

“Costs the same and has gas inside,” he adds, before making possibly the most Lamborghini comment possible about carbonated water. “CO2 is marvellous,” he beams. “No one is able to prove that CO2 is a pollution, eh? Remember this.”

We're tucked away upstairs in Lamborghini's suite at the Geneva Show and there to temper Reggiani's natural bombast is Federico Foschini, the company's chief commercial officer. He's keen to stress how well the Urus SUV is doing for Lamborghini.

“Seventy percent of Urus customers are new to the brand. We are seeing more women buying,” he says, but admits that the rise is only from four percent to six or seven percent. 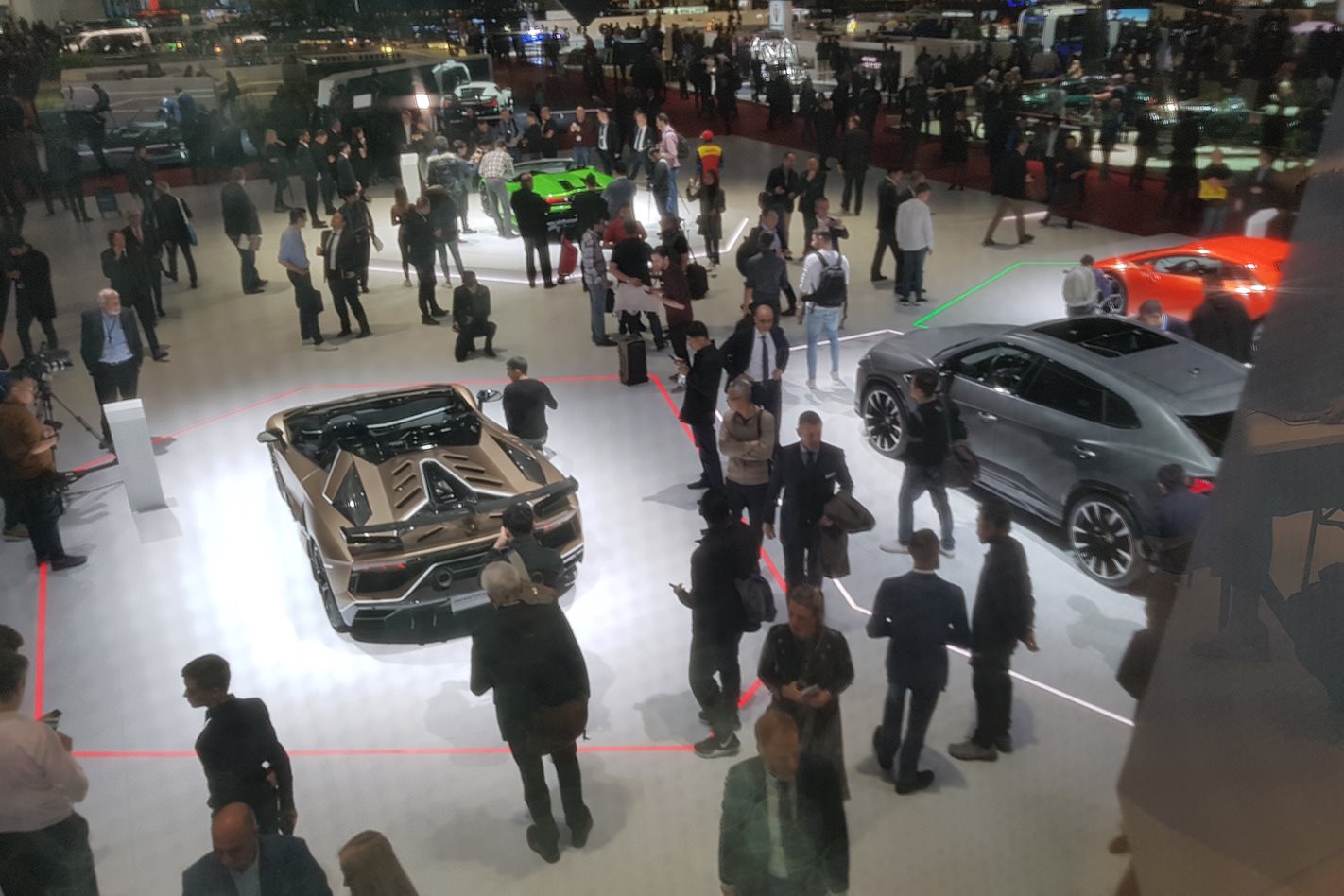 He also demurs when asked whether the success of Urus – targeting 5000 SUV sales next year out of Sant Agata's total output of 8000 cars - builds pressure on Lamborghini to offer a smaller SUV.

“No, it's not in our ideas. It's a step I don't think we are going to do. The positioning of Urus was perfect. At the end of the day, it's a super sports car that drives with an SUV design. So, there's no Macan-like version. We are not working on anything like this,” says Foschini.

When asked whether the company is instead looking at something more Panamera-like, Reggiani deflects, preferring to talk of platforms and powertrains.

“To create a Lamborghini hybrid super sports car is really easy,” he says, with a dismissive wave.

“The problem is solving the physics problems of weight and packaging. We also need to guarantee the emotion of Lamborghini and that emotion came from sound, from engine responsiveness, from the number of cylinders,” he adds.

“If you take this kind of characteristic, you need to play with what is offered in terms of electrification and then try to minimise the weight and packaging of these components.

“Our competence in carbon fibre will be our biggest support. Taking experience from LDVI (Lamborghini Integrated Vehicle Dynamics system) that we apply to the Huracan Evo, all the chassis control that gives perception to the customer that the car is much more agile.

“From a physics point of view, it's like having a lighter car.”

He bats away the threat posed by upstart EV supercar manufacturers.

“There are some really fresh ideas. What the need to face is what would be their rule of the game in terms of homologation today,” he says.

“There is a real difference between concept and a production car. There are cars being presented without any kind of entry for air,” he sits back and blows out his cheeks, throwing his hands up. “The battery needs a super efficient cooling system otherwise you have no functionality. From concept to production – you need an evolution of the revolution.”

Cool your jets, in other words.

“The V12 must respect some homologation rules. We are able to guarantee that our V12 will be able to fulfil all Euro 6 rules. After that it comes down to questions of capacity and fuel consumption. What's becoming clear is that if you want a super sports car, fuel consumption cannot be discounted. The future will be Euro 7, a real tough game changer. Maybe 2023, 2025. It will have real significant impacts in terms of output and performance,” he admits before claiming that it is technically possible to meet Euro 7 requirements with an atmo V12.

He admits to difficulties with the Urus' speed limit detection system, claiming that it reads German speed limit signs perfectly but not Italian ones, a wry irony indeed.

Its German genetics offer other advantages though.

“In the Urus, it would be possible to benefit from hybridisation work done within the group. But when you take a super sports car, you perceive immediately that there are no cars within the group as extreme as the Aventador in terms of packaging and shape. If you think for a moment that it's possible to have a floor mounted battery, you understand immediately that the car lifts up so much that you will not be able to have an Aventador.”

Reggiani worked with Ferruccio Lamborghini many years ago and it's put to him which car in the current range the marque's founder would have loved most. His eyes light up and he smiles.