Mercedes-AMG will debut a new and more affordable product by the end of the year, with the first-ever A35 AMG set to rival the likes of the Audi S3 and BMW M140i, and fill the void to the next-generation A45 AMG all but confirmed to soar in power and pricing.

The evolutionary fourth-generation A-Class launched globally just last week in Amsterdam, with the most powerful model revealed so far being the A250 featuring an upgraded version of the existing 2.0-litre turbocharged four-cylinder petrol engine. It now delivers 165kW (up 5kW) and 350Nm, and the lighter new hot hatchback claims a brisk 6.2-second 0-100km/h.

However, the current A250 is priced from $55,200 plus on-road costs, and that isn’t expected to change much when the A-Class arrives in Australia by the third quarter of 2018. 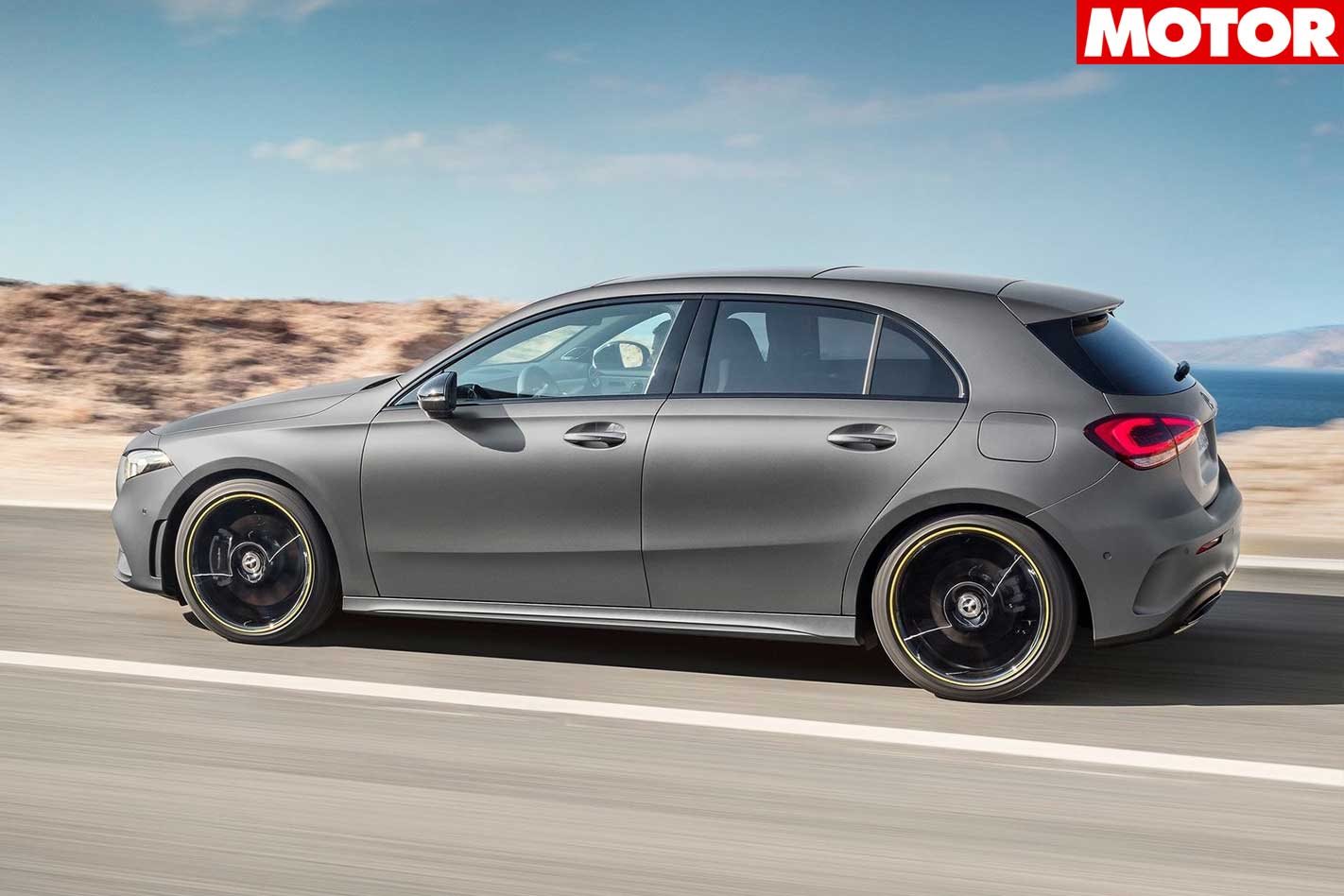 The A35 AMG will use an Affalterbach-tuned version of the Benz’s latest 4MATIC all-wheel drive system, which replaces a hydraulic pump for the actuation of the rear differential with an electro-mechanical clutch claimed to be much faster acting than before.

For even the new A250, selecting the sportiest Drive Select mode prioritises a more rear-driven feel than the previous system, which prioritised front-drive until slip was detected, at least according to Benz experts speaking at the launch of the new A-Class in Amsterdam. 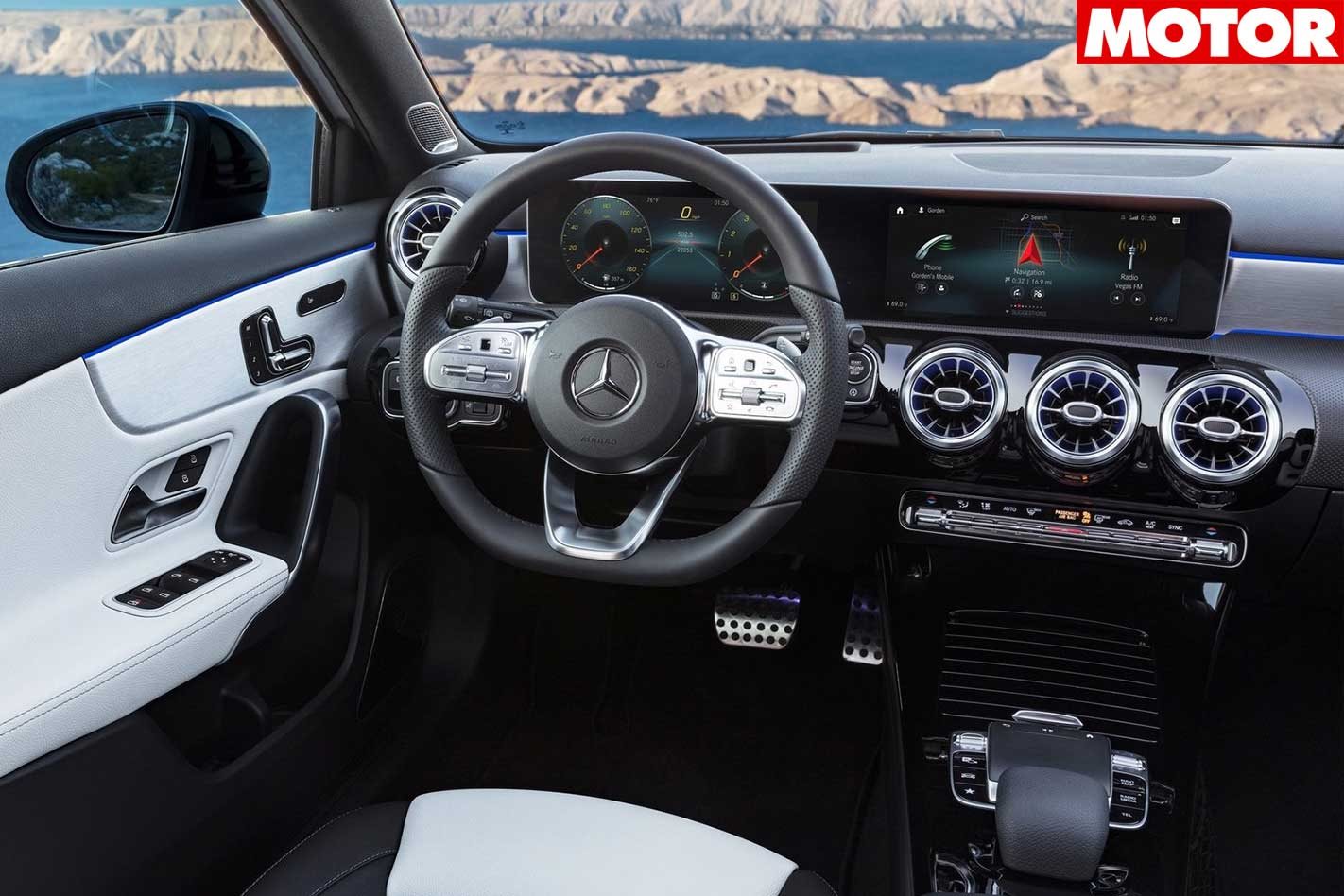 This is a move that falls in line with AMG’s strategy of reducing fuel consumption, and meeting stringent European emissions targets, in its penultimate models. Already there’s a precedent – the CLS 53 AMG uses a 320kW/520Nm 3.0-litre turbo inline-six teamed with an electric motor fitted between engine and auto, dubbed EQ Boost, to add 16kW/250Nm.

It therefore leaves the next CLS 63 AMG to use big V8 power, and likewise the A45 AMG will use enormous boost to ramp up its four-banger outputs to at least 300kW, and more likely 320kW, with a sub-4.0sec 0-100km/h an obvious target that engineers will hit. And hit hard, given the current 4.2sec time is managed from 280kW/475Nm. 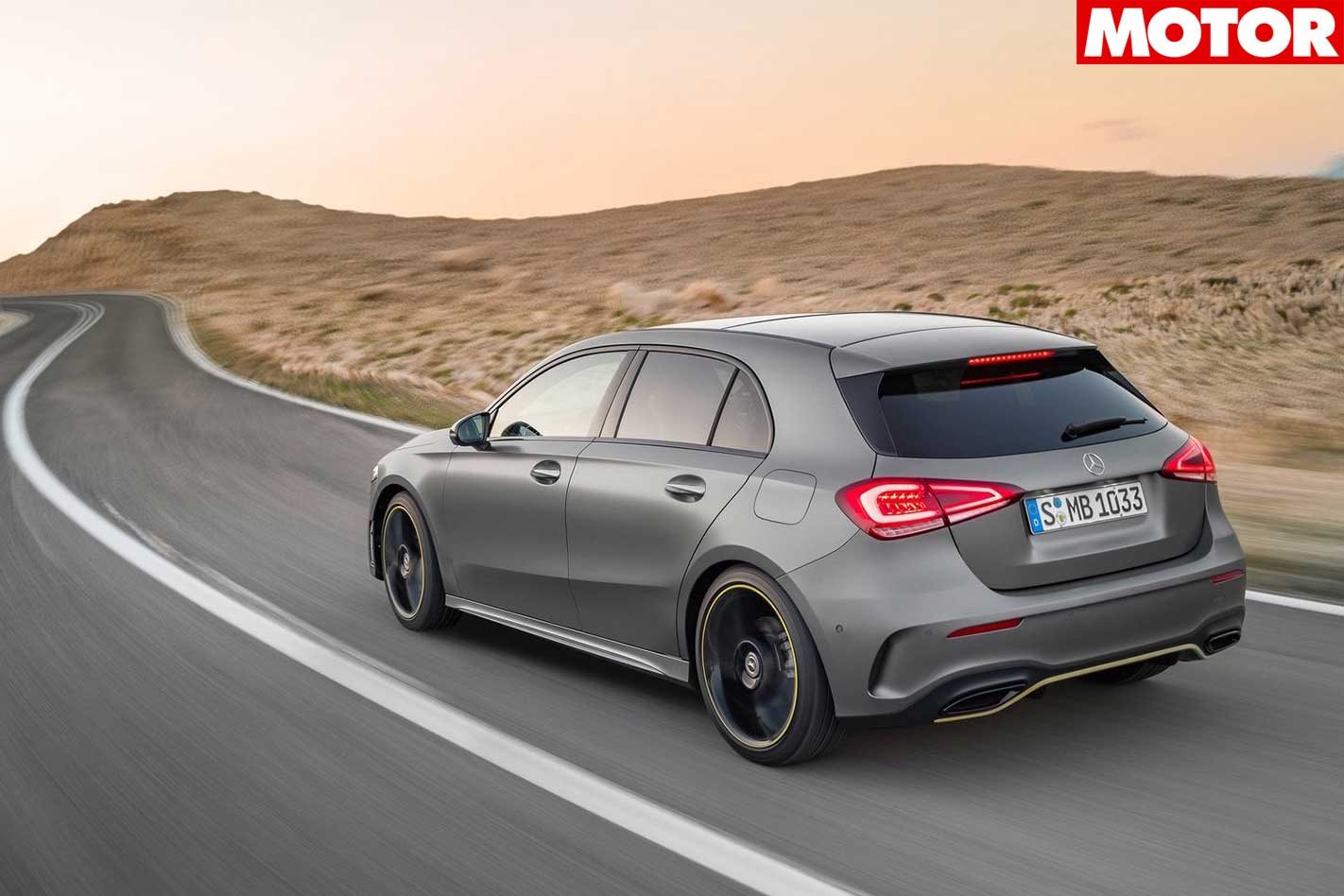 A MOTOR source said that up to 350kW should be safely possible from the current 2.0-litre turbo, and it was explained that the A45 AMG certainly won’t move to a six-cylinder for obvious space reasons in this east-west-facing engine bay.

The A35 AMG could be shown as early as next month’s Geneva motor show, though October’s Paris show is more likely given the global on-sale date of late this year. The A45 AMG will then follow by mid-2019, we are reliably told. 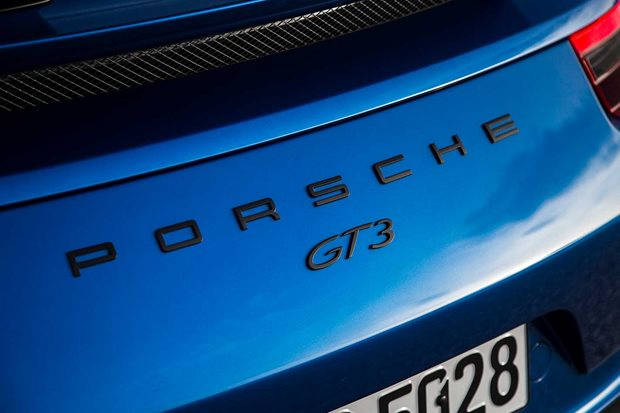 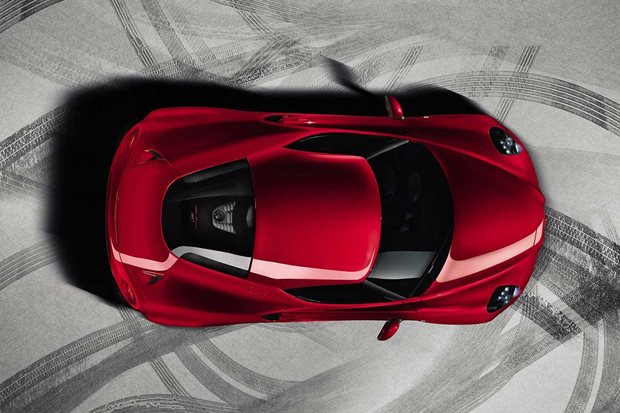 German tuner ‘confirms’ V6-powered brother to 4C on the way