THE POPULAR Mercedes-Benz small car line-up looks set to grow a sixth body style, previewed by the Concept A revealed at the Shanghai motor show this week.

Concept A is an appetiser for the A-Class sedan expected to join the MFA family as part of the platform's second-gen roll-out, which will start with the updated A-Class hatch later this year. 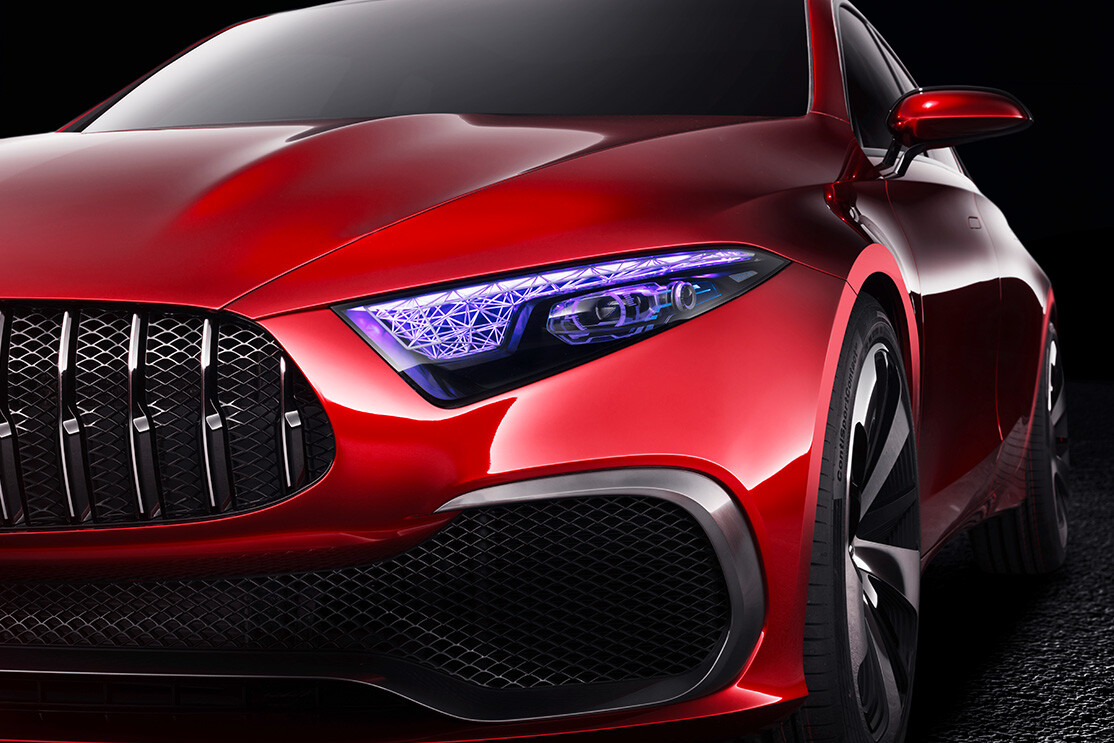 Its deliberately minimal styling approach features a side profile notably free of the tucked and folded body lines seen on other Benz models, following the example set by the recently launched E-Class Coupe.

“The time of creases is over,” said chief designer Gorden Wagener. “With perfect proportions and surfaces with reduced lines, it has the potential to introduce a new design era." The concept takes on a relatively traditional three-box sedan form, with short overhangs making it stumpier than the CLA ‘coupe’ sedan, though it is wider and taller – suggesting more cabin space inside – and features a higher beltline, larger side windows and a more upright C-pillar to define the transition from rear glass to boot lid as opposed to the fastback styling of the CLA. Its muscular wheel arches house unique 20-inch wheels.

Other standout elements include the tilted Panamericana front grille inspired by Mercedes-Benz racing cars, a panoramic glass roof, and LED headlights with a grid-like pattern that ties in with the diamond grille below. 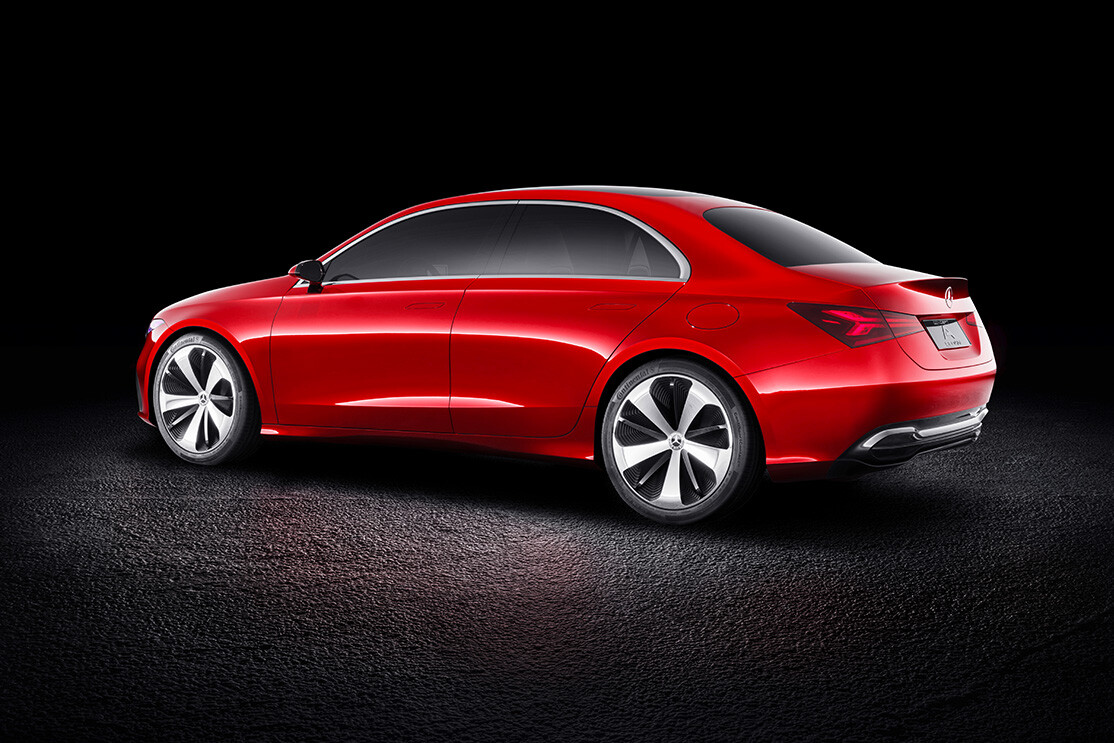 Merc says the unusual headlights are coated internally with a UV paint that glows in different colours, depending on the light medium.

Concept A is a “roadworthy show car” and, though heavily stylised, appears closer to production than many other concepts. 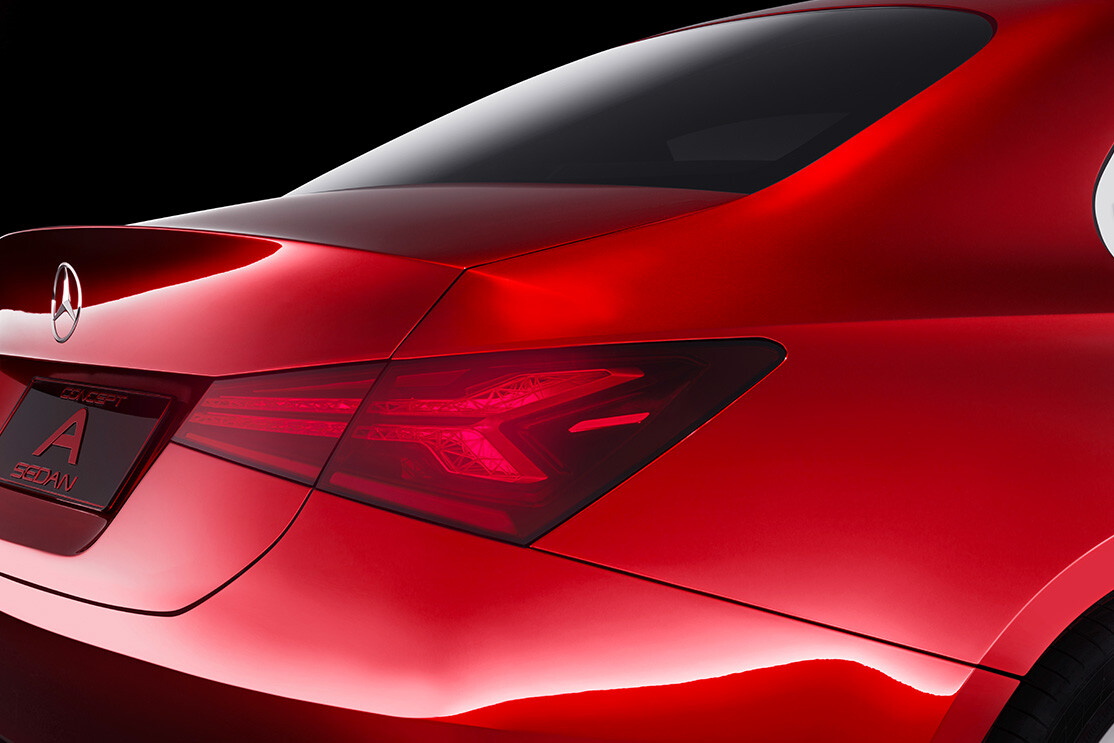 Merc’s revised modular front-drive architecture (MFA) will focus on efficiency improvements and introduce a redesigned interior. Changes to drivetrains are also expected and will include front-wheel drive and all-wheel drive variants, as with the current transverse-engined Mercedes line-up.

Daimler has its sights set on a US-market berth for the production A-Class sedan, where the current A-Class hatch is not sold due to buyer preference for sedans. Other models currently in Merc’s small car range and expected to move to MFA 2.0 include the B-Class people mover, GLA-Class crossover, and CLA-Class coupe and shooting brake. A seventh vehicle built on the new MFA platform is anticipated in the form of a GLB-Class small SUV.