Here it is, the Mini John Cooper Works GP, aka ‘the fastest Mini ever approved for road use.’

With its 225kW turbocharged four-cylinder engine, it’s as powerful as BMW’s new 1 Series-topping M135i, putting it 55kW clear of the next-fastest Mini hatch, the Mini JCW. 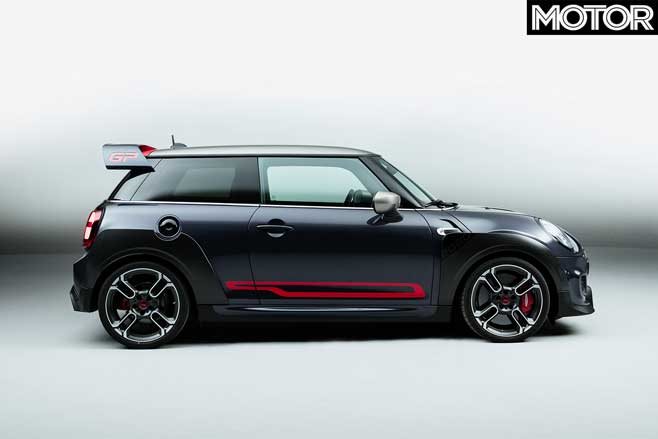 Mini claims a 5.2 second sprint to 100km/h, helped along by 450Nm of torque and a mechanical differential between the front wheels. An 8-speed Steptronic gearbox helps keep the engine in the right power band, with peak power between 5000 and 6250rpm, and maximum torque occupying the lower half of the rev range between 1750 and 4500rpm.

The engine’s oil supply and cooling is specific to the GP, with an increased-volume sump to ensure there’s always oil available to the engine.

Also model-specific is the exhaust system, which mini says is designed to produce an “emotionally powerful sound.” Low back-pressure in the system is said to create a tone which was “inspired by motor racing,” while a particulate filter within the exhaust means the GP meets the necessary European emissions standards. 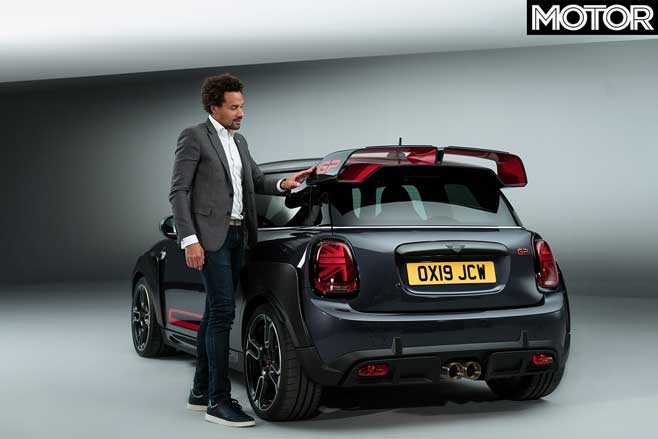 In fact, so much of the John Cooper Works GP is bespoke, the phrase ‘model-specific’ appears 24 times in the press pack released by Mini.

Thanks to Nürburgring testing, the GP also sports a racing-inspired suspension setup that creates “a whole new dimension of the characteristic go-kart feeling.” 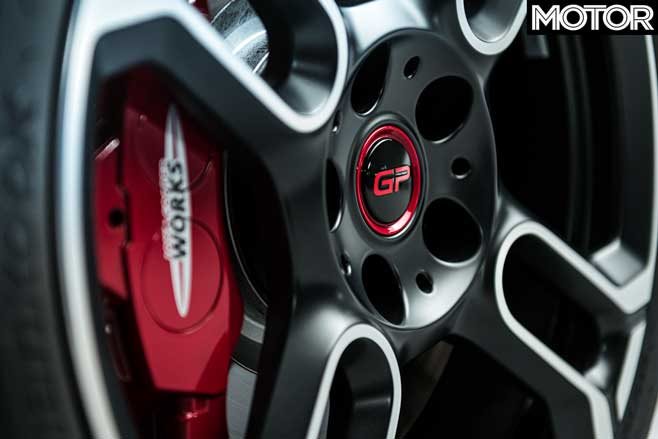 That testing also showed that the John Cooper Works GP is capable of a sub-8 minute lap around the Green Hell, a massive improvement over the last GP’s 8 minutes and 23 seconds.

Here in Australia it'll be available for $63,900 excluding on-roads with Mini Australia stating most of its 'small number' of allocated cars have been spoken for with pre-orders. 3000 units of the GP are to be available worldwide. 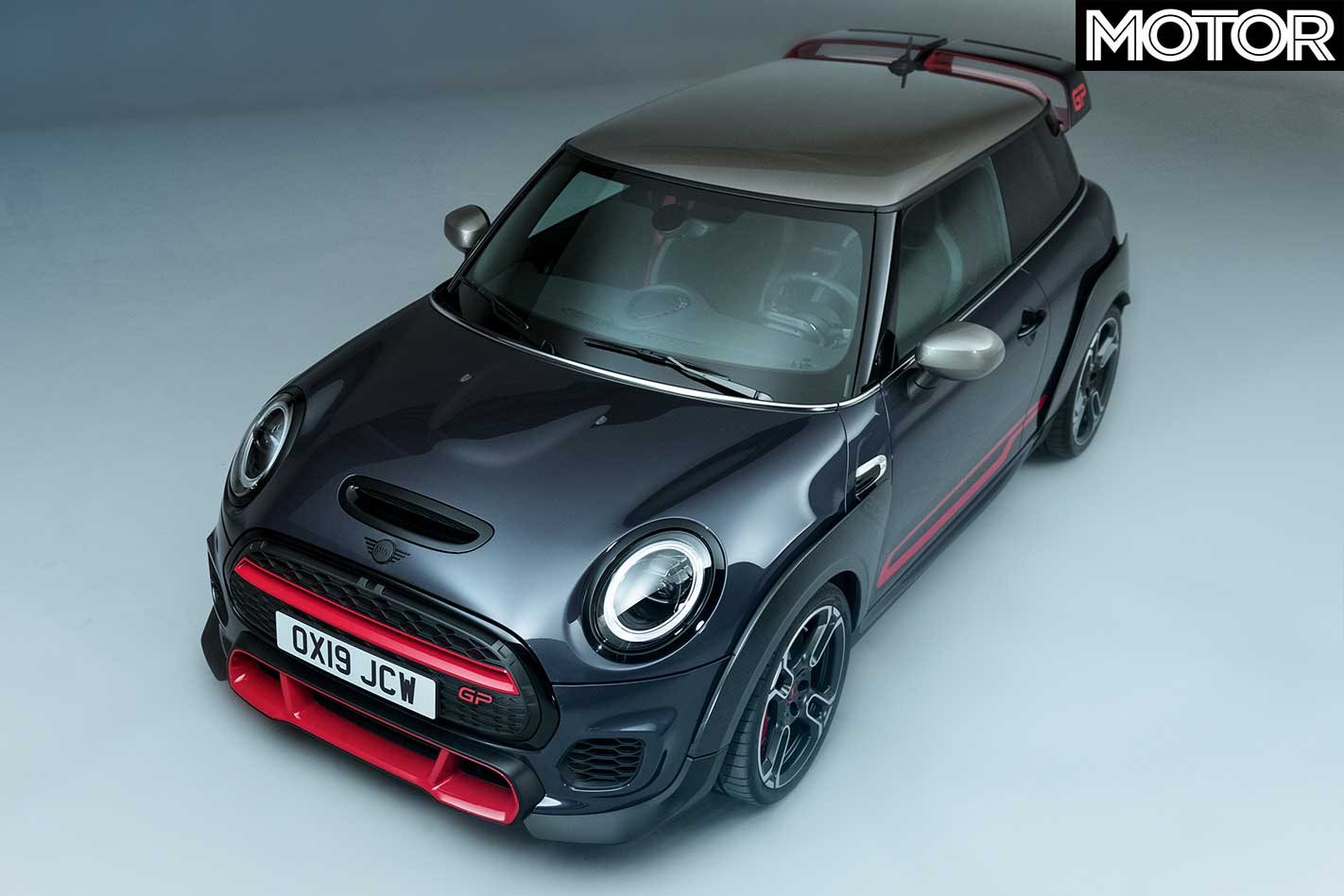 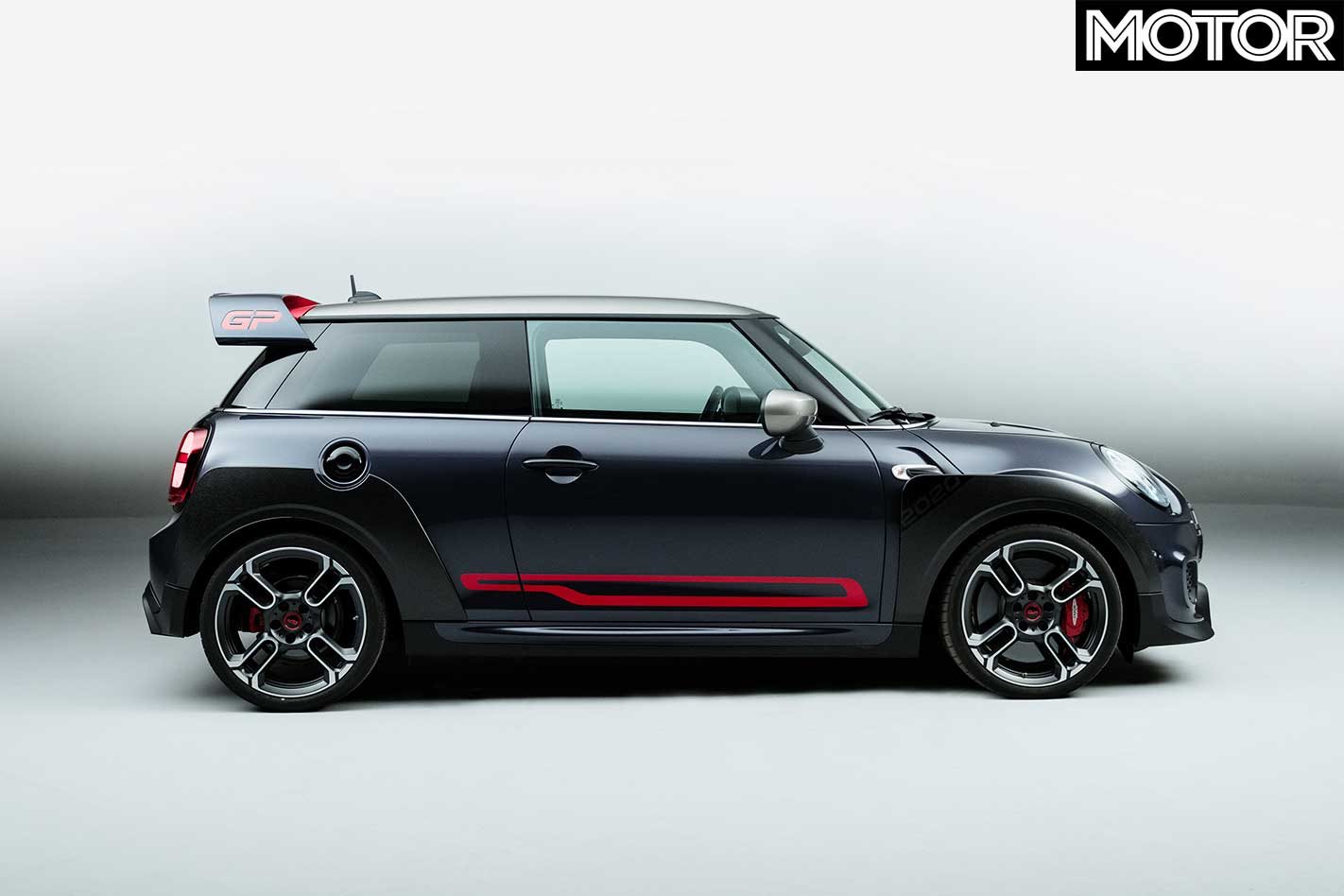 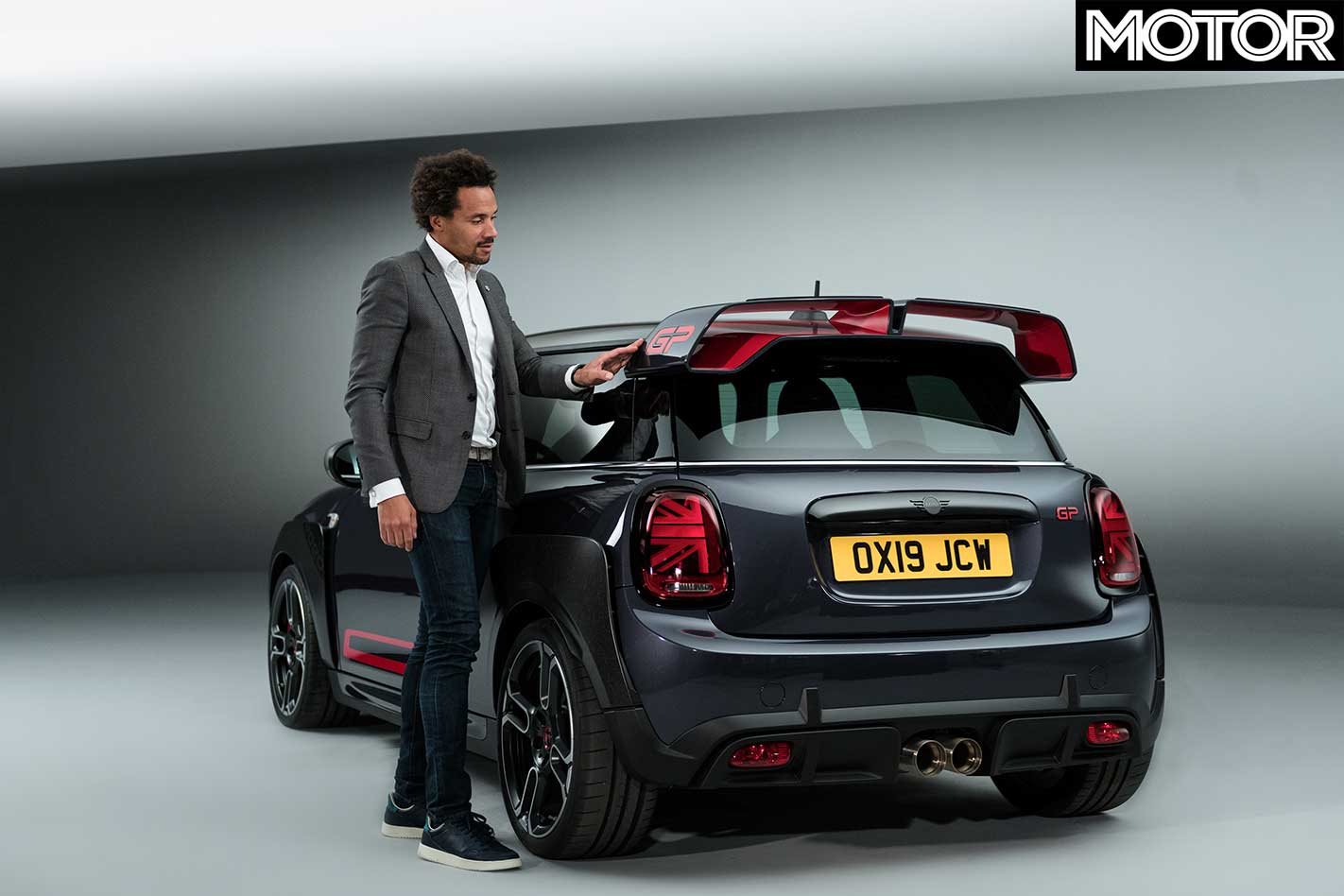 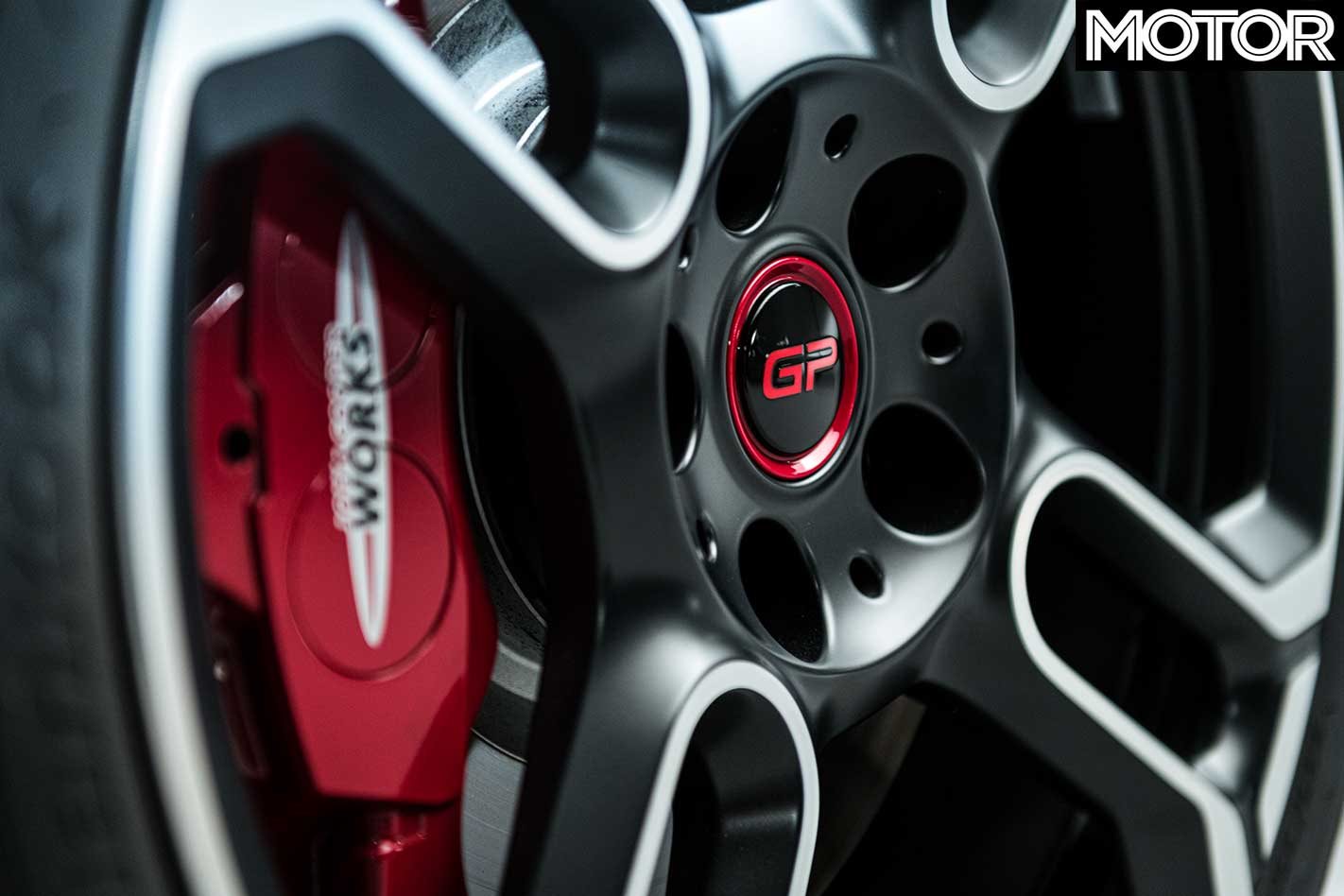 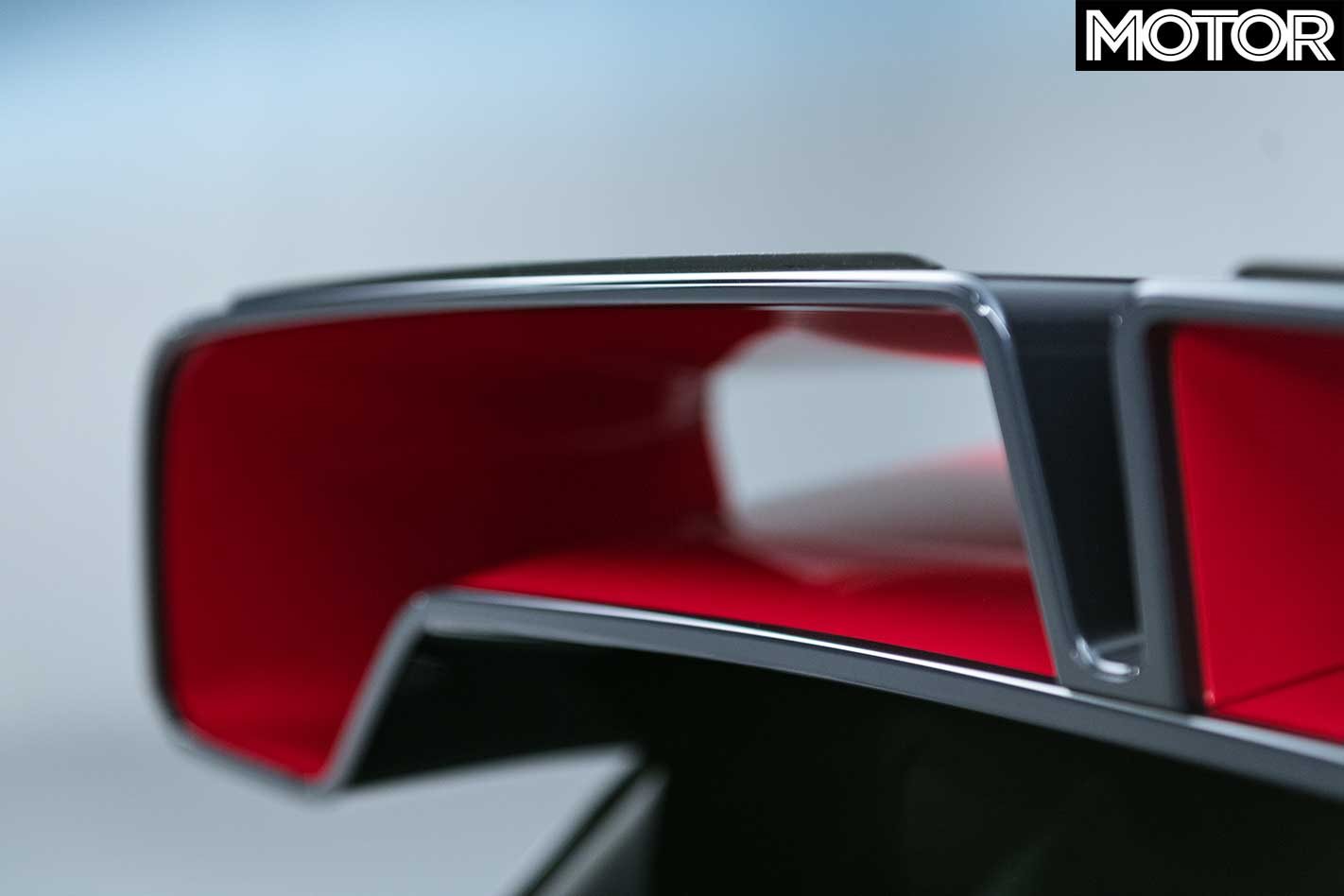 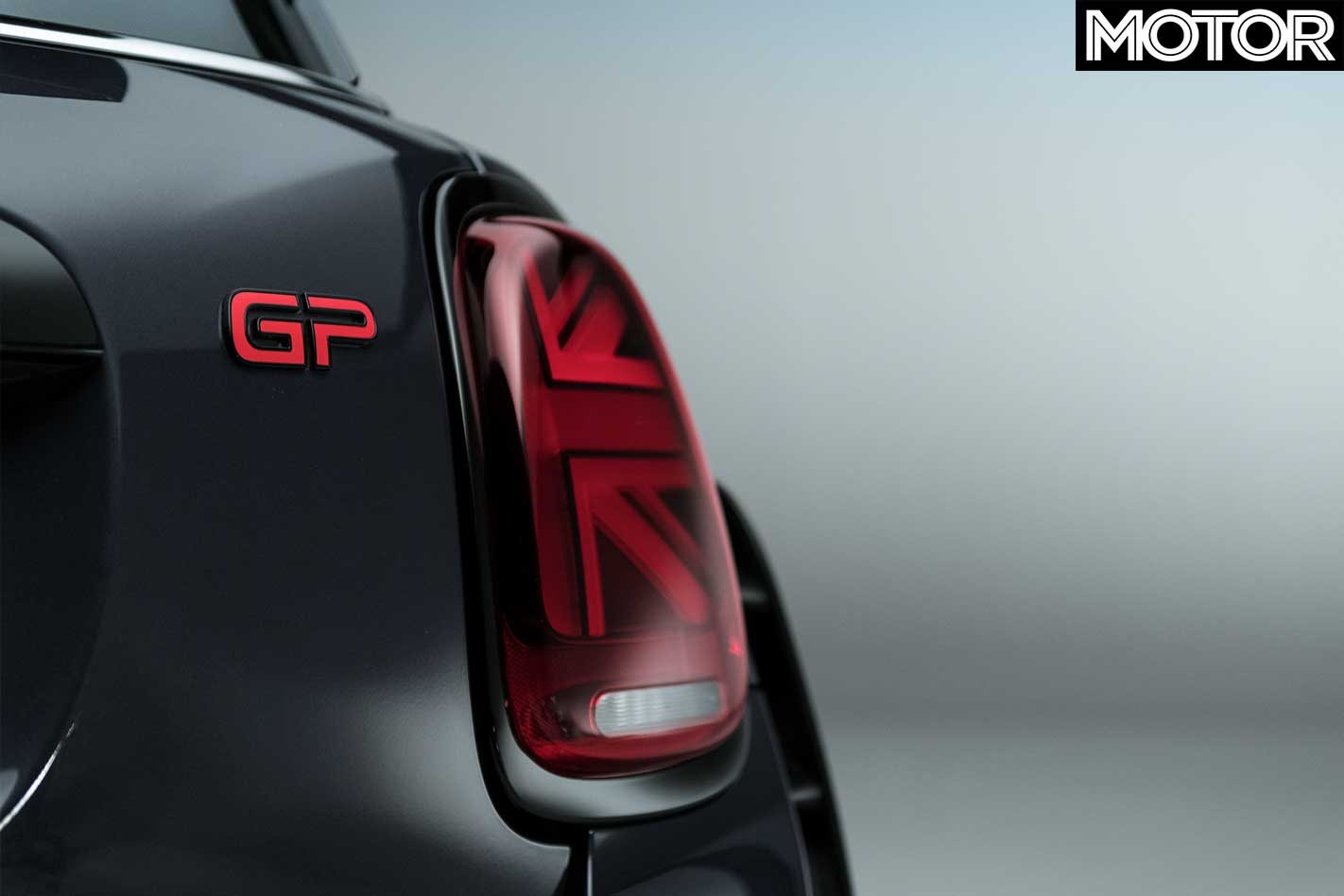