Australian motorsport legend and Supercars team co-owner Dick Johnson will take the wheel of the 2019 Ford Mustang Supercar at the Adelaide 500 during demonstration laps.

This means five-time Australian Touring Cars champion Johnson will be the first to score track time in the Mustang Supercar at an official race meeting. 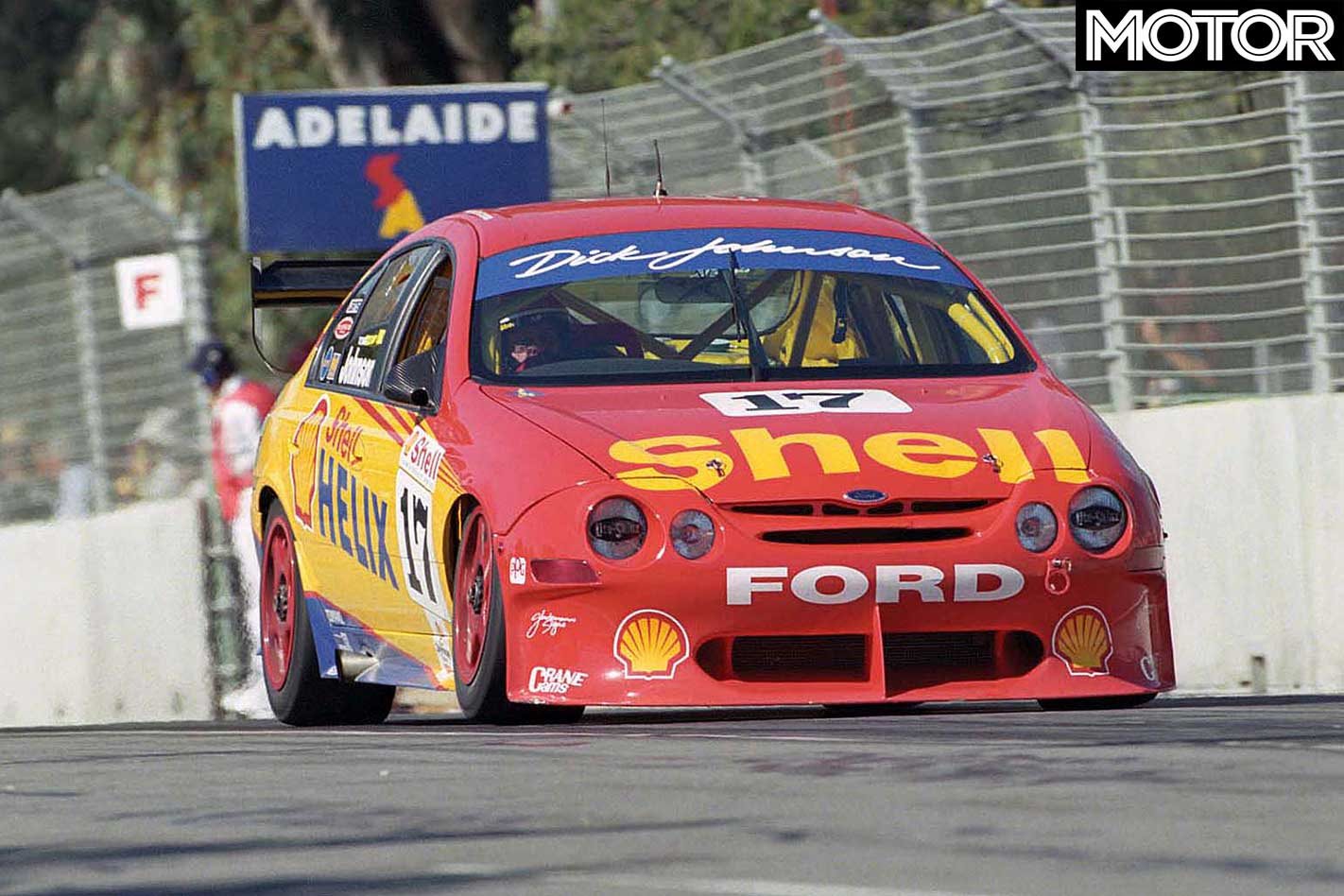 Also driving during demonstration laps at the 500 will be back-to-back 2003 and ’04 Supercars champion Marcos Ambrose, as well as reigning champ Scott McLaughlin.

Ford Australia CEO Kay Hart says Johnson, who drove a Greens-Tuf ‘Foxbody’ Mustang in the ’80s, deserves the drive as “a tribute to Dick’s long-standing contribution to the sport.”

The DJR Team Penske co-owner says he’s very much looking forward to getting onto the track at Adelaide. 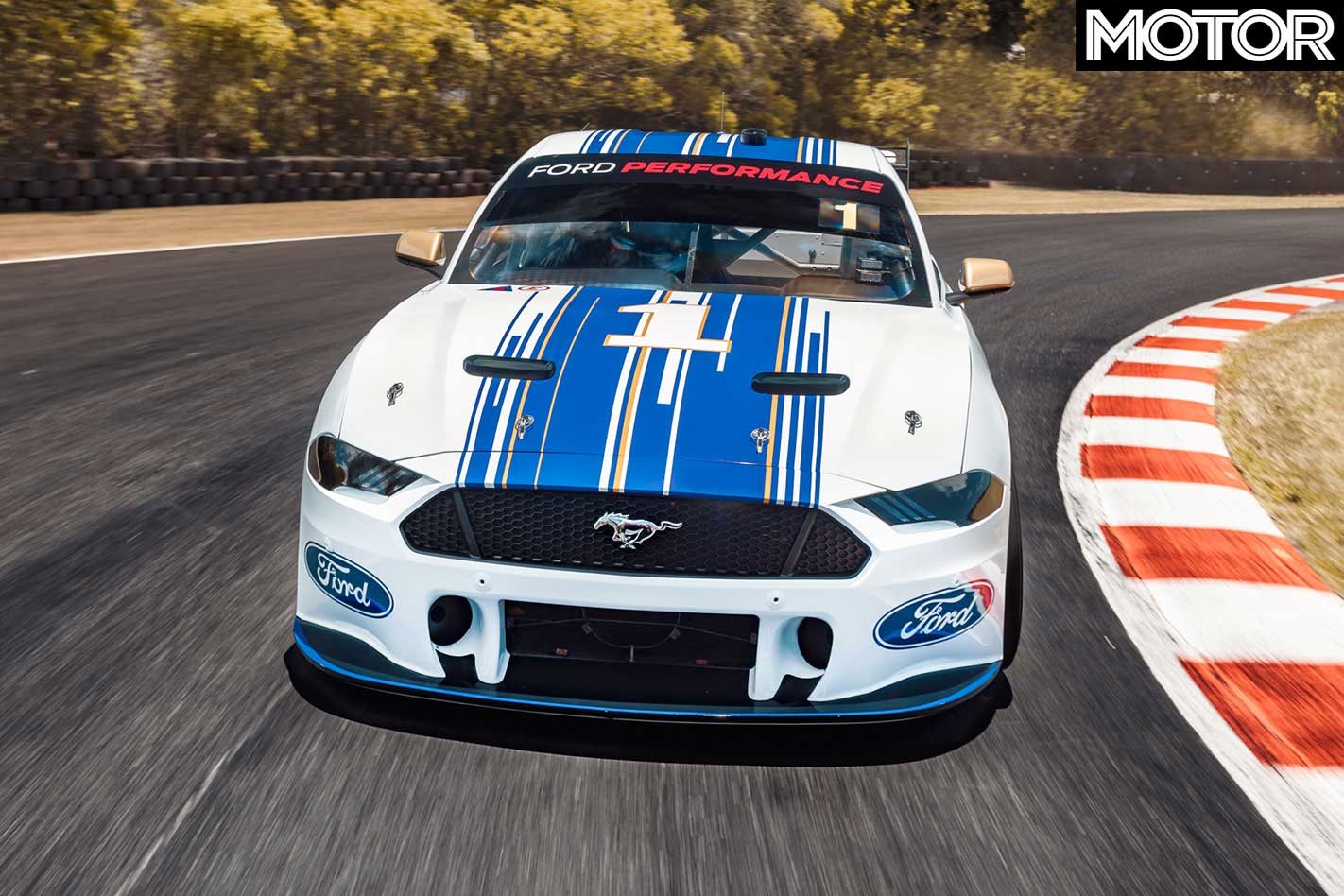 “When I was approached with the concept, the first thing I asked was, ‘What’s the lap record?’” the three-time Bathurst winner says.

“It has been a long time since I’ve been behind the wheel of a full-spec Supercar, and to get the chance to drive the new Mustang is something I’m very much looking forward to.

“Doing it alongside Marcos and Scott is just icing on the cake.”

Marcos Ambrose will fittingly be behind the wheel of a NASCAR Mustang, as he was the first Australian to have won a NASCAR Cup Series race. 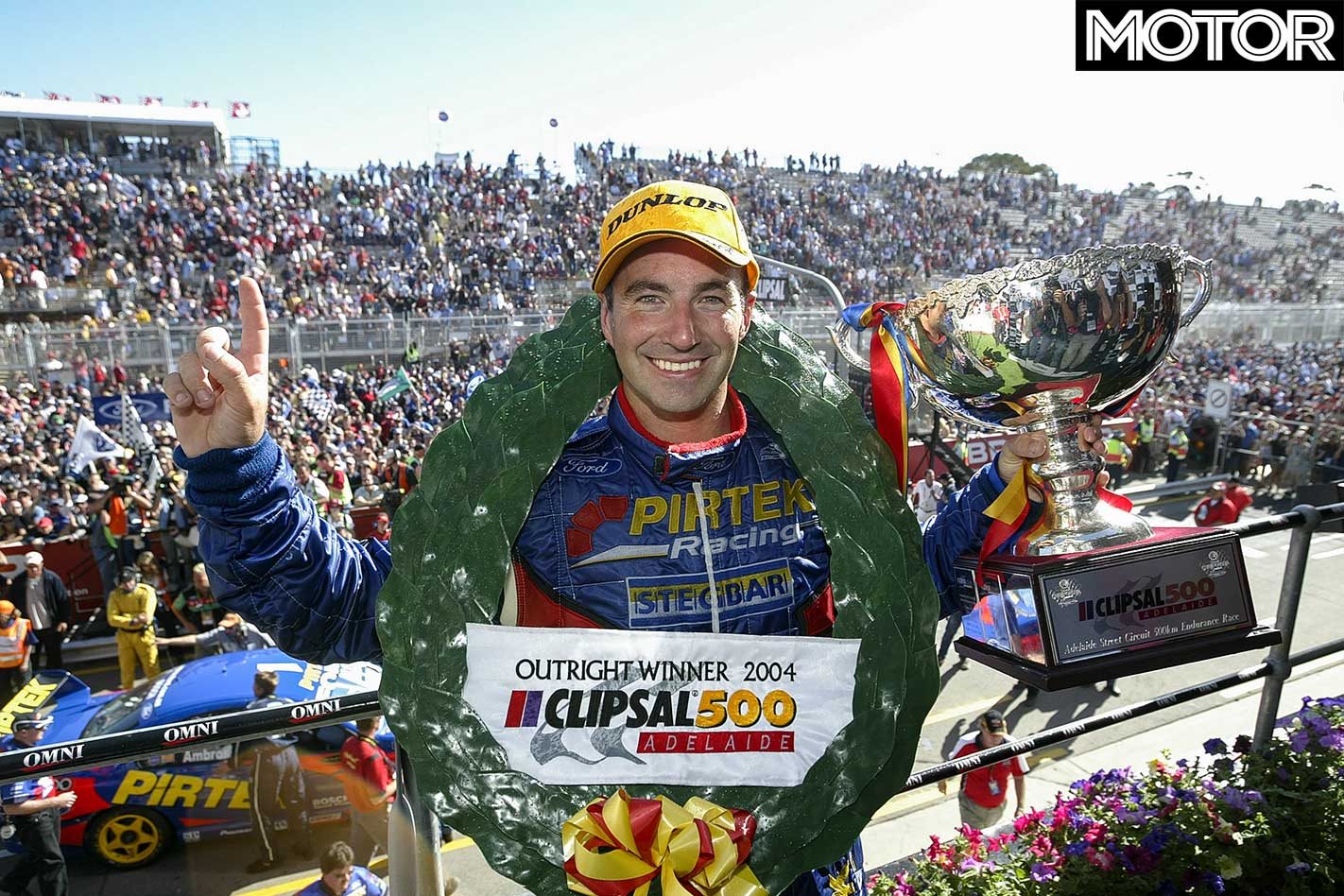 Picture: Marcos Ambrose on the podium in Adelaide, 2004

“DJ and I have been out of the game for a while, but I have a feeling the red mist will descend when we pull the helmets on,” Ambrose says.

“Doing it in a NASCAR is going to be completely different for me, but I’m really looking forward to it.”

2018 Supercars victor and DJR Penske driver McLaughlin says he’s just excited to get out and drive with two motorsport heroes, even if he’s not in a race car.

“To share track time with not only Dick, but with a legend like Marcos who I watched as a kid, is hair on the back of your neck stuff,” says McLaughlin.

The Adelaide 500 commences on February 28, with the Mustang demonstration serving as a support event to the races.