It’s almost blast-off time for Red Bull Racing’s Daniel Ricciardo, but there’s a lot on his plate. Wheels sits down with the honey badger…

THIS year is crucial for Australian Formula 1 driver Daniel Ricciardo. It’s the year in which he can establish his position in the upper echelon of the sport, beyond the heavily populated second tier.

Make no mistake, Daniel Ricciardo is an extremely competent racer. You need only to look back at any of his five wins, or fightback drives, last year to see him in top form, elbows out, scything past his rivals. His pole position in Monaco 2016 was a razor-sharp lap that Ayrton Senna himself would’ve applauded. And that’s a big call.

But Ricciardo heads into the new season needing to reassert himself at his Red Bull Racing team after being somewhat outshone by his prodigious teammate, Max Verstappen, who’s already been dubbed the driver of his generation, and races F1 cars like he stole them. 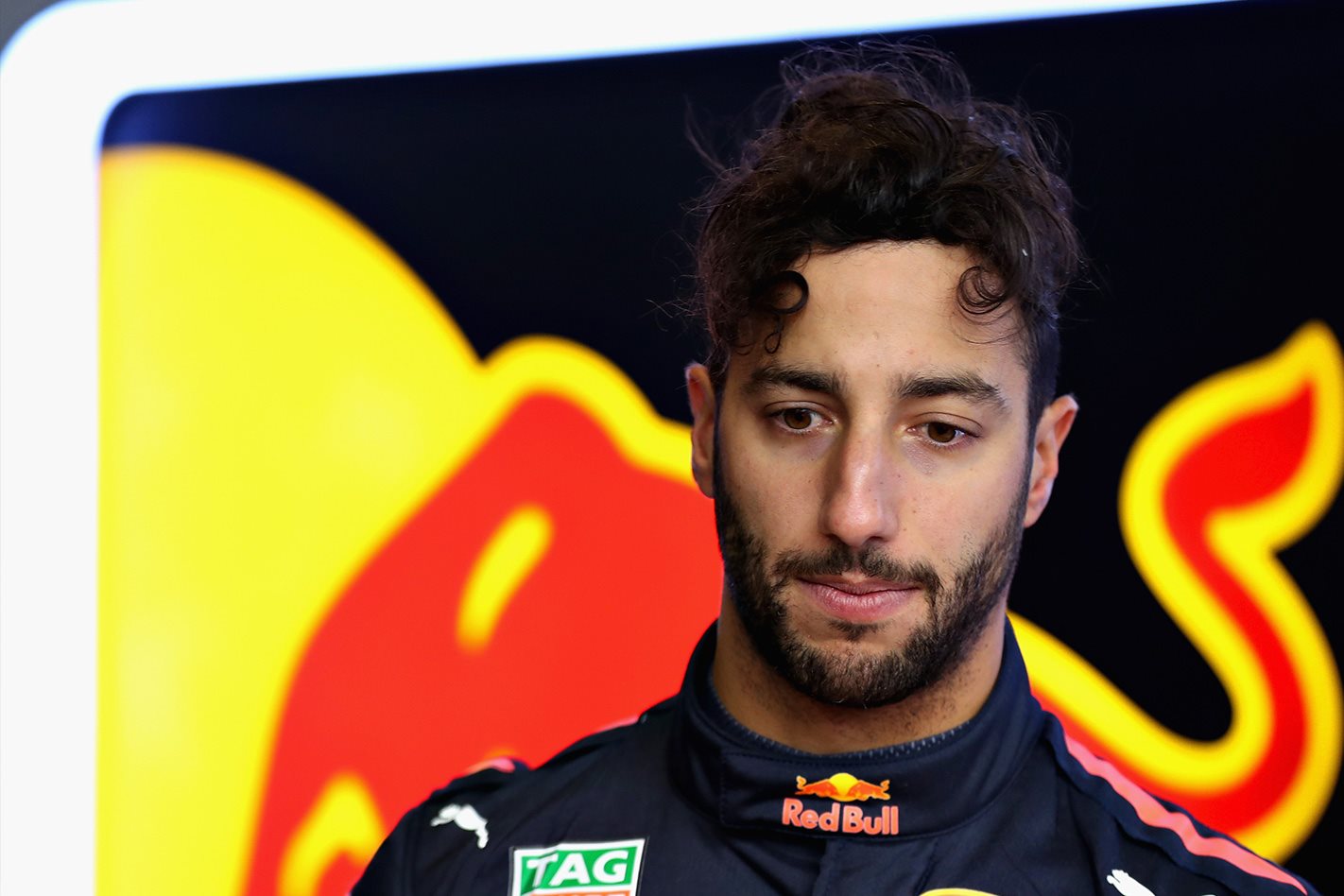 Last year, Ricciardo finished ahead of the Dutchman in the drivers’ standings – 32 points clear, but was outqualified 13-7 and then outraced 5-2 in the events where they could be compared. Verstappen was also offered a tasty contract extension until the end of the 2020 season, said to be worth upwards of $30 million annually.

And while the team want Ricciardo to put pen to paper as well, the Perth-born lad is a free agent at the end of the year for the first time in his F1 career, so a strong 2018 showing against Verstappen is not only key to his value in an extension but options elsewhere (read: Mercedes) if he really delivers.

“I guess there are no more unknowns and I’m kind of looking forward to that,” says Ricciardo.

“I think for both of us, each time one of us beats each other, it’s seen as a very credible result and weekend. Because, when we’re both on, we’re on and it’s exciting. I think the more [Max] spends in F1, the more he’ll be on and I feel now with my experience and where I’m at I’ll be as well.” 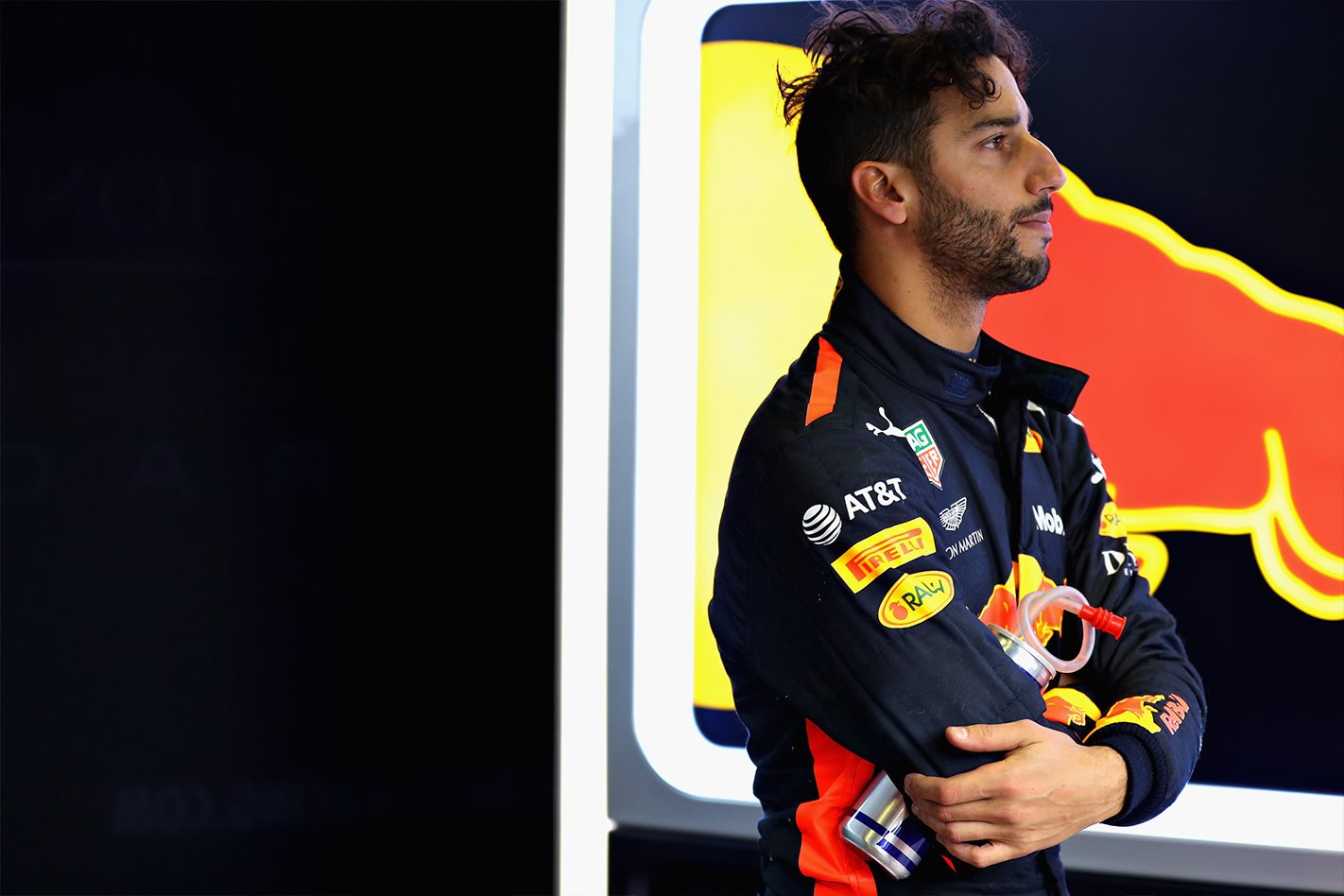 Ricciardo, though, is also relishing the chance to assess his future.

“I’m obviously confident in my stock,” he says.

“But, it’s not something you want to take for granted, because you could end up with nothing very quickly. I feel I’m one of the top drivers on the grid – but I’m not the only driver on the grid.

“There’s still always going to be drivers coming up. So I know it’s important, and people only remember your last race, unfortunately, so it’s important to start the season strong and keep the stock high. 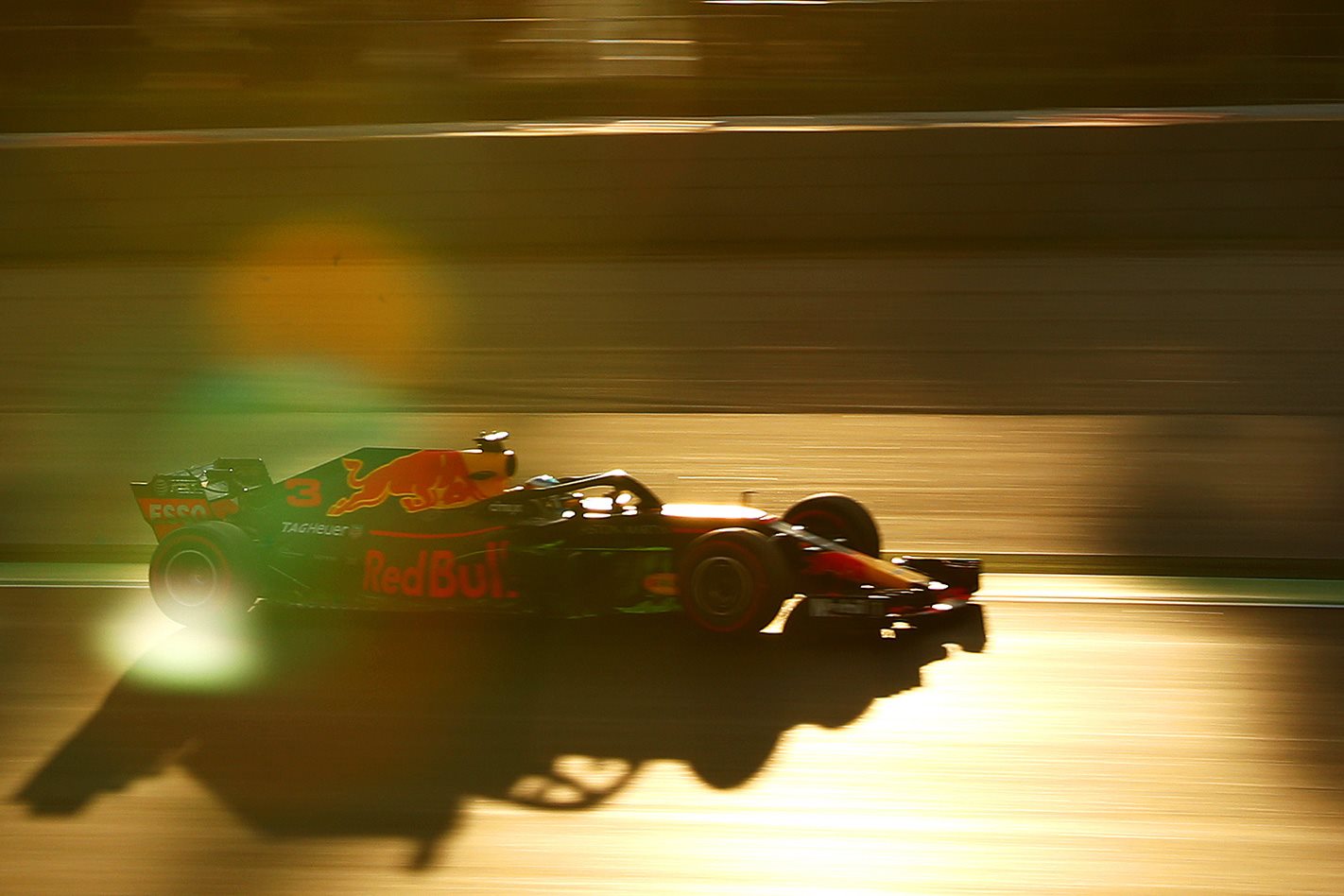 “But it’s an important time in my career and it’s an exciting one, so my objective is really just to show up prepared in Melbourne, and then I believe that I’ll start the season on the front foot and then that will help out my course.”

And that course should be a positive one, with Red Bull Racing hell-bent on ending its tradition of slow season starts.

Ricciardo made the best of last year’s windtunnel correlation issue that hobbled the squad’s season early on, taking nine podiums, including a win in Azerbaijan – his pass on both Williams cars and Renault’s Nico Hülkenberg at the safety car restart voted by fans as the overtake of the year.

“I think the racecraft and the kind of conviction with my racing and the moves and everything I was doing was at the level I want it,” says Ricciardo. 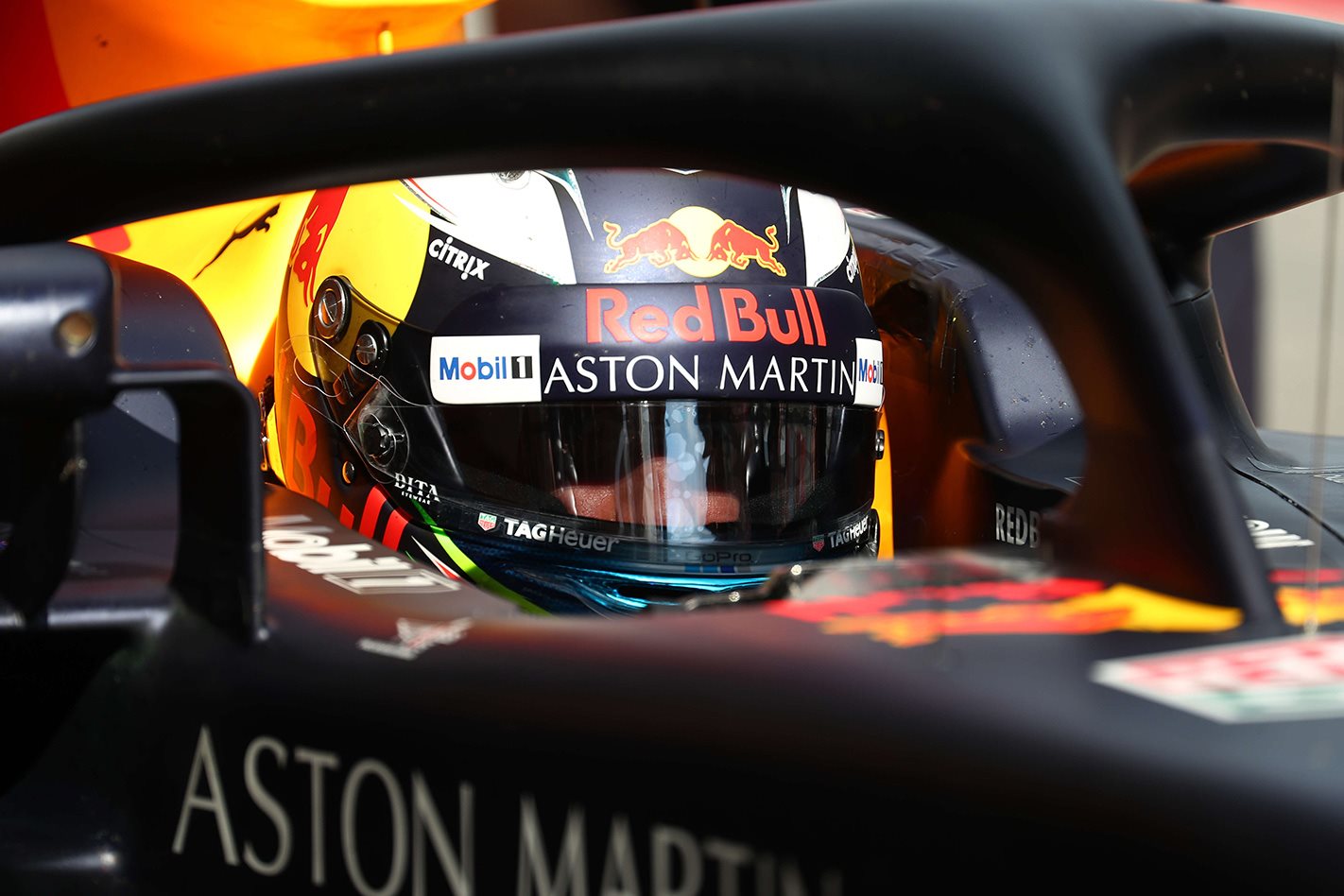 “It’s the level I’ve had for the last few years and I’ve been certainly able to keep that, if not improve it so it’s nice that gets recognised. It’s the way I want to go about my racing.

“Obviously it’s more fun as well when you create good headlines like that. But it certainly feels good leaving it all out there and not flying home on a Sunday with your head down thinking what could have been.”

The one that got away was Singapore, a gearbox oil pressure issue costing him half a second a lap and leaving him with an eventual second place finish behind race winner Lewis Hamilton at the milestone 10th edition of the event.

And while fans were treated to a thrilling spectacle, including a first-ever wet start, multi-million dollar Turn 1 crash and an entertainment line-up full of headline acts, Ricciardo left the Marina Bay Street Circuit frustrated, stating “I can’t win the bloody thing!” 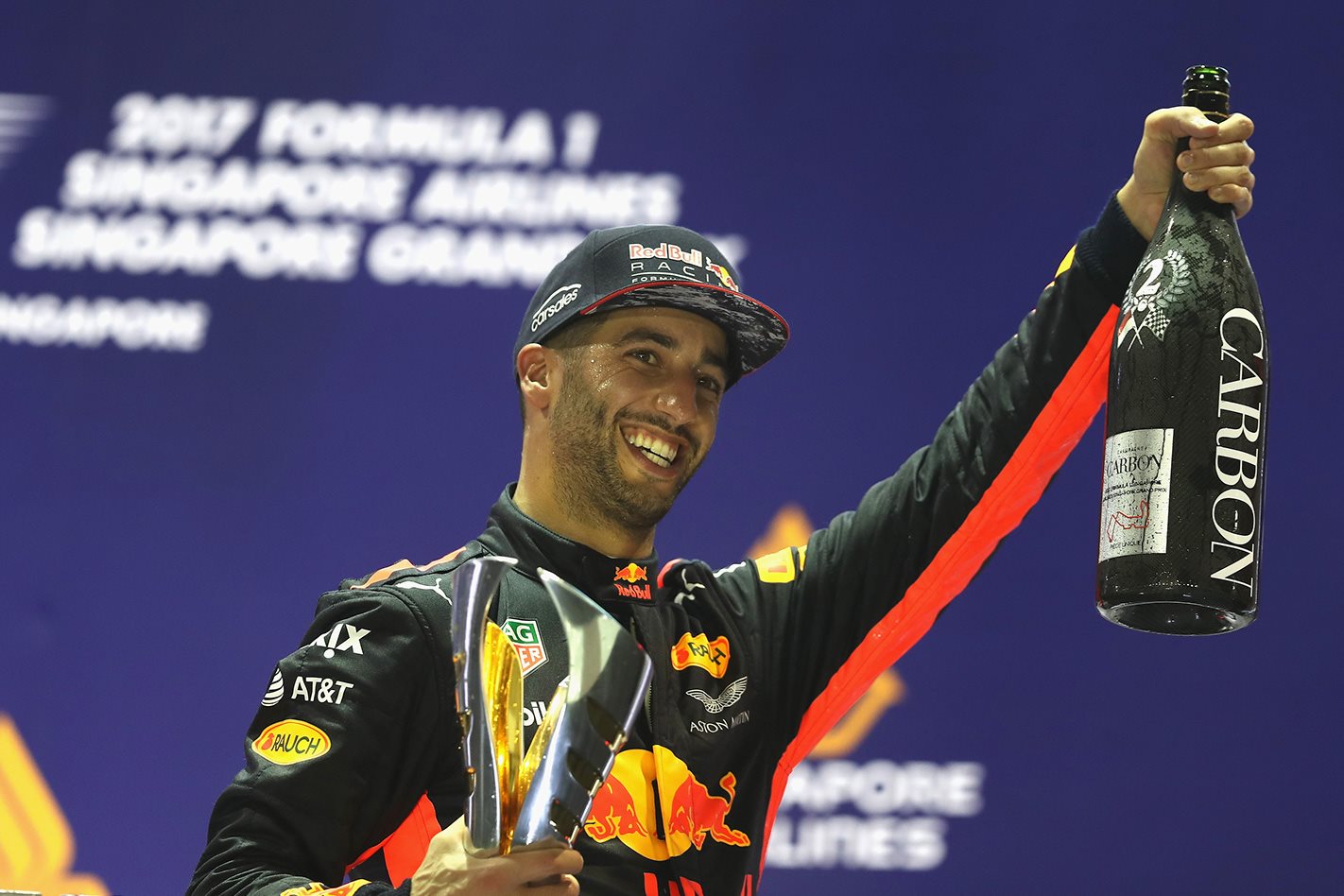 “Obviously second is not a bad result,” said Ricciardo, with the podium at the fan-favourite event his fourth-straight in Singapore since 2014.

“But I wasn’t actually that happy with my race. I think I do have it in me to win around there but I’ll have to wait another seven or so months so I can finally get my victory. It’s like Monaco [2016] as I felt that should have been mine a couple of years back.”

For now, he’s got a machine to work with, Ricciardo’s RB14 setting the fourth-fastest time across eight days of pre-season testing – behind both Ferraris and McLaren’s Fernando Alonso. The pecking order now likely to be Mercedes; followed by the Scuderia and Red Bull Racing.

"We're certainly more ready than we were last year – and probably every year before that since I've been with the team," Ricciardo said.

"We did a lot of laps, I think the pace of the car is not bad – we still have some things to improve, [but] it's normal.”

The world’s most glamorous sport returns to Melbourne, Australia on March 25, for another thrilling year of high-octane wheel-to-wheel action, the grid blasting off for the first of 21 races, the equal longest season in history.

But, the fight for the world championship really heats up when the teams return to Asia Pacific in September, touching down for the 11th edition of the Formula 1 Singapore Grand Prix, the sport’s original night race, this 14 to 16 September.

A fan favourite for a decade, Singapore has it all with Formula 1 and other exotic machinery racing through Marina Bay at up to 320km/h. While off-track, there’s a lot to see and do – with interactive family activities, parties galore and some of the world’s biggest music acts performing live on stage. 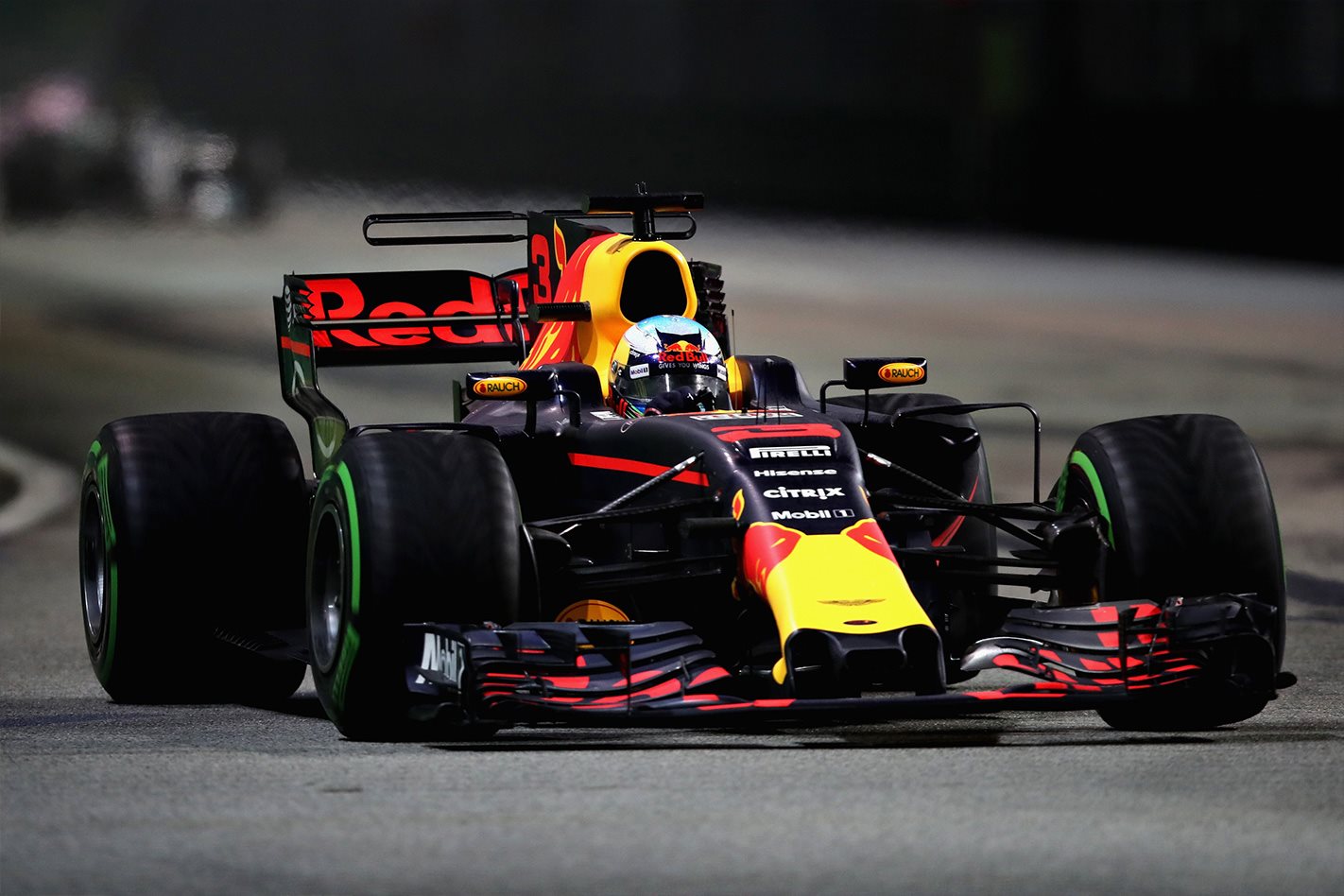 Ferrari’s Sebastian Vettel remains the most successful driver in Singapore, with four wins. But it’s also a great circuit for Ricciardo, who finished second in 2017. Can he go one better this year?

The more than 250,000 spectators attending every year can’t be wrong, with the event a perfect combination of balmy nights, racing under lights, trackside parties and a wide variety of top international artists performing live on stage.

It’s also easy to do on any budget with single-day walkabout tickets starting from about A$120. Early bird prices are available at www.singaporegp.sg and authorised ticket agents until May 8th, and there’s plenty of affordable accommodation, both in and around the city.