Formula 1 has revealed the track layout for the newly announced Vietnam GP, to be held in 2020.

The 5.565km track will be a street circuit in the city of Hanoi, with 22 turns and numerous straights.

To illustrate the layout of the track, Formula 1 has mocked up the intro to the race in a similar fashion it expects will occur in April 2020.

It's a fair old wait until April 2020 for the first ever #VietnamGP...

So, to whet your appetite, we've created the opening titles for the race! 📺@TomClarksonF1 has the mic - here's an introduction to Hanoi 🇻🇳 pic.twitter.com/K17oAP9PDf

The longest straight, measuring around 1.5km, is expected to have a trap speed of 335km/h.

Several sections of the track also draw inspiration from other world tracks, with Monaco’s first couple of turns being emulated between turns 12-15, and the start of the Hanoi track being based on the opening turns of the Nürburgring.

Chairman and chief executive for Formula 1 Chase Carey says, “we are delighted to announce that Hanoi will host a Formula 1 Grand Prix. 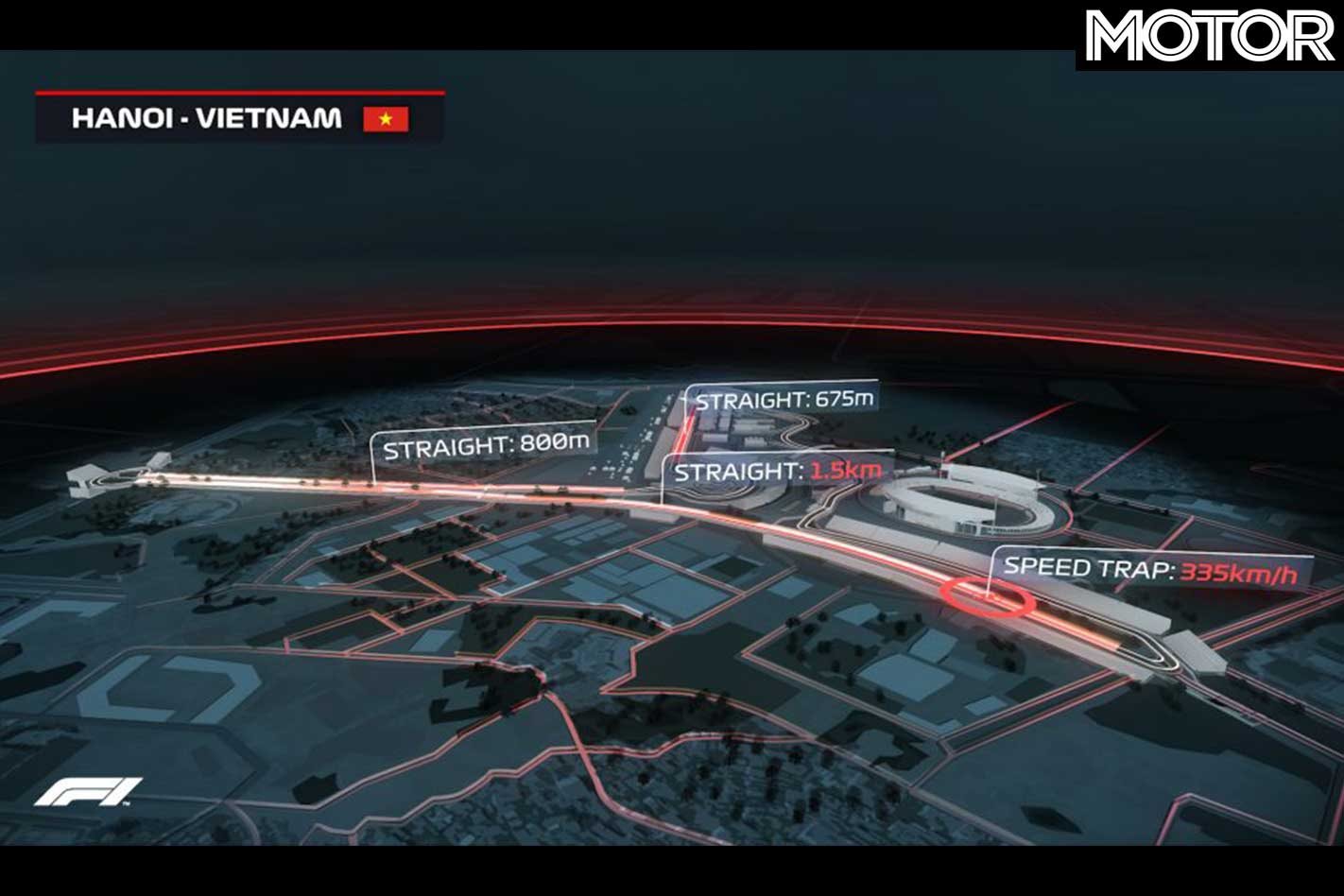 “Since [Liberty Media] became involved in this sport in 2017, we have talked about developing new destination cities to broaden the appeal of Formula 1 and the Vietnamese Grand Prix is a realisation of that ambition.

“This is the perfect formula for Grand Prix racing and I look forward to this becoming a real highlight of the F1 calendar.

"Our Motorsport team, working in collaboration with the City of Hanoi and promoter Vingroup, has worked to enable a circuit that will not only test the drivers but also ensure that our fans enjoy the racing spectacle.

“We are really looking forward to seeing Formula 1 cars speeding around the streets of this fantastic city from 2020.”