The saviours of Formula 1

Meet the men tasked with bringing Formula 1 into the digital age. One is well-known to racing fans, while the others... well, the others are American. Here's their plan.

THE ringmaster is gone. After four decades as the seemingly immovable, omnipresent overlord of the Formula 1 circus, Bernie Ecclestone’s ruthless rulership has finally been ended in the kind of bloodless coup he was renowned for orchestrating.

First published in the April 2017 issue of Wheels Magazine, Australia’s most experienced and most trusted car magazine since 1953.

Overtaking the octogenarian at the front of F1’s executive grid is an Anglo-American management triumvirate – hired by new owners Liberty Media to maximise its latest, $8 billion acquisition by reinvigorating the sport and reversing waning audience numbers.

In plain English that means the trio’s real task is to drag Formula 1 kicking and screaming into the 21st century. One of them, Ross Brawn, is well-known to motorsport fans. The others? Well, the others are American businessmen.

But don’t fret that Formula 1 is headed for a diet of Big Macs and crappy comb-overs. For all their faults, Americans know how to do sport. Basketball games are more like concerts and involve fireworks and staff who race around and shoot you with shirt cannons. And then there’s NASCAR, which, despite racing on boring, circular tracks, regularly attracts crowds of 100,000 plus. F1’s new leaders are already talking sense about new TV deals, online streaming, greater fan interaction and simplified, less convoluted rules to promote harder and closer racing. This could be the change that Formula 1 needs.

Meanwhile, a far more familiar face for fans is responsible for greater entertainment on it – and occupying the newly christened title of managing director, motorsport. Ross Brawn is one of F1’s most successful and respected technical figures, having helped mastermind each of Michael Schumacher’s record seven drivers’ titles with Benetton and Ferrari, adding a constructors’ title with his eponymous team in 2009 for good measure. 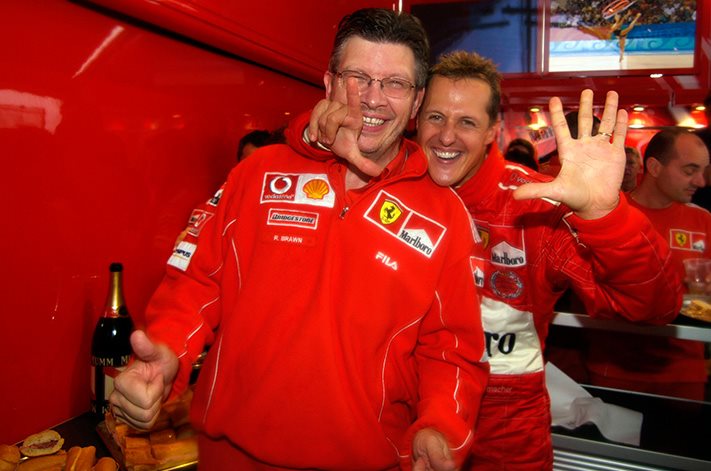 The new-look Formula 1 Group is being cautious as to how much it reveals about its broader plans, but its parent company is acutely aware that F1’s global audience shrank by a third between 2008 and 2015, stabilising at 400 million for 2016.

The decline coincided with the start of the global financial crisis but is largely attributable to the widespread switch from free-to-air television to lucrative pay-TV arrangements.
It’s obvious that Liberty Media intends to more than just maintain F1’s claim to the title of world’s most watched annual sport, by radically altering how people view a spectacle that has failed to embrace social media.

“The TV world is just a part of a much larger digital universe,” says Carey. “We want to use all the [digital] platforms and technologies available to create a richer experience for the fans, and let them connect on multiple devices in different ways. 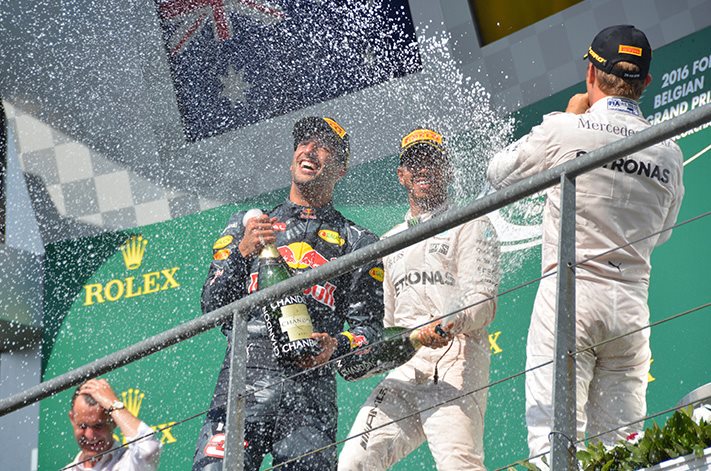 Carey says F1 can’t ignore the fact that people are increasingly accessing digital content that gives them “what you want, where you want, when you want.”

Live streaming of race weekends on devices seems a near-certainty, while the sport’s new controllers clearly envision a future in which fans access additional information on a tablet or smartphone while watching the corresponding action on TV.

Varying levels of accessible information on devices and apps would cater to both the more casual viewers and hardcore fans, with the sport’s most obsessive followers likely to pay extra for the privilege of deeper and richer technical detail.

Brawn says the vast amounts of track and car telemetry could be a wealthy source of information that transfers from pitwall monitor to TV.

“On the pitwall, we always knew where every car was, what it was doing, how it was doing with its tyres, and where it was on pitstops. But that information isn’t necessarily apparent to all the viewers. I believe we can put layers of information in our [broadcast] which will enable the more enthusiastic fan to get deeper in and see what’s there if they want to search for it,” he says. 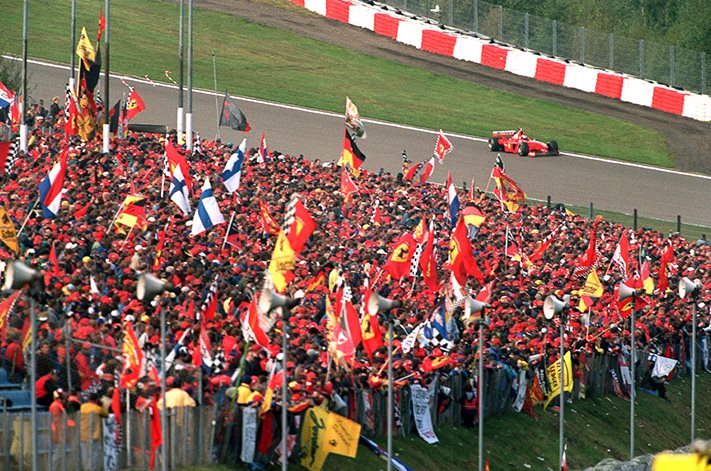 That information could comprise weather forecasts, track temperatures and positional gaps between cars/drivers, though teams would almost certainly object to the release of detailed telemetry relating to race strategy – such as fuel levels or tyre wear.

Virtual reality technology is also being considered, which Carey says has the potential to give viewers the POV of Lewis Hamilton while he’s racing in Monaco.
Bratches says improved real-life access to drivers could be possible with the expanded grand prix events – which would be a welcome change for a motorsport often accused of elitism compared with more fan-inclusive series such as IndyCar and MotoGP.

“These are world-class athletes there to perform and to win for themselves, their teams and their sponsors, so there needs to be boundaries at the circuits in terms of their interaction. But outside that, they are the face of the sport, and we plan on aggressively celebrating and amplifying their personalities to engage fans and continue to reinforce the Formula 1 brand,” he says.

Bratches assures that nurturing the F1 brand also means preserving historical races such as Silverstone and Monza, but doesn’t mean an end to some of the more characterless tracks in less traditional territories that are richly financed but poorly attended. 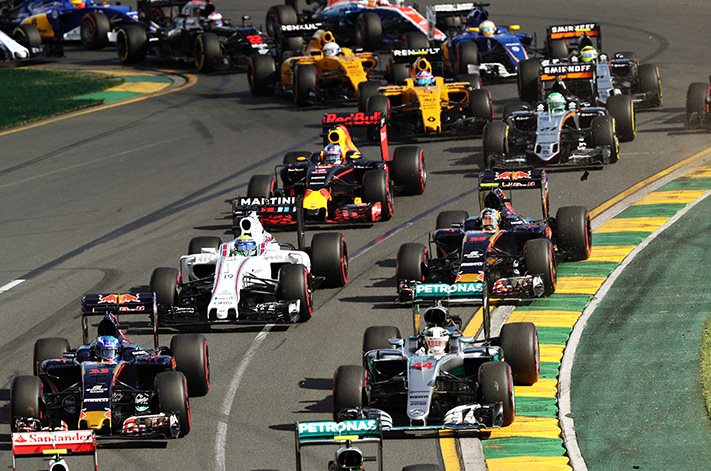 “Our [race] promoters are a vital part of the Formula 1 ecosphere and an area we’d like to see strengthened in core markets, such as Europe, and expanded where we believe is our growth market, such as the United States. We want to align that side of the business and identify markets that would support the overall growth of Formula 1 and be in proximity of incumbent fans and future fans alike,” he says.

Carey describes the Western Europe races as the foundation of the sport, though also cautions that many of the events “feel a little bit too much like they were 15 years ago”.
While burgers and fries aren’t about to be served in F1’s exclusive Paddock Club, or F1 races divided into quarters to cater to limited attention spans, Carey believes American football’s famous annual extravaganza is a good model for the potential to expand grand prix weekends.

“You don’t need gimmicks… but we’ve got to make these [grand prix] events bigger and broader than they are today and develop new ways to engage fans. We’ve got to make the sport part of a rich and multi-dimensional experience that has things going on all around the track for all ages and families.” 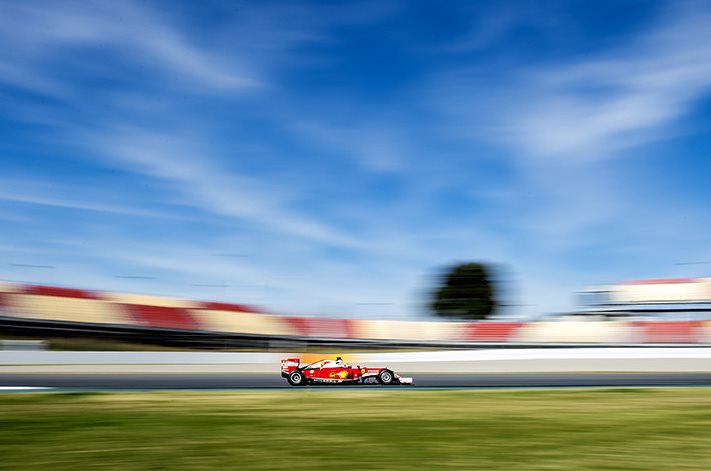 While steep ticket prices are not necessarily going to be lowered, longer grand prix events would provide fans with better bang for their buck. It also offers race promoters greater opportunity to recoup a hosting fee said to cost about $39m.

Liberty Media acknowledges that it has inherited a sport with no shortage of criticisms, and a sport already desperate to improve action on the track with the most drastic regulation changes in years.

Wider, longer and lower F1 cars for 2017 are designed to look more aggressive and predicted to be three to five seconds a lap quicker than last year’s cars. Slower-wearing Pirelli tyres should allow drivers to race flat out for longer periods.

The rear-wing-adjusting drag reduction system (DRS) remains in place to assist, though Brawn wants to remove it as he targets racing battles that are exciting and not artificially enhanced.

“Overtaking is about quality not quantity. The overtakes that happen now are all sort of DRS assisted … They’re not as exciting as they could be. But we drove ourselves into a corner in respect to the cars we have, and we had to Band-Aid it. I think that we could get ourselves out of that and come back with some good solutions.”

Brawn will need all his famous tactical nous as he tries to shape the future of the sport with the approval of the teams and the governing body, the FIA. 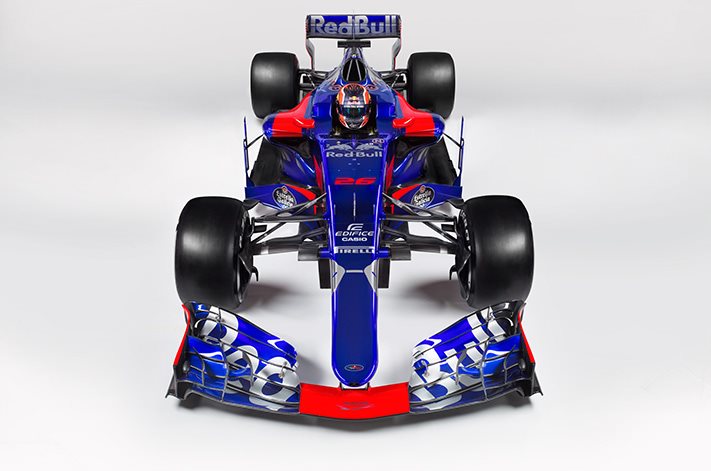 He should find an ally in FIA president Jean Todt, with whom he shared Ferrari’s spectacular success between 1999 and 2006, though the teams have a reputation for putting self-interest ahead of the good of the sport.

Even Ecclestone found himself frustrated in recent years by the increasing influence of the manufacturer giants such as Mercedes and long-term powerhouse Ferrari, which possesses a right of veto over any changes to the sporting or technical regulations.

This was most recently exercised in 2015, when it opposed a proposed reduction in the cost of customer engines. Only a year earlier, two F1 teams – Caterham and Marussia – had spun off into administration. Manor followed at the start of this year.

Brawn says it will take time to get the sport “back to a better place”, including the creation of an economic climate that will attract new teams rather than lose them. “We have to set a vision of where we want the sport to be in a point in the future, and realistically you’ve got to set that three to five years ahead,” he says. 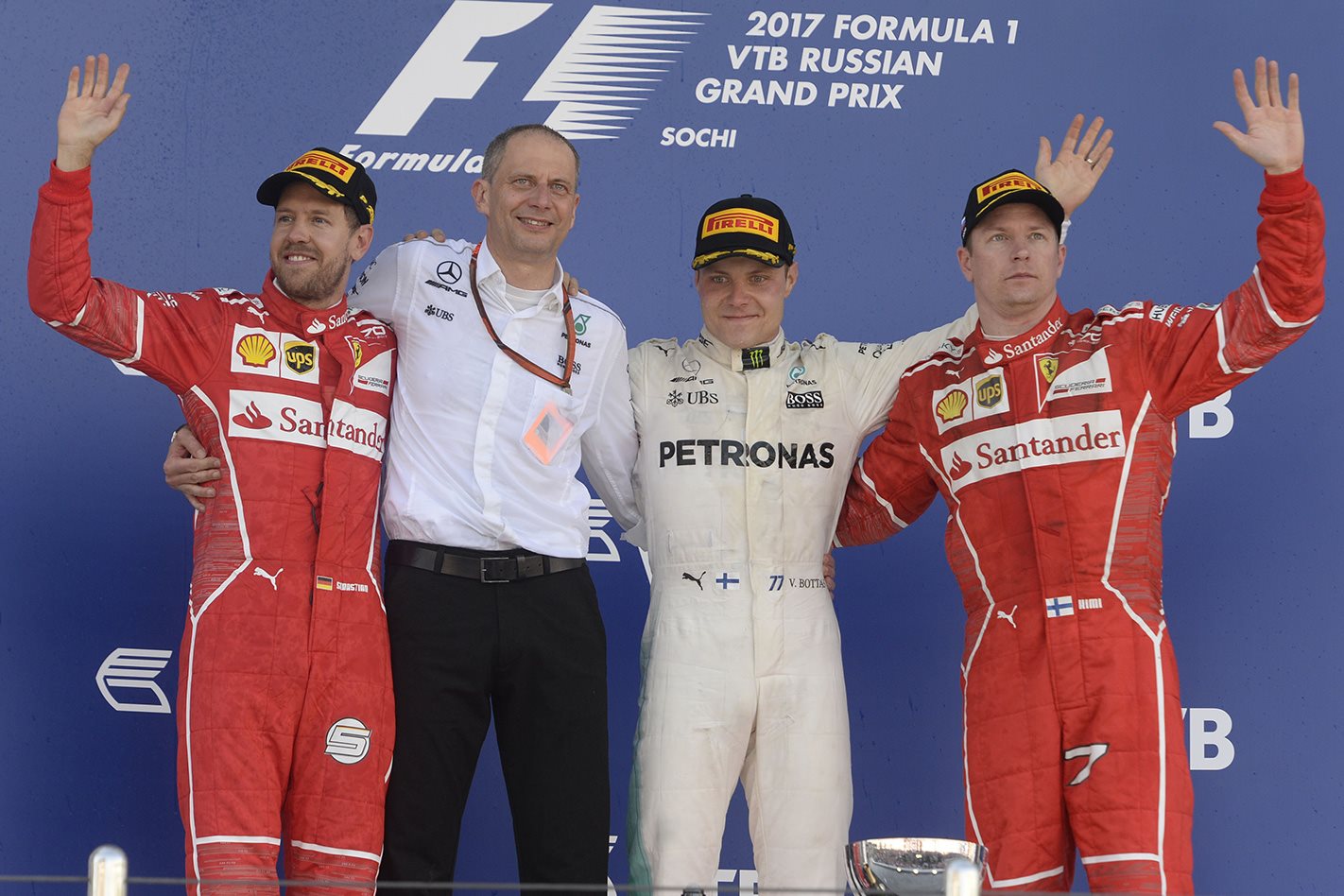 “There’s nothing you can do in Formula 1 in one step which is going to change the position we’re in now. It will come over time.”

Brawn uses Leicester City’s shock triumph in last season’s English Premier League as an analogy for his dream F1 scenario – “where private teams have just as good an opportunity to win a race or even a championship as the large manufacturer teams”.

As Melbourne begins to dismantle the Big Top at Albert Park after first GP of the year, Australia will have provided the first clues to the success or otherwise of the latest rules. And the first sense of life beyond Bernie who was dictatorial yet made millions for many as he dragged Formula 1 out of its chain-smoking, overall-stained amateur days and polished it into the world’s most technically advanced sport.

Greater rule-tinkering is guaranteed in the years ahead, but fans will be satisfied if it means they’re rolling up for what really is the Greatest Show
on Earth.